When Beyonce dropped her “Black is King” project in late July, it quickly drew the attention of millions. Her visual album was lauded as a celebration of African imagery, culture, and language. To depict such things as black power, wealth, history, and most importantly, community, the team behind the project put fashion at its forefront employing the use of several black designers.

One of these designers, Lafalaise Dion, is the brains behind the cowrie shell pieces sprinkled throughout the cinematic masterpiece. In a Harper’s Bazaar interview, stylist Zerina Akers stated, “The use of the cowrie shells was a nod to when they were used as currency. To have them present and on the body in the film was a nod to that opulence, and the past.” Before this, Beyonce had elevated Lafalaise’s artistry by dawning a cowrie shell face mask called Lagbaja in her “Spirit” music video.

Unbeknown to viewers, Lafalaise Dion, 28, a young woman from Bondoukou, a city in northeastern Côte d’Ivoire, had always envisioned herself in the fashion industry. She went from studying journalism at the Institute of Science and Technology in Abidjan to becoming the Content Manager at ELLE Magazine Côte d’Ivoire. 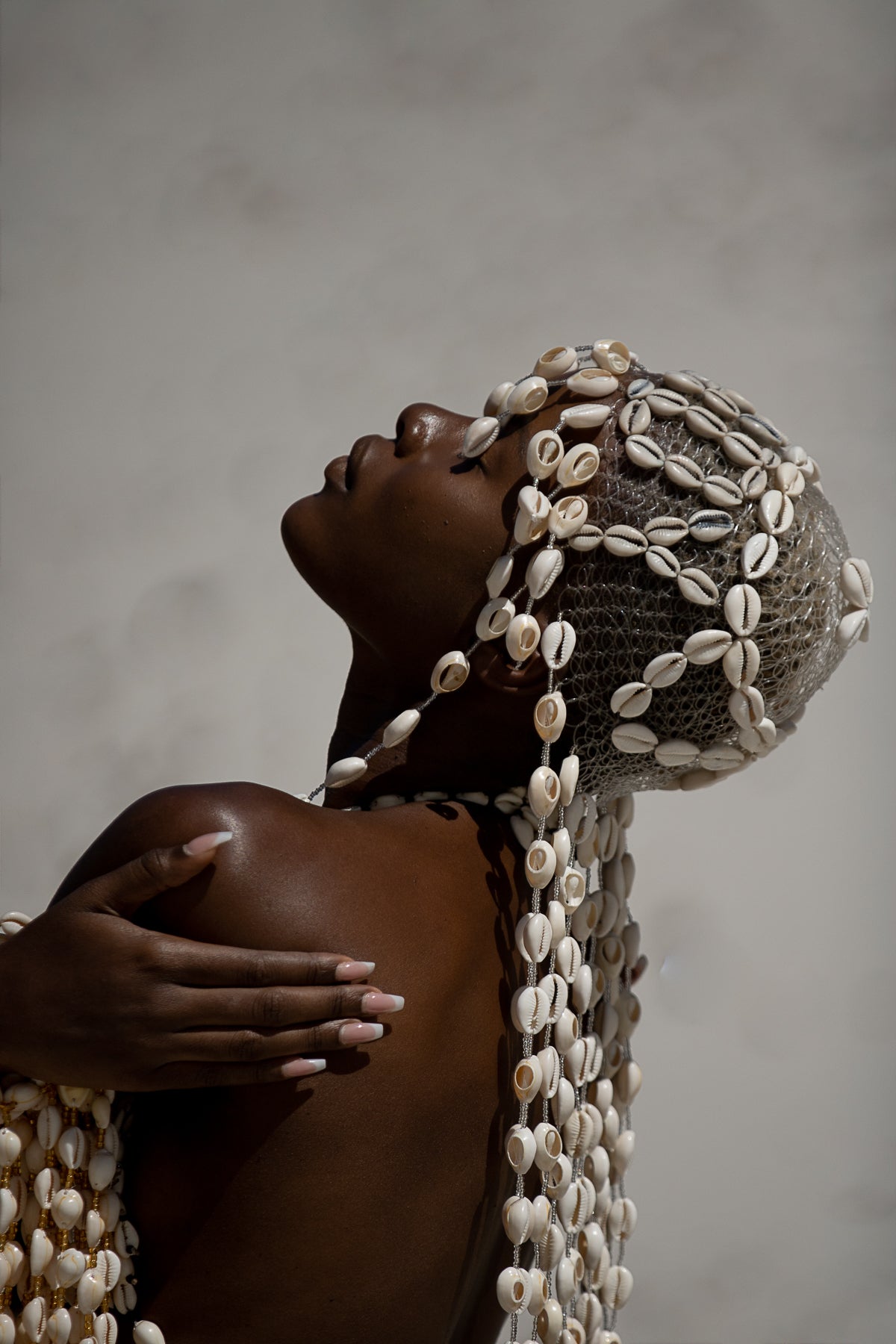 Growing up of Dan (tribe) ethnicity, Lafalaise gawked at temate dancers (traditional) whose headdresses were adorned with cowries as they performed rituals. In her youth, though fascinated, she dared not wear cowries, for they were seen as demonic objects that linked men to spirits. As a young woman, she would immerse herself in books on African spirituality, where cowries were prevalent. The more knowledge she gained regarding the object, the more her attitude towards it was reshaped.

Few are the societies that haven’t been graced by the presence of the cowry. In ancient times, the tiny mollusk was critical along Asian, African, and Arab trade routes. The cowry shell was seen as a symbol of wealth, prosperity, and fertility. Cowries adorned the clothing of dancers, warriors, and the richest families. The more cowries were worn, the wealthier the wearer was believed to be.

Lafalaise’s journey allowed her to solidify her cultural identity. Post a trip to Accra, Ghana, she would experience an artistic awakening that would lead to the creation of her pieces. Without any knowledge in design, she began creating accessories that celebrate ancestral practices and African heritage.

She weaves the tale of how the aforementioned came to be, “The brand was officially launched two years ago in 2018, after my trip to Ghana. I prefer using Lafalaise Dion to talk about my work. I have trouble referring to what I do as a brand. For me, a brand is typically correlated with fashion and that’s not necessarily how I see what I do. I see Lafalaise Dion as more of a movement, a community, and an artist who expresses herself through her pieces. 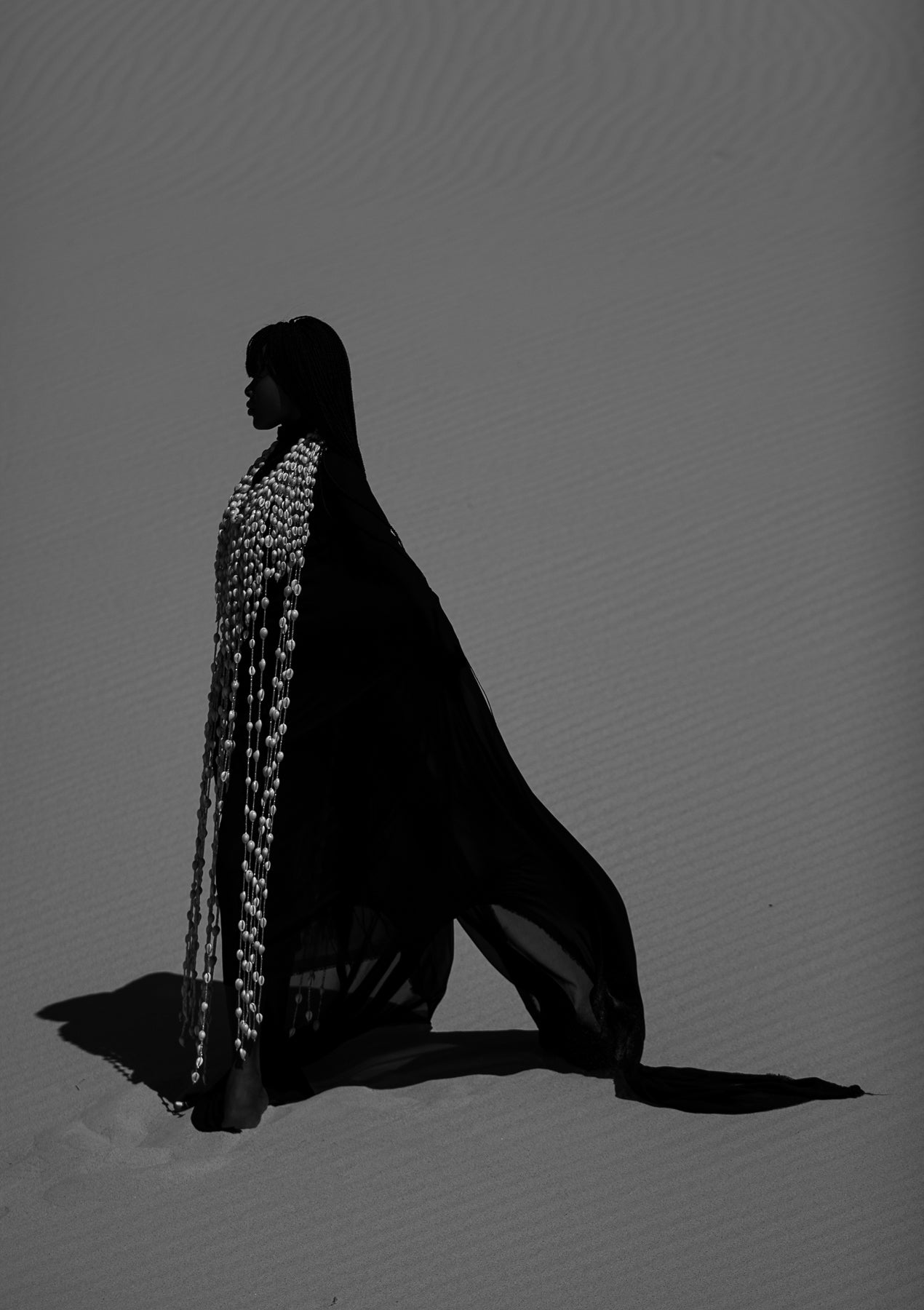 Cowries are my material of choice because they are tied to my story. This all started years ago with me developing an interest in african spirituality. I had this desire to search for what this spirituality meant to me because I didn’t feel connected or attached to other religions. I felt like there was something missing and I didn’t feel like a complete person.” She goes on to say, “My interest in the cowry came from my culture. I’m Dan. I asked my parents questions like: ‘What is spirituality? Who are the gods that existed? Is there a supreme being, in a more traditional sense, that isn’t necessarily the God found in Catholicism or Protestantism?’ It’s here that my parents told me to take a trip to the village to search for these answers on my own. I began a journey on which I met with holy men and documented varying aspects of my culture. The more in depth my study, the more I found answers, and I kept running into the cowry.”

The self-proclaimed “Queen of Cowries” encounter with the cowry was fated. “Cowries are a large part of our identity as Yacoubas or West Africans, in general. The cowry is impactful to my culture—it was used for its monetary value, it was used for its spiritual value to enter in contact with spirits or ancestors, it was used to adorn clothing for it’s aesthetics, and it was used for its representation of femininity for our ancestors. There’s such powerful symbolism behind the cowry that tremendously moved me. I had always searched for something original. I had always wanted to tell my story with a certain touch. My background in journalism called upon me to tell stories,” she said.

Her journey is a form of activism. “I have always been against the mental alienation of african societies because I feel we have gotten too far away from who we are. We have gotten away from our source and this has caused our societies to be imbalanced. In order for us to refind balance, we must return to the source. ‘How do we return to the source?’ I think it’s a personal journey and this is my personal journey,” she says. When she placed her first cowrie piece on her head, she did so knowing she had left Côte d’Ivoire for the first time to partake in Ghana’s Chale Wote Street Art Festival, a festival of great social significance. It was her way of saying, “I am wearing my heritage with pride whether you like it or not. I am proud to be African.” From her research, she recalled women often wore cowries in their hair and decided she needed a crown upon her head. The responses she received— one of which was a Vogue feature—led her to the conclusion she couldn’t stop at just one piece. 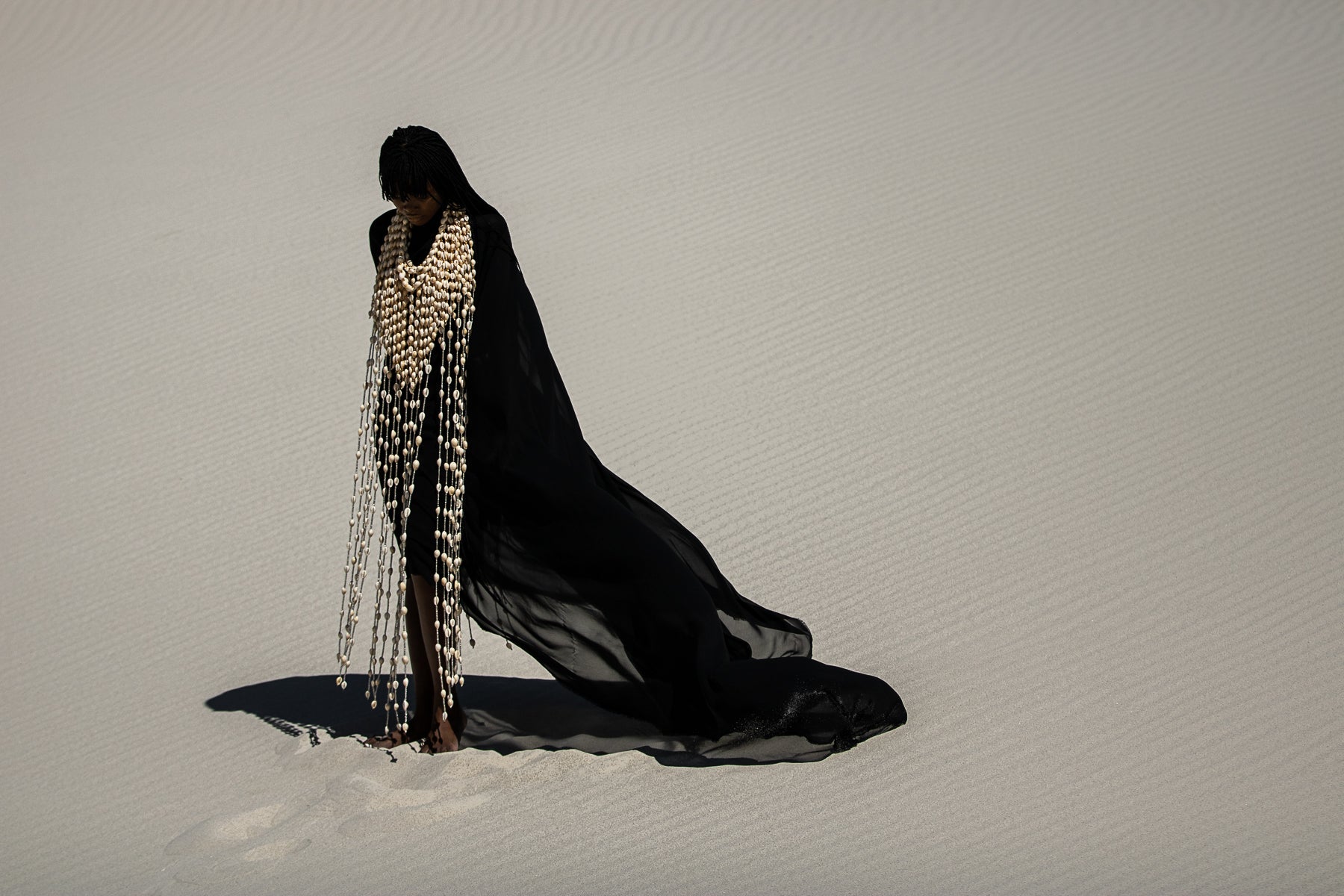 “African culture is so rich in its visuals. It is incredibly beautiful and there are so many things one can take from it. I am proud to represent Africa, Côte d’Ivoire and to honor my ancestors. I am filled with a sentiment of collective pride. What I do is for a whole community…The message I want to convey has to go as far as possible, ” Lafalaise says.

As unique as the message Lafalaise wants to convey is her process. Each piece conceived represents an aspect of her personality and/or the most distinctive traits of an african deity. In her beginnings, she would imagine a piece, put pen to paper, create using materials sourced from merchants in local Ivorian markets, and wear said piece until she was satisfied enough to present it as a new item. Today, she’s got a team of artisans to do manual labor so she can spend time drawing inspiration from nature and the energies that surround her.

Lafalaise Dion’s work has been embraced by a global community of muses— including the likes of Ebonee Davis, Janelle Monae, and Deontay Wilder. Her aim of sorts is for the continuity of what she’s already done—work rooted in creating human connections. She ends with, “I see Lafalaise Dion as a movement that will leave its mark on the african continent and on the entire world.”

The designer and the brand are based in Abidjan, Côte d’Ivoire. These pieces can be found on the e-commerce website, Afrikrea.com, and will also soon be available on her website.This interview was conducted in french and has been translated and edited for clarity.