THIS is the incredible moment a bride ended up catching her OWN bouquet of flowers after she tossed it at her wedding.

A clip posted to Reddit shows the bride turning her back on her waiting female friends, and preparing to throw it back towards them. 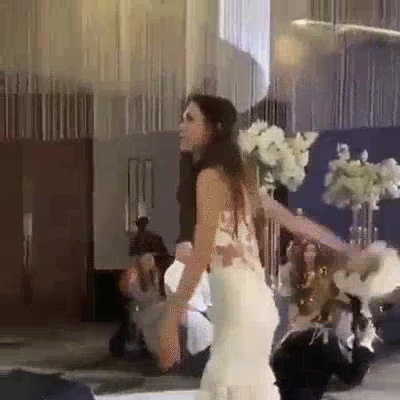 As she flings her bouquet behind her, the flowers get caught in dangling decorations from the ceiling and swing back towards her.

The bride then catches her flowers as they fall down from above and she is left in hysterics sitting on the floor in front of her guests.

The video was shared on Reddit with the caption “HMC [hold my Cosmopolitan] as i catch my own flower at my wedding.”

The hilarious clip amused internet users, with some saying it might have been a sign of bad luck. 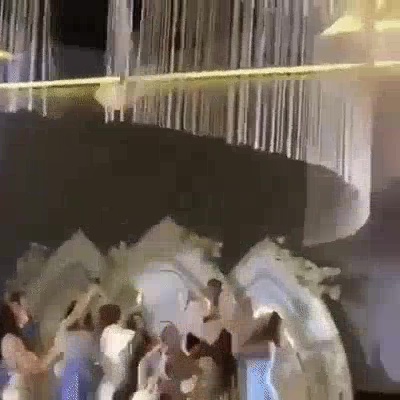 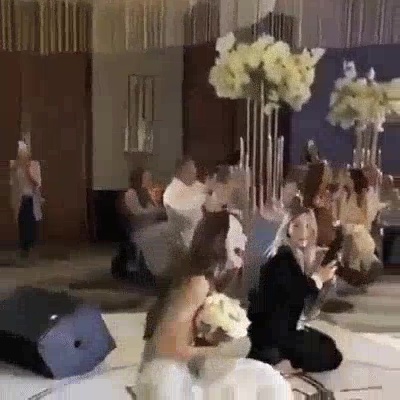 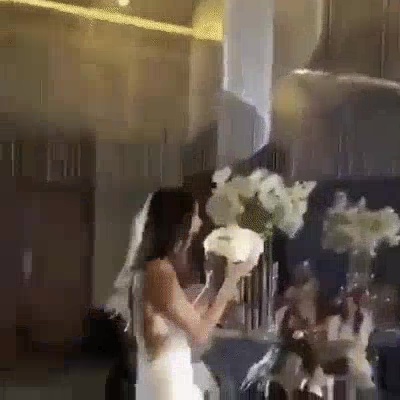 One wrote: “This means the marriage has been nullified, everyone can go home now.”

Another added: “This is equivalent to pressing CANCEL.”

Meanwhile, one joked: “Divorced and remarried before any of her friends tie the knot. This girl is a trainwreck.”

We shared how a guest was slammed for wearing ‘tacky’ white beaded dress to her sister-in-law’s wedding – after refusing to be a bridesmaid.

Plus this couple were slammed for sending out an expletive-ridden wedding invitation to their friends and family.

While this Disney-mad bride splashed thousands on her big day with references to her favourite characters throughout the ceremony.