LONDON — Sir Paul Smith is preparing to roar back to life post-pandemic with the opening of a vast shop and gallery space on Wooster Street in SoHo, and a series of exhibitions planned with local New York artists.

The store, which spans nearly 5,000 square feet, will carry men’s and women’s wear and also features a circus mirror, a reproduction of an original piece from Smith’s personal collection.

Other bits of the interior are meant to conjure an artist’s studio, such as display racks on caster wheels and photographic light boxes placed here and there. Paintbrushes cast in bronze double as doorhandles.

A neon sign in the window of the 88 Wooster Street building emits Smith’s positive vibes, reading: “You can find inspiration in everything, and if you can’t, look again.” 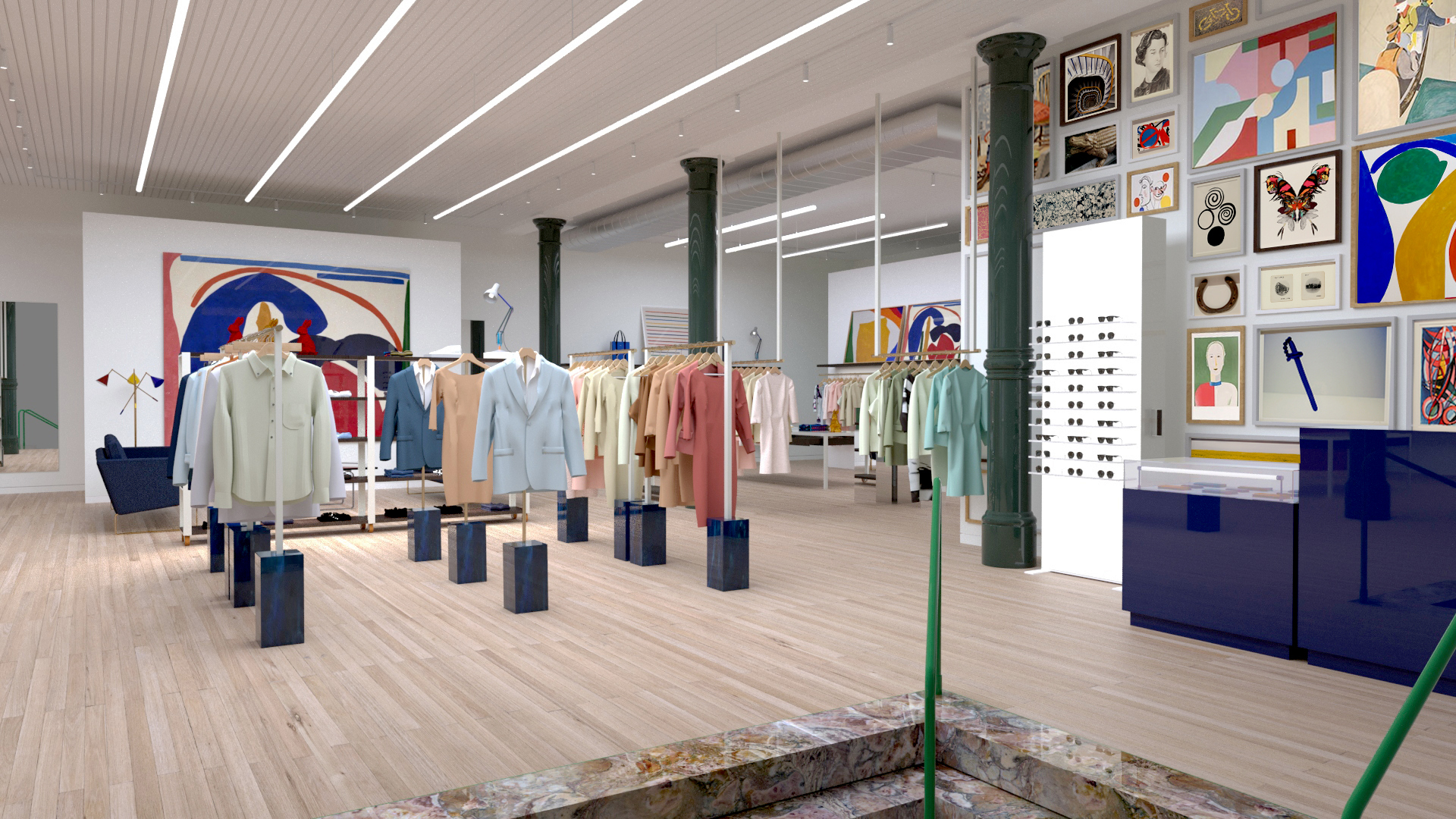 This is a major year for Smith, who is marking 50 years in business, and who last month was named a Companion of Honour by Queen Elizabeth. The British honor recognizes major contributions to the arts, science or medicine, and means that Smith will join an exclusive group that already counts J.K. Rowling, Sir Elton John and Sir Paul McCartney as members.

For the opening exhibition, the Wooster Street shop will showcase the large-scale works by David Matthew King; ceramics by Kyle Lee, and limited-edition etchings by Isca Greenfield-Sanders. All of the art is bright and colorful.

King’s naïve works and big streaks of color were already a hit at Smith’s Albemarle Street store in London, according to the designer.

Smith said he commissioned King, a California native who lives in New York, to create large-scale pieces for the opening, and there are plans to show smaller works and works on paper going forward. 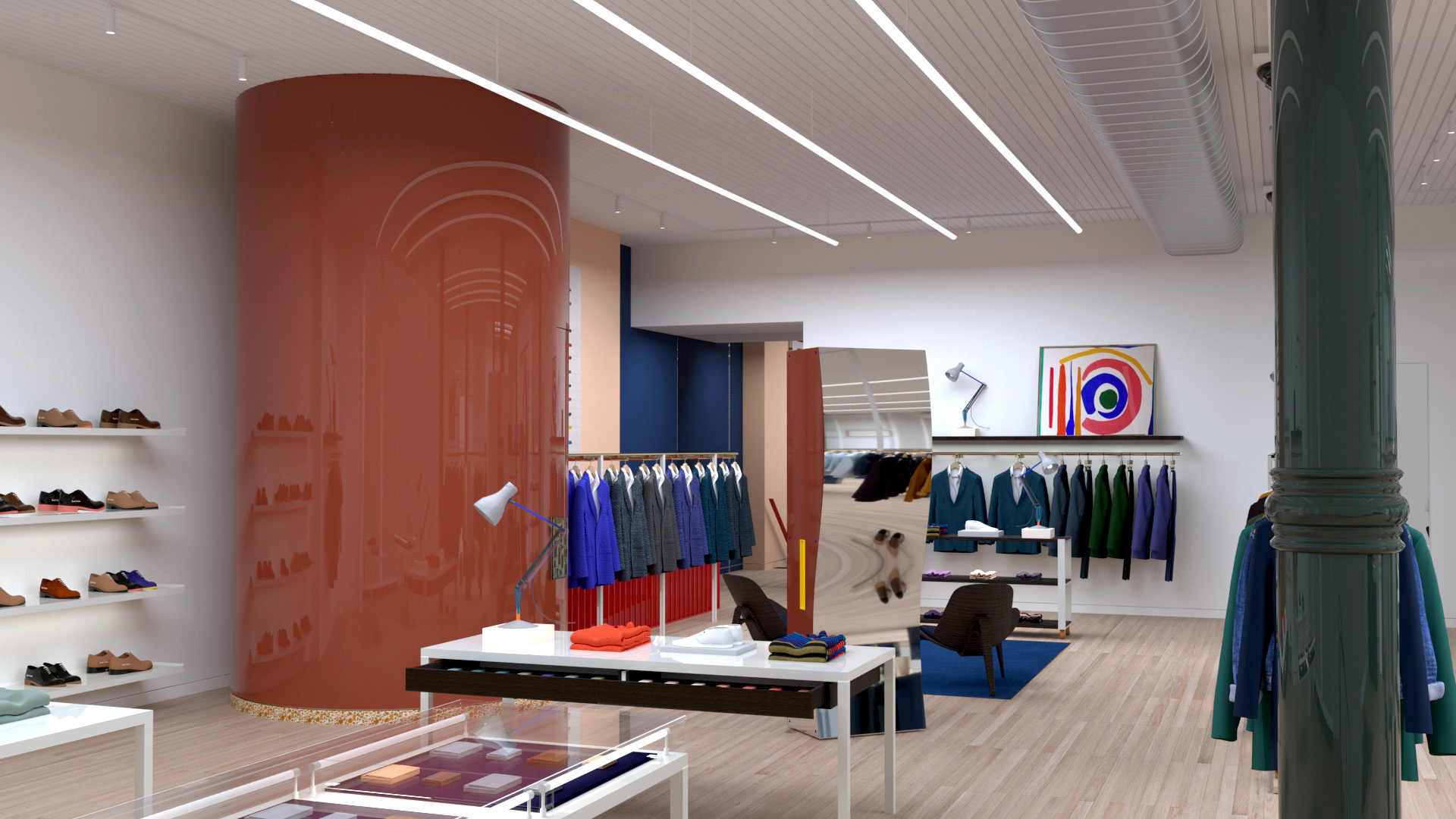 Lee, meanwhile, created abstract, hand-painted vases in a range of styles and sizes, with colors inspired by Smith’s fall 2020 collection. Smith said that Lee has a day job as a tech professional on Wall Street, and creates his art on weekends and at night after work.

Smith said that painter Greenfield-Sanders’ prices were too steep, but he did manage to buy two of the artist’s etchings. The artist is known for her mixed-media depictions of vintage photographs.