She’d recently separated from her husband of 29 years and her beloved parents had not long died, leaving her a tidy inheritance. 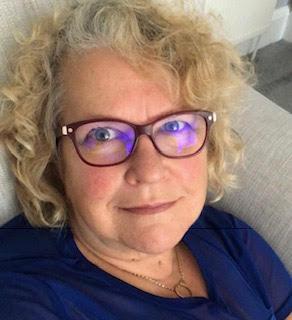 Her well-meaning friends, knowing she was lonely, had encouraged her to seek out a partner.

The 65-year-old, from Stirling, Scotland, told Fabulous Digital: “I wasn’t in a good way. So when this grey-haired, twinkly-eyed man contacted me I was so pleased… I felt important.”

Roy said he was from Texas, USA, and, as a military man, trained snipers in Qatar in the Middle East.

Despite it seeming far-fetched, retired Marlyn believed him. Now she thinks it was because she was at a point in her life where she was desperately vulnerable. 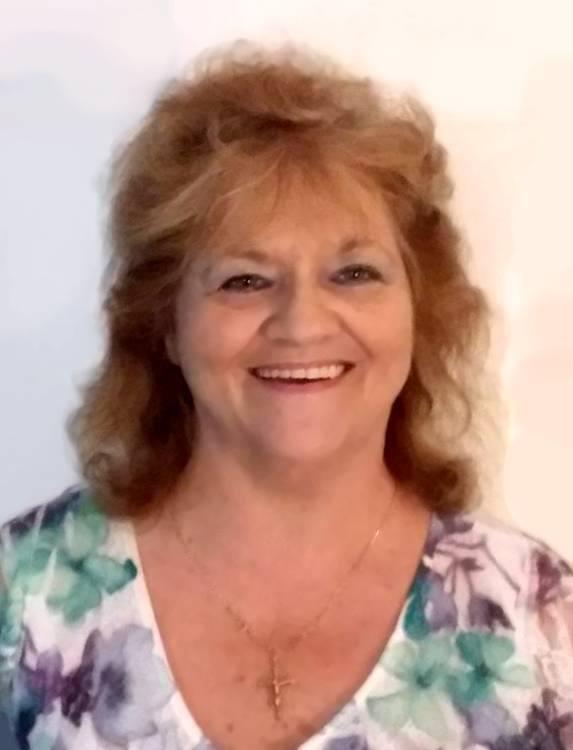 She said: “He said he was working out of Qatar. He said he was from America, a Texan, but usually lived in the south of England. He said his name was Roy and he was 59. He was quite good looking, enough to make me interested. I was flattered.”

The pair got talking with Roy telling her about his life in the Middle East. She wasn’t even concerned when after just days his later profile picture of a middle-aged white man vanished to be replaced with nothing.

She said: “He told me virtually straight away how much he liked me. I got really caught up in the situation and told him all about my life.

“We would message a lot. It sometimes felt like it was all day, every day. It became an ongoing thing. You’d get a rest at night but it was demanding.

“He told me how he’d been in the American military but was retired and was training troops out of Qatar.

Fabulous Online is always on the lookout for jaw-dropping, tear-jerking and heart-wrenching stories to feature.
Join our Facebook group  or email us us to make £££s by sharing your story.

“He told me both his parents were dead and that he had no relatives he kept in contact with. I felt sorry for him.”

Just a few weeks later he suggested they talk on the phone, explaining to Marlyn he had a phone but no way of putting money in it. “It cost £50 to put money on the phone which was nothing to me,” she explained. “Before Christmas last year was the first time I spoke to him.

“It was a very quick phone call. Because I was hooked by this time I didn’t really pay attention to what he sounded like but it definitely wasn’t a Texan accent. I should have heard the warning bells then but I didn’t.”

Over the next few weeks she transferred cash to him via her bank. She said: “I paid him in different ways. Some bank transfers were to Nigeria which should have flagged up concerns.

"But others were to accounts in the south of England and a lot of it was me taking huge sums of cash out and transferring it via Moneygram.” 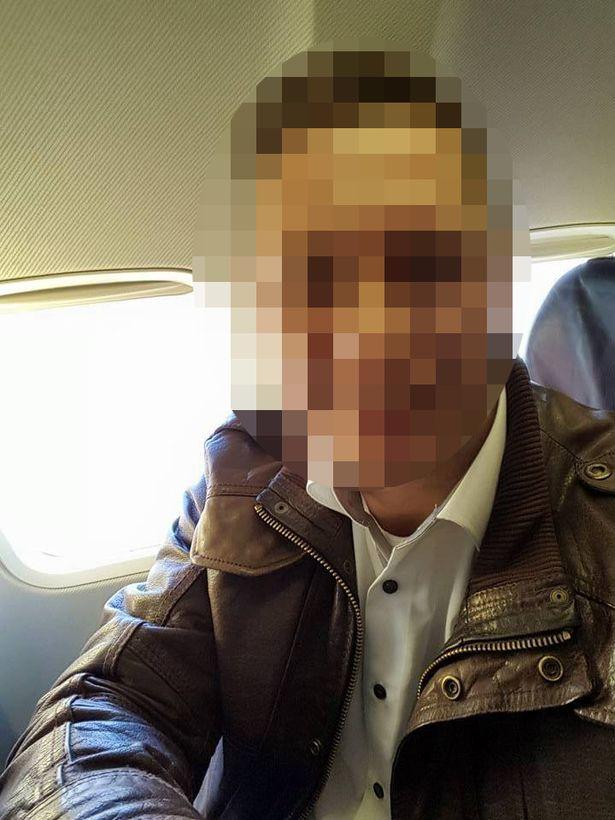 Roy said the money was for various different things. “He needed to pay a certain amount to release himself from his contract so he could see me,” she said. “That gradually got more and more.

“He needed to visit America. He couldn’t access his account, he explained. Now it seems ludicrous and I did ask him for explanations but he always had an answer. I suppose at the time I was gullible.”

In total Marlyn said she spent about £25,000 on Roy over a few months. “It started as small amounts, larger each time, and gradually more regular,” she continued.

“It ended up with him saying he needed money to get out of hospital in Qatar because he had been involved in a fatal accident."

Marlyn admitted she felt “waves of panic” about handing over so much money. Eventually, concerned she was being scammed she contacted the police who she said referred the to the fraud department.

“They said they would investigate and I handed over the paperwork but they haven’t been able to trace him,” she explained.

“They said to stop giving him money. He continued to message me but I told him no and eventually he stopped.”

It started as small amounts, larger each time, and gradually more regular. It ended up with him saying he needed money to get out of hospital in Qatar because he had been involved in a fatal accident

It should have been the end of it. But Marlyn fell for the same scam again just months later.

She said: “I was still feeling very lonely. I only told two friends about what had happened. I was told not all men were like this. Still you’d think I wouldn’t fall for it again.”

Back on the dating sites, she was approached by another good-looking man who said he was called Irwin.

This time the scammer said he was from the north of England. “He said he was a military doctor on a short trip abroad in the Middle East,” she said. “But his time out there grew and grew as we spoke to one another.

“His stories were virtually the same as Roy’s had been. I knew this time it was a scam. It was the same story again and again… but I couldn’t stop myself from falling for it. This time the bank noticed it and contacted me.”

However, Marlyn had spent another £25,000 – money she is unlikely to get back. Still, she had learnt her lesson and has vowed never to fall for romance scams again. 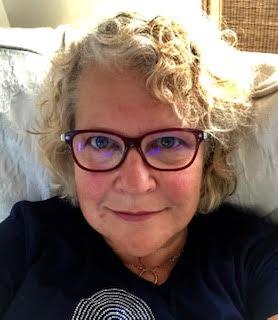 “Now I am much happier and won’t fall for it again” she said. “I’m single and much more cautious but I want to warn other women. There are a lot of people who care about me and I have learned to like myself again. I wanted to tell this story as a warning to others.”

Sadly Marlyn isn’t the only woman to have fallen victim to romance scams.

Last week we revealed Deborah Harmon, from Homosassa in Florida, was tricked by a con artist after accidentally accepting a friend request on Facebook.

The 63-year-old felt that genuine romance had blossomed between herself and the stranger, who sent her a picture of a handsome 40-something gent he claimed to be and promised they would set up home together.

When they eventually spoke by telephone, he had a German accent, however no suspicions were raised with his victim – who by then had fallen for his charms.

Now Deborah, who has been widowed for 20 years and has no surviving family, is speaking out about her ordeal to warn others.

I wasn’t in a good way. So when this grey-haired, twinkly-eyed man contacted me I was so pleased… I felt important.

The con artist sent her a picture he said was of himself and a picture of his passport to persuade her he was real. He told her he lived in Manchester and she sent him £50,000 life savings

Deborah said: "He said he was madly in love with me and that we would definitely be together and that he knew I was the one for him. He wanted to have a family. He said he had a son and he wanted me to be a mother to his son."

Asked if she reciprocated, Deborah said: "I did. I do. I do have feelings for him but I can't trust him. I'm very naive. I could kick myself."

On average, the charity received 10 reports a day from victims of romance scammers, with 18 percent of them being left at risk of bankruptcy.

They added: “Once a fraudster using a fake dating profile is confident that they’ve won your trust, they will tell you about a problem they’re experiencing and ask you to help out by sending money." 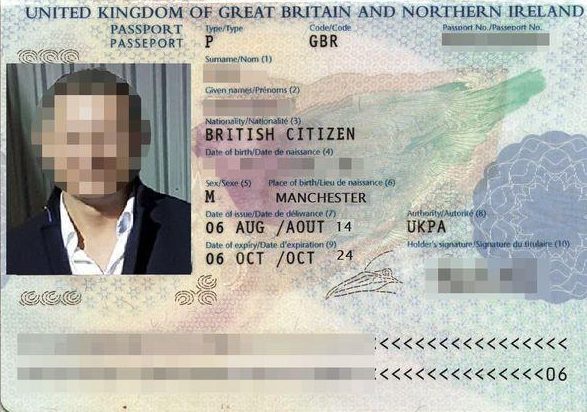 “They may have arranged to visit you, but need money to pay for the flight or visa. They may tell you everything has been booked but their ticket has been stolen, and you need to send money quickly to get them on the next flight.

“Alternatively they may prey on your sympathies, telling you a family member or someone else they are responsible for is ill and they need money for medical treatment.

“Once you send them money, the fraudsters will keep coming back and invent new reasons to send them more.”

Wayne May and Kari-Anne Liebling run ScamSurvivors.com, where they dedicate their free time to exposing online fraudsters conning lonely hearts out of their hard earned cash.

Our tips to avoid being stung by dating scams

The forum's been running since 2012 and Wayne claims their website is visited by around 9,000 people from all over the world every day. Typically, two to three of these enquiries are about victims from a romance scam.

"We get emails from victims or from people who reckon they're friend or family member is being scammed," Wayne explained. "Then we'll run some checks on the email.”

Police Scotland confirmed they had received a report of the case and referred it to Action Fraud.

An Action Fraud spokeswoman said: "Action Fraud can confirm that it received a report on 11 May 2018. "The report was made to Action Fraud by Police Scotland. It was assessed by the National Fraud Intelligence Bureau at the City of London Police which found there were not any leads that would result in a successful criminal investigation.

"The international nature of fraud poses difficulties in tracing payments and suspects. With 250,000 crimes reported to Action Fraud a year, not all cases can be passed for further investigation and the National Fraud Intelligence Bureau prioritises those cases with viable lines of enquiry. A letter has been sent to the victim to explain that the case is not being passed on for investigation."

Meanwhile, fraudsters posing as Chris Hemsworth convinced a lonely woman, 42, Hollywood heartthrob has fallen in love with her in £11.5k romance scam.

And meet the online vigilantes exposing dating scams which con thousands out of people.