The 27-year-old financial consultant, from Sevenoaks, Kent, and partner Tracy Kiss, 30, was concerned about his swimmers after reading a study online about decline fertility levels in Western men – and with good reason. 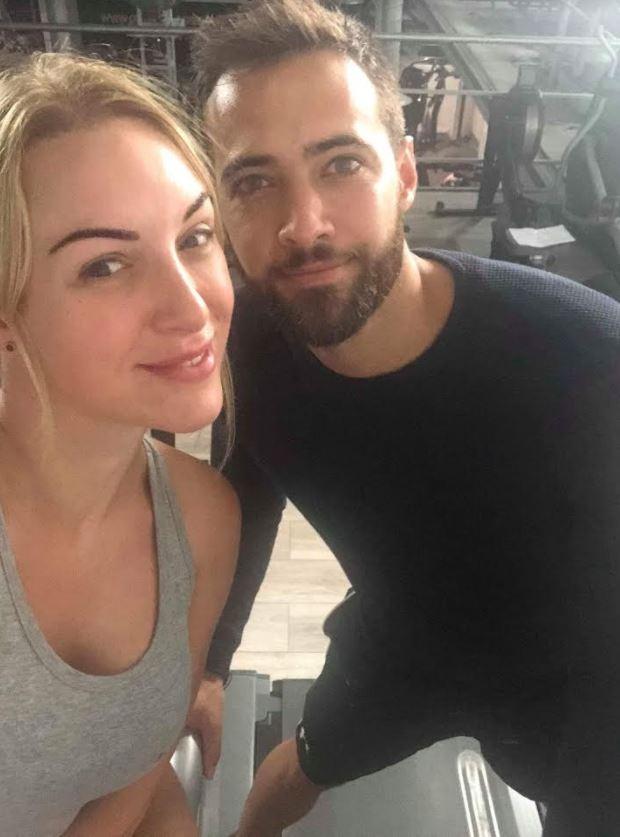 It emerged Freddy had a low sperm count at 5.9million per ml while the average range is between 15 million-20million per ml.

But now, just a year after the original test, Freddy has increased his sperm count nearly ten-fold. His swimmers now number an impressive 51 million per ml. “But it didn’t come easily,” he said.

He's now revealed to Fabulous – as part of National Fertility Awareness Week – exactly how he did it.

I’m not going to lie. When Tracy said she wanted me get my sperm tested, I was surprised. 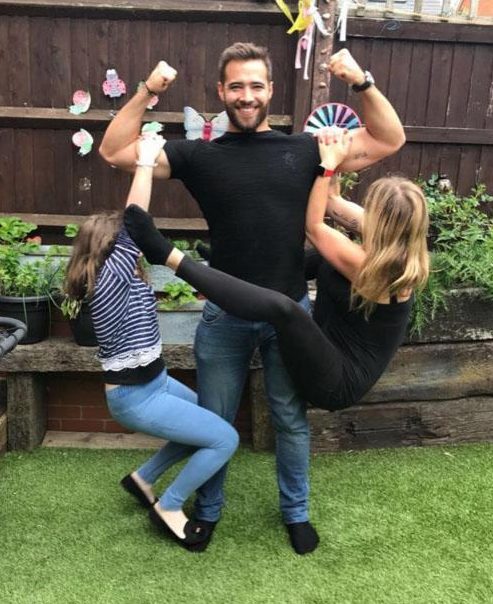 We hadn’t even been together long and I assumed everything was hunky-dory. Why wouldn’t I? I was only 27 and reasonably healthy.

But she explained to me, even though she was already mum to Millisent, 11, and Gabriele, six, she really wanted the opportunity to have more children.

And although I hadn’t thought about it beforehand, I realised I also wanted to be a parent in the future.

So we headed to the Oxford Fertility Clinic, who help both private and NHS patients, and both paid around £190 for a test.

There, a nurse showed me to a room and I was given a magazine and tissues and created a sample. 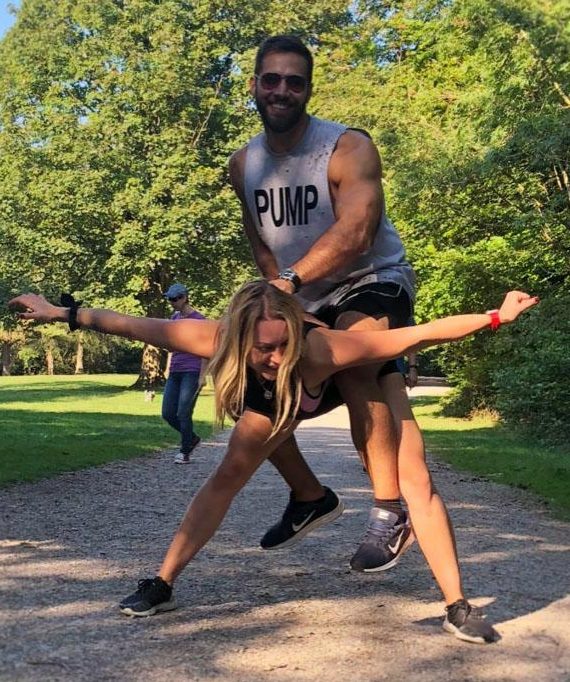 I wasn’t in the least worried as I didn’t anticipate there would be a problem. It was a bit embarrassing performing in the clinic, but I figured they’d seen it all before.

We went home and got on as normal, with me not for a second thinking that there would be any cause for concern.

But just weeks later we were called back to the clinic for our results. The consultant spoke to us together, revealing details of Tracy’s scans first. Her egg count was good – everything was in order.

But when it came to me it wasn’t so positive. He told me the news no man wants to hear – I had a low sperm count.

My results showed a sperm count which was about a third of what was considered normal, and what sperm I had wasn’t performing well.

Their mobility rate was really low, basically they were slow swimmers.

Of course I was devastated. It’s not what you want to hear. You automatically assume that your results be fine and that there won’t be any issues surrounding them.

I'm not going to lie, I felt emasculated. To hear, suddenly, that actually maybe everything won’t be OK was a blow. 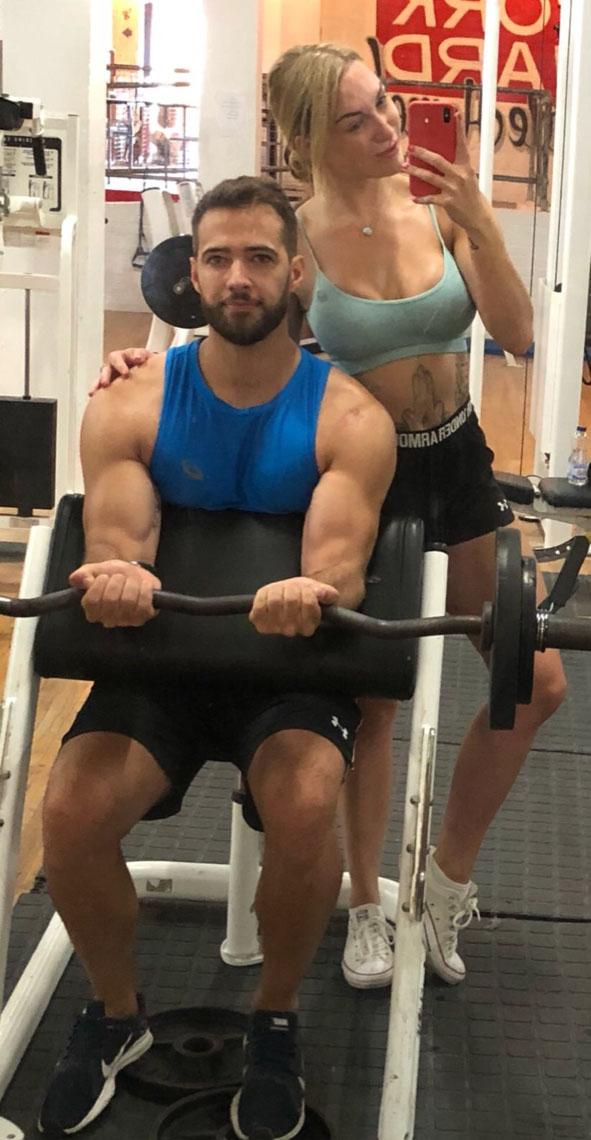 I suddenly realised I might not be able to have children and it was very disappointing. But I’m not one to reflect sadly. Instead I asked the doctor straightaway if there was anything I could do to improve my sperm count.

Professor Tim Child, who works at the clinic, asked me about my lifestyle and I realised, while it wasn’t unhealthy by any means, it could be improved.

When it came to me it wasn’t so positive. He told me the news no man wants to hear: I had a low sperm count.

I smoked. Not a lot, but around 25 to 30 cigarettes a week – that has a huge impact on fertility.

The NHS confirms this, saying that "excessive alcohol consumption and smoking" causes low sperm count. So, straightaway, I cut that out. I haven’t touched a cigarette since.

I also cut down on alcohol, going from three nights out drinking a week to a couple of pints a month.

One thing that surprised me was the impact computers can have on a man’s fertility.

A hot laptop pressing against your testicles can kill off sperm – and I spent a lot of time with my computer on my lap.

So now, at work, I always get up, walk around every hour and make sure I am keeping my parts cool.

Previously I would also spend a lot of time driving around the country. It made it difficult to eat healthily and I would spend hours in hotels, having carb-heavy meals. 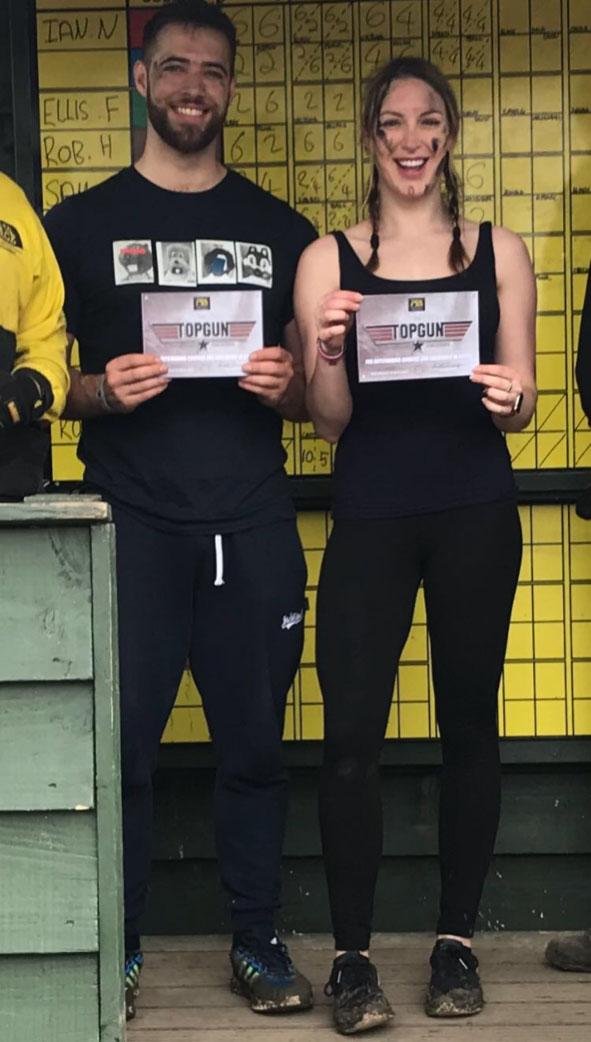 I’d fill up at service stations too – it wasn’t healthy.

If you want to have the best sperm possible – and I do – you have to make sure that your diet is great.

So out went the steak and chips for dinner and in came salmon, fruit and lots of veg. I’ve basically adopted a Mediterranean -style diet.

I’d have toast for breakfast before but now I have low-fat yoghurt and lots of fruit. Lunch was pasta – but now it’s banana pancakes with honey and fruit.

I’ve virtually cut coffee out of my diet. I used to have six or seven cups of coffee a day and now I hardly drink any at all.

I also make sure I drink plenty of water, at least two litres a day.

I started taking multi-vitamins including some specifically for fertility.

What causes a low sperm count?

According to the NHS, a low sperm count, also called oligozoospermia, is where a man has fewer than 15 million sperm per millilitre of semen.

Having a low sperm count can make it more difficult to conceive naturally, although successful pregnancies can still occur.

Sometimes problems with sperm count and quality are associated with:

I’ve changed my fitness style as well. Before I would focus on weights but now I am looking after everything, so my body is really balanced.

And it’s paid off! Because this week we went back to the clinic for our new results, having submitted new samples.

I was nervous waiting for them but I needn’t have been, because I’d turned it around in a year and now have really strong swimmers. It’s great news. I’m chuffed – Tracy is too.

I literally jumped around screaming when he got his results, I’m so happy for him because I know it means so much.

For our future it’s life changing. Nobody ever thinks about fertility until you discover there’s a problem and it’s too late.

Just as we plan contraception to prevent pregnancy, we should be educated in how to plan for a safe and healthy pregnancy when the time is right. 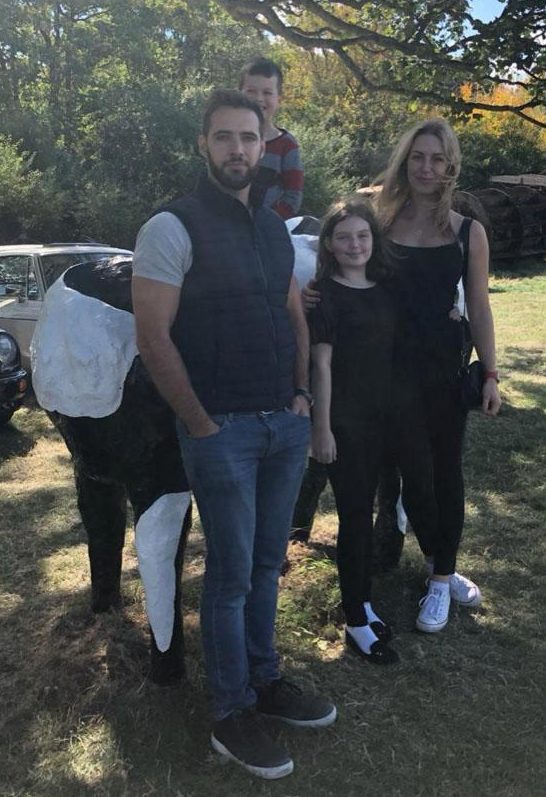 It was awful to think when we’d first got together and discovered Freddy had a low sperm count because we’d spoke about what we wanted in life – from moving in together to getting married and having children.

To think he may never father a child was such a shocking concept to accept.

It made us re-evaluate how we saw our future together, to think if his fertility was dropping quickly we would have moved our plans forward to have a baby, rather than wait too long and potentially never be able to have a child of our own together.

I’m astounded he’s increased his sperm count and quality so much. We were hoping he might hit the minimum level of fertility (15million sperm per ml) but 51million was phenomenal.

I’m very much against smoking and when we first met I made sure he quit which I think has really helped his sperm quality.

We’ve found a nice routine of working together at the gym, eating clean and healthy and cutting down on partying.

Being vegan I’ve made it my mission to get Freddy to eat more fruit and vegetables as his plate was always stacked with just meat and carbs before – now he goes meat-free for the majority of the week and feels far better. 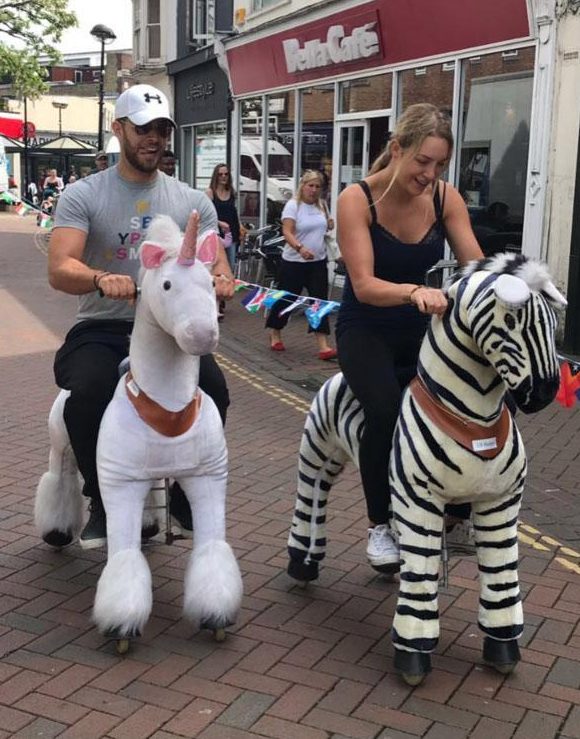 Freddy has made lifestyle changes over the last few months that have significantly improved his sperm count and mobility.

He also says he feels better in himself for having made these changes.

Freddy’s case is a perfect example of how men really can improve their own fertility, and how speaking to a fertility doctor can help guide them in the right direction.

Why has sperm count plummeted so low?

Sperm counts have plummeted by nearly two-thirds since the 70s, a major study reveals.

Humans could become extinct, experts warn as they blame modern living for damaging male fertility and warn the shocking findings are a “wake-up call”.

They found men in Europe, the US, Australia and New Zealand have seen their sperm concentration fall by 52 per cent in the past four decades.

And sperm counts have dropped by 59 per cent in the same period.

One in six UK couples struggle to get pregnant.

And more than two per cent of babies in the UK are conceived annually through IVF – around 13,000 in England and Wales alone.

But researchers found blokes in South America, Asia and Africa have been unaffected.

The findings are published in the journal Human Reproduction Update.

Love real life stories? We're always on the lookout for case studies to feature on Fabulous Online. Join our Facebook group and you could make money by telling your story.

Love baby news? Well meet mum Sarah – who gave birth in a forest (and was watched by 1.4 million people).

And this mum gave birth outside a strip club… we bet she didn't expect that. 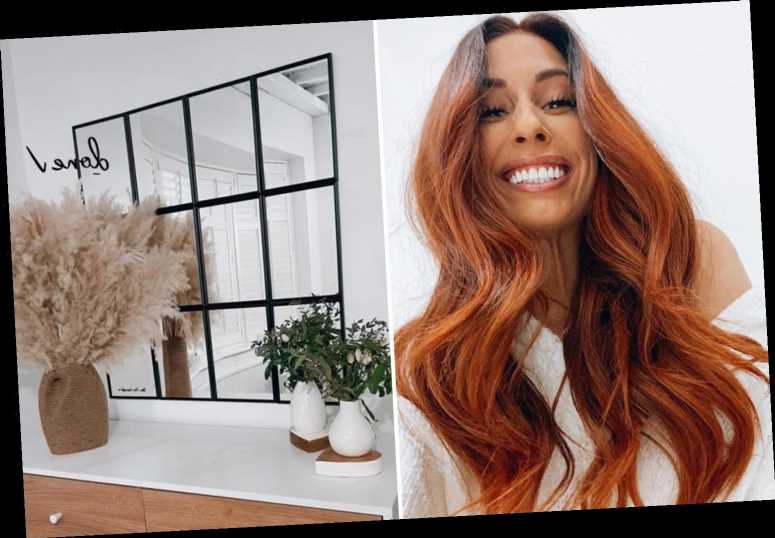 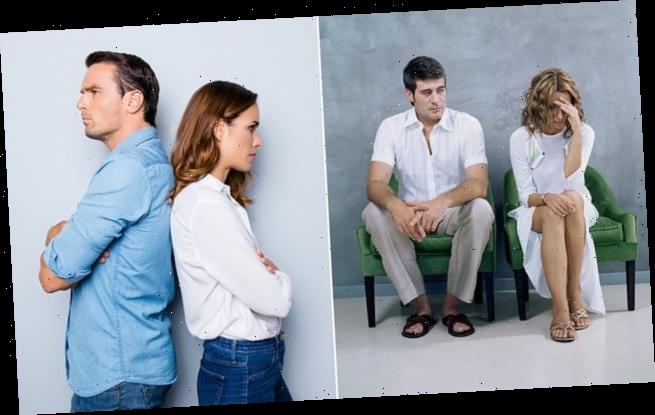 ANNA STEVENS shares the lessons she learned from her hideous break-up
We and our partners use cookies on this site to improve our service, perform analytics, personalize advertising, measure advertising performance, and remember website preferences.Ok