KERRY Nevins was at her wits end when her baby refused to settle anywhere other than on her chest.

The 41-year-old from County Down, Northern Ireland, used to watch hopelessly as relatives tried to soothe her son, counting down the minutes until they gave up and handed him back to her. 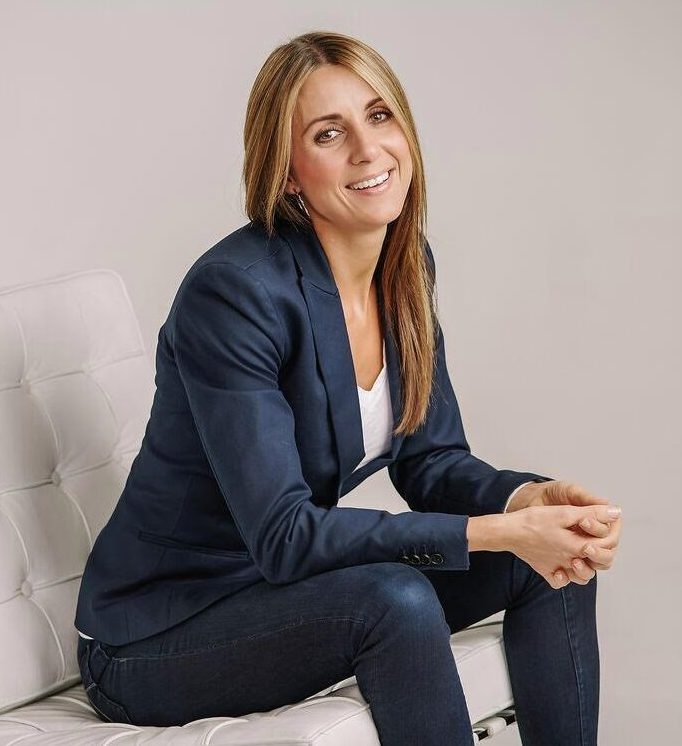 She recalled: “My son Harry screamed unless he was on my chest or in my arms.

"My aunt was certain the bumping of the pram would send him off to sleep. But, after 15 minutes, she’d always return defeated, wondering how on earth I was coping with it.”

Kerry spoke exclusively to Fabulous Digital for #BossingIt, our series about ordinary women who have launched incredible businesses, about how her son's sleeping habits sparked her million pound business idea.

In 2003, mum-of-two Kerry just wasn’t coping. Ten-week-old Harry screamed whenever he was on his back, in a baby swing, car seat, bouncer or pram. 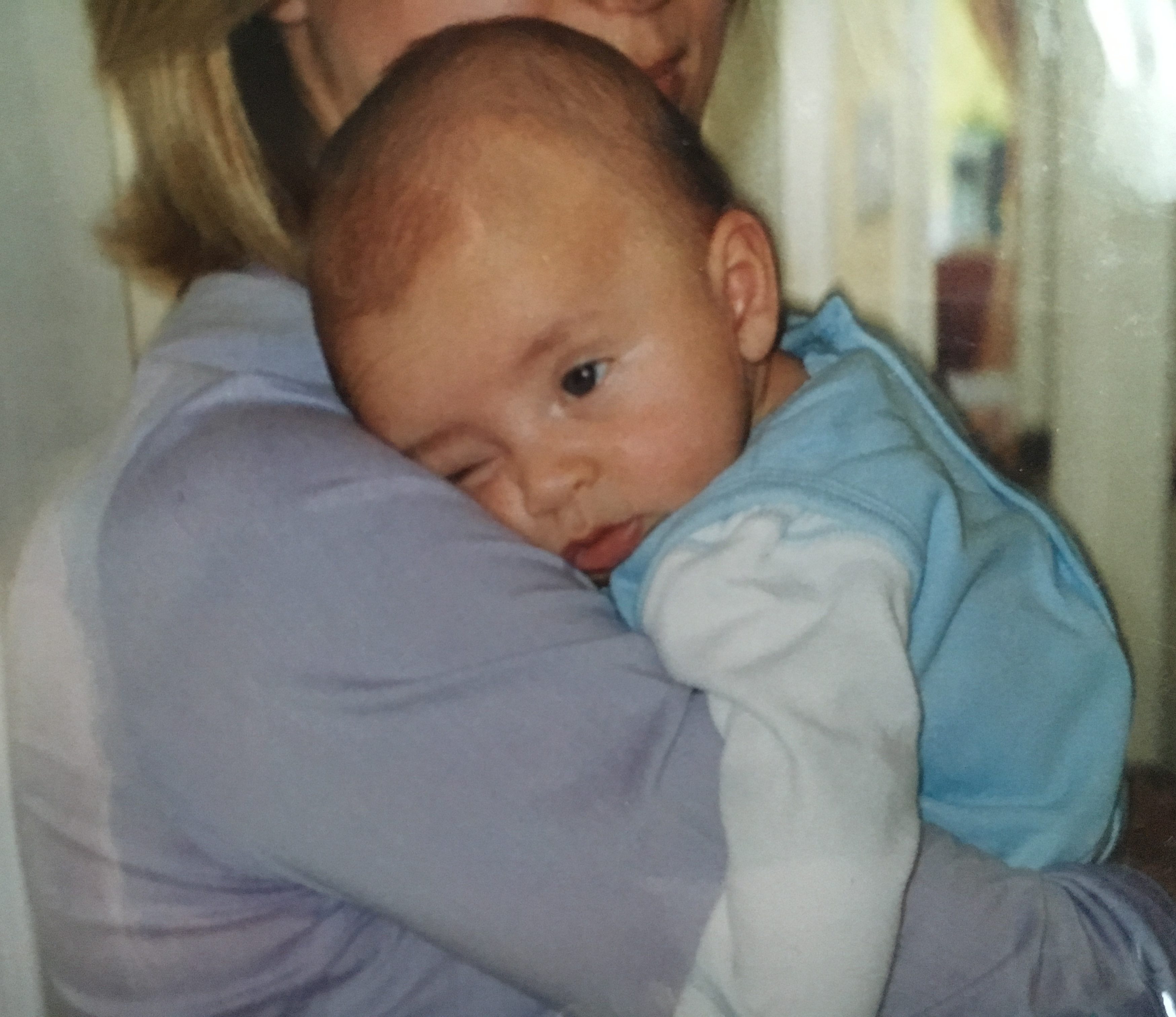 Doctors diagnosed colic but nothing seemed to soothe the pain Kerry could see in her son.

She said: “The only place he didn’t cry was on my chest. It was exhausting as I couldn’t eat, sleep, drink or shower unless somebody else was around to hold Harry.”

With her two-year-old Amy to also look after too, Kerry was at breaking point.

“I needed a reverse baby rocker so Harry could lie securely on his tummy, and upright – the same position I held him in,” she said.

“I called Mothercare, John Lewis and local baby shops  but none had anything remotely like what I needed. I couldn’t believe it didn’t already exist.” 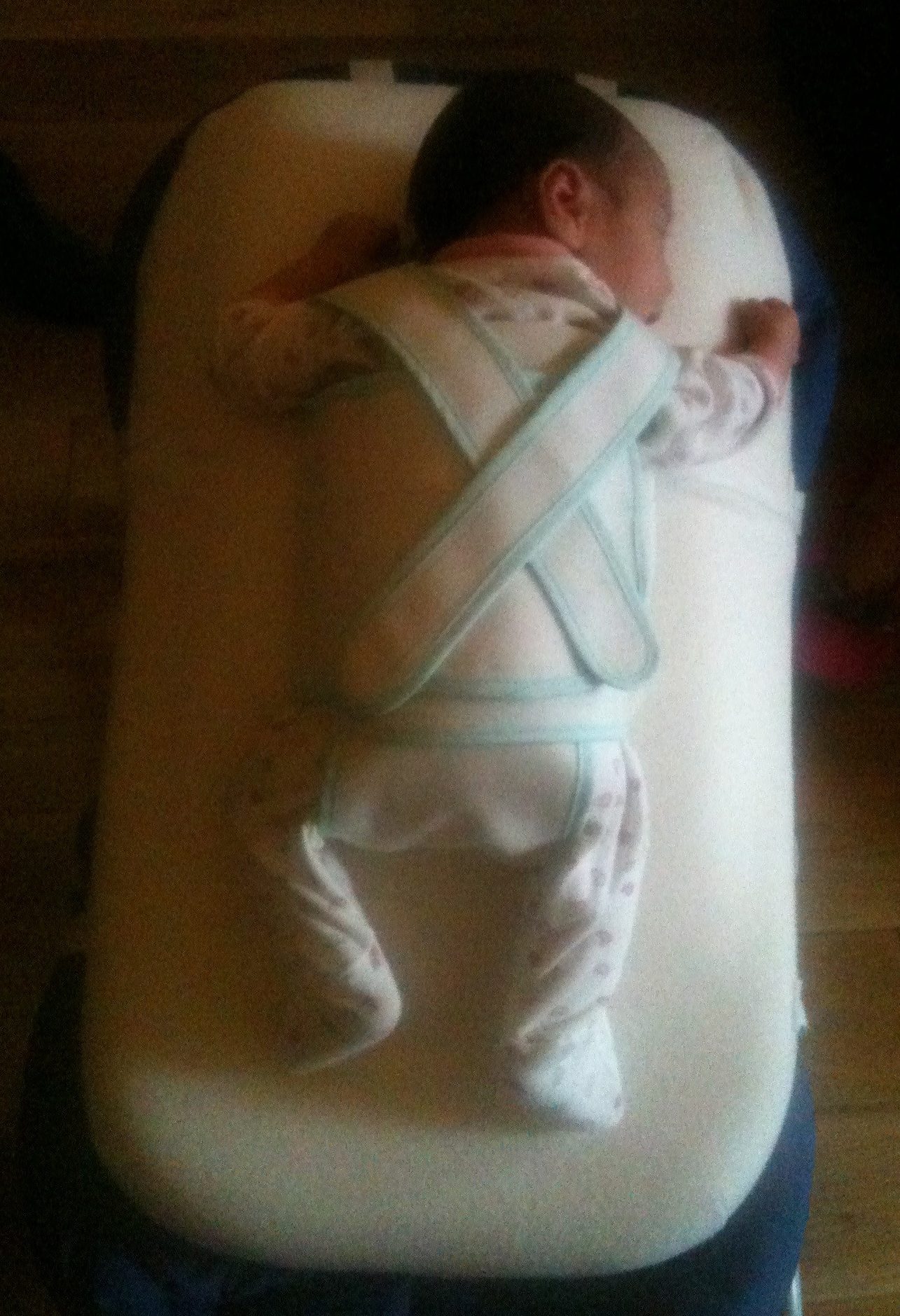 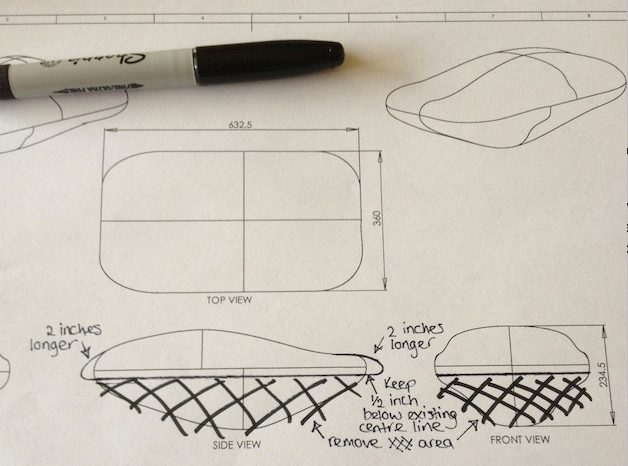 Out of desperation, Kerry, a childminder at the time earning £12-an-hour, set out to fashion one herself.

She said: “A local sofa reupholster shop owner kindly gave me some two-inch deep foam I could cut with scissors.

“Sat on the living room floor, I cut a piece the size of my hand then bigger and bigger, piling them on top of each other until I had a hump shape the size of my normal rocker.

“I covered it with fleecy material and sewed the whole thing together, including sling straps and pouch from a baby carrier.”

Slipping Harry into it, something miraculous happened. 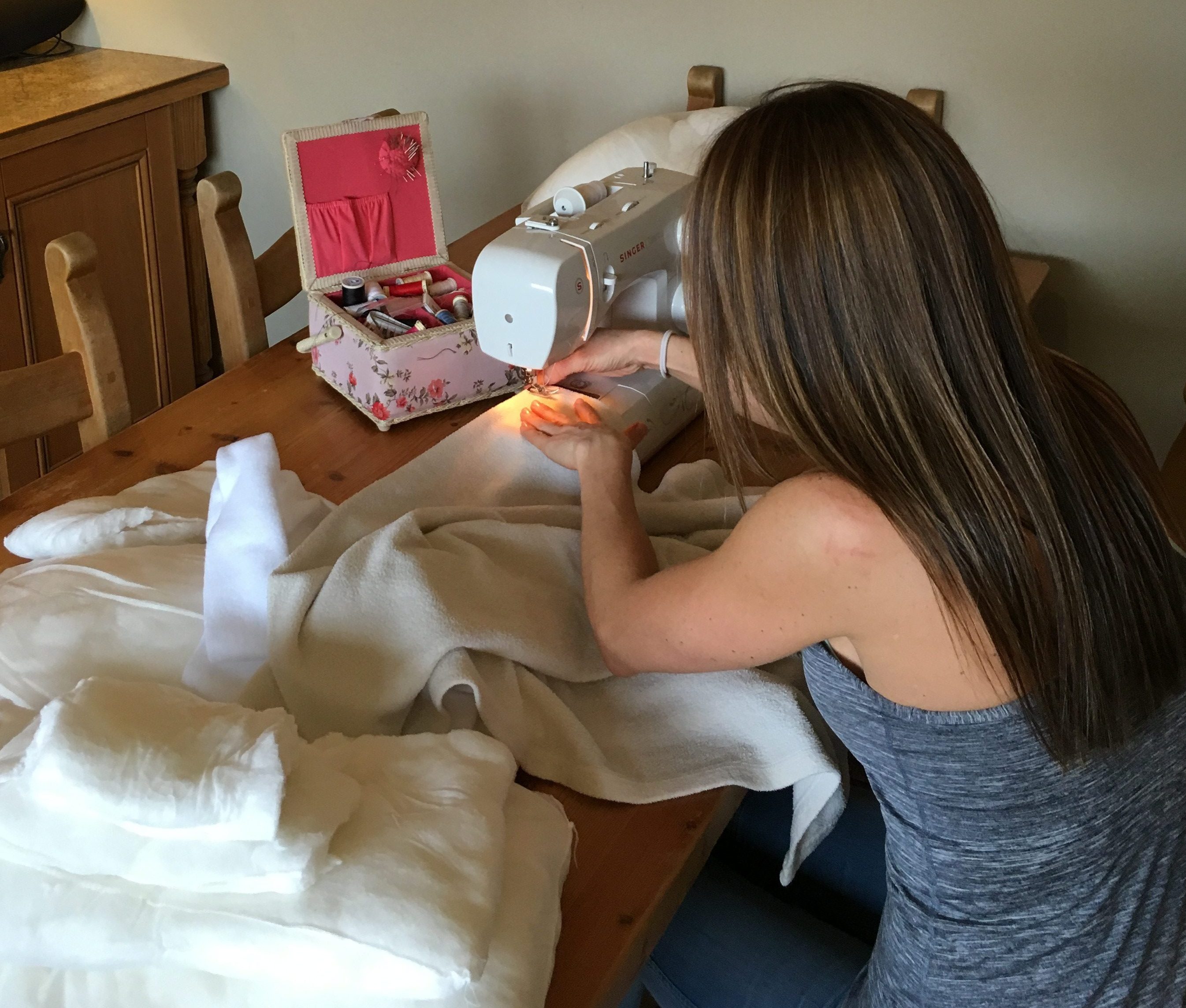 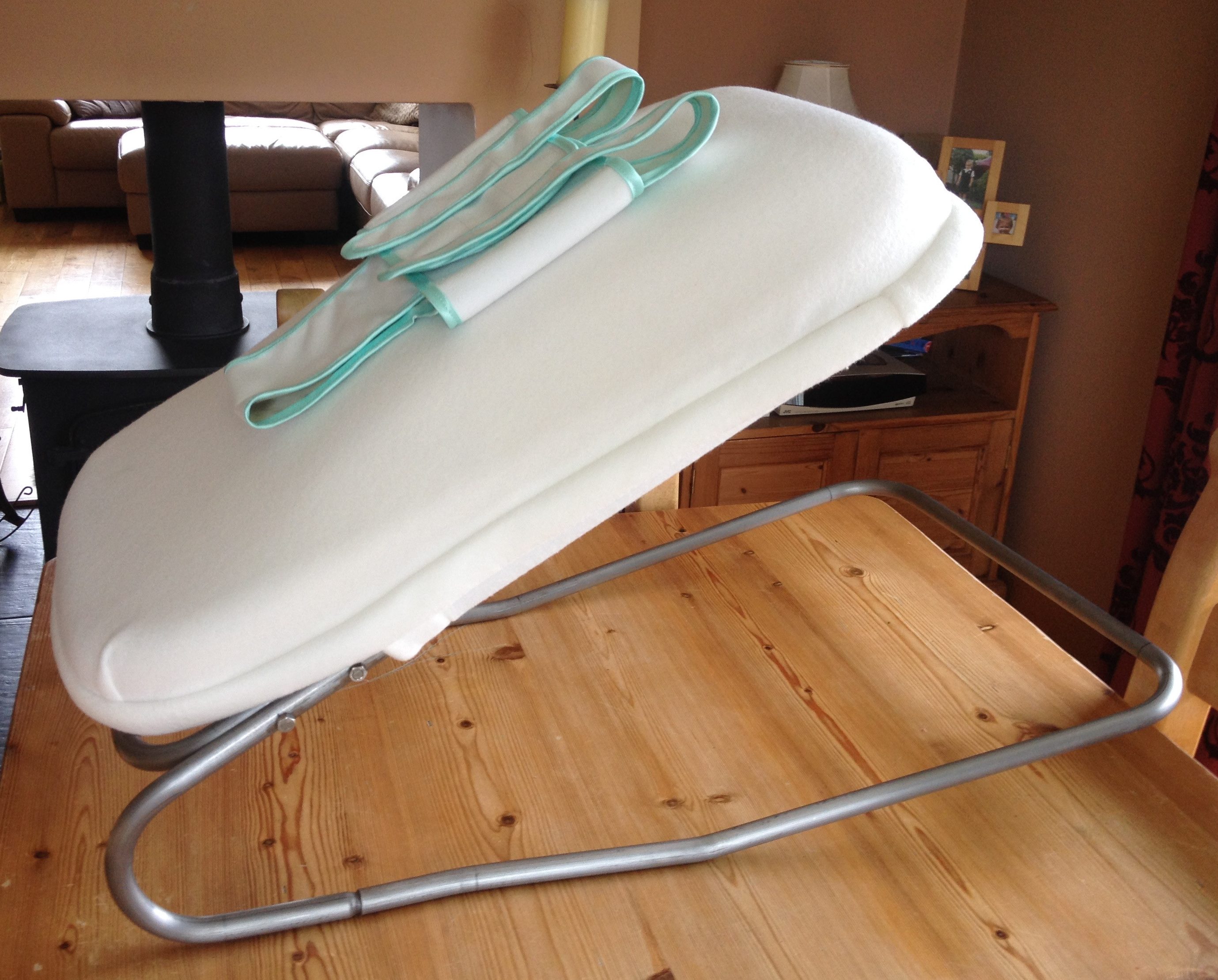 “Harry settled quickly and drifted off for two hours. Keeping him in sight, I made myself lunch and enjoyed a peaceful cup of tea. I felt like a new woman afterwards.”

As soon as Harry was sitting and eating solids, he was much happier.

Kerry’s relatives, neighbours, friends, and friends of friends all borrowed her invention, nicknamed the Babocush.

I’d literally gone from being a broke childminder, borrowing money off my mum, to buying without worrying

“Every mum that tried it, loved it,” Kerry added. “So I knew there was a market for it.

"But designing and manufacturing took a long time as I sourced all the materials, designs, prototypes and production myself.

“Eventually, I settled on a factory in China. It had taken 11 years and tens of thousands loaned from my mum, but in December 2015, 1,000 Babocush arrived at our local distribution centre.” 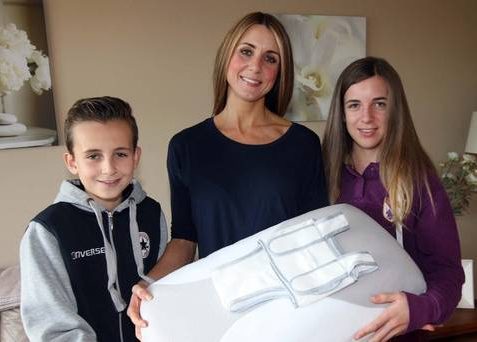 Priced at £99, and originally on sale from Kerry’s website, she was disappointed when only eight units sold over the next two months.

Kerry said: “I wanted to show parents how wonderful this product was so I emailed my customers asking if anyone had a video of their fussy baby settling in the Babocush.

“They were quick to respond and I uploaded a customer’s video to the Babocush Facebook page and within two hours, it had been viewed 10 million times. 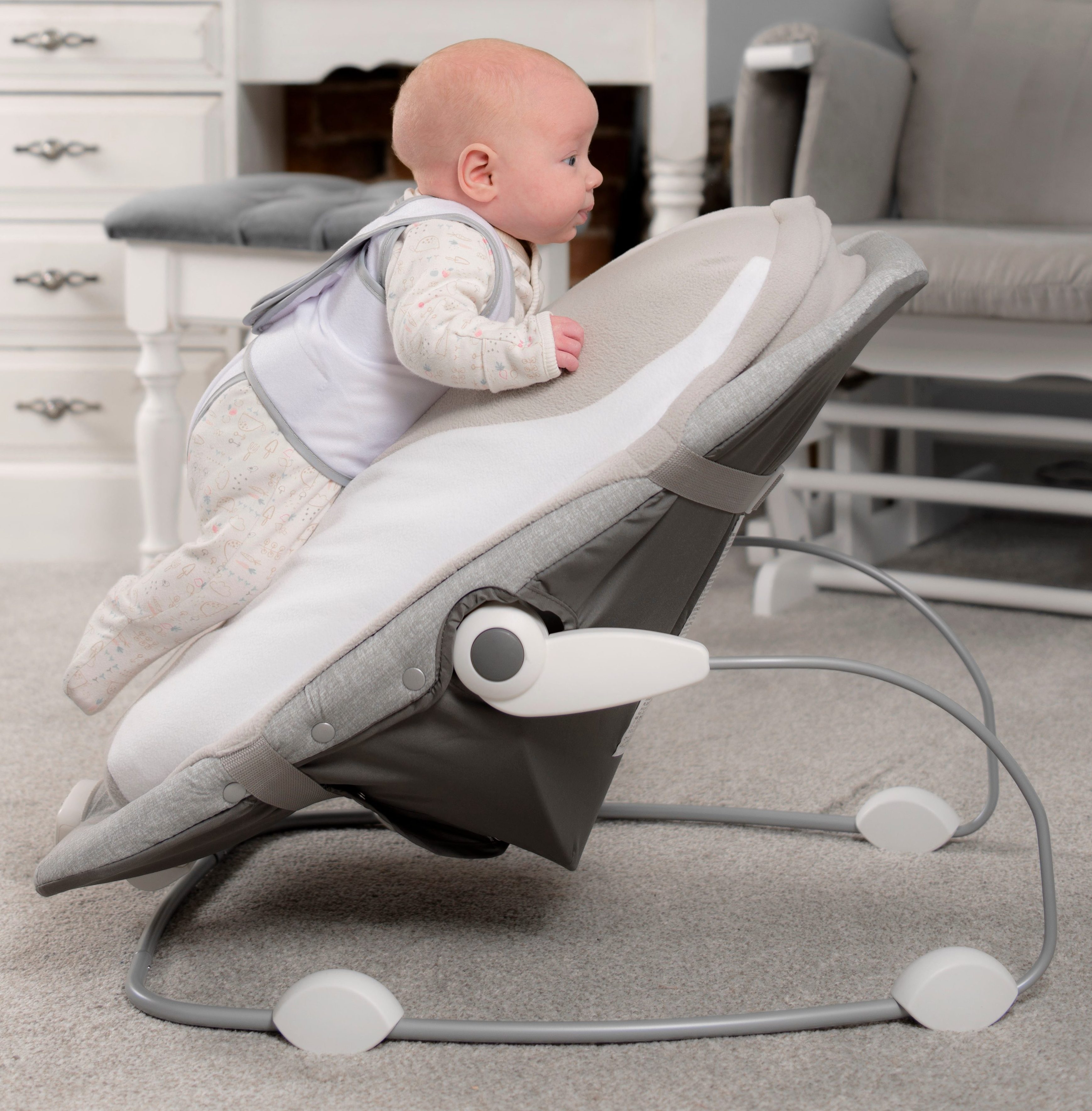 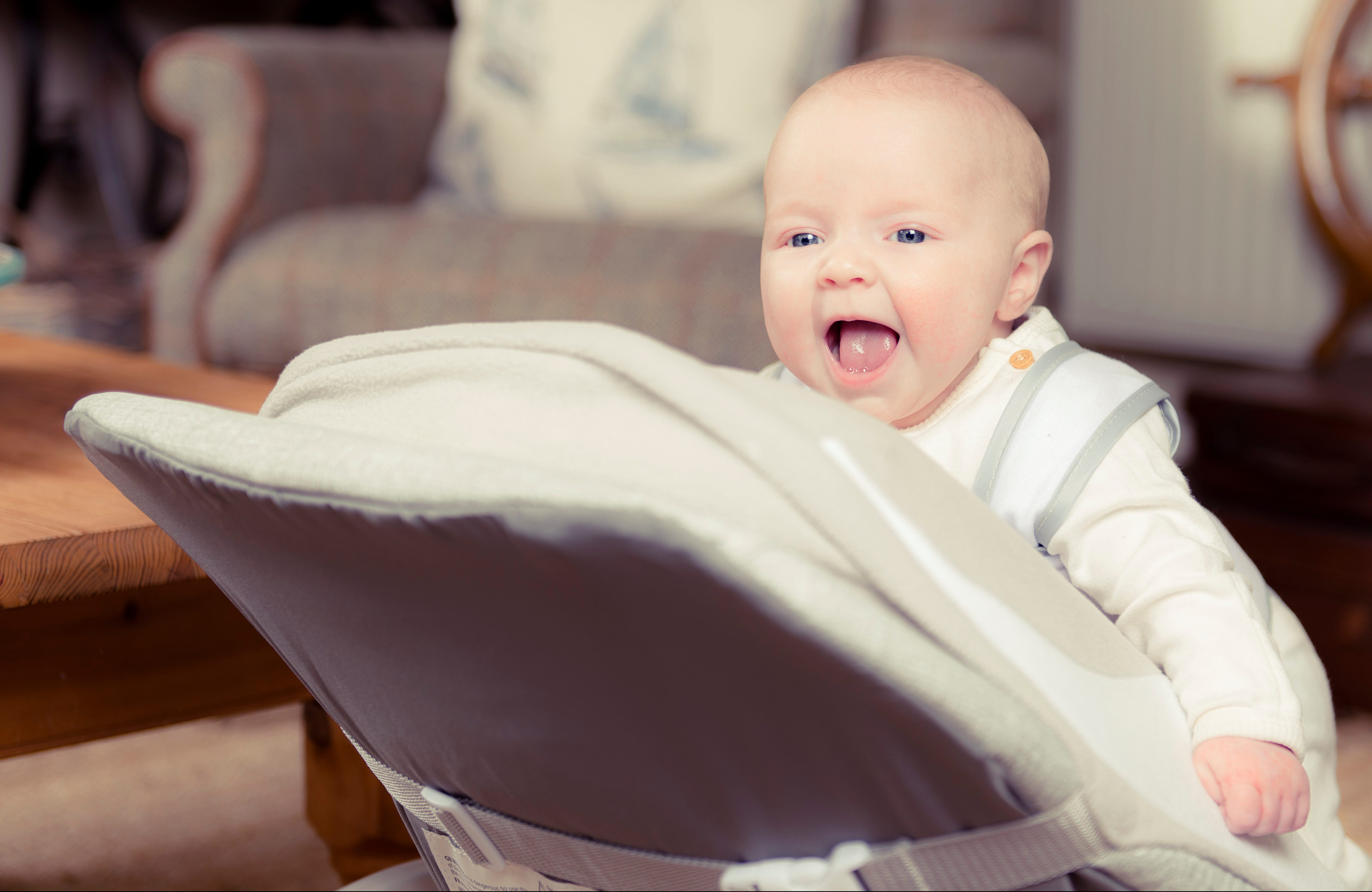 “The next morning, I woke up inundated with orders and emails from around the world – the Babocush was completely sold out!”

Ramping up production was exhilarating and frightening but within three weeks, Kerry quit her childminding job to work on Babocush full time, even taking on an employee three days a week to help.

Kerry adds: “I was even able to buy a brand new BMW. It felt like I’d won the lottery.

“I’d literally gone from being a broke childminder, borrowing money off my mum, to buying without worrying.”

The money and the success of the business is wonderful, but it means so much to me to hear back from customers about the incredible difference my product has made to their lives

By September that year, Kerry and her firefighter husband Andrew had sold their modest three-bedroom bungalow and moved into their dream, four-bedroom detached house.

The Babocush became such a huge success, Kerry was approached by Touker Suleyman from BBC’s Dragon’s Den to go into business together.

“I didn’t want to make a mistake while things were going so well,” Kerry adds, “or for somebody to copy my design, and Touker was able to open up doors for expanding internationally. It’s been a great step forward.

“Now, I've sold hundreds of thousands of Babocush units worldwide and am turning over £3 million a year. 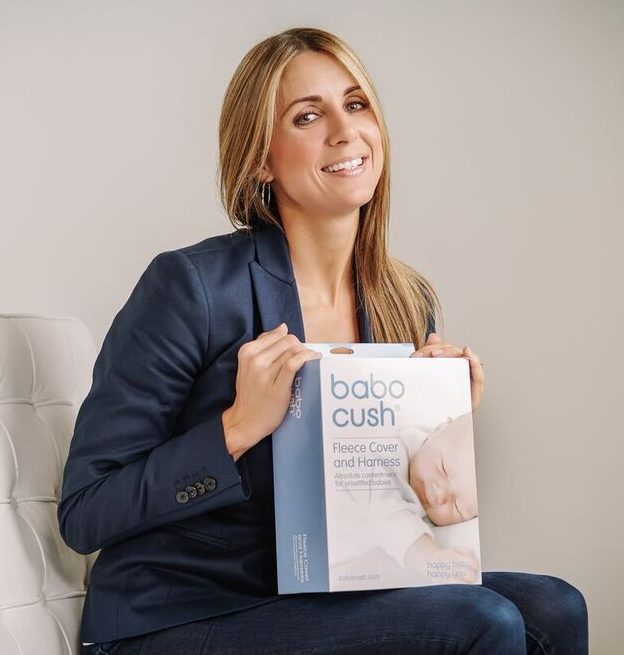 “The money and the success of the business is wonderful, but it means so much to me to hear back from customers about the incredible difference my product has made to their lives.

“It’s easy to forget how hard those first few months with Harry’s acid reflux were but then I hear from a parent whose life has changed for the better after buying a Babocush and it makes me so happy.

“Amy is 18 now and Harry is 16, and my business is able to give us a good life. We all feel very lucky and appreciate everything we have, as it took a long time to get the business off the ground.

“Once it did take off, it was tough managing it all and being a mum of two young kids, as I was going to bed at 2am and waking up at 5am to deal with all the emails.

“It was so tiring but completely worth it. I’m glad I took my time and did things my way as I know asking advice from too many people might kill off an idea that could otherwise make you millions.

“Sometimes, you just have to trust your gut and go with it.”

In other Bossing It news, we told you about Natalie Reynolds who was fired by Alan Sugar but is now set to make £1.2 million with her fashion business loved by Amy Hart.

And a former shop girl is now making £65,000 a year with her accessories business loved by celebs.