A FORMER deli worker who dropped out of university has launched a cookie business with her best mate that’s now worth £500,000.

Kristelle Levy, 27, from Mill Hill, North London, quit her Graphic Design course at Leeds uni to train as a chef in 2014 and set up Blondies Kitchen, an American-style biscuit company, in October 2016. 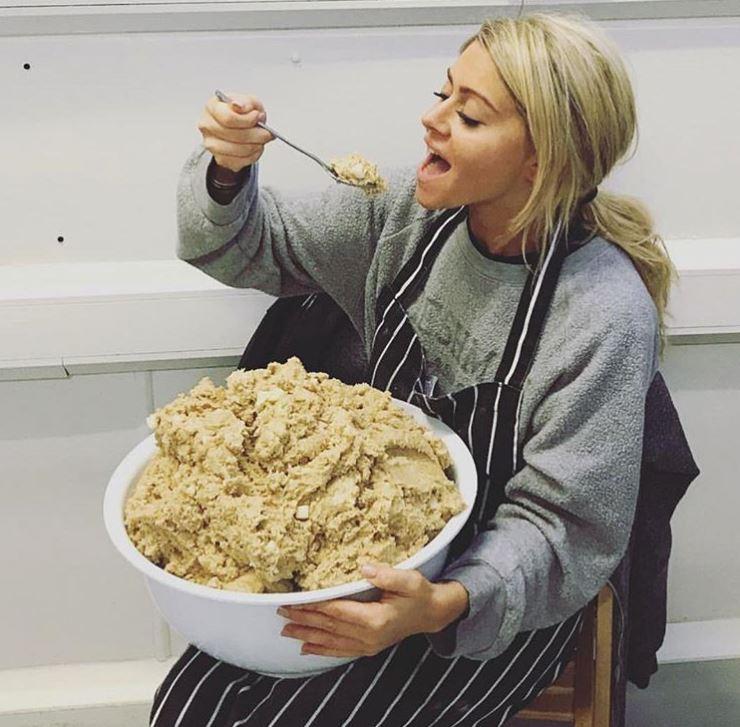 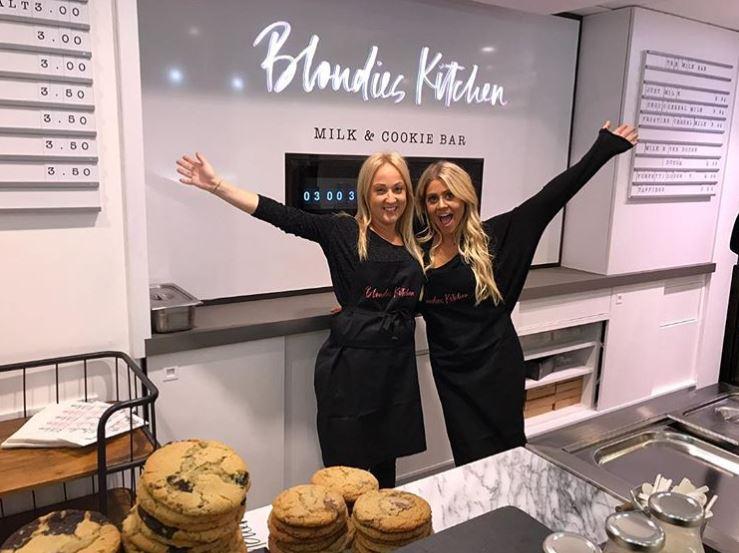 Kristelle and her business partner Chelsie Collins, 29, from Bushey, Herts, spoke exclusively to Fabulous Digital for #BOSSINGIT, our new series about ordinary women who have launched incredible businesses.

Kristelle said: "My mum's a terrible cook but I've always loved being in the kitchen. I've baked for as long as I can remember, since I was old enough to hold a wooden spoon.”

Foodie Kristelle spotted a gap in the market for Britain’s first chunky cookie and milk counter, and revisited a recipe she invented as a kid. 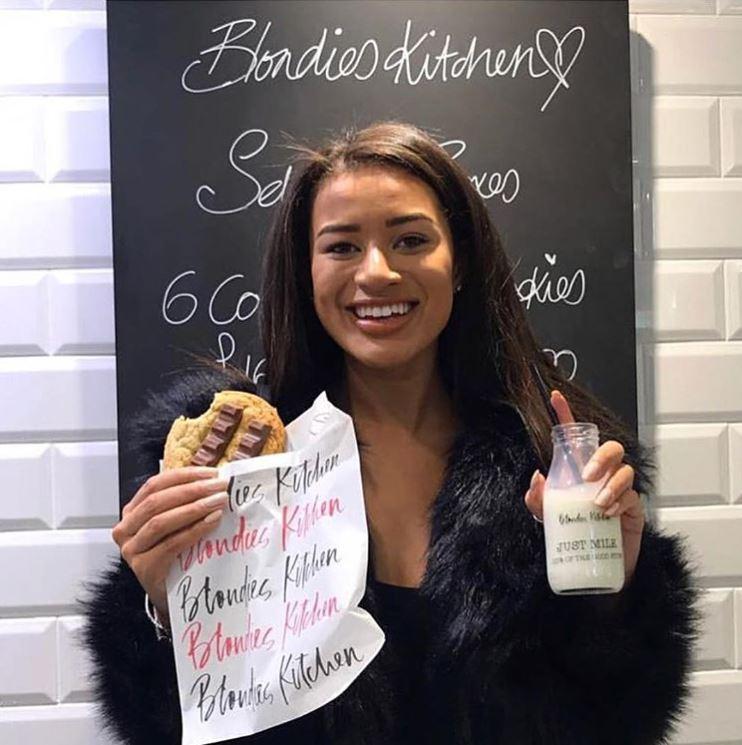 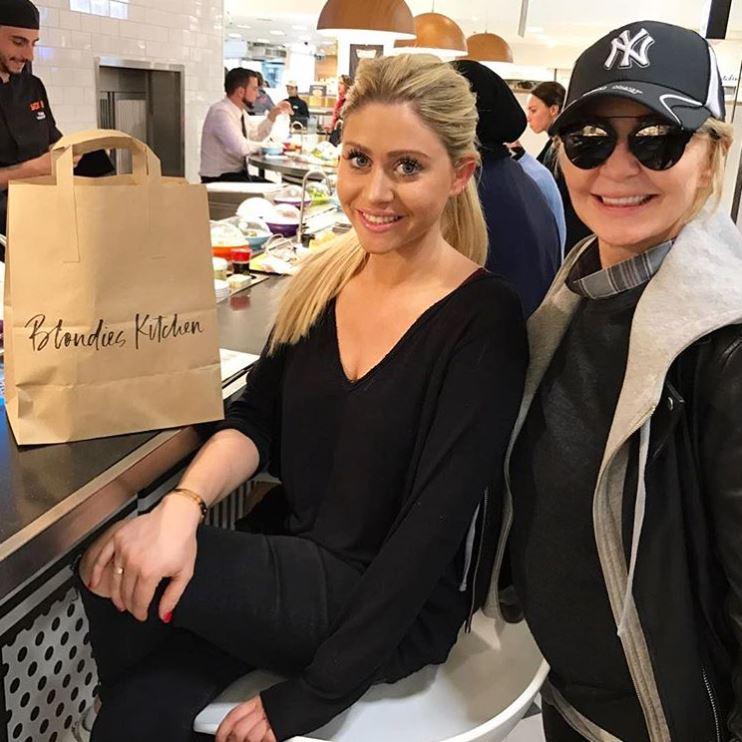 She said: "I used to make my cookies in my local deli, it's been my secret recipe since I was a kid and they would always be sold out within five minutes.”

Strapped for cash Chelsie had already roped Kristelle into doing event catering for friends and family on the side of her full-time chef work, and they decided to quit their jobs to "do one thing and do it well".

Chelsie, who previously worked as a cookery writer at BBC Good Food, said: "We became known as the cookie girls in our area.

"We were just doing private jobs for family and friends – birthdays, dinner parties.

"I worked full-time, but I was on terrible money and it was a great way of earning cash on the side.” 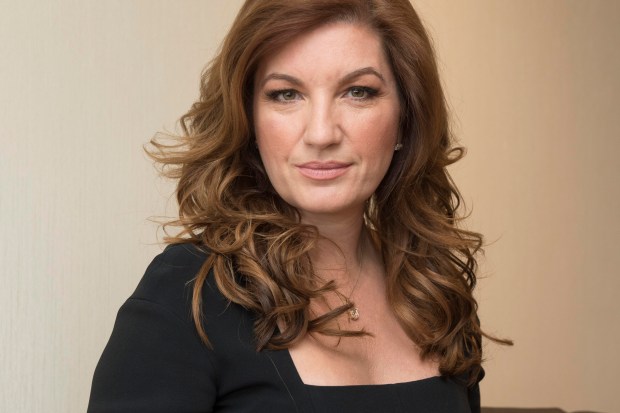 "I am a passionate supporter of encouraging women to learn new skills to help give them the confidence to reach out and achieve their ambitions.

"This brand new series will help share different stories which I hope will act as inspiration and show just what can be achieved with grit and determination."

The girls launched a two-week pop-up in Old Street tube station, Shoreditch, investing £1,000 each, which they earned by working seven days-a-week doing catering alongside full-time jobs.

Chelsie said: "Myself and Kristelle sold on the market stall 7am-7pm every day then had to bake all night for the following day. I moved into her parents’ house for two weeks and we were working out of their kitchen.

"We probably got about four hours’ sleep in those two weeks. It was mental. That was both the highest and lowest point in our lives.

"We were exhausted but the adrenaline gets you through, we’d never learned as much as we did in those two weeks.” 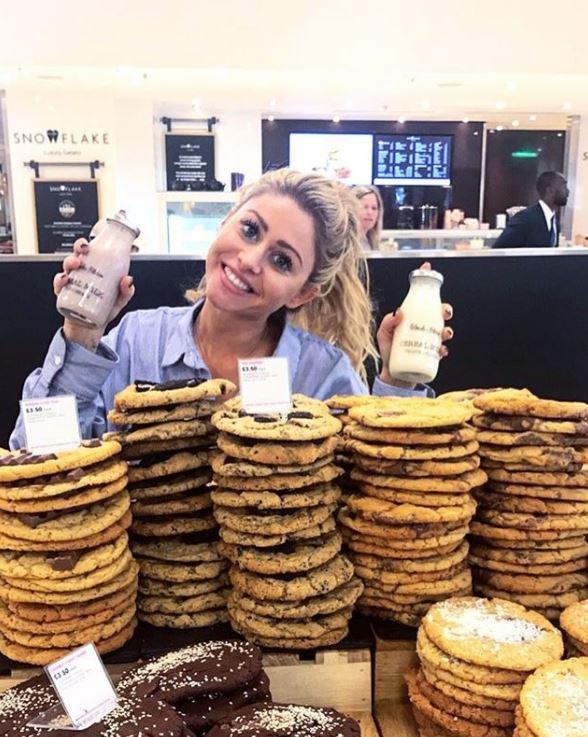 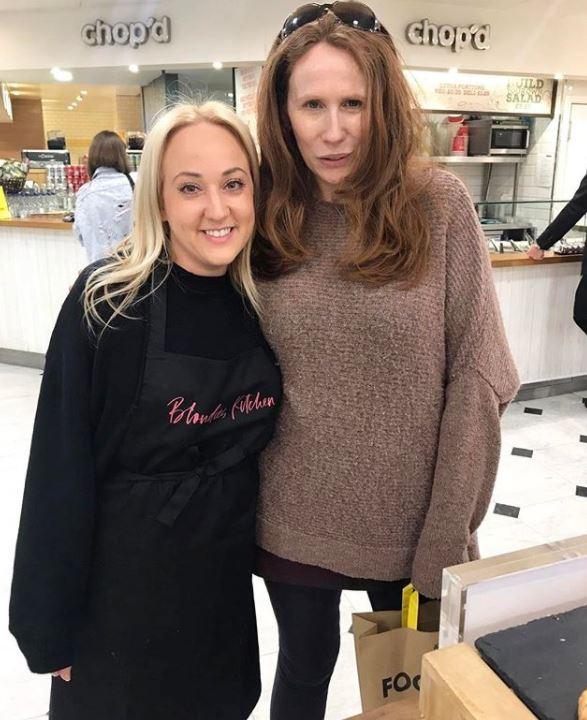 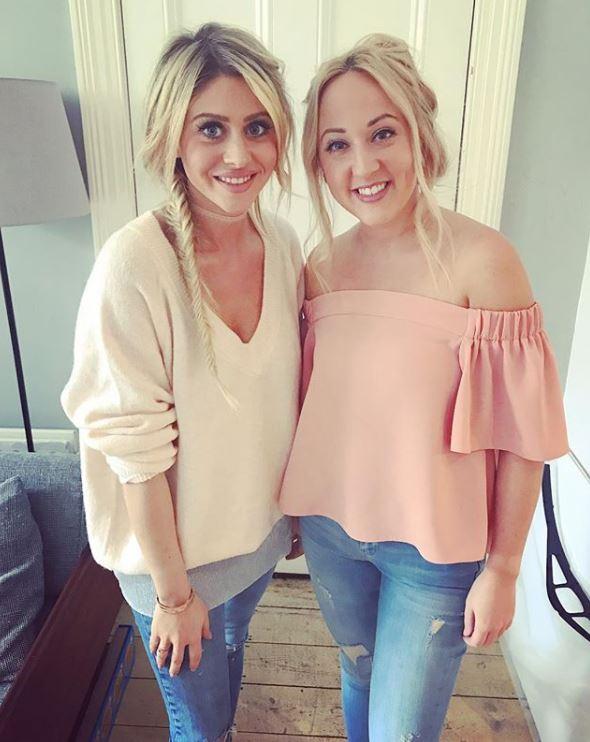 She added: "I don’t know if that was just hysteria from being so tired but we were overwhelmed by people’s response.

"We were praying on day one, we'd made 200 cookies and I remember saying to Kristelle 'oh my God we're not going to sell one cookie'.

"By the afternoon we had queues of people, we were selling out. It just snowballed from there. That’s when I knew: we’re onto something here.

"We were consumed by Blondies Kitchen, that's when we knew it was a full-time career.

"Obviously it was a risk but the catering business was doing well. We had jobs booked in right up until January in case Old Street was a flop." 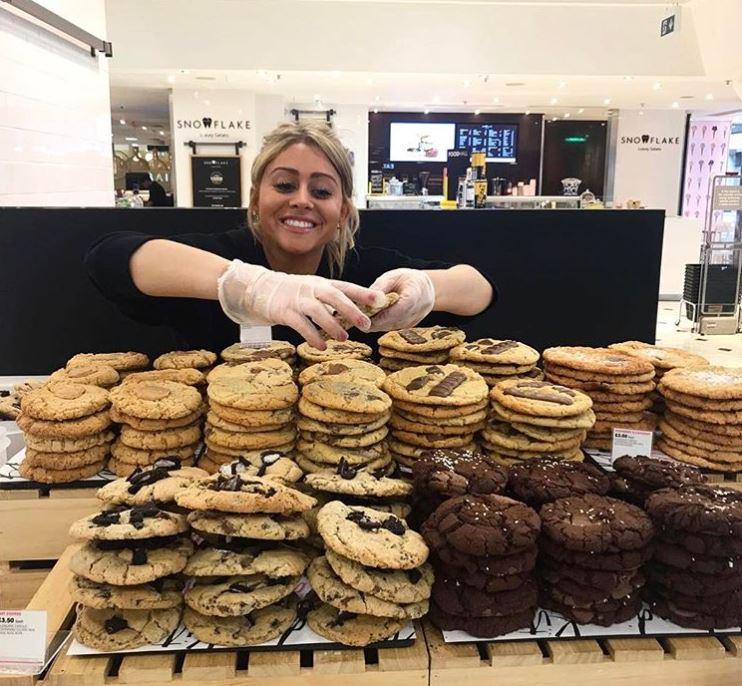 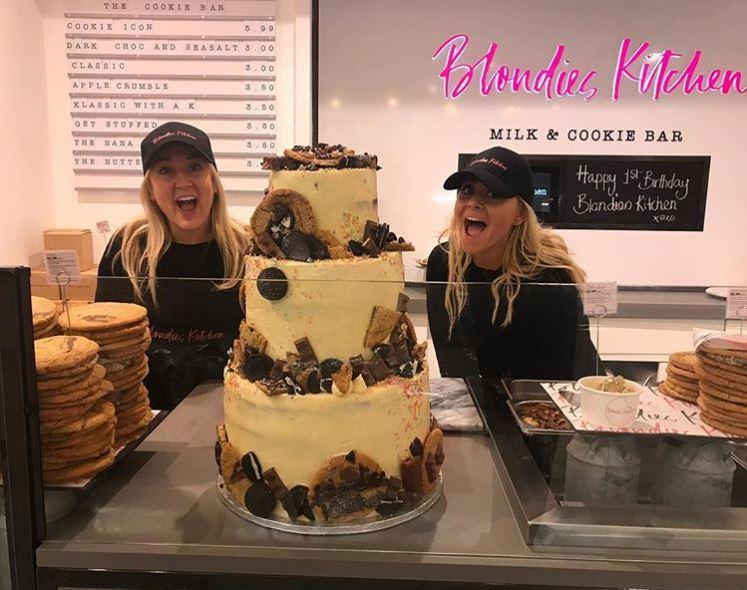 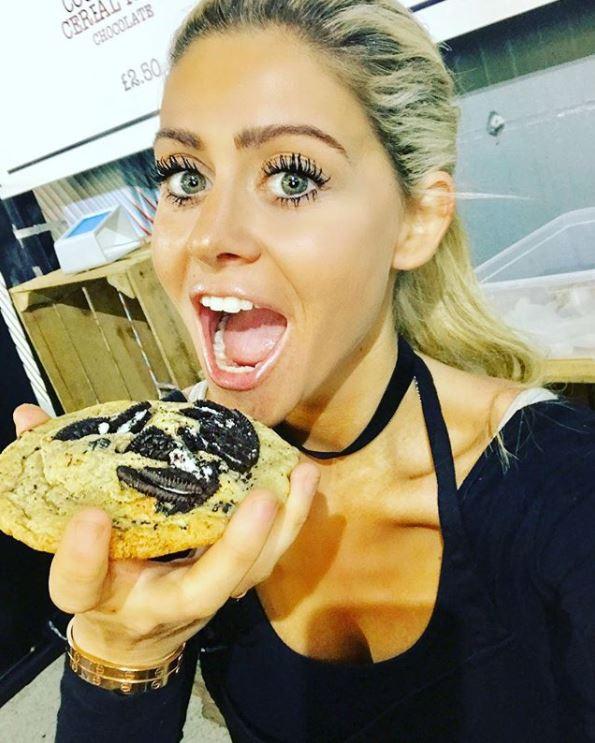 In January, the girls bagged their dream gig when Selfridges invited Blondies Kitchen in for a two-month trial as a concession in its London store – which launched in May 2017.

Chelsie said: "That was a dream come true for us. Honestly we were screaming and couldn't believe they were the ones who contacted us. It was fate."

They rented a professional kitchen after bagging the gig, with Kristelle joking: "Selfridges aren't going to let me cook out of my parents' kitchen anymore!"

They also ran a six-month pop-up over the summer in Soho, inside a former lift shaft for an office building. 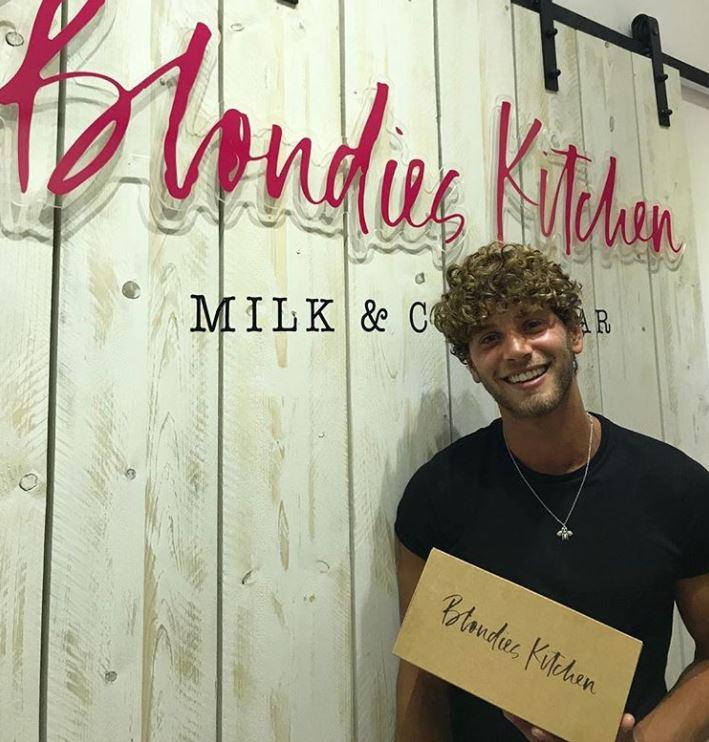 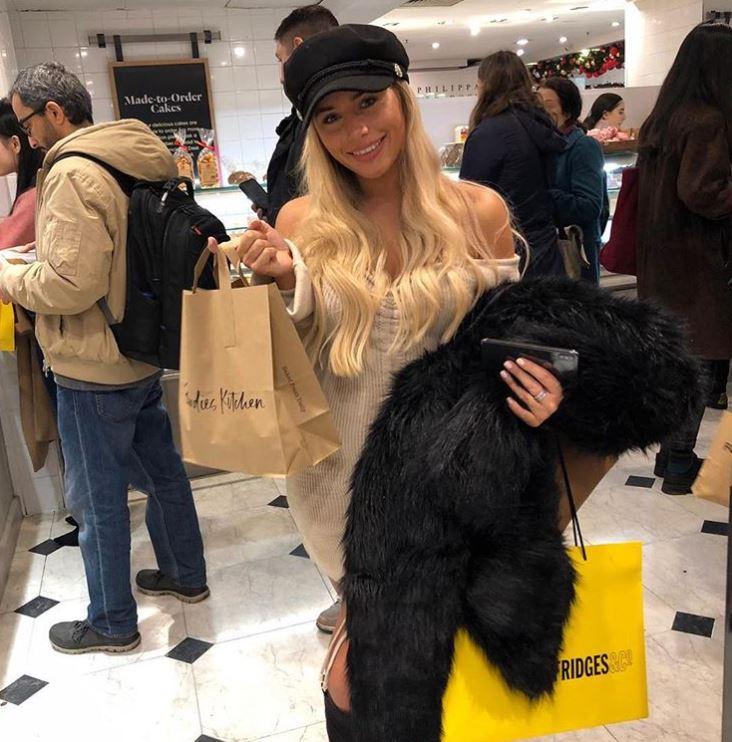 Kristelle now works as the head chef in the kitchen, alongside two other bakers, a kitchen porter and packers for the online orders.

While Chelsie runs the team at Selfridges and any pop-ups – meeting their customers and feeding back to her partner so she can develop new, yummy recipes. They have 20 staff on the payroll.

Chelsie revealed: "Joe Wicks is quite a big fan of ours, he came to Soho and uploaded on social media saying ‘just had milk and cookies’ and we got so many followers.

"Romeo Beckham also came and we have quite a lot of Towie fans. Eyal Booker, Montana Brown and Ellie Brown from Love Island have all bought our cookies too.

"Catherine Tate was one of our first celeb fans, she loves our cookies." 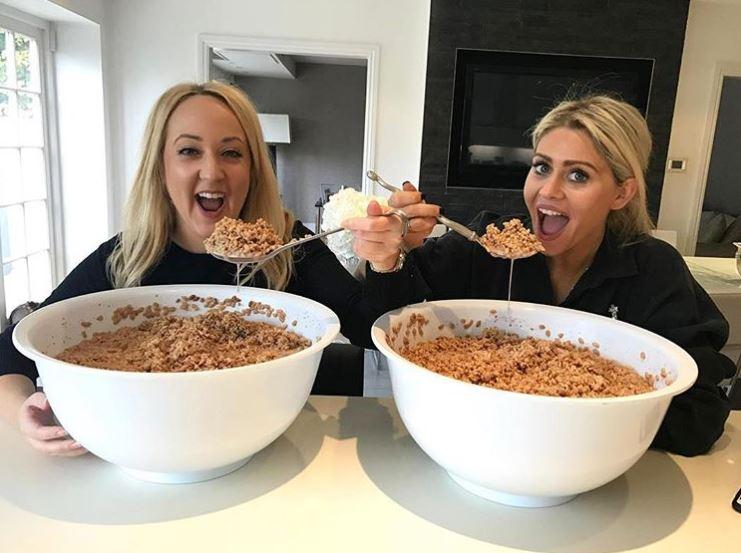 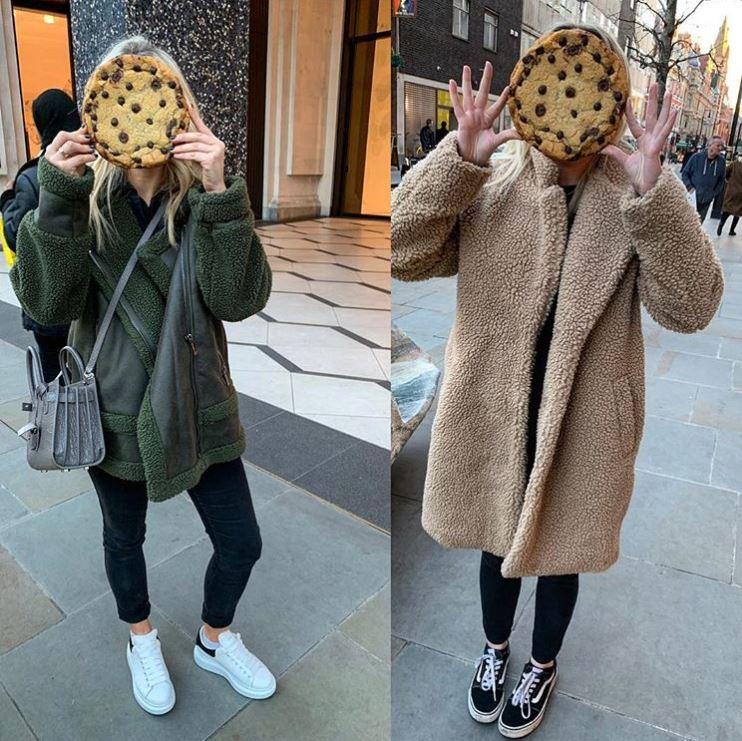 But it's been far from plain sailing for the businesswomen, with Kristelle admitting: "We're hiccuping every day. We're a start-up business so things always go wrong.

"When we first started with orders we didn't realise how much a tonne was, next thing we know we've got crates and crates of almond milk outside the kitchen and we were like 'oh no, what have we done?'

"We were going to be called Blondies London at one point but we thought that sounded like an escort service."

Chelsie added: "We run our operation 364 days of the year because that's when Selfridges is open.

"At the beginning our wastage was really high because we were scared we were going to sell-out, you're not allowed to do that in Selfridges. 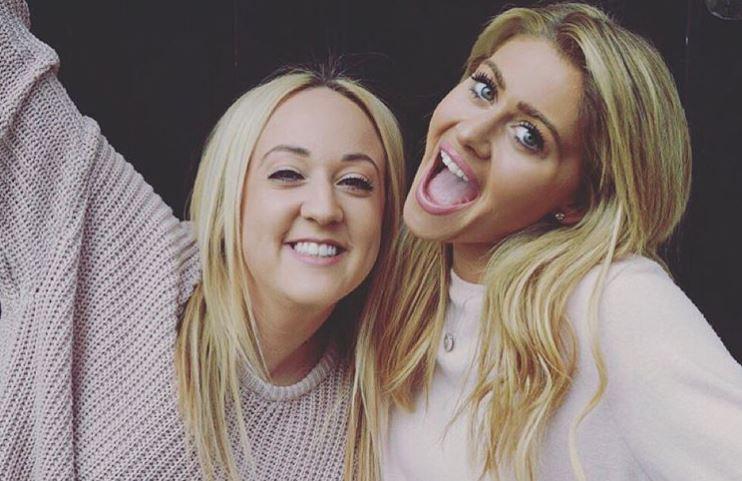 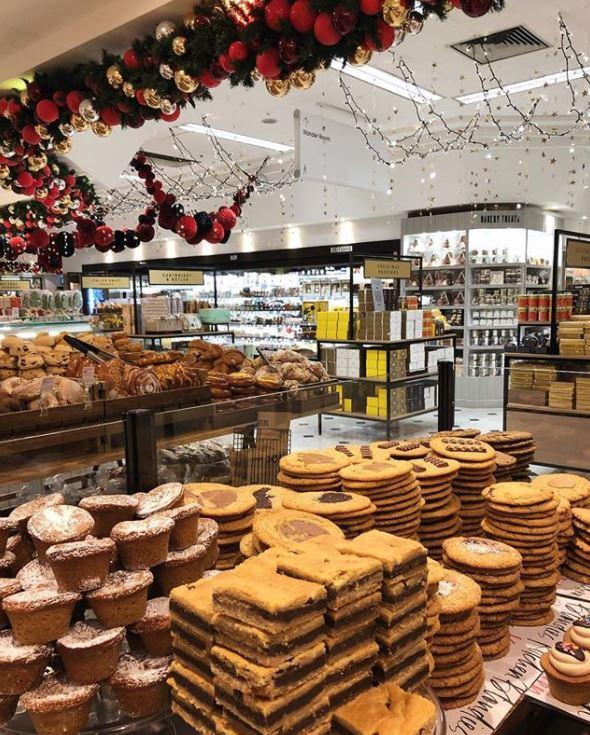 "To start with we were selling out nearly every day and they didn't like it.

"Then we started over-baking and some days the wastage was as high as 43 per cent because we were so worried.

"It's only with time we realised 'what are we doing? We're putting money down the bin'."

The girls already work round the clock but they're far from done yet.

They’ve turned over just shy of half a million pounds in their second year of trading and dream of becoming a "modern day Betty Crocker", with simple cake mixes people can pick up in the supermarket and transform in their kitchens at home.

We previously revealed how a woman launched her bikini brand from a caravan – now it’s worth £150K and a fave of Love Island stars.

Find out more about Blondies Kitchen or place an online order here.