A MUM who launched a wax melt business from her kitchen table while on maternity leave has revealed it's set to make £2.5 MILLION.

Keely Parsons, 24, from Bristol, first started making wax melts when she was 18 years old and sold them on her Facebook group – which has over 13,000 members. 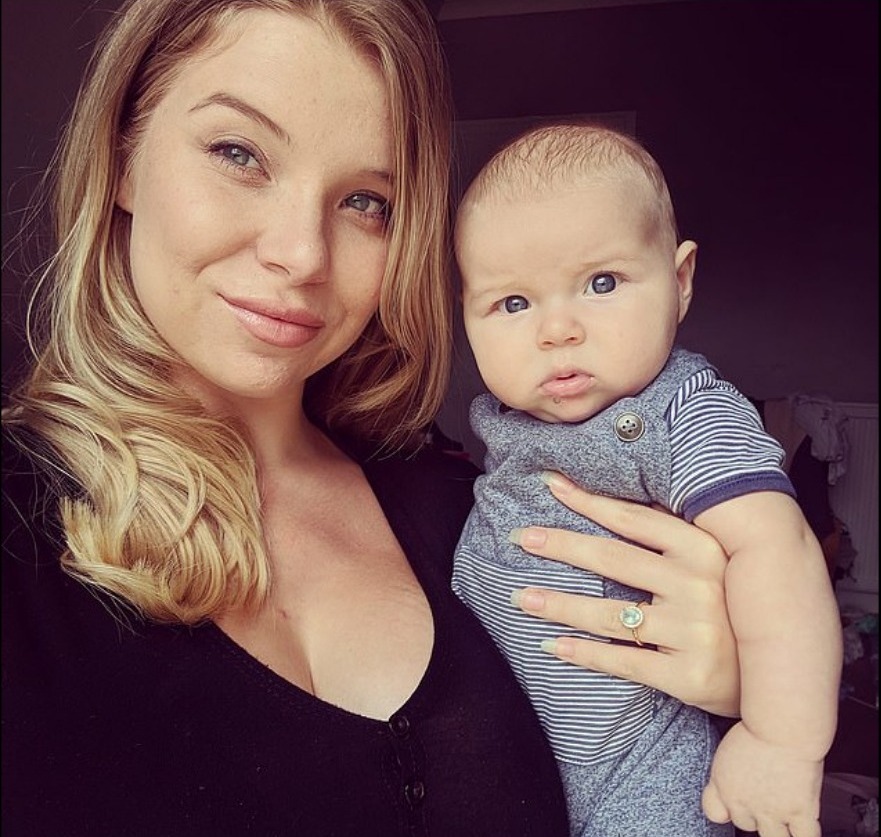 Although it started as a side-hustle, the budding entrepreneur decided to take use her maternity leave in March 2018 to pour all her energy into Sassy Shop Wax.

When Luca was born two months later, the company was making a staggering £20,000 a month – which allowed Keely to leave her job in recruitment.

Speaking to Fabulous Digital, Keely – who is expecting her second baby this Christmas – said she always knew she'd launch her own business and would even make silver earrings to sell to friends when she was a child.

She said: "I've always been a creative person and deep down I always knew I was going to have my own business. I didn't want to have a normal 9-5 because I was always itching to get out of the office. " 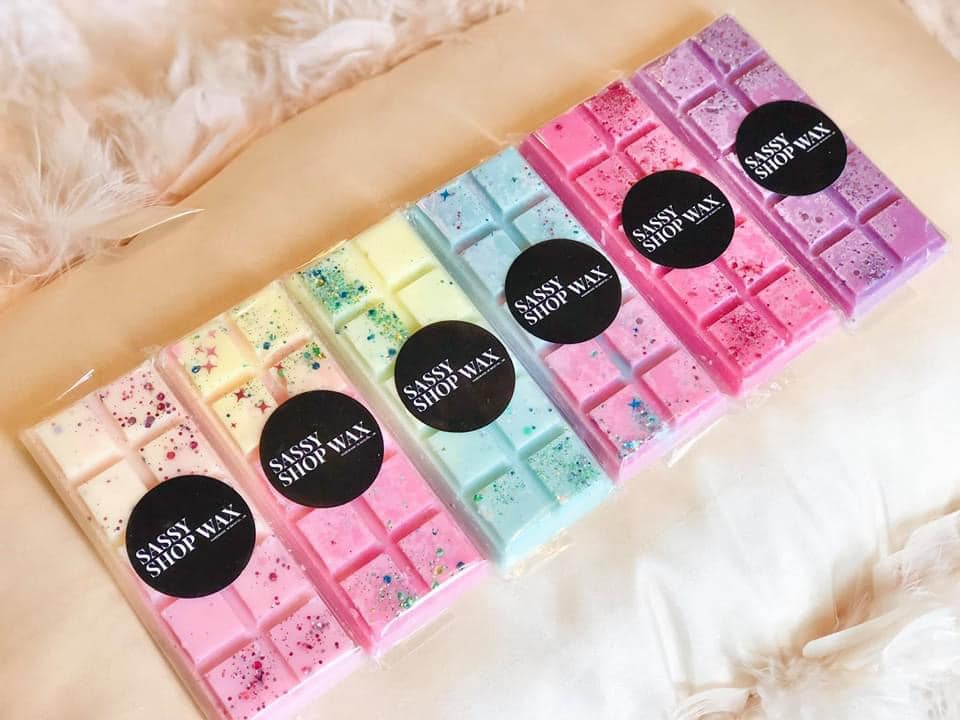 Like many teenage girls, Keely loved Lush bath bombs and became obsessed with the idea of recreating the scent of the brand's Twilight range in a candle.

She said: "I researched it and I saw a few people selling them on Esty – so I thought, surely I'd be able to make my own?

"I'd never made them before and so it was a year of trial and error. And I was trying to sell them too!"

Over the course of a year, the businesswoman invested £7,000 of her own money into the hobby- using it to buy new supplies, wax and biodegradable glitter.

Armed with a starter kit and soup kettle, Keely started experimenting with different scents from her kitchen table at the home she shared with her fiancé Theo – and within a year, she'd perfected her three-wax melt. 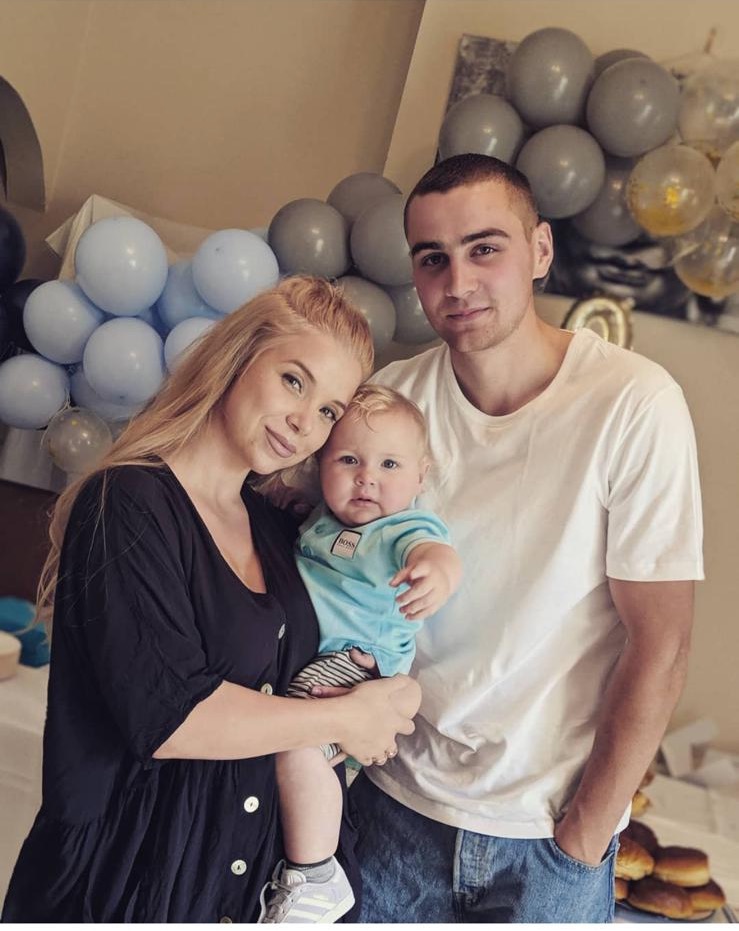 In 2017, everything changed for Keely when she discovered a Facebook group where over 5,000 users would discuss their favourite wax melts.

She said: "I found my footing with Facebook groups which allowed me to advertise my products.

"I had literally found 5,000 people who were potentially interested in my product that I could advertise to.

"That was when the lightbulb moment happened and I realised I needed to set up my own group just for people who love Sassy Shop Wax."

Determined to create as much interest as possible, Keely ran a competition where she rewarded the person who invited the most people to the group with a free wax melt bundle.

"It was pretty cheeky looking back on it," she joked. 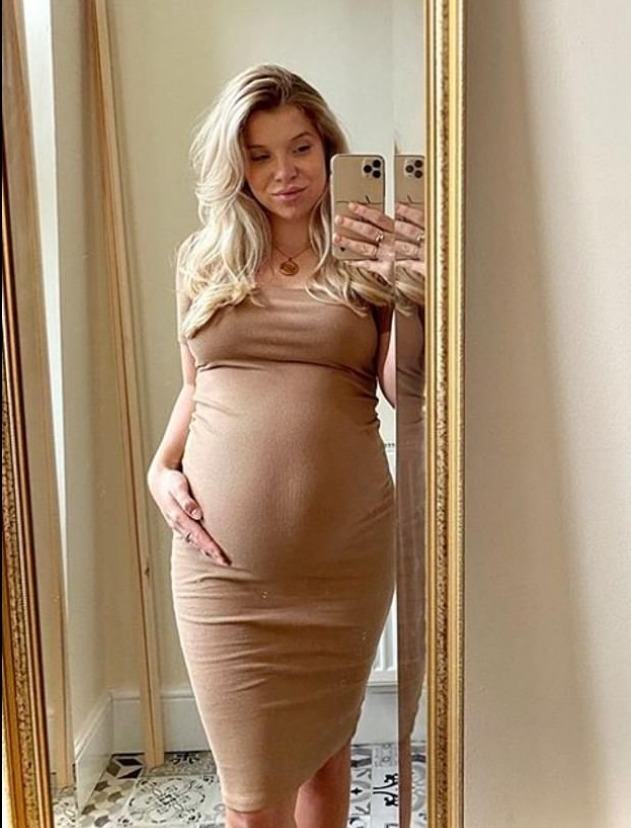 Two years since she set up the Facebook group, Keely now has over 13,000 members and gets roughly 100 requests to join a day.

The businesswoman believes the Facebook group is why Sassy Shop Wax has an impressive 70 per cent return customer rate.

She added: "That platform really gives me an opportunity to connect with my customers and give me more of what they want.

"And when they feel uplifted and listened to, the more they care about the business. And when we do restocks, we ask them what they want.

"It creates such a good buzz because they feel listened to and we know the stock is going to sell."

At first, Keely says Theo "wasn't interested" in her wax melt side hustle.

But when she launched Sassy Shop Wax as a business during her maternity leave, Keely began making a staggering £20,000 a month from only a couple hours' work a day. 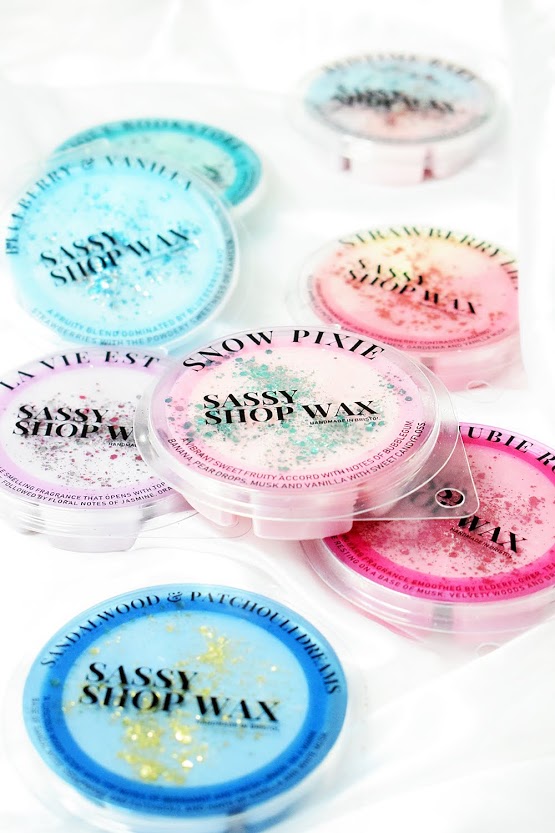 She explained: "When Theo got home in the evenings, I would make wax in the kitchen for a couple of hours.

"Or if my mum came round to give me a break, I wouldn't have a break and just make wax instead!

"We tried our best to stay in the kitchen for as long as possible," Keely said. "But it just got ridiculous – you couldn't even walk through my house and the living room would just be filled up with grey Royal Mail sacks." 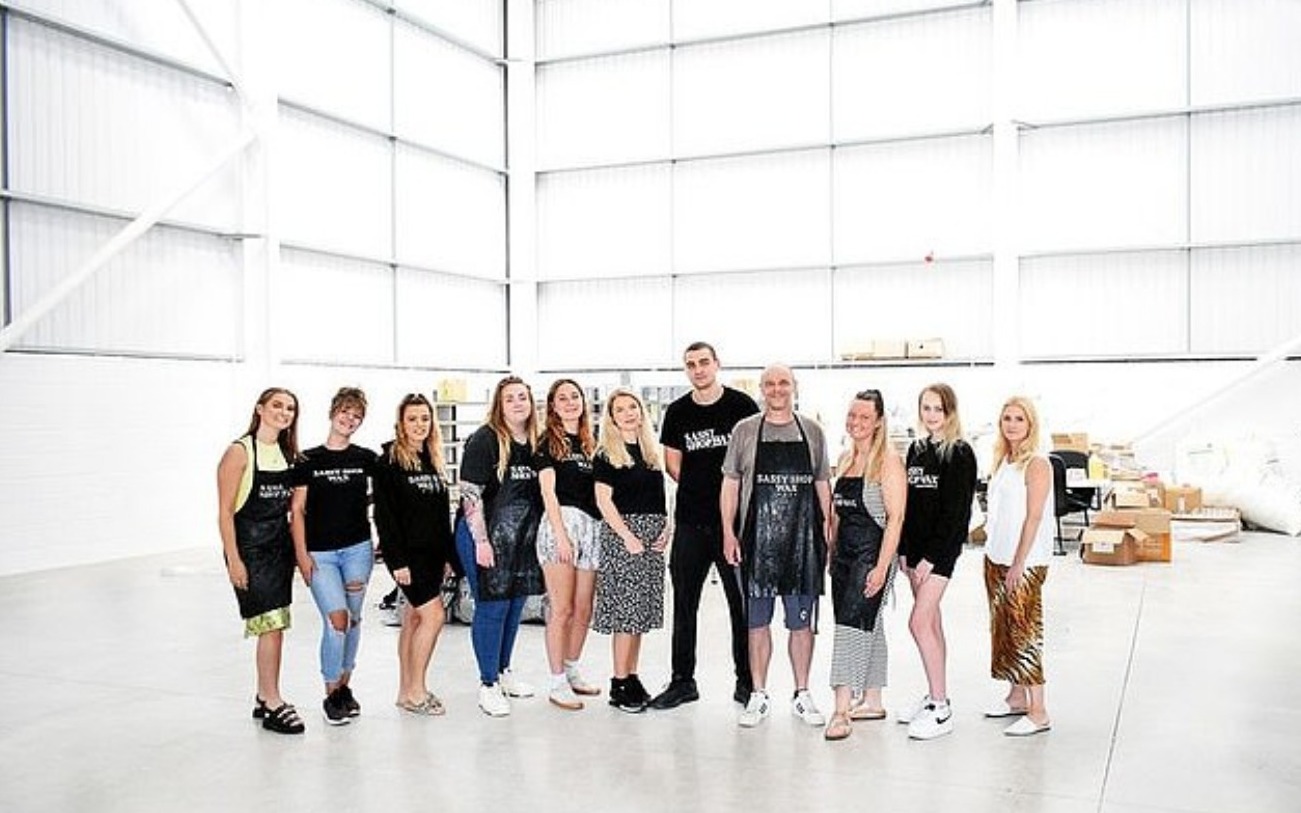 In July 2019, Keely moved Sassy Shop Wax into an 800ft office down the road – which she says was a "dream come true".

But within six months, the company had already outgrown the space and they're now based in a 5,000sqft warehouse in Bristol and employ 20 staff members.

Currently, the company can produce 15,000 wax melt bars a week – but when their £10k industrial-sized wax melt machine arrives later this year, they'll be able to make this amount in a single day.

What's more, the company even counts Gemma Collins and Kerry Katona among their celebrity fans.

As someone who has struggled with her mental health in the past, Keely has been blown away by how well her business has done and says her anxiety pushed her to pursue her goals. 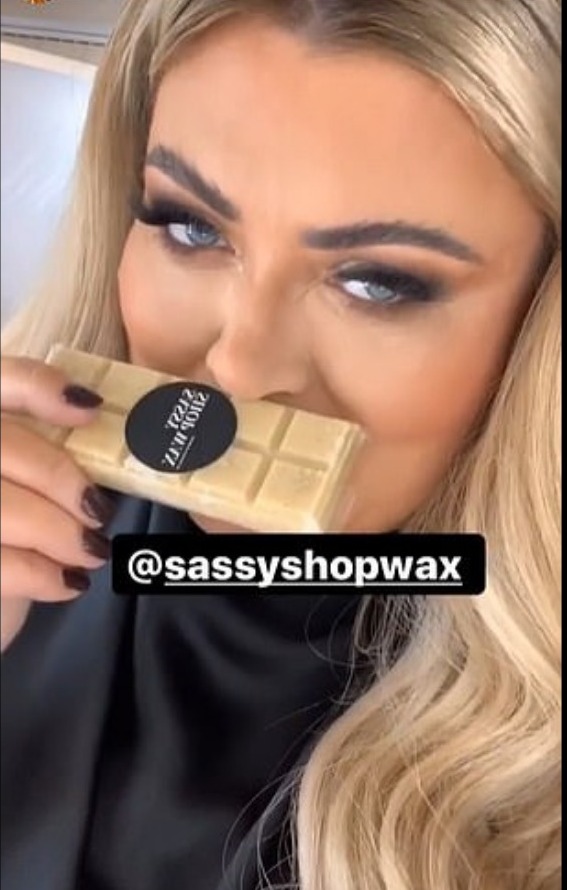 She said: "I was so unhappy with the idea of working 9-5 the rest of my life. I wanted to be a mum, I wanted to have freedom.

"But I didn't think I'd achieve this in a lifetime.. yet alone, in a couple of years!"

Amazingly, the business has flourished during the coronavirus pandemic and grew by 30 per cent in lockdown as people bought them as presents.

"Our gift cards sell really well on our website and customers love to buy our melts as presents," Keely said. 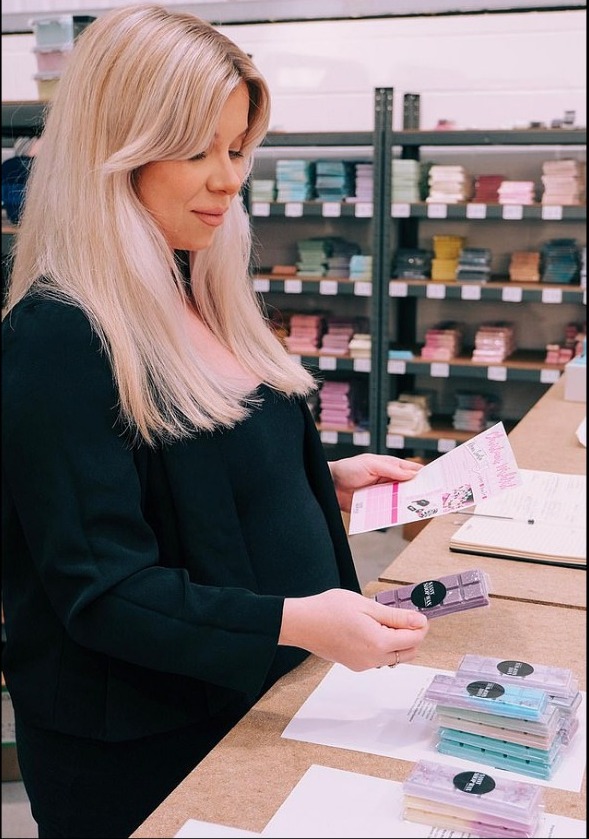 However, Keely's plans to open their first ever store have been put on hold indefinitely – but they're still be able to venture into bath bombs and room sprays.

This year, the brand's estimated turnover is £2.5m – which makes the mum-to-be "feel giddy" whenever she thinks about it.

"I get goosebumps every time," she said. "That never ends for me. I remember when I made £20k a month and that was more than I earned in a year!

"We've doubled our turnover every six months. I so passionate about growth and I don't think I'll ever just feel comfortable."

For more inspiring stories, we spoke to Datsa Gaile – who used £1.50 to turn her love of DIY into £480k business and now decorates the BGT dressing rooms & Gemma Collins is a fan.

And Real Housewives of Cheshire star Nicole Sealey opened up about leaving school at 15 and setting up her £10m business.