WAKING up on Christmas morning as a kid, Amelia Kennard was greeted to the sounds of her mum banging pots and pans.

“She never normally cooked but would make a racket at 6am on December 25 because she was desperate for me and my sister Karis, now 29, to wake up,” she admitted. “She would get so excited. 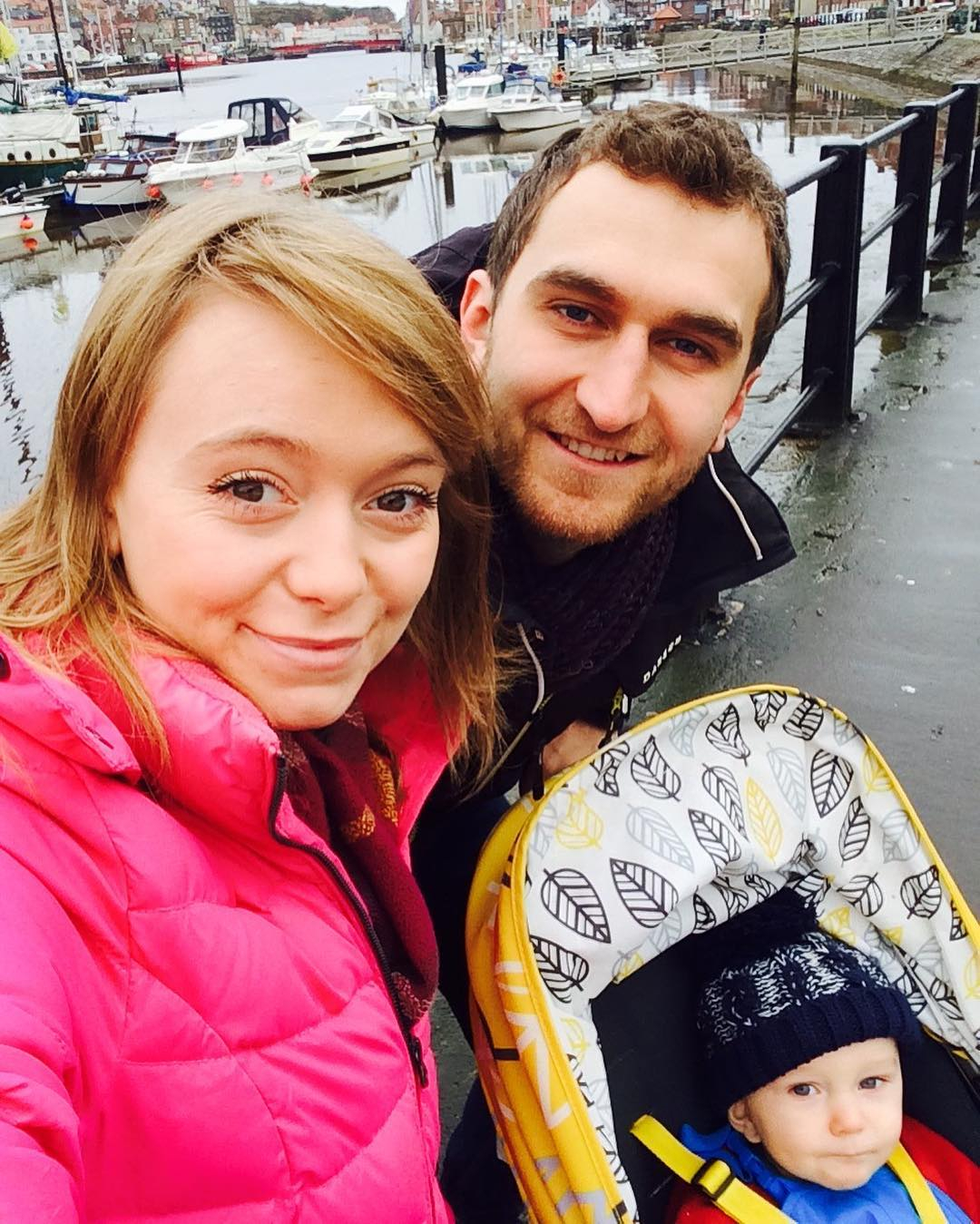 “Then when we’d wake, at the end of our beds there would be a huge sack full of gifts. You could fit in the sack once it was emptied… but before then it would be so jam-packed with goodies.”

Amelia’s mum and dad would fill the bags with matching pressies for the girls. Now 26 and married to HR worker Joel, also 26, stay-at-home mum to AJ, five, and Forrest, one, Amelia reckons her parents spent around £300 on each sister every Christmas – and that was just on their ‘small’ pressies.

‘We’d have opened 50 gifts before 7am,’ said Amelia. ‘Looking back it was mad.

“We’d spend ages sitting on their bed opening them. 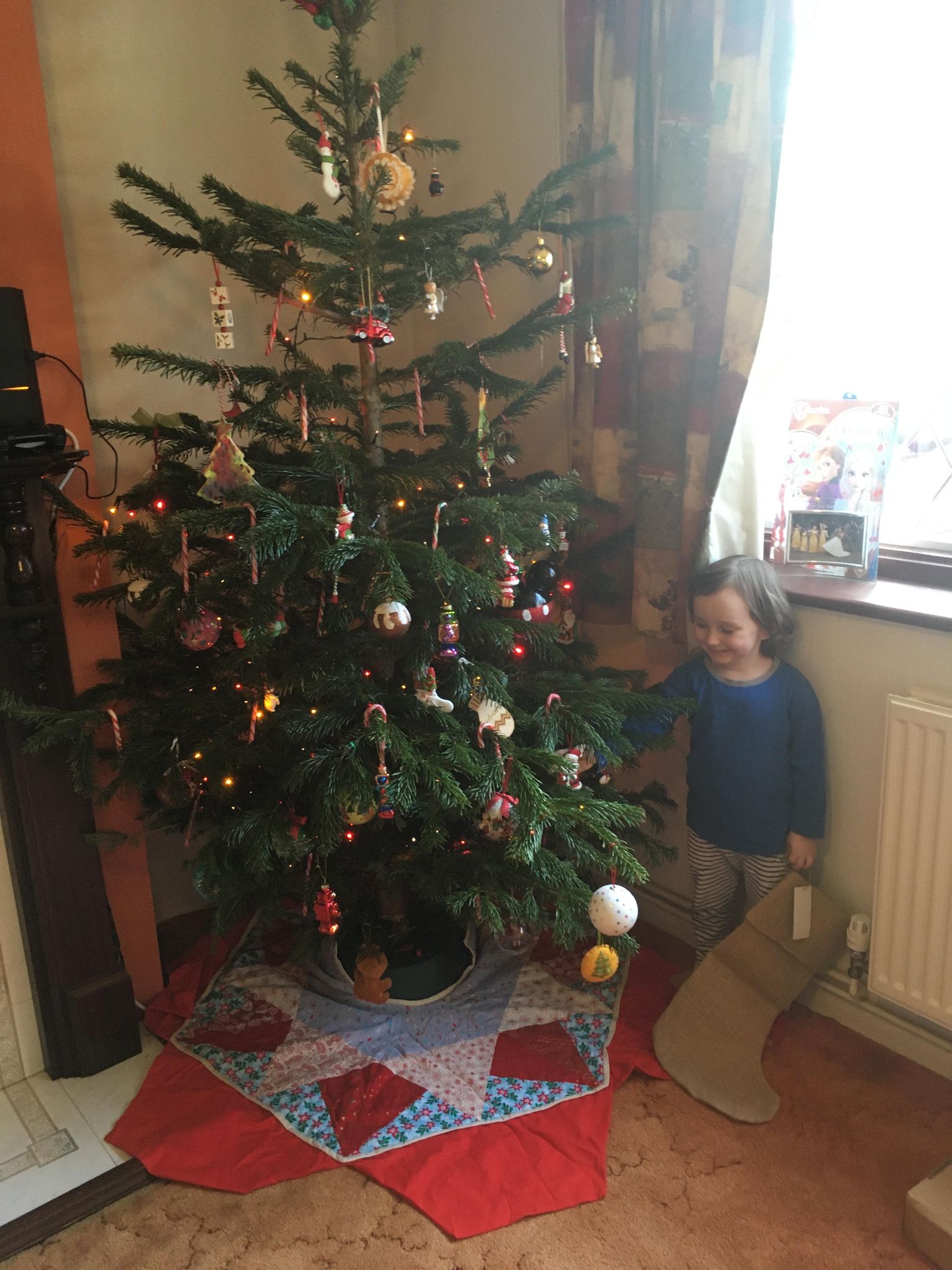 “But it was good fun. We’d get matching stuff in the sacks. My sister liked Monopoly although I wasn’t too bothered. Three years in a row I got a Monopoly set.”

Then, after opening the sacks, the girls would put on their brand new Christmas dresses where they would head downstairs only to be greeted by yet more presents – sometimes up to 300.

“They would fill the living room and spill out into other rooms,” Amelia admitted. It would take hours to open them, absolutely hours.

“We would still be carrying on until December 27. All in I think my parents spent close to £1,600 on each of us every year.”

It sounds idyllic but Amelia admitted it could become a little overwhelming. “Opening more than 300 presents, which must have cost thousands of pounds, is time-consuming. And they were new every year. A new bike, a new computer game. It was a lot. I’m not sure it made me happier.”

Which is why, as an adult, she has opted to do the exact reverse. 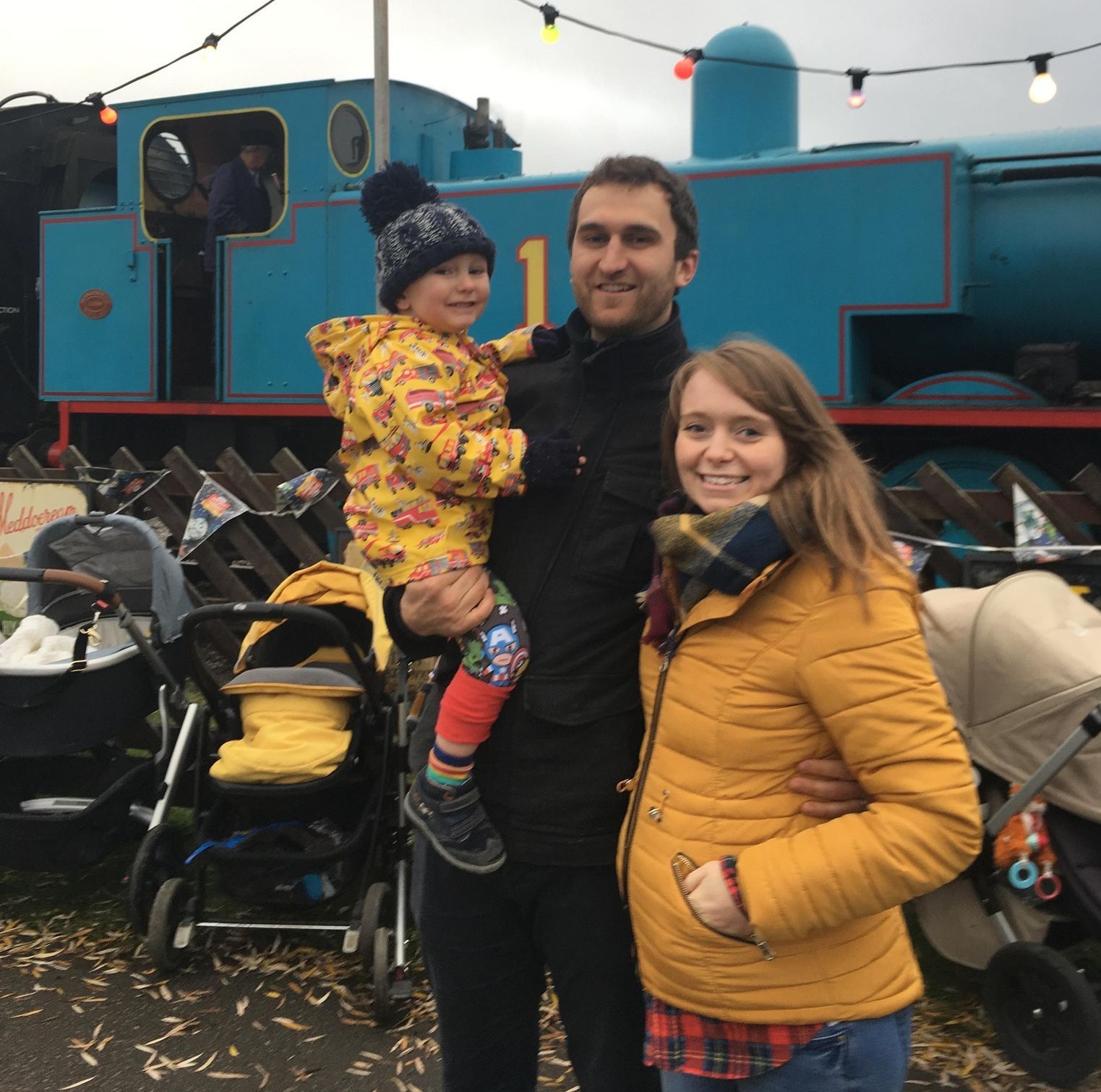 She only spends pounds on her two boys – and refuses to get them anything that isn’t second hand.

This year AJ will get three gifts under the tree and his little brother will have two.

And rather than rack up huge bills at toy stores she instead trawls her local charity shops in Northampton.

Meanwhile Joel’s presents have all come from Facebook Marketplace where you can pick up second hand goods for next-to-nothing. 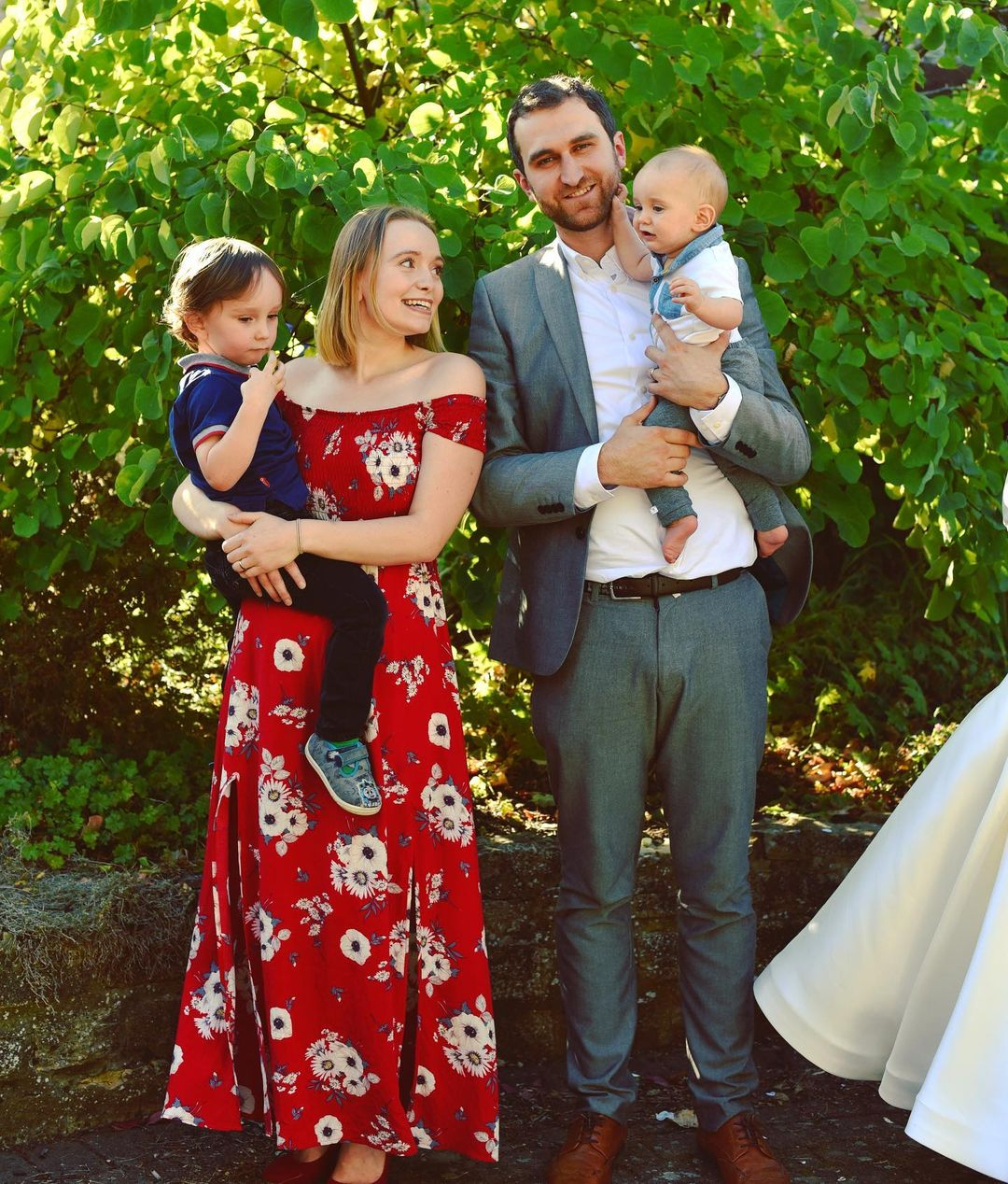 “It might sound tight but I want my children to know the value of money,” she said. “If they want something I want them to learn how to save up for it.

“We aren’t poor but that doesn’t matter. They need to understand that money doesn’t grow on trees.

“There’s also the sustainability and environmental impact of just buying and buying.

“I think it is bonkers that some parents spend loads on their kids.

“People have called me ‘very frugal’ but I don’t care. We managed to buy my first house at 20 and I am so proud of that.

People have called me ‘very frugal’ but I don’t care. We managed to buy my first house at 20 and I am so proud of that.

“I refuse to splash out on disposable tat because I don’t think it’s worth it.

This year she has got Forrest, who will shortly turn two, a branded Thomas the Tank Engine pop-up tunnel and tent for £10 plus books. 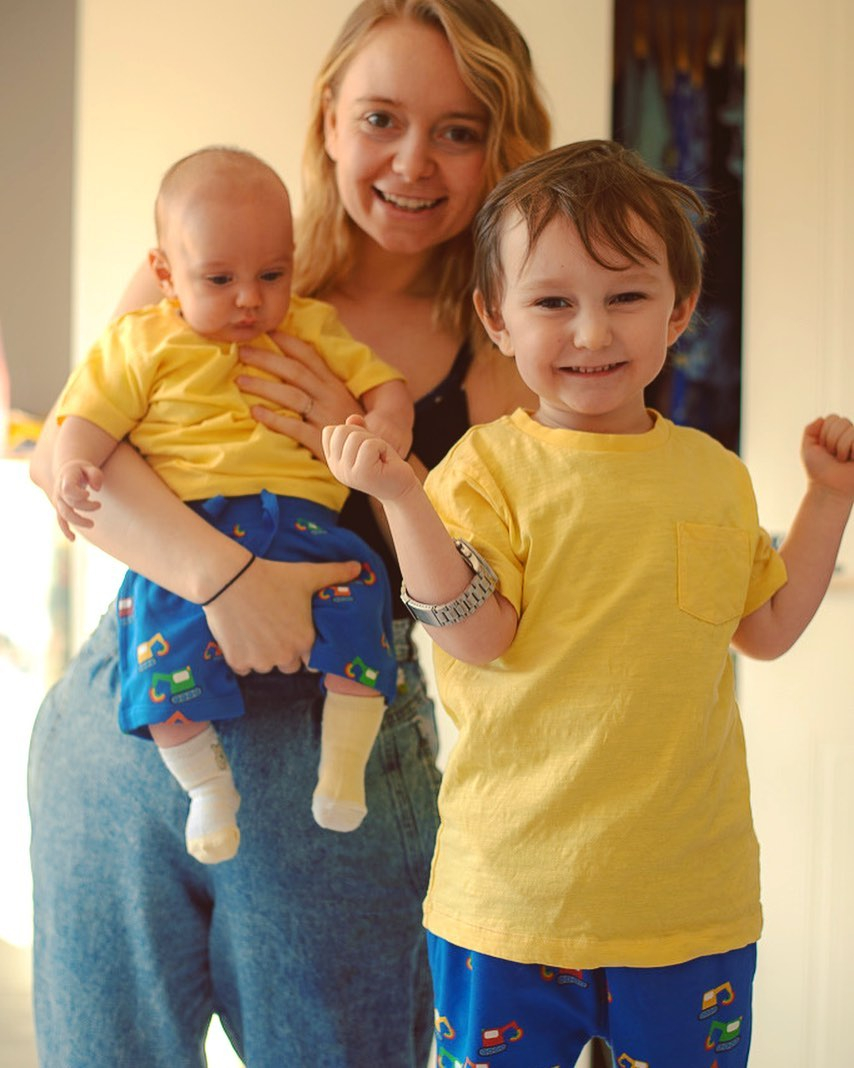 “In total I think I have spent about £35 all in,” she said. “My kids won’t care because I know they’ll love their toys. There will only be a few under the tree but it doesn’t matter to me.”

Even Joel isn’t exempt from her spendthrift ways.

She’s bought him some underpants from Facebook Marketplace for £5 down from £40, a cut price frying pan and a pair of headphones. “The pants are new though – someone else is just selling them on because they were the wrong size,” she laughed.

“What’s the point when you can recycle so easily? They don’t realise the difference.”

Elsewhere, a bloke reveals how he's spent £11k on decorating her house and has 21 Christmas trees – and said her neighbours pay her £500-a-go to do theirs too.

Plus a woman panic bought all her Christmas presents in 5 hours before lockdown – Argos staff had to carry her bags as she had so many.

And Britain’s biggest family the Radfords share their savvy Christmas tips & how long it takes to wrap presents for 22 kids.