Demi-Leigh Elson, 21, from Stoke, Staffordshire, had been planning a quiet Christmas with her partner Aaron Ouseley, and her kids, Lola Lea, three, and two-year-old Codie-Ray, two, last year when baby Oakley unexpectedly arrived. 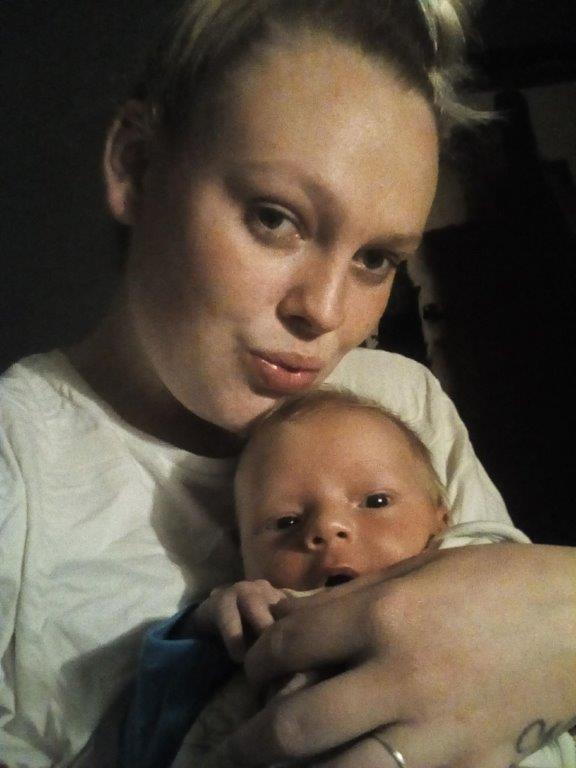 Demi-Leigh's labour was so quick she didn't have time to get to hospital and gave birth as her youngsters opened their festive gifts.

She told Fabulous Digital: “I was due on Boxing Day and my main worry was that if he came at Christmas, I would miss seeing the kids open their presents, and I would miss Christmas dinner with the family.

“But we managed to fit everything in. I actually felt the first strong contraction as Lola opened her last present. It’s almost as though Oakley knew he had to wait."

She continued: “It was the perfect Christmas Day. My older kids had both asked for a baby from Santa and so they thought Oakley had been delivered down the chimney. 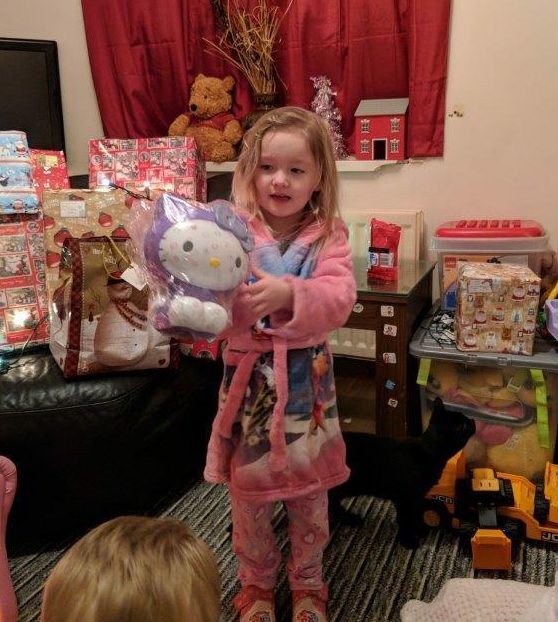 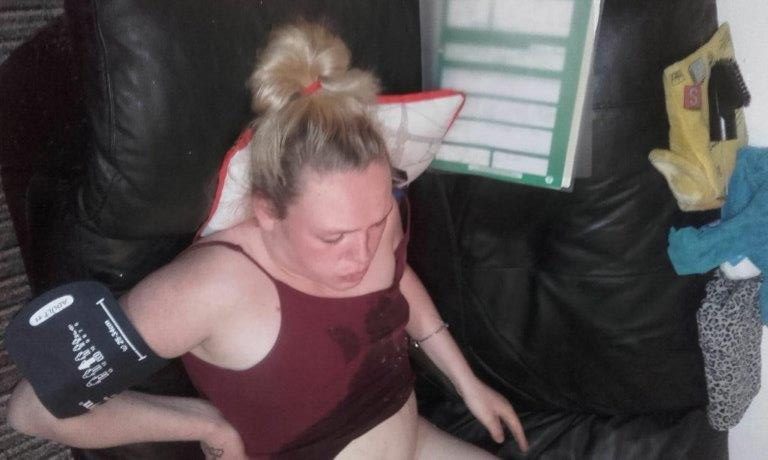 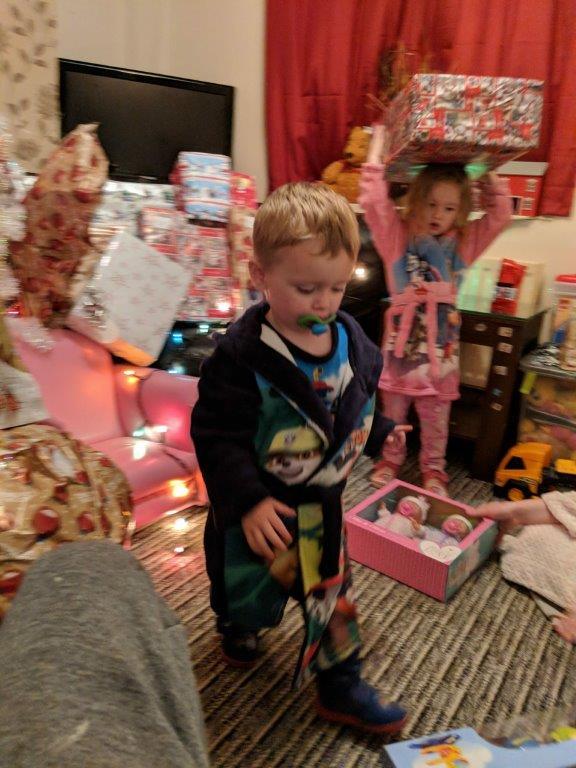 “I’d say it’s worth having a baby at Christmas just so my partner has to cook the dinner.”

Demi-Leigh and Aaron, 28, met in 2014 and she was already mum to Lola-Lea. The following year, they had Codie-Rae.

In May 2017 Demi-Leigh fell pregnant again. Their baby was due on Boxing Day. But early on Christmas morning, as she watched her older children opening gifts, Demi-Leigh felt her first twinges of labour.

Fabulous Online is always on the lookout for jaw-dropping, tear-jerking and heart-wrenching stories to feature.
Join our Facebook group  or email us to make £££s by sharing your story. 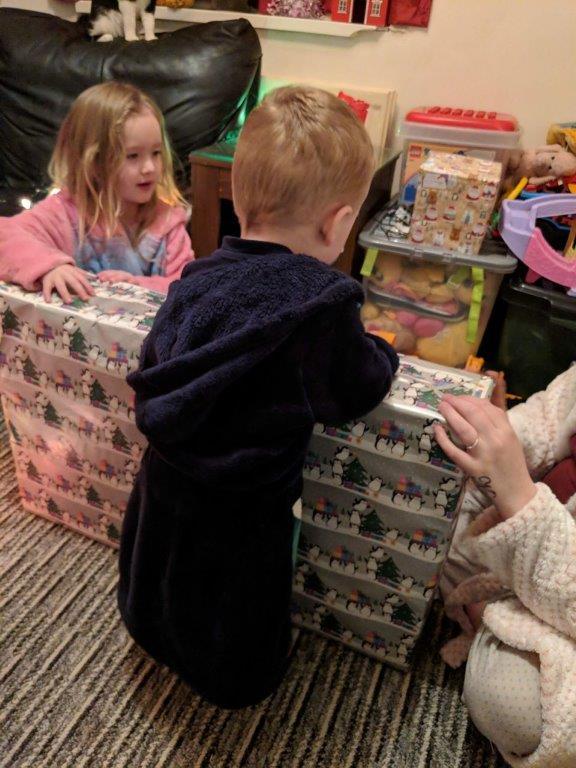 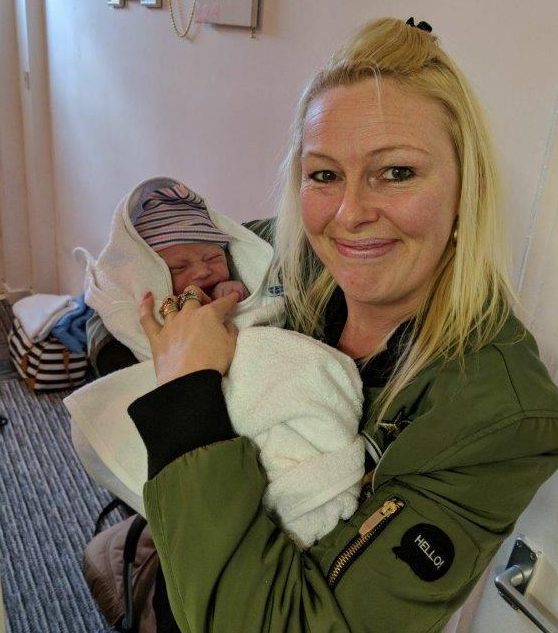 She said: “I just gritted my teeth and ignored it because I was determined to watch my children open their presents. It was just as the last one was opened that I felt a strong contraction and I knew It was time.

“It was as if my baby knew he was allowed to come now.

“Aaron rang an ambulance but we quickly realised when the paramedics arrived that I wouldn’t have time to get to hospital – and that our baby would be born at home.

“My main concern was my carpet because we’d just had a new carpet laid in the living room and I didn’t want a mess all over it.” 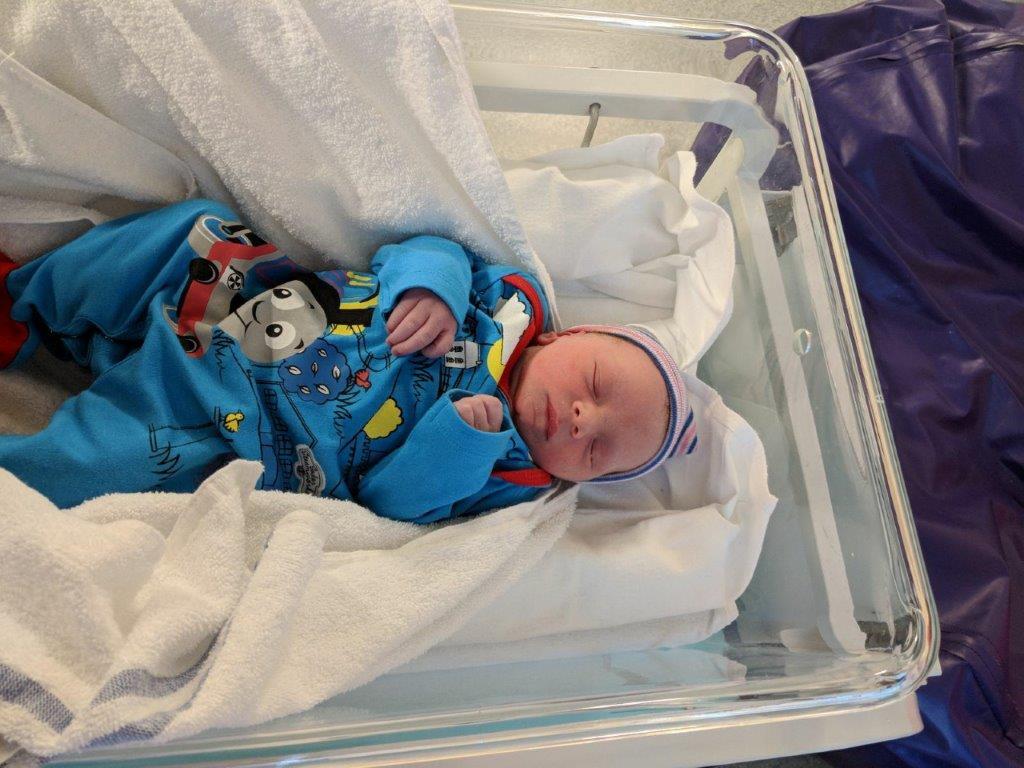 Demi-Leigh’s mum, Nikki, arrived to look after the children and Oakley was born, weighing 6lb 11ozs, in the couple’s living room at midday.

Demi-Leigh continued: “He arrived only 20 minutes after the paramedics came so it was all very quick.

“I was trying to stay calm for the sake of our other kids. He was my first natural birth because I was induced for the other two, so it was lovely with the Christmas tree and the fairy lights in the background.

“We went to hospital for checks but we were allowed home again just after 3pm – in time for Christmas dinner, which Aaron cooked all on his own.

“I’d say it’s worth having a baby at Christmas just so my partner has to cook the dinner.

“It was the perfect day and his big brother and sister were thrilled – they think Santa brought the baby down the chimney for them. This year will be very special, with our little family around us.”

Meanwhile, a size eight teenager who didn’t realise she was eight months pregnant was shocked at her ‘sudden’ bump when docs turned her baby in the womb.

A stunned mum had a surprise baby despite having a flat stomach and regular periods.