Judith Viorst, 88, has written over 40 books, most famously the children’s classic “Alexander and the Terrible, Horrible, No Good, Very Bad Day,” which has sold more than four million copies, and more sober titles like “Necessary Losses,” about the psychological boons of loss.

She also has been chronicling her own life stages since she was in her 30s with arch and witty poetry collections. (An early sampling: “It’s true love because …/ When he is late for dinner and I know he must either be having/ an affair or lying dead in the middle of the street,/ I always hope he’s dead.”)

“Nearing 90, and Other Comedies of Late Life” is her latest, and with it she joins a cadre of trenchant observers of senior life that includes include the New Yorker writer Roger Angell and Diana Athill, the late English editor and serial memoirist whose sixth, but not final, volume of her autobiography, “Somewhere Towards the End: A Memoir,” came out when she was 91.

Like Ms. Athill, Ms. Viorst is terrific on the evolution and contortions of sexual desire; like Nora Ephron she also nails the quotidian. She writes of slyly ogling a tattooed young man mowing a lawn (“You think I’m out here on the porch just reading my novel? You are so wrong”) and also of losing her memory, her keys and her friends.

Mostly she writes about that elusive state: a long, happy marriage. “Each morning I get up before you and stand by your side of the bed/ I’m checking to make sure you/ Are breathing. Still breathing. Not dead.”

She and her husband, Milton Viorst, a political writer, have been together nearly six decades; they have three sons (Alexander of “Very Bad Day” is the youngest, and now in his early 50s) and seven grandchildren. During recess from the congressional hearing with Attorney General William Barr, which she had been monitoring on both an upstairs and downstairs television, Ms. Viorst spoke by telephone from their home in Washington, D.C.

How did you and Milton meet?

We met when he was a waiter and I was a waitress in hotels at the Jersey Shore. We used to get together after we served dinner. I thought he was a very sexy guy, very smart and very fresh. We were both at Rutgers. We moved from the fringes of romance that summer to being intellectual buddies the next year, meeting for coffee to discuss the meaning of it all.

He had a Fulbright to France, and I was going to meet him there after I graduated — I was a year behind him. Instead we married other people, and we went our separate ways until one fateful night in the summer of ’59. We were both separated then. He had the nerve to call at 1 a.m. and said, as only Milton would do, “Do you happen to be awake?” Actually, I was. I was living in the Village and he came down and we walked around all night. We got married that January. 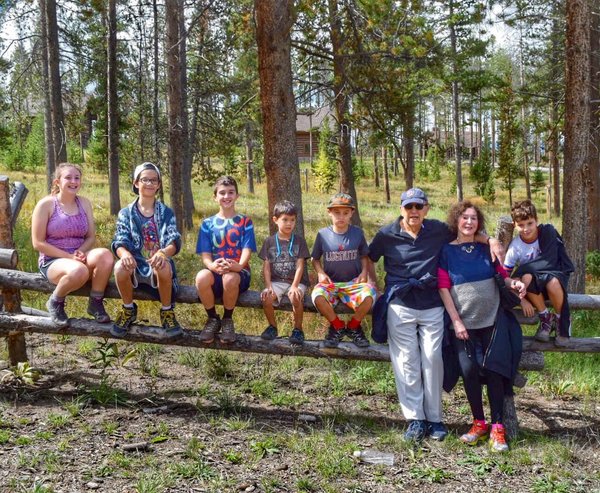 And then you moved to Washington, because Milton was working for The Washington Post. That must have been a wrench.

I had something like a psychological break. I was living in the Village on Charles Street, I had an adorable apartment and I thought I’d died and gone to heaven. I wrote in a poem once that in those days in the Village, you could buy a quarter’s worth of daffodils at 2 in the morning.

But in those days there was no question about who was going to move. My friends were so parochial when I told them I was leaving. They said I was starring in a horror movie called “I Married a Creature From Out of Town.”

What’s the secret to your long and congenial marriage? Is it the queen-sized bed you write about sharing?

It’s a double bed! You can’t get away from each other. You can’t sulkily move to your end, and not have your tushies touching. More seriously, we’re interested in what the other has to say. I think the line we would both use about the other is this one: “You may have been a headache, but you were never a bore.”

I’ve talked about this before: The marriage is like a third thing. If we have a fight, if we make compromises, it’s not to the other person, it’s to the marriage. It’s different from losing. This was a third thing that we treasured and took very good care of.

Also, we are very into the family. When we re-met, on that first date, we asked each other, “Do you want children?” We weren’t going to waste time if not. All of those decades later, there is nobody else you can get into bed with that’s as interested in talking about those kids as the father of those kids.

I’m so sorry, now it is time to ask the requisite Alexander questions. What was the impetus for the book and what has he grown up to be?

He did have more than his share of bad days. He’s now this sort of svelte snow boarder and mountain biker but, then, it seemed to me that he was always tripping over something.

My favorite story is him coming home from preschool one day and saying, “Oh, oh my knee, my knee, I hurt my knee!” And I said, “From soccer?” And he said, “No, from story time.” He had been fidgeting so much, he fell over. And that sort of epitomized Alexander. His work? He works to finance affordable housing.

Is it true that when a dear friend of yours was in hospice and you came to say goodbye, you both counted all the guys you had slept with?

Yes, but I’m going into no further details.

Penelope Green is a Style reporter, covering home, garden and the built environment. She has been a reporter for the Home section, editor of Styles of The Times, an early iteration of Style, and a story editor at The New York Times Magazine. She lives in Manhattan. @greenpnyt • Facebook