They're an essential part of every Christmas dinner, but how do you jazz up the humble sprout? Here are our recipes and suggestions… How long to boil Brussels sprouts

Start by cutting off the stem end of your spouts and removing any yellowing outer leaves.

There is no need to add the cross on the end, much loved by many, as this is said to "put in too much water".

Pop them whole into a pan of boiling water and let it bubble away for about 10 minutes or until the little bulbs are cooked and tender.

Drain the water out add salt and pepper and maybe even a little knob of butter if you're feeling fancy. And serve. 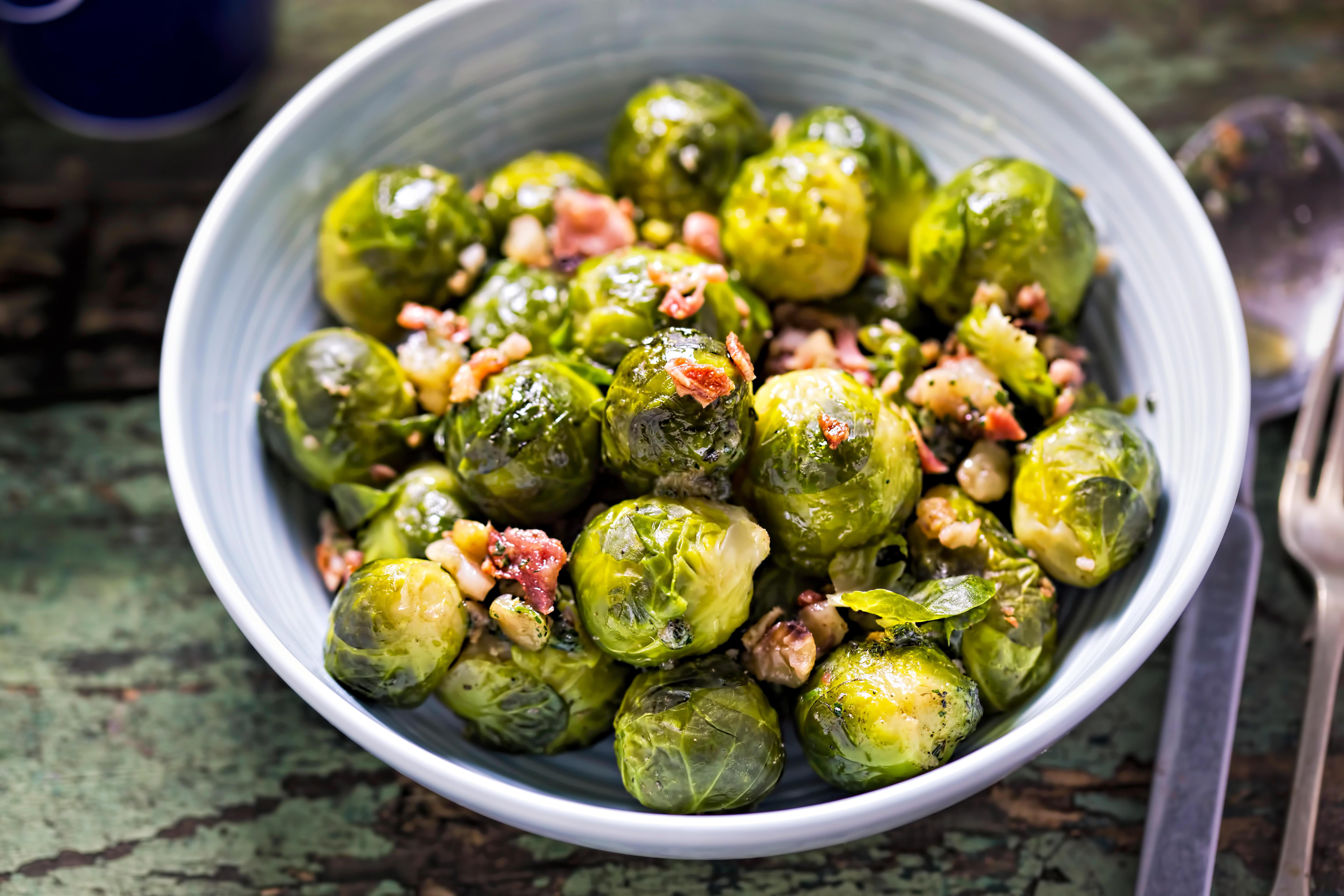 How long to sautee Brussels sprouts

Just because the word "sautee" is involved, doesn't make this a fancy gourmet dish.

What we're talking about here is fried sprouts.

When sauteeing, it's harder to cook the spouts all the way through so it's recommended you cut them in half.

Heat some oil in a large frying pan and add the halved Brussels.

Season with salt and pepper and cook for eight to ten minutes or until they've got a fried brown glow.

Next add 80ml of water to your pan and continue to cook until all the water has evaporated.

Decant from the pan into a lovely bowl or dish to serve.

We recommend sticking in a bit of bacon if you really want to impress.

Are there other ways to cook them?

You can also roast your sprouts by mixing them in a bowl with olive oil and salt and pepper.

Put them on a sheet pan and then roast in the oven for 35 to 40 minutes.

They should be crisp outside and tender on the inside.

You can braise sprouts by boiling them as normal then adding them to a hot frying pan of butter, salt and garlic.

Cook the Brussels until they're brown.

Steam Brussels sprouts in a steamer for six to eight minutes.

Are Brussels sprouts really good for you?