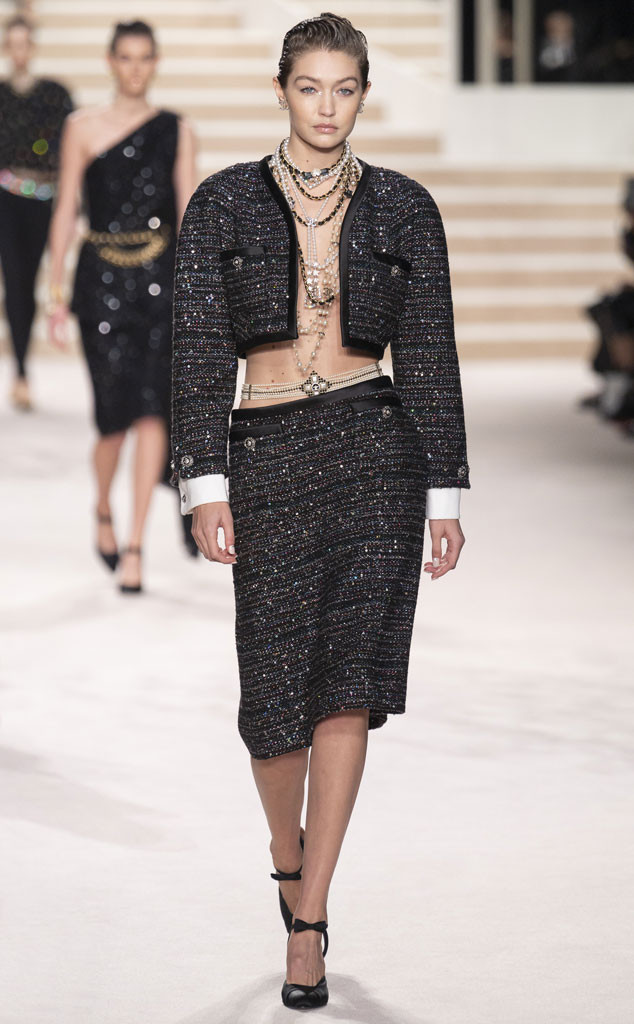 Whether it’s on or off the runway, some of Hollywood’s most famous leading ladies have their signature style down pat.

Case in point: Kristen Stewart attended the Chanel 2020 Pre-Fall runway show at Le Grand Palais in Paris earlier today and sported a head-to-toe ensemble by the famous fashion house that only the Charlie’s Angels star could pull off.

Dressed in a black billowy blouse and matching hot pants, the former Twilight actress embraced her trademark rock n’ roll vibe with a twist that the French brand is known for.

The 24-year-old paired a classic tweed skirt suit with, well, nothing on underneath aside from layers upon layers of pearl necklaces.

Bella Hadid‘s older sister has become a fixture on the runway for Chanel in seasons past. In fact, just last season the model saved the day as a YouTube star attempted to crash the beloved fashion show.

In video filmed by shocked audience members, Gigi was seen escorting the crasher off of the runway and towards the backstage area before she gracefully continued her walk. You know what they say—the (fashion) show must go on!

But Gigi and K.Stew weren’t the only leading ladies at today’s elite event. Lily-Rose Depp, Penélope Cruz and many more stars showed up for the fashion world’s most prestigious runway show. 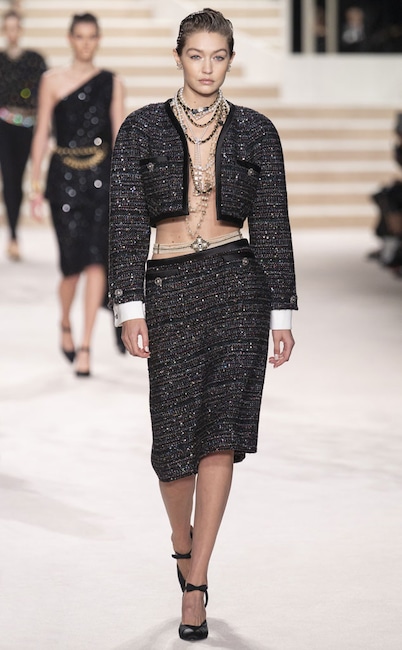 Because, honestly, who needs a top when you’re wearing all Chanel? 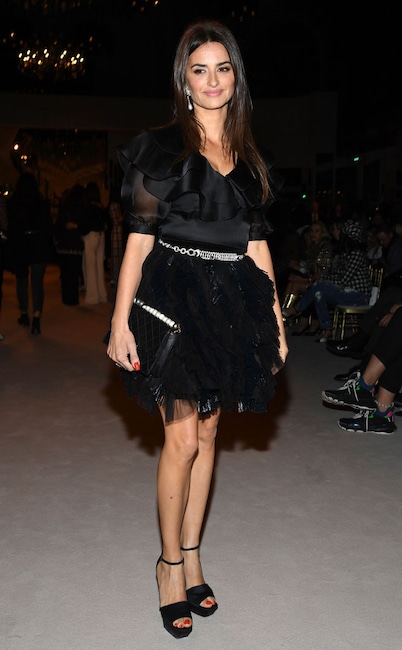 The actress takes the classic LBD to the next level. 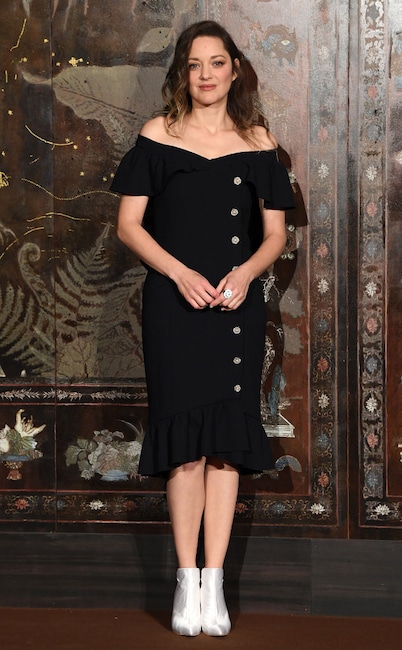 The French-born star shined in silver ankle boots and an off-shoulder ensemble. 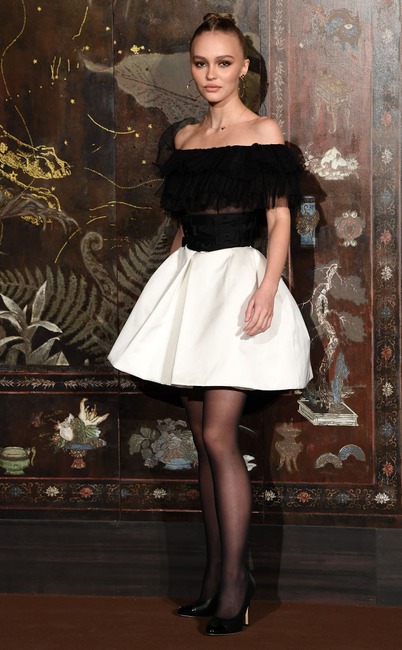 Johnny Depp‘s daughter looked ready to take on any red carpet in this party dress. 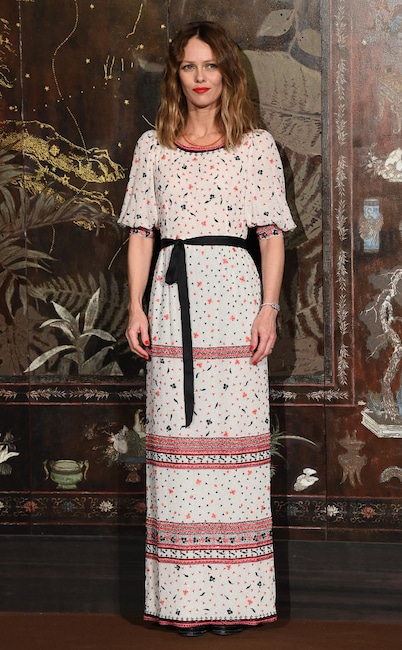 Lily-Rose’s mother was by her side during the Parisian event of the season. 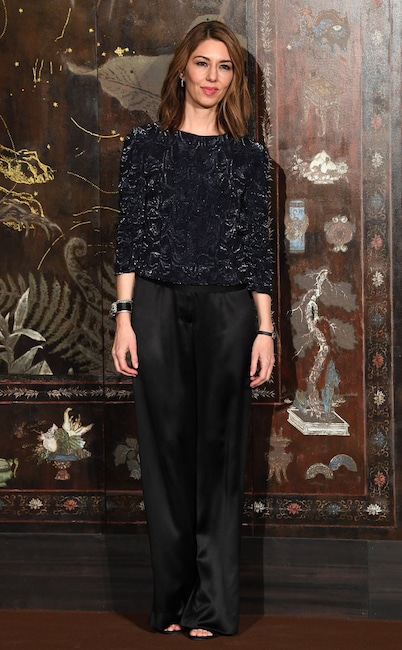 Dressed to the nines, the award-winning director opted for elegant trousers over a dress. 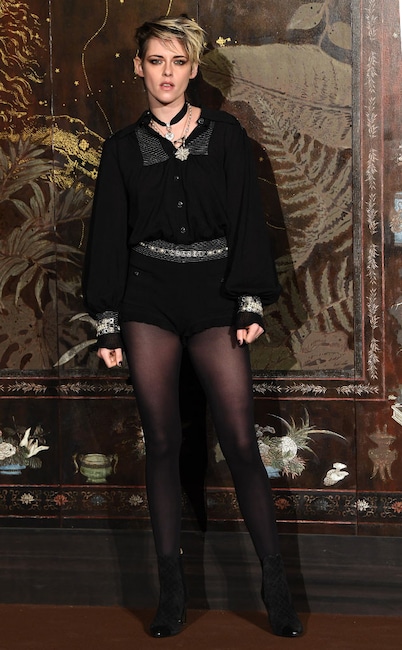 The 29-year-old struck a pose before stepping foot inside Le Grand Palais.