More than 135 million people have heard that Jay-Z and Beyoncé spent “250 for the Richard Mille” in one song on the YouTube post of their surprise summer release, “Everything Is Love.” And more than 36.6 million have played “New Patek,” Lil Uzi Vert’s latest single, on YouTube since it appeared in September. Rappers mentioning watches isn’t new — but the volume certainly keeps increasing. What’s this all about? (Lyric statistics from Lyrics.com as of Nov. 15, unless specified.)

With 1,102 mentions in rap and rock anthems since the 1970s and a further 681 shout-outs to Rollie, its urban slang name, Rolex is top of the drops. Worn, bought or “bust down” (with diamonds), the independent brand remains the most potent symbol of music, money and sexual success. “We see massive jumps in social media and in enquiries when tracks start to become well-known on playlists and when people talk about them,” said Richelle Pitt-Chambers, head of watches at the pre-owned luxury e-tailer Xupes — like the Rollie reference in “Bad and Boujee” by the rap trio Migos (Franck Muller showed up in that one, too). And female artists like Cardi B, who rapped “Rollie got charms, look like frosted flakes” in her Grammy-nominated “Bodak Yellow,” are “making luxury watches look cool and on trend for women who usually buy fashion watches,” Ms. Pitt-Chambers said. 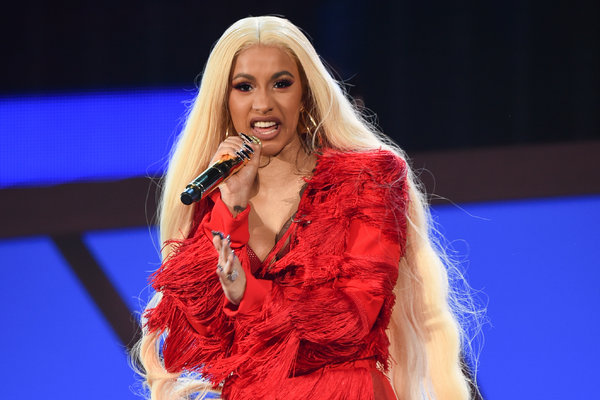 With 201 shout-outs since 1987 — 140 of them on the Billboard chart last year alone, according to the lyrics website Genius, Patek Philippe is on its way to stealing the hip-hop crown. But then, rappers “want to align themselves with the best of the best,” said Jonathan Darracott, global head of watches at Bonhams auction house in London. Having the name of the family-owned watch business used by the likes of Lil Uzi Vert (who is 24), or by Young Thug (27) and Future (35) in their song “Patek Water,” “allows Patek to reach a younger audience of 16 to 40 year olds that they would have struggled with,” said Gen Kobayashi, head of strategy, communications at the advertising and marketing agency Ogilvy UK. The age group may not be able to afford a Patek now, Ms. Pitt-Chambers of Xupes said, but they “may do in 20 years time when they want a luxury product as the name is stuck in the head.” Even mashing up the name with explicit lyrics is good for business, she added, because “it’s free advertising.” Consider Young Thug’s “STS”: “Hop out with a Patek on my wrist and keep the .44.” While clients “wouldn’t know or care” about a rap reference, Mr. Darracott said, businesses probably feel differently. “Any way it can get clients, they are happy,” he said. “Same with auction houses. Every brand wants to be alive and relevant.”

According to Ms. Pitt-Chambers of Xupes, the 271 shout-outs for Audemars Piguet since 2002 has done a lot for the family-owned brand because “it is not the brand that is in everyday conversation but is more niche,” she said. Name drops by major artists like Jay-Z, ASAP Rocky and even the dance D.J. David Guetta have created awareness of the watch house as “the bigger the artist, the bigger the following,” she said. (Mr. Guetta alone has 8.5 million Instagram followers.) There have been model mentions, too, with the Brooklyn rapper Maino singing in “I’m About Cream” about his “Offshore Royal Oak, I got diamonds in ‘em.” It can only help sales, Mr. Darracott of Bonhams said, “as the artists are pinning it down to a particular thing, it’s easier to find.”

Ever since Jay-Z and Kanye West shouted-out Hublot as a “new watch alert” in 2011, the LVMH-owned brand has “become cool among rap fans” with more than 80 track mentions, Ms. Pitt-Chambers of Xupes said. (Including “that Hublot looking like a Heisman,” in Jeezy’s “Black Eskimo.”) British musicians like their Hublot watches, too, with the artist Stormzy, who performs a hybrid of hip-hop and English club music called grime, adding a new twist in “Big For Your Boots” by mocking people who say “HUB lot” rather than the correct “oo BLOW”: “Little man, that’s a Hublot, not a Hublot/What? Pronounce it right …” Mr. Kobayashi of Ogilvy said Hublot, with its grime and rap associations and a longtime role as the official World Cup timekeeper, has “a relevancy beyond Bond Street and where they are sold, which means they are part of pop culture, so they are speaking to a wider audience outside of just luxury watch buyers.”

“Fat Richard Mille on my wrist,” the rapper Young Thug, known for his gender-fluid style, wrote in “Tsunami,” released in August — just one of the 42 shout-outs (19 this year alone) that the independent watchmaker has received since 2001. And some were even more specific: Pusha T lauded “Richard Mille tourbillon, remarkable timing” while Pharrell Williams called out the “Flat double skeletal tourbillon” — showing that they “know what a complication is,” Ms. Pitt-Chambers of Xupes said. The artists who sing about Richard Mille are clients, according to an email from the company. A rap fan himself, the 38-year old Mr. Kobayashi of Ogilvy, checked out the style and prices of Richard Mille watches “because Jay-Z raps extensively around them,” he said. “It made me look them up to see what one was, and saw it was an expensive watch.”

Since 2010, Vacheron Constantin has seeped into rap lyrics with 10 mentions by musicians, including Kendrick Lamar and Rick Ross. In the 2017 watch-laden track, “Iced Out My Arms,” DJ Khaled was “‘Bout to swap the Patek for a Vacheron (switch it!).” The name drops have come as a surprise to the Richemont-owned company as “we are understated and not bling and not something we do actively or with intent,” said Laurent Perves, Vacheron Constantin’s chief marketing officer, adding that the business is only aware of a shout-out after the music’s release. “If they talk about us,” he said, “they know us,” although he wouldn’t confirm whether they were clients. Mr. Perves added that he does not know of any direct effect on sales as, he said, there has been no feedback from the field. Yet, he said, “at the same time, it is something organic that we shouldn’t try to control.”