But science has found that if you're a man, partnering up with woman on a run could really help your fitness levels – and it's all thanks to the "sexual display" you unconsciously put on. 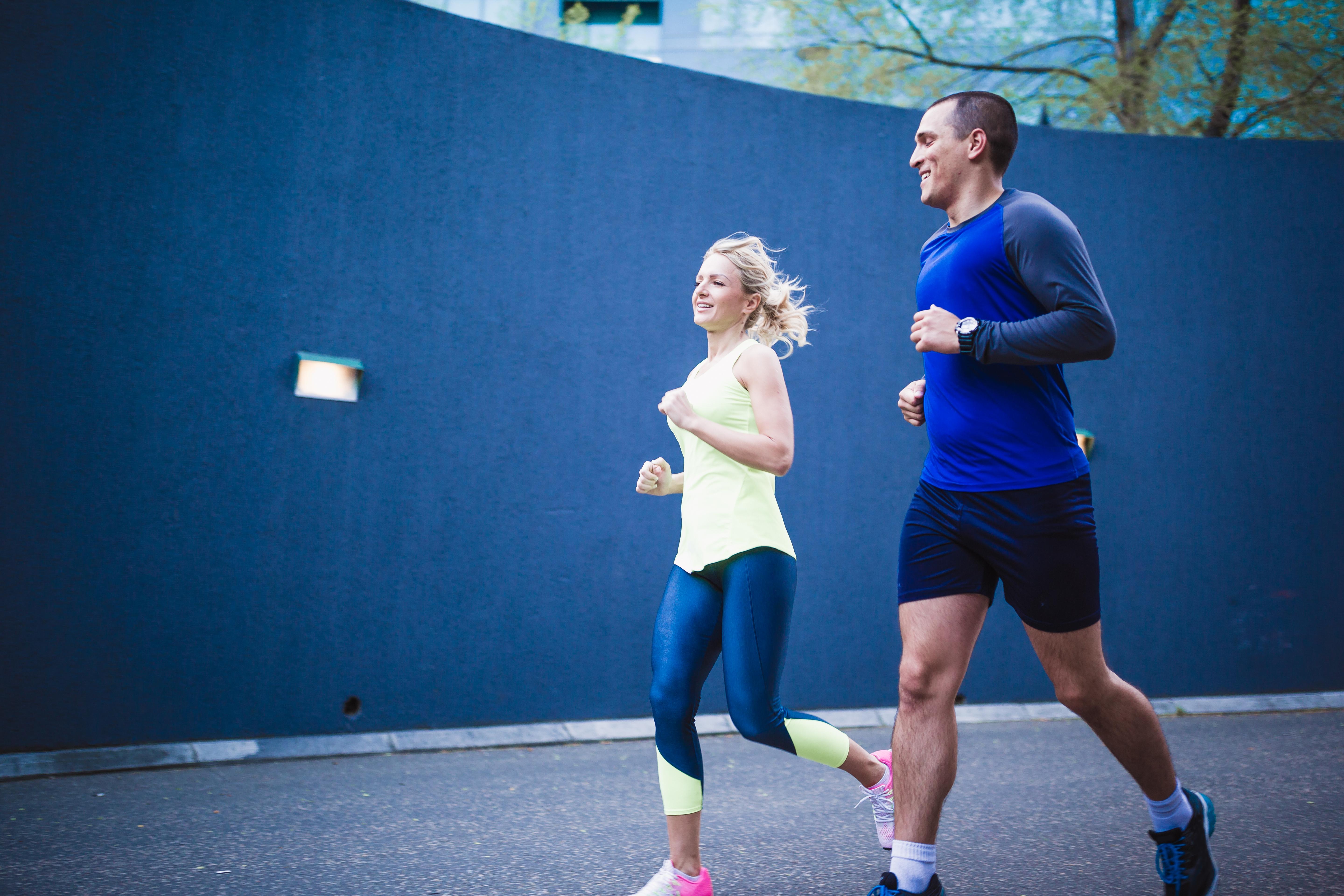 A new study by researchers at the East Carolina University in the United States, has discovered that men who go running with a female gym buddy improve their pace and distance.

They found that, on average, you'll run a mile-an-hour faster and carry on your workout longer with a woman by your side.

For the research, scientists paired male volunteers with a female stranger.

The men – regardless of their relationship status – were found to put on a "sexual display strategy". "When people are aware that potential mates are observing their performances, they may alter their behaviour – consciously or unconsciously – in order to make themselves appear more desirable to these individuals," psychologist Dr Michael Baker told the Mail on Sunday.

Men paired with a woman were found to run at an average of 5.85mph, while men running with another man travelled at a lower 4.86mph.

Dr Baker added: "Given that running increases heart rate, it is reasonable to suppose that exercising with a potential mate could result in an increased frequency of mating-related thoughts and self-presentational behaviour."

However, if you don't have the willpower for running, going for a walk – female companion optional – could actually burn more fat and lower your injury risk. Male participates in the study ran on average a mile-an-hour faster with a woman than if they partnered up with another manNumerous studies suggest that short bouts of walking can help to reduce the risk of depression and high blood pressure.

Research also suggests that going for a stroll after eating can help to speed up the time it takes food to move from the stomach into the small intestines.

And that's supposed to help with feeling fuller after eating and controlling blood sugar.

What's more, it has a lower risk of injury. "It’s relatively low-impact, so the consequences on the body are far more gentle (compared to a harsh run)," Faya Nilsson – also known as blogger Fitness on Toast – told The Sun.

"This also means it’s one of the few forms of cardio you can do pretty injury free on a daily basis (unlike, for instance, running).

"It’s also a full-body workout which sculpts arms, legs and core – try to walk at speed with a bad posture and it’s almost impossible (whereas when you run for a long time, it’s easy to lean on one side/hunch your shoulders/exaggerate lordotic back postures (that’s arched/swayback with excessive curvature)."

For the best fat-burning results, Faya suggests walking first thing in the morning before breakfast.

"If you’re short on time, squeeze it in where possible – en route to work, during a lunch break or walking to a meeting – anywhere, anytime but the best time is before breakfast for 60 minutes,’ Faya explains.

"The reason being your glycogen stores will be lower and the body will burn through what little glycogen there is stored and use your stored fat much quicker. Plus you’ll be taking in some great scenery – nature or the urban city – while walking!’