A COUPLE has revealed how they saved hundreds by collecting free wallpaper samples from local stores to transform their stairway.

Emma Dungey, 37, from Tividale in the Black Country, said she collected 12 different wallpaper samples and gave their stairway a cheap makeover for just £4. 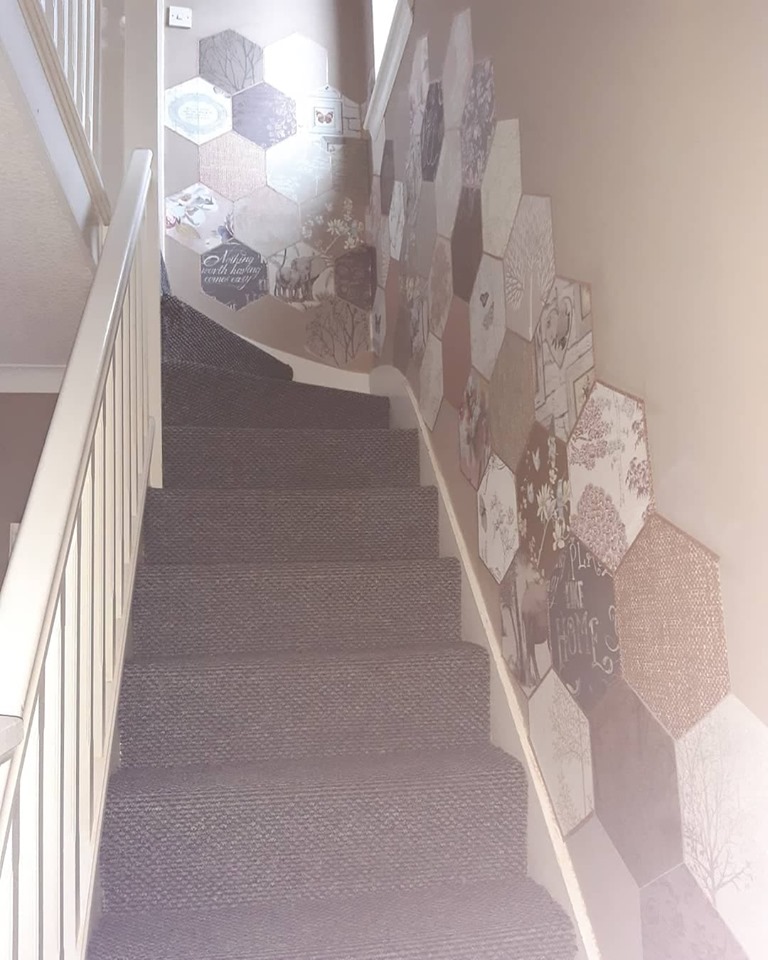 The stay-at-home mum and student said it may seem ‘cheeky’ to collect multiple samples but said it hides kids’ messy finger marks over the walls and the samples were put to good use – not wasted.

Emma and her husband picked out a colour scheme before going out searching for free wallpaper samples to match their dream interior – collecting only ones that fit best.

She shared her ‘cheeky’ DIY trick to Facebook, writing: “With 4 kids aged 11, 7, 4 and nearly 2. You can imagine fingerprints coming down the stairs.

“So after seeing an idea on here I got my other half to do the same in different colours. So after 3 sneaky trips to a well known DIY store to get different wallpaper samples. 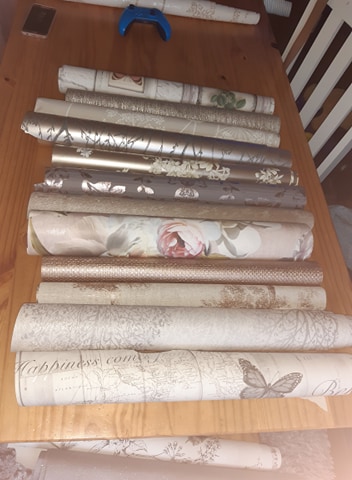 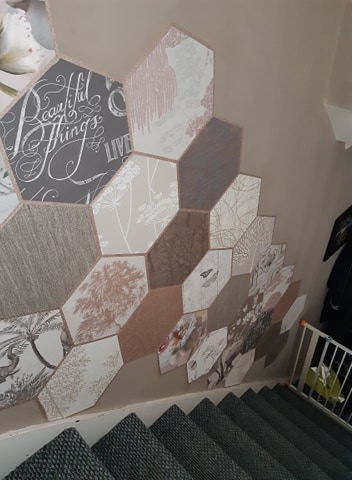 “My husband has created this for us. So going from magnolia to light brown we have now gone to this….

“It was extremely time consuming, but he's done amazing and got a very happy wifey!”

The mother said it took her and her husband four days to complete the stairway transformation and said while it was very time consuming, it was worth it.

She said they spent just £4 on six different tubes of children’s PVA glue and some homemade wallpaper paste to stick the cut out hexagon shapes to the walls. 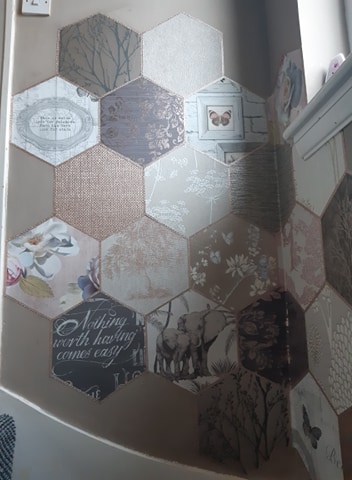 Her DIY-savvy husband then decided to add a stylish gold border to the shapes so trimmed the paper into strips and stuck it around the patterns.

Emma said: “We collected 12 different free wallpaper samples of the same blended colours and different patterns from local shops and then cut them into hexagon shapes using a homemade template.

“We used 6 tubes of children's PVA glue, some homemade wallpaper paste and rose gold wallpaper for a bordered trim.

“We didn't even need to sand the walls  – we just stuck it straight on!” 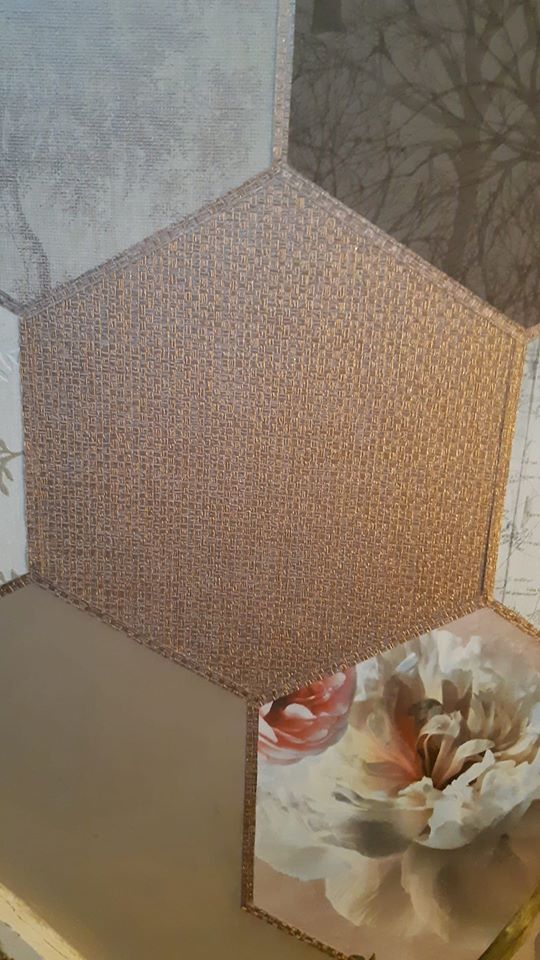 The mother-of-four said she was going to buy some gold tape to use as a border but decided to trim the wallpaper to save money.

Her husband cut the paper down into stripes and cleverly stuck it around the shapes.

She said her husband was the mastermind behind the DIY and dealt with the ‘fiddly’ aspects of the stairway transformation. 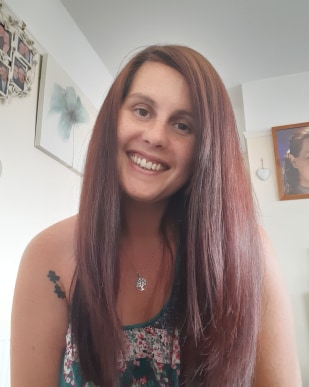 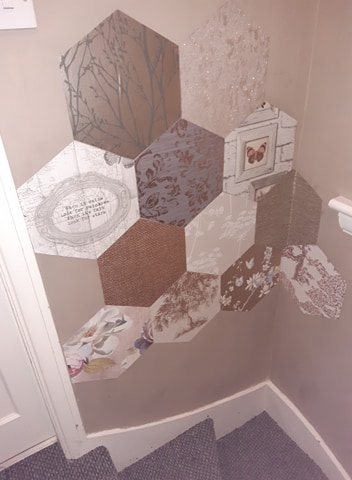 Emma said: “It was quite time consuming. It was my husband who did it and it took a good 4 days on and off.

“It was the trimming and sticking the border between the shapes that was the fiddly part, but it's well worth it and very eye-catching when you walk through the door.

“We just used the free wallpaper samples they have in the DIY stores –  we had to go back a few times to get some more!

“A little cheeky I know, but the samples were put to good use and not thrown in the bin.”

The couple only had to pay £4 for the glue and said they took their inspiration from other Facebook users in the DIY On A Budget group.

Emma said she is definitely noticing the benefits of the uniquely patterned wall – and said it is keeping the painted walls free from fingerprints from her young children.

She said the wall was just a plain light brown shade before and this ‘cheeky’ DIY trick has made it look like a whole new stylish space – and saved them hundreds.

We shared how a mum with the ‘ugliest house on the street’ reveals amazing transformation & people think she built a new one.

And this mum completely transformed a shabby Wendy house she got second hand with some old paint and charity shop bargains.

Meanwhile this dad-of-three made an incredible playhouse for his kids which includes a garage and private lawn – and it cost just £150.