Annabel’s, the ultraexclusive club in London where Elizabeth Taylor, Queen Elizabeth II and Harry Styles have mingled, moved after 55 years. Under its owner Richard Caring, it reopened in April in a four-story Georgian townhouse two doors from the original on Berkeley Square in the Mayfair district.

Everything in the club is brand-new, including all the furniture and glassware. So what happened to the old stuff?

On Nov. 20, some 250 objects from the original Annabel’s will be auctioned at Christie’s London. There is something for everybody: Estimate prices range from $60 to $150,000.

The red velvet corner sofa on which Naomi Campbell was photographed lounging? That’s for sale, starting at $2,700. The green-and-black wool coat that a doorman wore when refusing entry to the Beatles because they weren’t wearing shoes? Starting price is $65. And the bar stool where Frank Sinatra would drink his Jack Daniel’s? “That, too, is being sold,” Mr. Caring said ($660 to $1,100).

Here, Mr. Caring answers some questions about the auction, the original Annabel’s and how the members-only club has evolved. 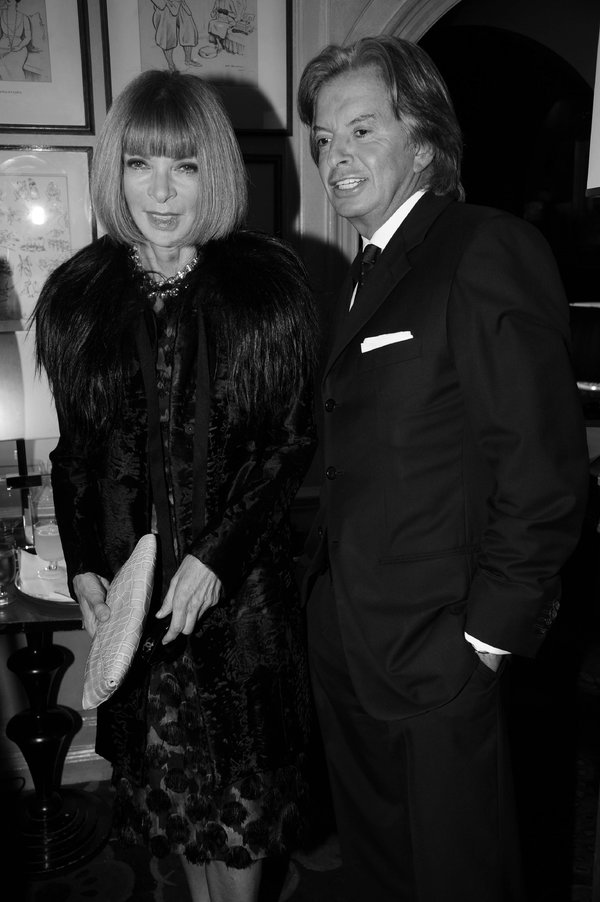 Annabel’s was known for celebrity mischief. Any stories you can share?

Lady Gaga has performed twice at the club, and on the 50th anniversary she climbed on the piano, singing “Poker Face.” That was a spectacle. She is a star.

Goldie Hawn got so drunk, she got into a cab with her feet over her head instead of on the floor. She insisted on sitting that way, even though I tried to move her.

We aren’t allowed to tell stories about the young royals, or we will end up in the Tower of London. They are totally well behaved. I won’t tell you anything else.

The auction items have so much history. Are you sad to let them go?

I’m really sorry we are selling everything. I want to give everyone a chance to buy them. Families that have been going to the club for generations. Their parents were there. Their grandparents were there. They got engaged on that couch. I thought these items needed to be loved, and whomever buys them will love them.

But a month after I agreed to the sale, I was walking around the new club and I thought, “We should create a mini version of the old Annabel’s.” It will be done in the original wood paneling and will look the same. It will be nostalgic. So I will be going to the auction myself and getting some of the original pieces.

Which items are you eyeing?

There is a series of photographs showing celebrities: Princess Diana, Goldie Hawn. There is a wonderful picture of Elizabeth Taylor that I love very much. I’m going to try to buy that one.

There is a William Nicholson painting of the Senate House. It was painted in the 19th century, and it is very popular. I would like to buy them all, but I’m not allowed to.

What’s your favorite memory from Annabel’s?

I’m on my second marriage, so you can get me in trouble here. But it must be the very first time I went. I was 19 years old, and it was an extremely upmarket and chichi experience, and I was open-mouthed the whole time. The experience of being with the aristocracy in those days was very special. That was 50 years ago.

How did you get in the door?

I cheated my way in, to tell you the truth. I got the name of one of the members, and I said he invited me, and he said I should wait downstairs for him at the bar. By the time they realized the truth, they couldn’t find me to throw me out.

People try to bluff their way in all the time. We have a little more technology now, so it’s harder, and very few people succeed. We recently had people come in through the back kitchen door. It’s like when you would go to the movies as a kid and let your friends come in through the side door.

How has Annabel’s changed?

Fifty years ago, it was the home of the aristocracy. Now even the royals who come to Annabel’s are much more normal, more in touch with the people. They aren’t the untouchables they were before. William and Kate, you can reach out and touch them.

What’s next for Annabel’s?

We are toying with the idea of opening a club in New York. We’ll see.

This interview was edited for space and clarity.