For much of the last decade, the sportswear that is this country’s greatest contribution to international style seemed to have taken over global fashion’s brain, as many of the European labels and houses once known for luxurious materials and fine tailoring turned into outposts of Modell’s. Whether at Vuitton, Balenciaga, Zegna or Gucci, it was suddenly all sneakers and hoodies, all the time.

Far from liberating American designers, this had the opposite effect. Who wants to look as if he’s copying a borrowed version of himself? Somehow many in this country seemed to have lost track of their inherited legacy and of the countless innovations rung on sportswear across the decades by people like Geoffrey Beene and Ralph Lauren, Claire McCardell and stellar immigrant talents like Miguel Adrover. 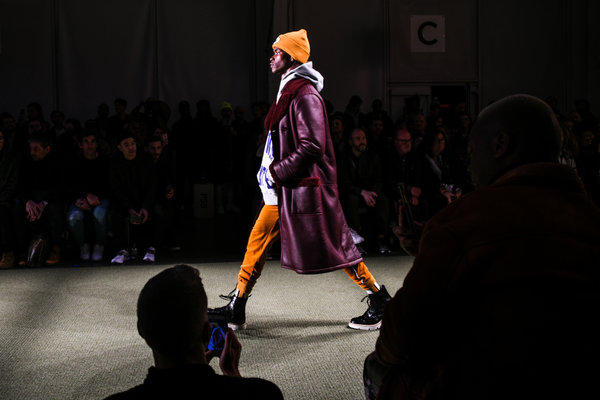 Thus it came as a welcome surprise during New York Fashion Week: Men’s to discover that some of the finest American men’s wear designers now at work had doubled down on the homegrown heritage. Two in particular led the way.

For decades, Todd Snyder, 51, was considered a journeyman in the business, a skilled designer with stints at Polo Ralph Lauren, J. Crew and Gap listed on his long résumé, a minor cult figure in Japan though never a star at home. To an extent this owed to Mr. Snyder’s affable and unassuming Midwestern persona. He is from Iowa, and the truth is, fashion has probably never shown the Hawkeye State the respect it deserves.

And there is a lot of Iowa in Mr. Snyder, an Everyman designer whose work consistently draws on a vocabulary rooted in elements of American sportswear and work wear, on sweatshirts and varsity jackets, on bombers and car coats, on toggle-buttoned duffels and buffalo plaids, all of it filtered through the eyes of a stealth sophisticate.

Sure, Mr. Snyder may not be, as GQ recently noted, the most famous American men’s wear designer of his generation, though “he just might be the most influential.” That assertion never felt more apt than on Monday evening when — with a styling assist from Jim Moore, the seasoned GQ editor-at-large — Mr. Snyder mounted his finest show to date.

Not coincidentally, it was also his most personal one. Shown against a plywood backdrop and on grass-green carpeting evocative of his suburban childhood rec room in Huxley, Iowa (population: 3,700), the collection was a ramble through Mr. Snyder’s back pages, a ’90s-does-’70s rendition of Midwestern Americana” as Vogue.com saw it.

More than another retrospective time trip, the show was a persuasive thesis for a revised way of dressing, one suited to a generation of dudes gradually making their way back to that alien uniform, the suit. Mr. Snyder sold it gently. He made versions in pinwale corduroy with high-waist Urkel trousers and also in wool flannel and goofy muted plaids distinctly evocative of Goodwill.

Throughout he deployed a confident palette — a powder-pink shearling, say, worn over chocolate trousers, a Bazooka pink trucker jacket and a mock turtleneck in a hue resembling the lees in a bottle of port.

He paired a plain woolen hoodie tracksuit with a coat in contrast plaid suitable for any office. In a further a nod to thrift shop geek style, he sent out granddad cardigans and shrunken schoolboy sweaters as well as green wide-wale corduroys with exaggeratedly dropped crotches. Those he paired with a snap-button Western shirt in a sinister cyan blue. He also showed a raucous, multicolor sleeping-bag puffer because, well, Instagram.

That the collection was assured and unselfconscious enough that you could almost forget there had been a designer behind it may have been the most notable thing about it. It was also the most Iowan.

Unlike Mr. Snyder, Emily Bode has taken just a few seasons to stake a firm claim on her place in the American men’s wear landscape. She did it one vintage tablecloth at a time.

By now the story is well rehearsed of the 29-year-old CFDA/Vogue Fashion Fund award winner and her lifelong fascination with timeworn textiles. In previous seasons, she dissected vintage quilts to make them into jackets; stripped old feather mattresses of their ticking (don’t try it) to create a pair of trousers; built an entire collection around khadi, the hand-loomed cotton central to the creation of Gandhi’s India.

The narrative framing devices she uses for each new collection are personal to the point of being eccentric. This season her point of departure was her friendship with Todd Alden, an artist and gallery owner, with whom she shares, among other things, some pronounced magpie tendencies. Each is a Mayflower descendant. Each is an inveterate collector. Each is fixated on the throwaway detritus of material culture that we fancy up for collecting purposes as “ephemera.”

With naked bulbs hanging from the ceiling; chaises longues scattered about; Replacements posters on the wall and alt-rock musicians playing a set in a SoHo gallery built to look like a makeshift rehearsal space for a suburban garage band, Ms. Bode presented a collection that — while it was meant to evoke the WASP milieu of 1980s New England — seemed at once of a specific American place and also out of time.

Though she made her name with one-of-a kind items, the demands of a growing business (more than 40 stores now stock the Bode label) required her to increase her scale of production. And so to her trademark oddities, the designer this season added a series of commercially appealing checkerboard knits, patchwork velvet suits, crocheted jackets, logo hats and scarves and mittens.

Yet it remains the more outlandish and idiosyncratic designs that mark Ms. Bode as an American original since, after all, it requires a particular kind of gumption to create men’s wear inspired by one’s interest in collecting cardboard milk bottle caps and old pennies (both of which the designer inserted into transparent PVC raincoats stitched up in grids); turn woolly stuffed animals into slippers; imprint monochrome images of baseball cards on shirts; and repurpose a flea market tablecloth find as a jacket embroidered with a map of Robinson Crusoe’s island. 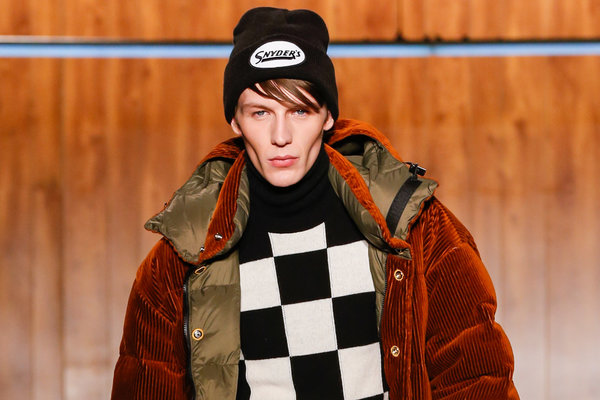 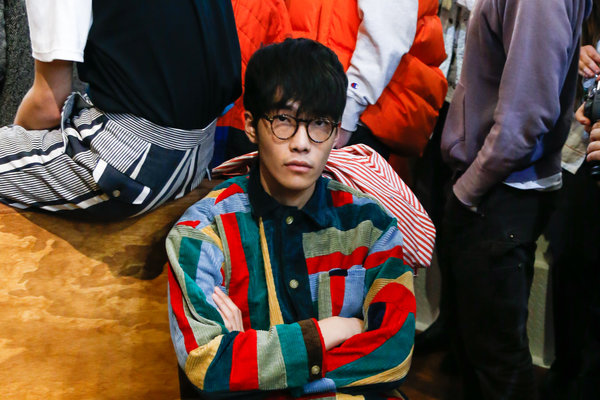