Christine Lampard has presented shows like The One Show, Daybreak, Dancing on Ice and This Morning throughout her career. In 2015, Christine tied the knot with football manager and former player, Frank Lampard, and they have had a daughter together, Patricia.

She also has two step daughters, Luna and Isla from Frank’s previous relationship with Elen Rivas who was a Spanish model.

The TV host was presented with a stunning solitaire diamond ring with a platinum band worth an estimated £120,000, when the footballer proposed in 2011.

The ring, includes a large solitaire diamond, as well as smaller diamonds on the band.

Frank apparently spent three months secretly planning his proposal but the Daybreak presenter insisted that it was “not very fancy”. 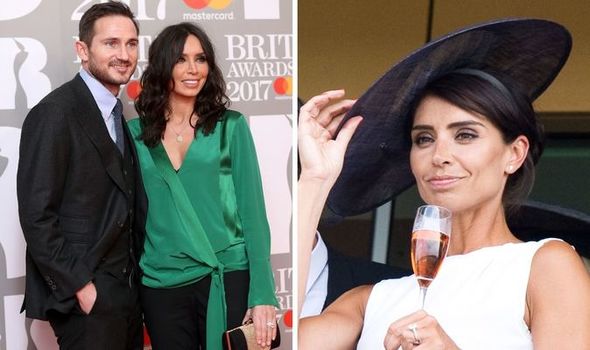 They flew to America on a romantic trip thought to have cost £30,000 which saw them visit Las Vegas and Los Angeles.

The couple had been on a two week break, first staying at the Wynn Encore five star luxury resort in Nevada for a week, which costs around £300 a night. They then travelled to California and it was reported that they were staying at a £350 night SLS Hotel in Beverley Hills.

The footballer got down on one knee after a romantic beach side lunch in LA, which led Christine to cry for ten minutes.

Engaged during their holiday, Christine admitted that the ring was a bit too big but the TV presenter couldn’t help but flash her diamond ring as she strolled through the airport on their return to London.

Alongside her engagement ring, the star has a matching platinum band from when the couple got married in 2015.

The couple started dating in 2009 after attending the Pride of Britain Awards. In 2015, they got married at St Paul’s Church in Knightsbridge and Christine opted for a Kate Middleton inspired dress by designer Susanne Neville.

However, Christine has said that she doesn’t always wear her engagement ring. 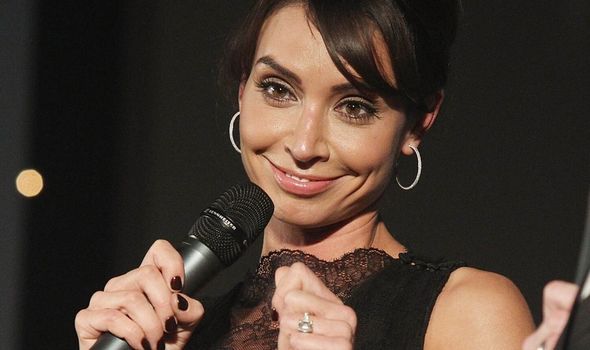 On a Loose Women show in 2017, Gloria Hunniford asked her: “Why aren’t you wearing it today?”

Christine replied: “I don’t always wear it everyday actually. I’ve always got my band on.”

The panellists were all discussing whether they liked their engagement rings or not.

The TV presenter told her co-stars: “Frank did it all, I had nothing to do with it, I never tried anything on. I loved that, I didn’t actually care what it looked like.”

Christine previously admitted that she nearly left Frank before the wedding. Whilst drunk, Frank had swapped the name cards of the wedding dinner around as a prank.

Alongside on Loose Women, Carol McGiffin became engaged to her boyfriend Mark Cassidy in 2008, when he popped the question with a round cut diamond ring set on a platinum band.

The couple finally married in February 2018 after a ten-year engagement, but Carol didn’t share their happy news until they had already celebrated their first wedding anniversary.

Christine keeps her 506k Instagram followers up to date with daily outfit posts on what she is wearing on Loose Women that day.

However, in many of the posts it is seen that she is not wearing her engagement rings and only brings that out for special occasions like the National Television Awards.