A MUM is desperately trying to fundraise for a mastectomy after her 11-year-old son developed a breast.

Sophie Townsend, 37, first noticed a lump on Rhys’ right nipple three years ago, and immediately went to her GP. 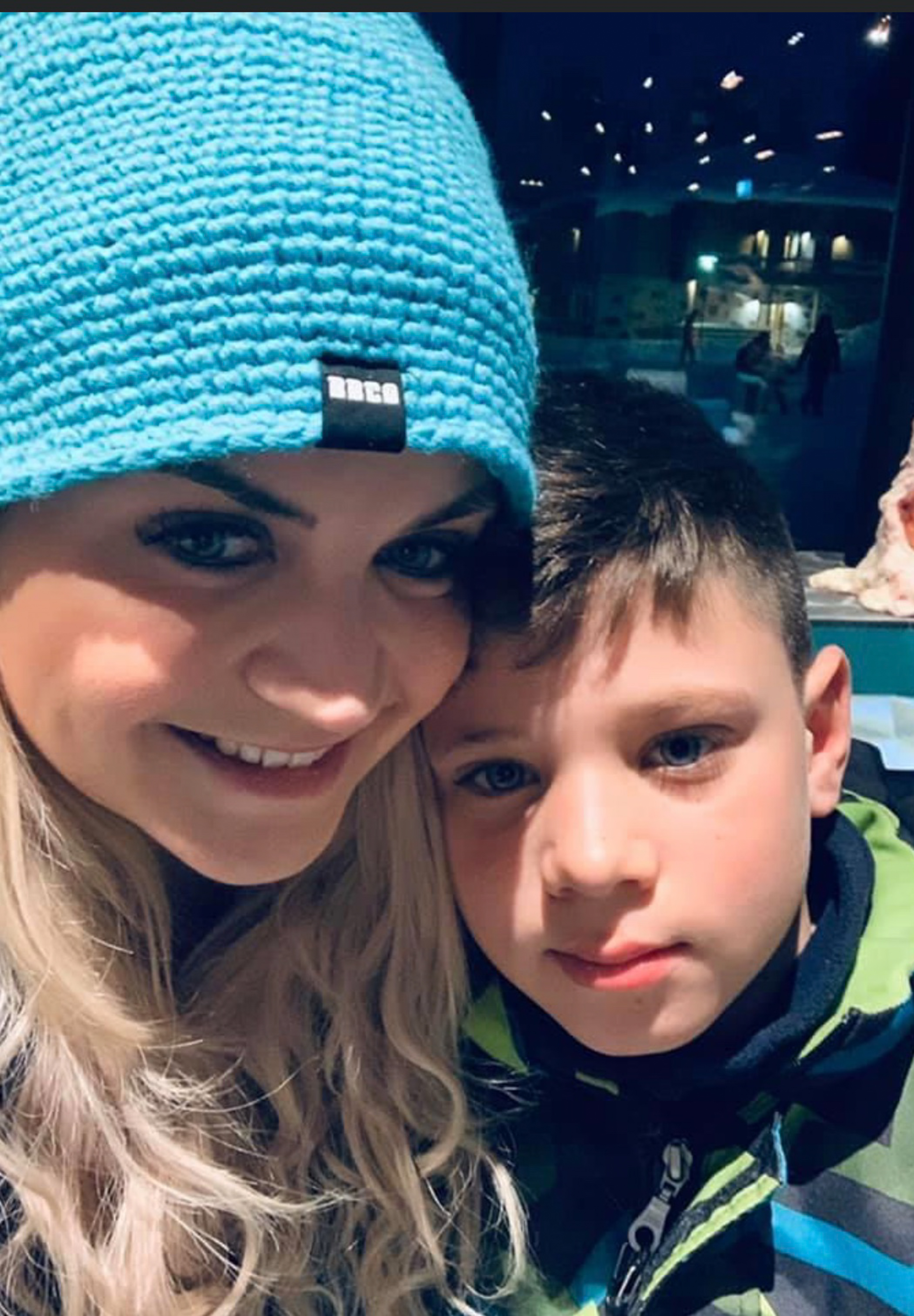 The mum-of-four was told it was benign, but when Rhys hit puberty, the lump began to grow to about the size of a tennis ball.

Sophie, from Warrington, says her son was finally diagnosed with Gynecomastia, a fairly common condition affecting around 70 per cent of boys during puberty, which causes swelling in the tissue breast of males.

But as the condition isn’t a risk to his health, Sophie’s pleas for a mastectomy on the NHS were turned down last month, as the procedure is deemed ‘cosmetic’.

She’s now trying to fundraise the £5,400 needed to get the surgery done privately, explaining how her son is now an anxious recluse, and is teased by his classmates. 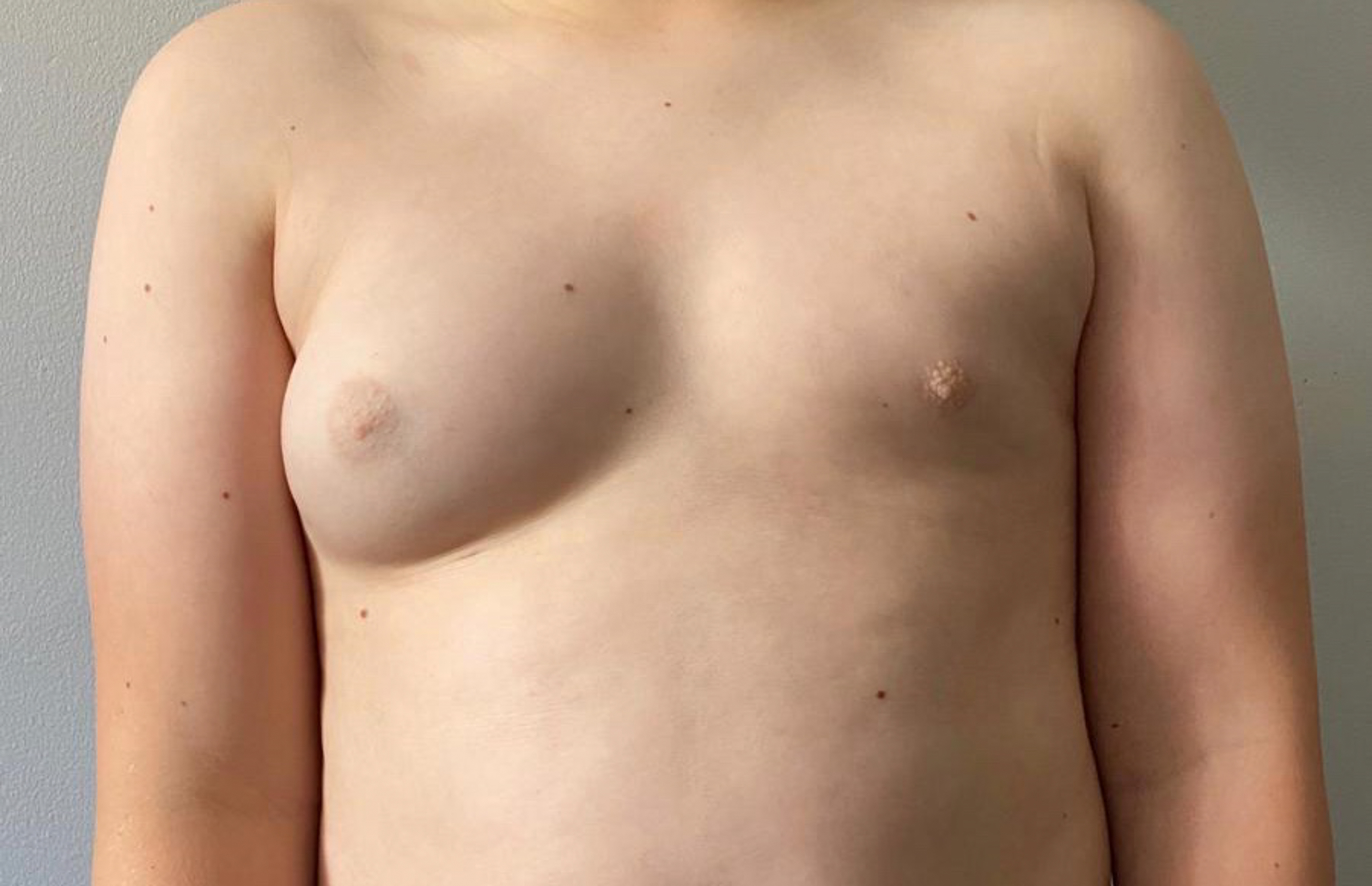 Sophie said: “He used to be a really good footballer and now he does the bare minimum.

“He used to do seven hours training a week and now he does just one hour because it hurts when he runs.

“He’s lost all of his self-confidence and because he’s stopped being so active he has gained weight as well which has compacted the problem. 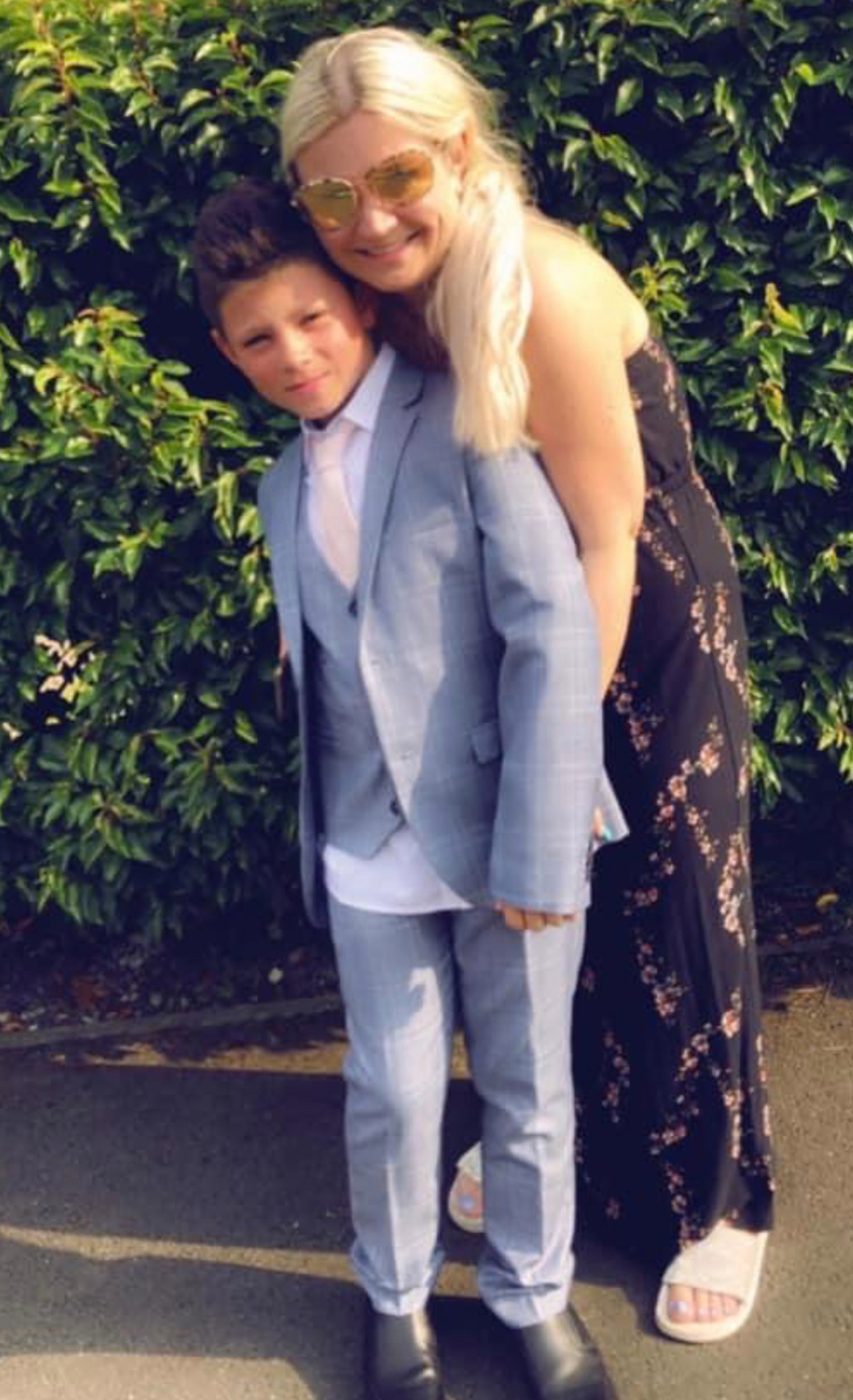 “He never goes to sleepovers and parties because he frets about what he’s going to wear, he hates PE and he’ll never go to any thing where he needs to get changed so he misses out on all of these things.

“He’s gone from a happy carefree sporty boy to completely unrecognisable in the space of the last year.

“You know what other kids are like, especially in high school, one person gets hold of something and then everyone says ‘Rhys has a boob.’” 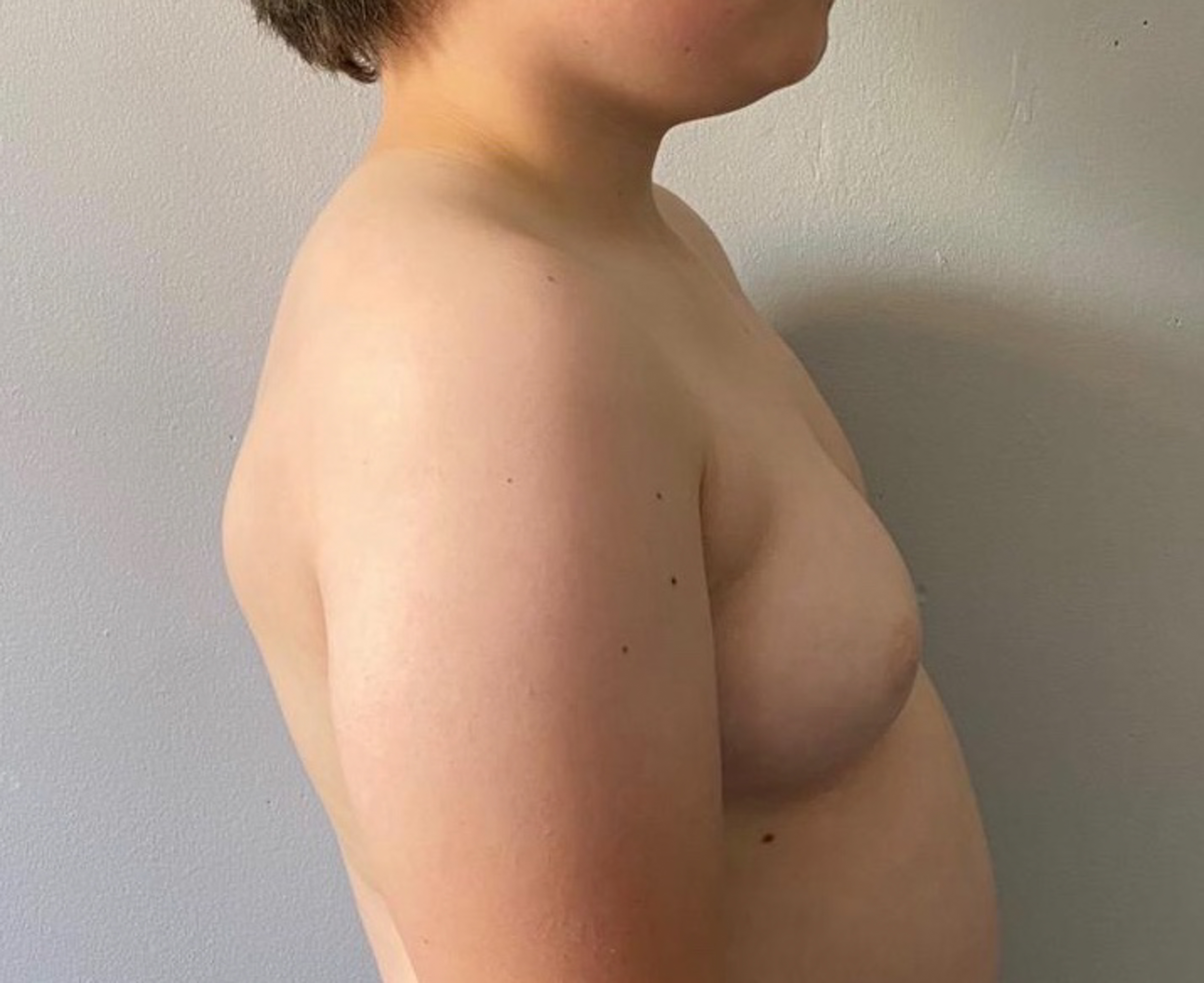 Rhys started secondary school in September, with Sophie desperately trying to raise the money needed for the procedure so he can join in activities with his classmates.

She explained the lump first appeared in 2016, and a scan confirmed it was fatty tissue with Sophie told to wait and see if it disappeared on its own.

But after nothing had happened a year later, she went back to the GP but was told again the issue would resolve itself. 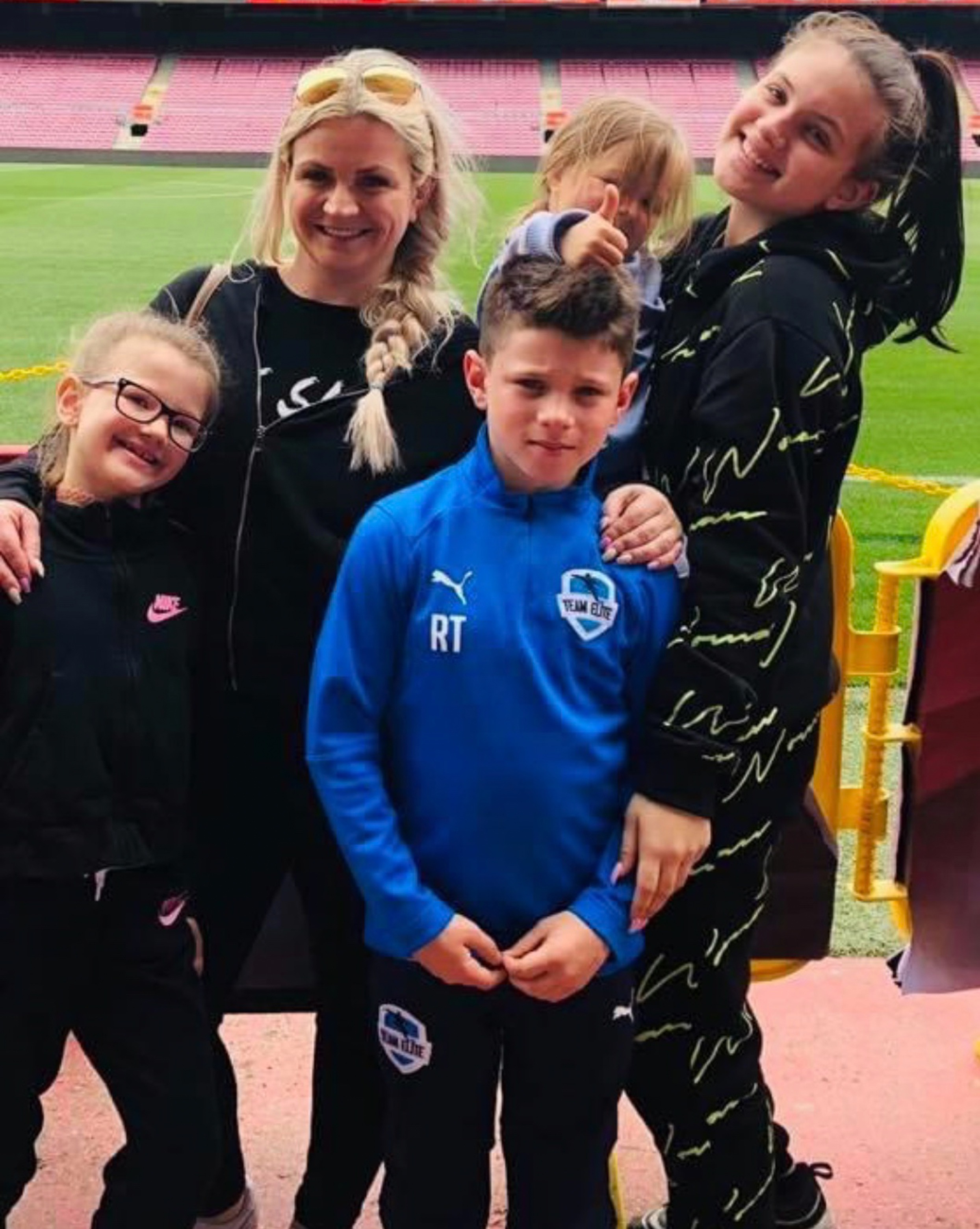 When it began to grow rapidly in 2018, Sophie went back to her GP and demanded a second opinion, and was referred to an endocrinologist, a hormone expert, at Alder Hey Children’s, where Rhys was diagnosed with Gynecomastia.

After asking for a mastectomy for Rhys and being denied, Sophie then decided to set up the fundraising page.

She said: “Things are quite tight for me with four children on my own and that makes me feel very guilty because I can’t provide something that he really needs.” 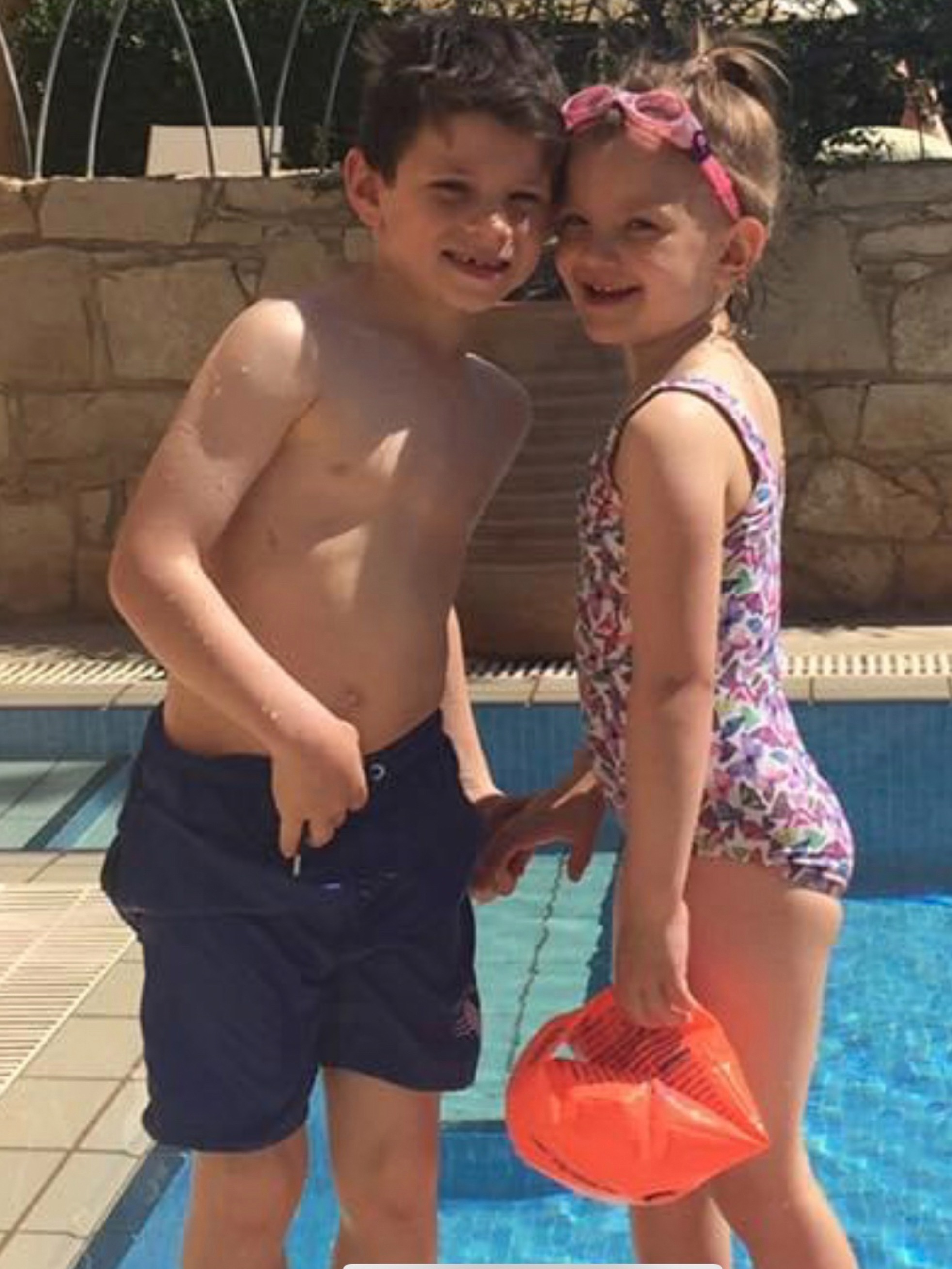 Meanwhile this tandem breastfeeds her kids and still feeds her four-year-old.

We previously told you about breastfeeding in public – what is the law and what rights do mothers have?

And we also told you about the eight-month pregnant woman who has the BEST response for commuter who won’t move his bag so she can sit down.

Inside Mikey North’s family life with wife and children as things get rocky for Coronation Street character Gary Windass
We and our partners use cookies on this site to improve our service, perform analytics, personalize advertising, measure advertising performance, and remember website preferences.Ok