Happy Birthday, Kourtney Kardashian Opens a New Window. ! The Keeping Up With the Kardashians star turns the big 4-0 on Thursday, April 18, and we’re celebrating by paying homage to her super sexy style. The oldest Kardashian-Jenner sister has been showing off her curves on and off the red carpet for nearly two decades, and we love her for it.

While the mom-of-three made a few red carpet appearances as a kid alongside her parents, she became a fixture after her reality show debut in 2007. Back in the early days, she would often attend events with her sisters Kim and Khloe, and the trio would color-coordinate their ensembles. But even a matchy-matchy moment couldn’t get in the way of her sexy style. From low-slung pants to embellished minidresses, the brunette beauty has never shied away from showing a bit of skin.

But that’s not to say that her fashion sense hasn’t matured right along with her career. She’s come to appreciate the power of vintage designer gowns (hi, Versace), fierce catsuits (i.e. skintight and metallic) and boss-lady pantsuits (preferably sans-shirt). And with the launch of her Poosh lifestyle site Opens a New Window. earlier this year, we’re sure there will be plenty more HBIC fashion moments in her future.

With the debut of Poosh Opens a New Window. , the reality star is channeling Gwyneth Paltrow Opens a New Window. ’s Goop and offering readers a “a modern guide to living your best life” — but in a “sexy” and “cool” way, of course. The site includes everything from Kris Jenner Opens a New Window. ’s business tips and her own co-sleeping tips to her go-to butt workout and a guide to faking fuller lips. And there is, obviously, plenty of fashion mixed in.

In honor of Kardashian’s 40th birthday, we’re taking a look back at her sexy style evolution. Keep scrolling to see her hottest looks! 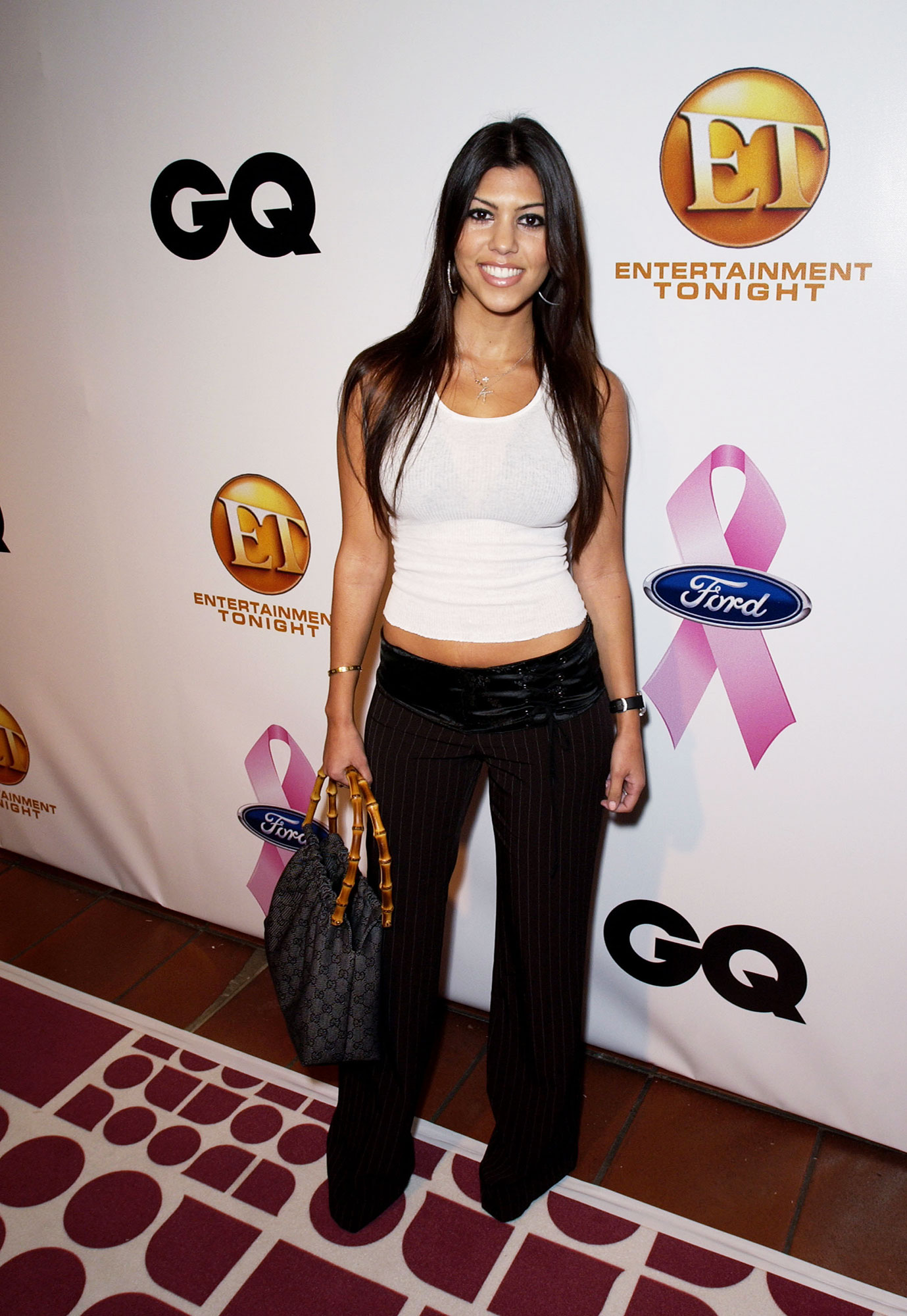 It doesn’t get much more #TBT than the low-slung pants and a wife-beater the Keeping Up With the Kardashians star sported on one of her first red carpets. 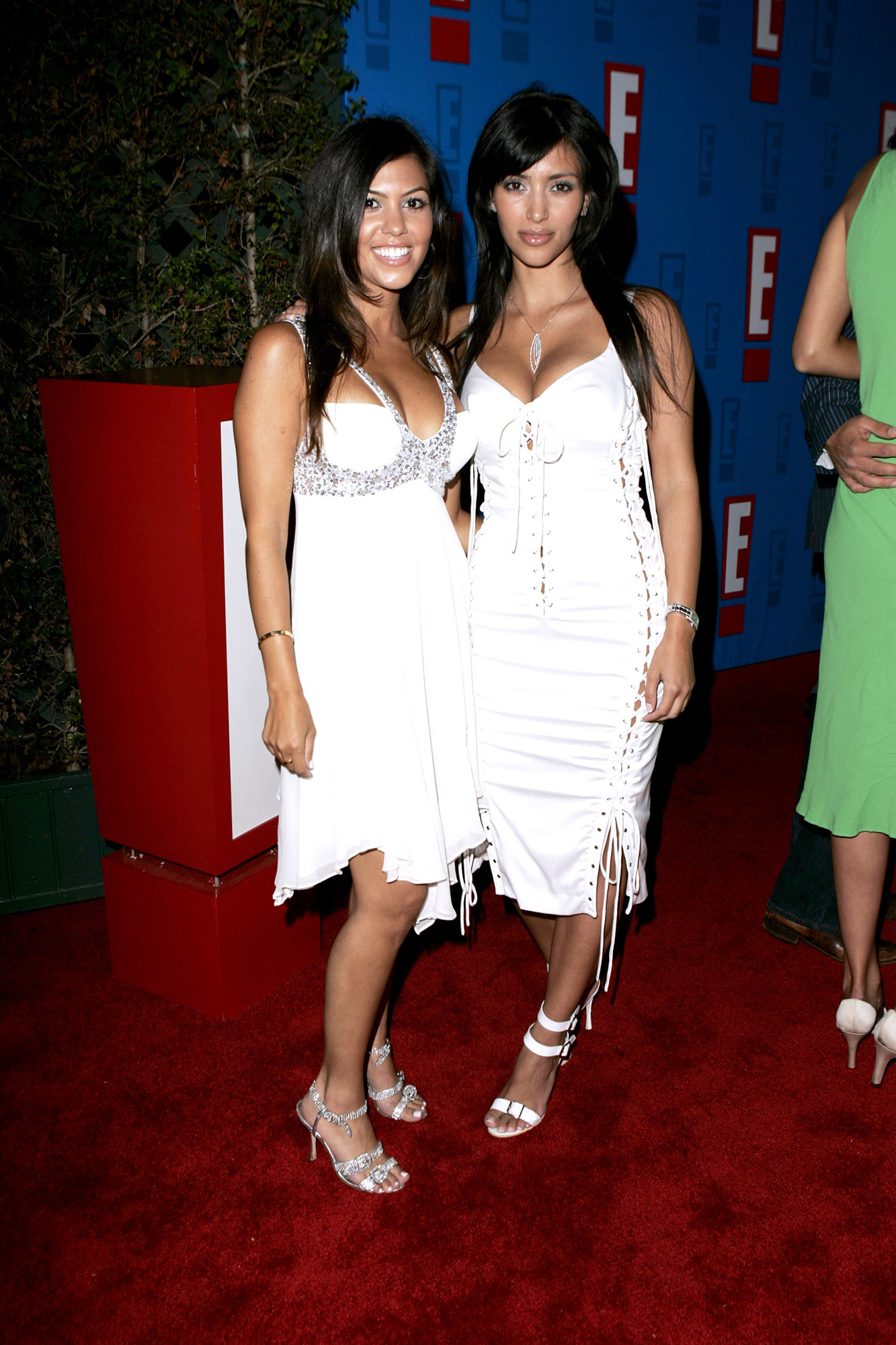 The sisters made the perfect pair in their all-white-everything ensembles at a party. 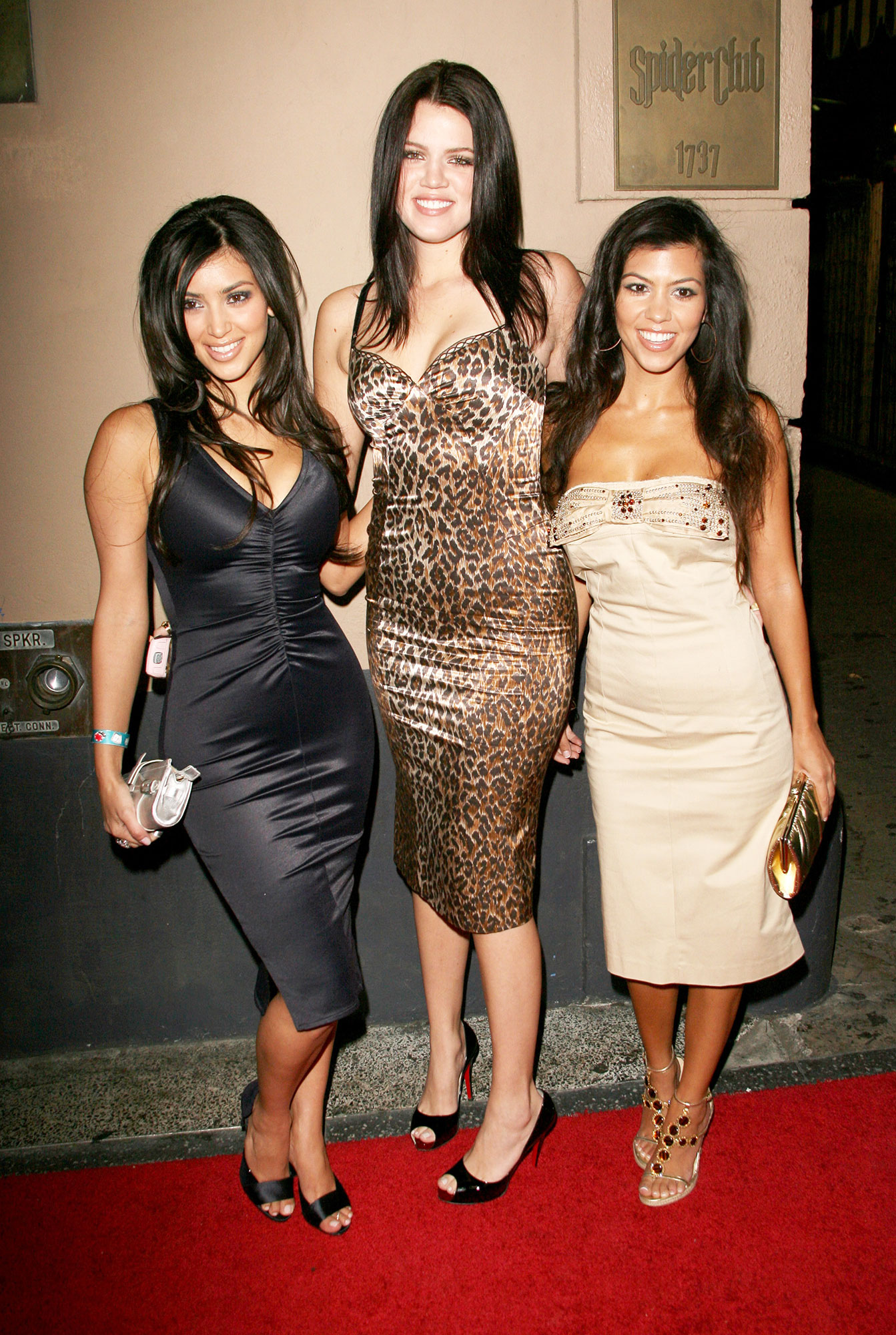 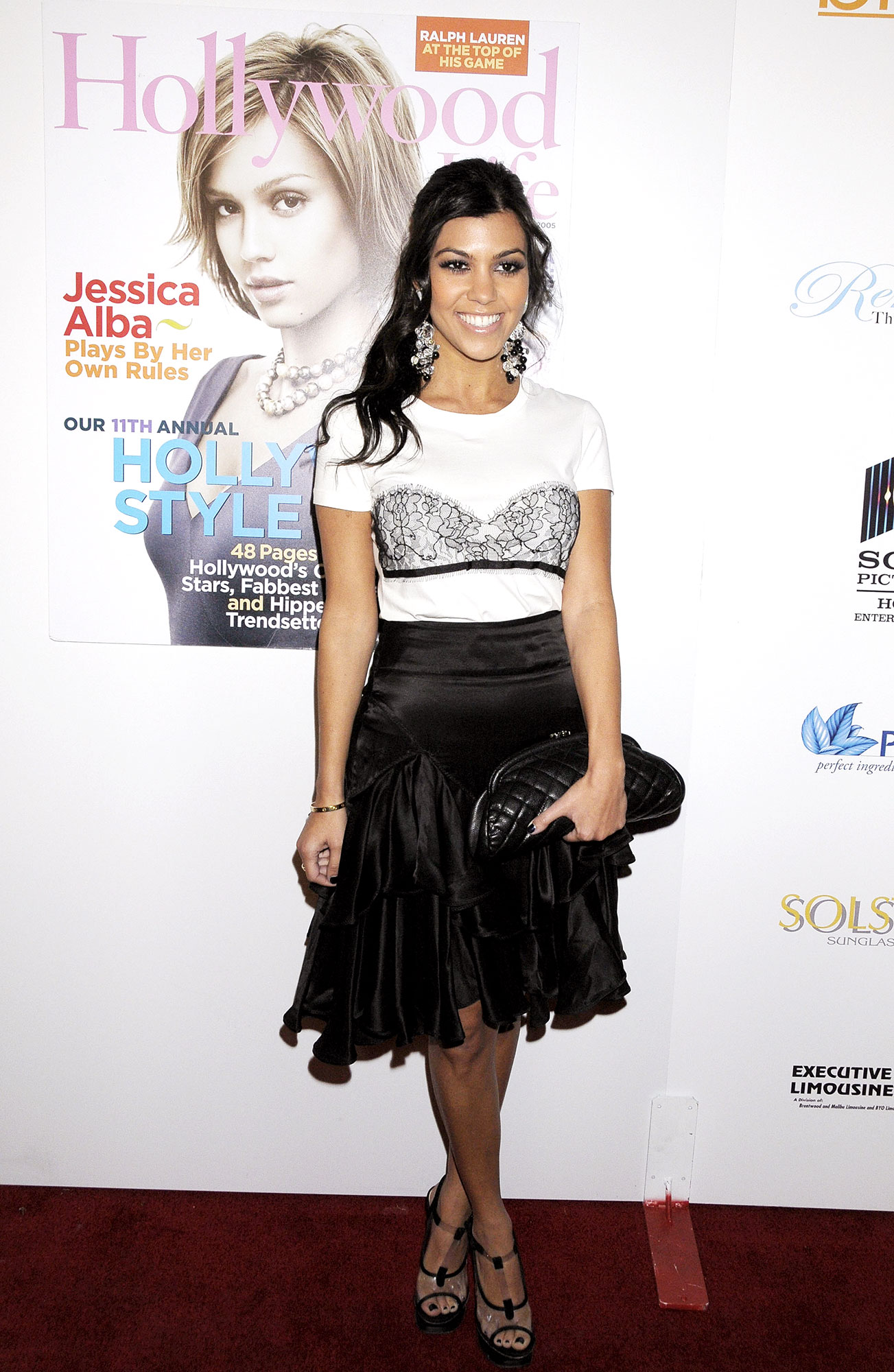 A quilted Chanel clutch was the ultimate complement to her lacy black-and-white separates at the Breakthrough of the Year Awards. 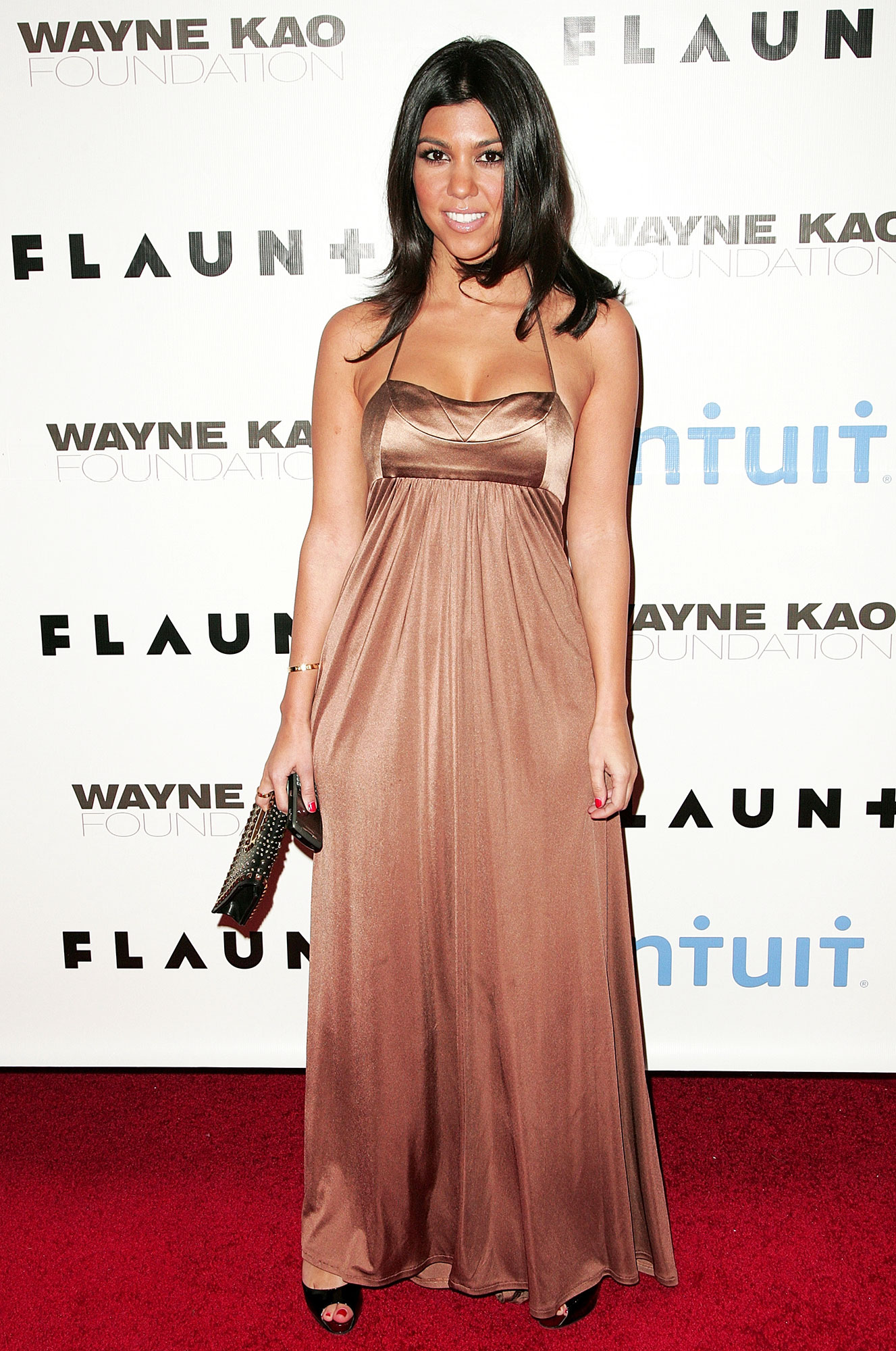 She was a golden goddess in a bronze Doo Ri empire-waist gown at a Flaunt magazine party.