Josh Reade, 27, from Middlesex, appeared in last week’s gangster wedding episode with pal Kain and his bride Charlie, and was asked to perform. 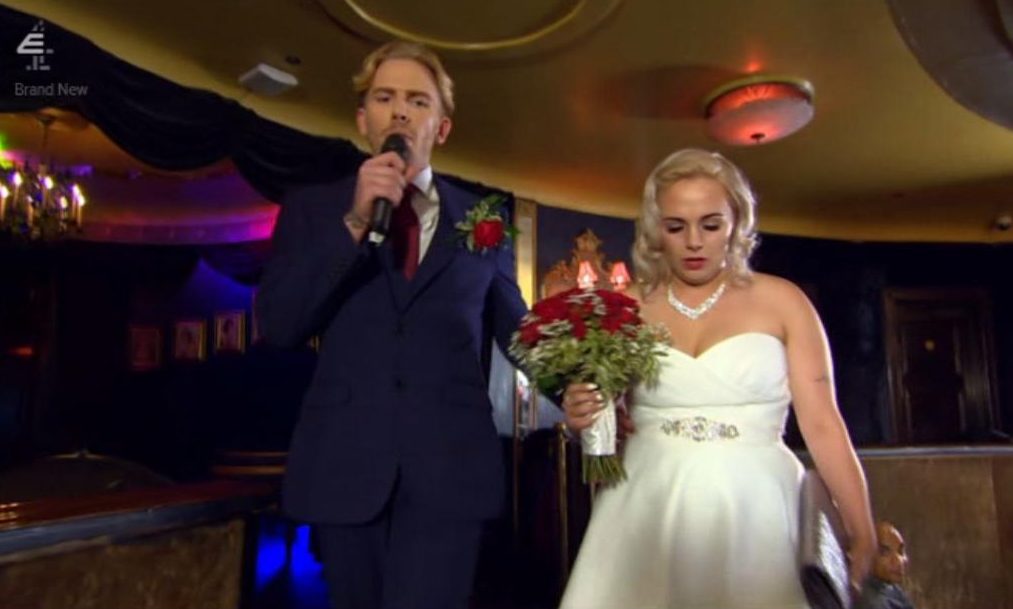 He claims the producers misled him about the focus of the show, telling him he would “make history” as the E4 programme’s first gay best man at a straight wedding.

Instead, Josh says he has been mocked for his rendition of Alicia Keys’ ballad If I Ain’t Got You and hasn’t left the house since the show aired on Wednesday.

Josh, a make-up artist, told Fabulous Online: “When Kain applied [for the show] they really loved the idea I was gay and he was straight and said viewers would love this bromance.

“They said ‘You’re the first ever gay man to be on the show, the diversity will be incredible, people will love you'. They even went to the point of saying 'You’ve made Don’t Tell the Bride history'. 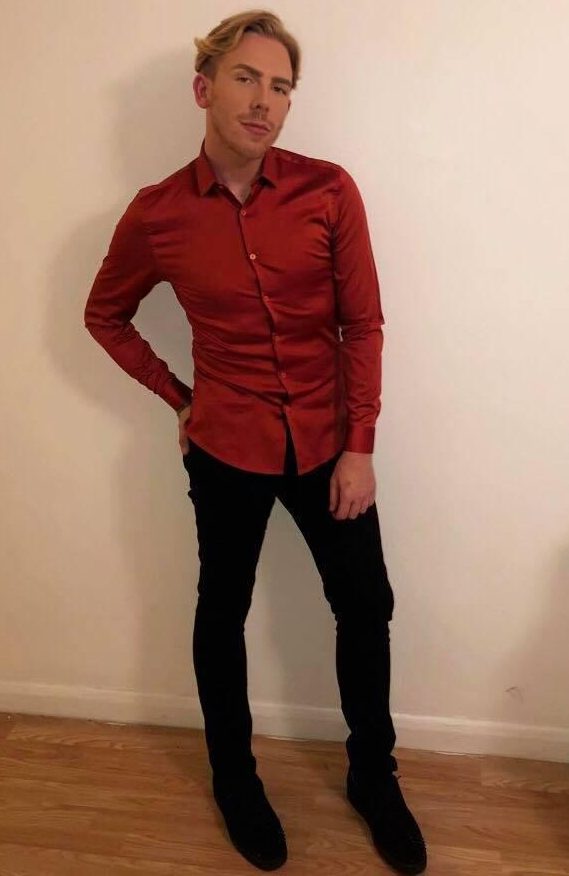 “I was so upset when I saw the edited show because there was none of that in there. There was hardly anything about our friendship at all. I feel like they just lied and they cheated.”

Viewers of Wednesday’s show mocked 23-year-old Kain’s decision to throw his princess-obsessed bride, 21, a gangster-themed wedding – and even KIDNAP her to get her to the venue.

Others ridiculed Josh for singing Charlie up the aisle but, Josh said, the programme made it look like the couple didn’t want him to do it.

Nothing could have been further from the truth. He said: “They filmed a scene of Kain asking me to sing but they didn’t show that. 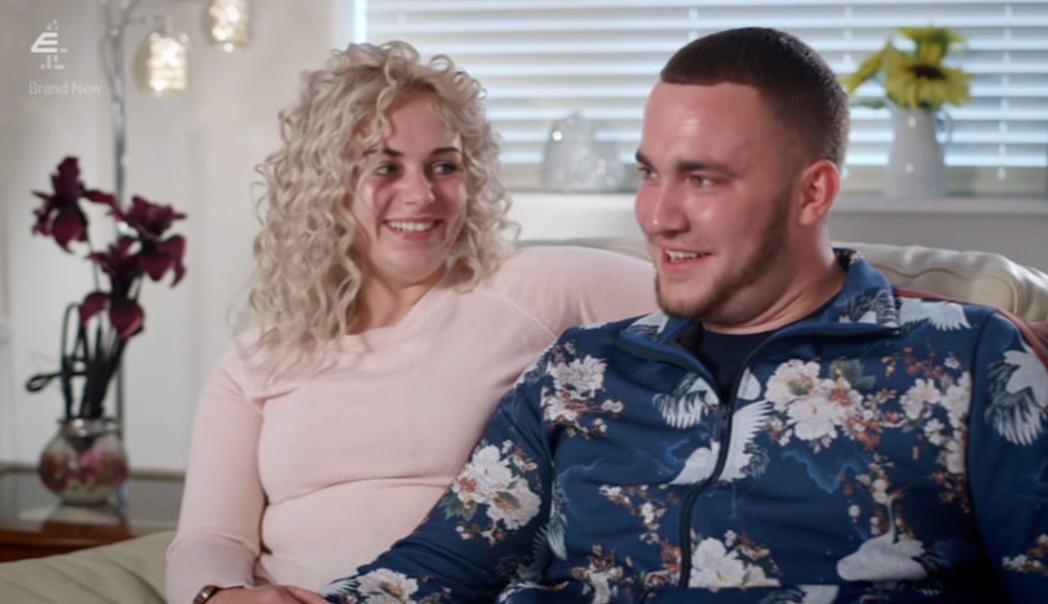 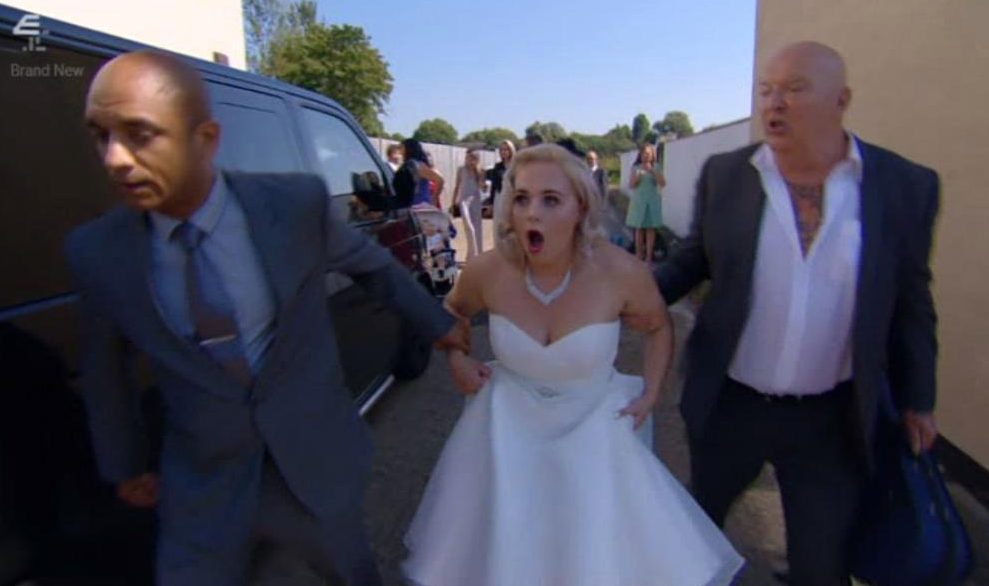 “They also didn’t tell viewers that Kain asked me to sing at his wedding when we first met at a house party, five years ago.

“I was just sitting in the corridor and I sang this song and he said, ‘Do you know what? You have to sing at my wedding.’  That’s how we became best friends.

“Five years on, I was nervous about doing it but I had to, whether there was a film crew there or not because I made a promise.”

And he is mortified that the footage shown appears to show Charlie cringing when in fact she was moved to tears.

“Charlie always knew that five years ago, Kain asked me to sing at the wedding,” he said. “She always joked, ‘I can’t wait for you to sing at our wedding.’

“When I ran up the stairs and grabbed the microphone, I said, ‘I’m singing you down the aisle and I’m scared’.  She said, ‘oh my God, no’ but she meant that like ‘I can’t believe it, you’re actually singing me down the aisle 5 years on’.

“But they made it look like she was begging me not to. She cried her eyes out because I sang her down the aisle, but did anyone get to see that? No.”

Although there is no evidence to suggest Josh’s vocals were tampered with for the show, he believes an original video taken at the wedding sounded a lot better.

He said: “I’ve never sung in front of everyone, I sing in my bedroom or I record so I wasn’t sure I could go through with it until the day.

“So yeah I’m nervous, there’s a whole film crew there but even when you listen to the tape, I don’t sound half as bad as I did on the telly.

“I get that they’re not going to put it all into the episode but the second half of the singing was really really good. They didn’t show that.

“But people who know me say, ‘That’s not you.’ So have they done that on purpose?”

While they were also trolled, Josh said the couple are more distraught about the way Josh was portrayed than themselves.

He said: “Kain said he was upset, because he knows I’m a self-conscious person. I have got a voice, I’m not amazing, but I have got a tone so in his eyes I’m incredible and it’s really cute that he feels that way. He says he doesn’t want people being horrible to me.

“People can call him a wannabe Tarantino but he didn’t mind because he arranged a gangster-themed wedding but they’re attacking me personally of who I am as a person.

"I've been bombarded by comments on Twitter and Instagram, calling me 'talentless' and saying I can't sing.

“I’m so distraught I can’t leave my house. My mum says, ‘Don’t worry about it. Go and get some freash air.’ But I can’t go out in public.”

A spokesperson for Renegade, who makes the show, told Fabulous Online: “We represent events in a fair and balanced light, and everything seen on screen is an accurate portrayal of what took place.”

In even more television news, last week's Don't Tell the Bride viewers were left stunned as ex-military groom makes tearful wife arrive in a TANK to their army-themed wedding.

Plus Escape to the Chateau's return has viewers excited as Dick and Angel create a stunning glamping site within the estate's grounds… and people are labelling it "absolutely gorgeous".