The year is 2031. Cities are concrete jungles crossed by flying buses that can twist in space and populated by avatars in oversize puffers and shredded jeans that resemble antique draperies over windows to interior worlds. They gesture toward posters promoting a secret rave in a watery wood that leads to a red rock desert where a woman in silver armor pulls a sword from a stone.

The on-ramp to it all: a cavernous boutique.

Shopping as the gateway to the dystopian future? Welcome to Balenciaga, fall 2021: the collection video game.

It also probably won’t be the last since fashion has been flirting with the gaming world for awhile now. Burberry aired its most recent show on the livestreaming platform Twitch, and Dior Men is doing the same with its pre-fall collection later this week. Louis Vuitton designed custom skins and a trophy case for the battle arena game League of Legends.

And truth is, Afterworld isn’t even that much of a game: The interactivity involves simply “walking” through the five levels of the environment, following a predetermined path, a task someone who has never played Fortnite or even Animal Crossing can complete without too much stress. Stopping, perhaps, along the way to take a closer gander at the clothes worn by the various scanned-in models, the only real free choice on offer.

The news release that accompanied the experience called it “a hero’s journey,” though there are no challenges to overcome, no doors to decide upon, no enemies to battle. You can’t really lose.

Well, maybe it’s true that just getting through the day right now is enough. 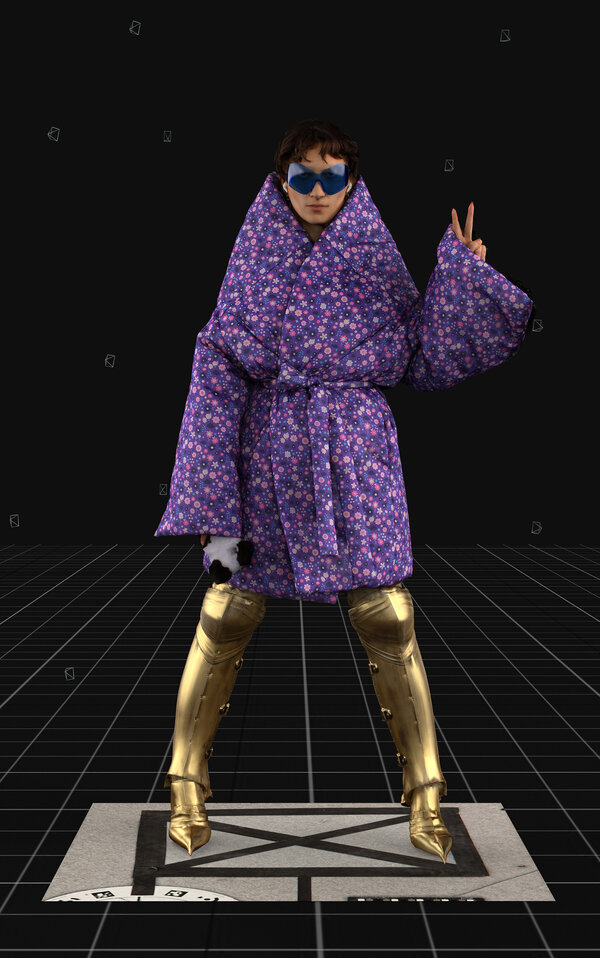 Besides, what Afterworld does offer is a next step: a detailed immersive environment, even more comprehensive than the environments that the designer Demna Gvasalia has been increasingly effective at creating with his in-person shows, the better to frame the clothes he is making and illuminate their effect.

One of the big head-scratchers when viewing a collection is always: Where did that idea come from? In this case, Afterworld paints a pretty clear picture of the answer. Ten years in the future, this is where Mr. Gvasalia thinks we could be. Yikes.

The last physical show Mr. Gvasalia held was set in a cavernous warehouse, the air scented with gaseous lime, the walls lined with stadium seating, the runway a watery river under a LED ceiling roiled with storm clouds and flames. Afterworld, which was preceded by a virtual runway parade viewed through VR glasses, is an imaginative iteration of the same idea, built for the socially distanced present. And by taking the clothes off the runway and actually putting them on a street, albeit a surreal one, it also shows how good they might look in the world.

A fairly comprehensive representation of the Balenciaga vocabulary Mr. Gvasalia has been building since he got to the house, the collection is built on over-the-knee articulated armorial boots and sharp-edged pumps in silver and gold for both men and women. It includes his couture puffers, the shoulders dropped down and molded out or raised high à la Poiret to swaddle the throat, back turtled out like protective coverings, some patched with NASA logos.

The armor you might need, in other words, to fight your way through whatever happens next, all of it weaponized with a certain scavenged beauty and spiked with a subversive giggle.

To wit: There is a prize at the end of the adventure for those who complete the journey. A golden ring? A heavily beaded evening gown?

No. A breathing exercise. Just exhale. In the real world, we’re all playing for keeps.