Now Lives: In Manhattan’s Alphabet City, in an apartment that’s “very much a map of the mind and world of Roya,” Ms. Sachs said, referring to the stacks of art books and the art on the walls, much of it by the artists she has worked with. “I’m very quickly running out of space,” she said.

Claim to Fame: For Ms. Sachs, navigating the art world comes naturally: Her father is the artist and designer Rolf Sachs, and her grandfather was Gunter Sachs, the late Swiss photographer and collector. Ms. Sachs made art in school, too, but quickly realized her talent was for organization. As a curator, she oversees programming for Spring Place, the TriBeCa co-working space, and sits on the board of the arts organization Performa. Since 2017, she has curated the Lever House Art Collection, which commissions artists to create site-specific works for the lobby and courtyard of the glass-box skyscraper on Park Avenue. 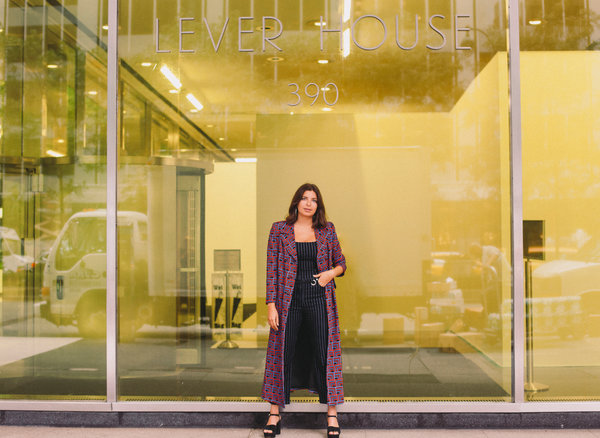 Big Break: Ms. Sachs began her career as an independent curator and caught the attention of the art and fashion worlds in 2016, when she co-directed “Virtually There,” a Bauhaus-inspired ballet staged at Mana Contemporary in Jersey City. Aby Rosen and Alberto Mugrabi, the founders of the Lever House Art Collection, approached her to bring a more youthful perspective. Ms. Sachs has brought in younger artists like Katherine Bernhardt, Adam Pendleton and Reginald Sylvester II. Overseeing such a public gallery is both daunting and exciting. “It’s not like a classical museum or gallery environment where you’re consciously prepared to engage with art,” she said. “Here it’s like, you’ve got your morning coffee, you’re running late for work and — boom! — you’re confronted.”

Latest Project: Last month, Ms. Sachs unveiled Lever House’s most ambitious project to date: An exhibition by Peter Halley, a New York-born artist whose work fuses architecture, painting and sculpture. The show includes an interactive warren of rooms in the lobby and bathes Park Avenue in a yellow light. For Ms. Sachs “art is an expression,” and the goal is to provoke a reaction, good or bad. “Maybe it’ll put a smile on my face or maybe you’ll be, like, ‘You’re getting in my way,” she said. “That’s O.K.” She is also chairing Performa’s gala in November honoring Christo and Jeanne-Claude.

Lasting Inspiration: As a teenager, Ms. Sachs saw the artist Olafur Eliasson’s “Weather Project” installation, which suffused the Tate Modern in an incandescent glow, and had “this out of body experience,” she said. It has stayed with her ever since. “Which is why I do a lot of performance and large-scale installation,” Ms. Sachs said. “All the exhibitions I do I try to create that emotional-physical-mental reaction.”

Steven Kurutz joined The Times in 2011 and wrote for the City and Home sections before joining Style. He was previously a reporter at The Wall Street Journal and Details. @skurutz