Claim to Fame: Not many 21-year-olds can lay claim to having contacts for Jaden Smith, Stephen Curry and Elon Musk in their smartphones. But Mr. Sandu, a dapper technology wunderkind who has written code for Instagram and Twitter, is equally obsessed with the future of HTML as he is with the street wear labels Fear of God and Off-White. Just don’t call him a coder. He prefers to go by “cultural architect” and said he aims to “level the playing field” between Silicon Valley and young communities of color.

Big Break: After listening to a podcast on Steve Jobs in 2009, he was inspired to learn more about the intersections of technology and genius. He became a familiar face at the local Torrance Public Library, where he devoured texts on the German industrial designer Dieter Rams, Nikola Tesla and the theory of relativity.

In 2011, he was spotted checking out books by a designer from Google, who offered Mr. Sandu the opportunity to shadow him at his company’s headquarters. “After going to the library pretty much every day for a year and half, I think it showed my dedication,” Mr. Sandu said. 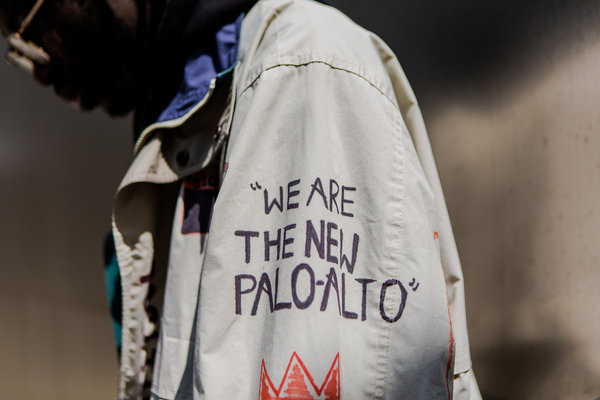 Latest Project: In 2017, he was at a local Starbucks, modifying code on his laptop, when the rapper Nipsey Hussle spied the algorithms populating his screen. The pair hit it off, and three weeks later they transformed a neglected storefront on Crenshaw Boulevard in Los Angeles into the Marathon Clothing Store.

Billed as a “smart store,” it offers exclusive music and other content to customers who have downloaded an app. “I realized, especially for people of color, I need to create scenarios to show I am just like them,” Mr. Sandu said.

Next Thing: He is working on a book about recent black trailblazers, including Kanye West; Robi Reed, a casting director; and Edward Enninful, the editor of British Vogue. “Edward is one of the greatest editors of all time,” Mr. Sandu said.

Afro Power: In 2015, he received the Presidential Scholar Award from President Obama. “I had a huge Afro at the time and everyone, including my mom, told me I needed to shave,” Mr. Sandu said. “I remember meeting him and he goes — you know, in his Obama voice — ‘I like your hair.’”