A LACK of communication, a dwindling sex life and not having any time for each other are among the most common reasons new parents break-up.

A study of 2,000 mums and dads found a third of relationships suffer serious problems in the months following a baby's birth with a fifth ending things for good during the first year. 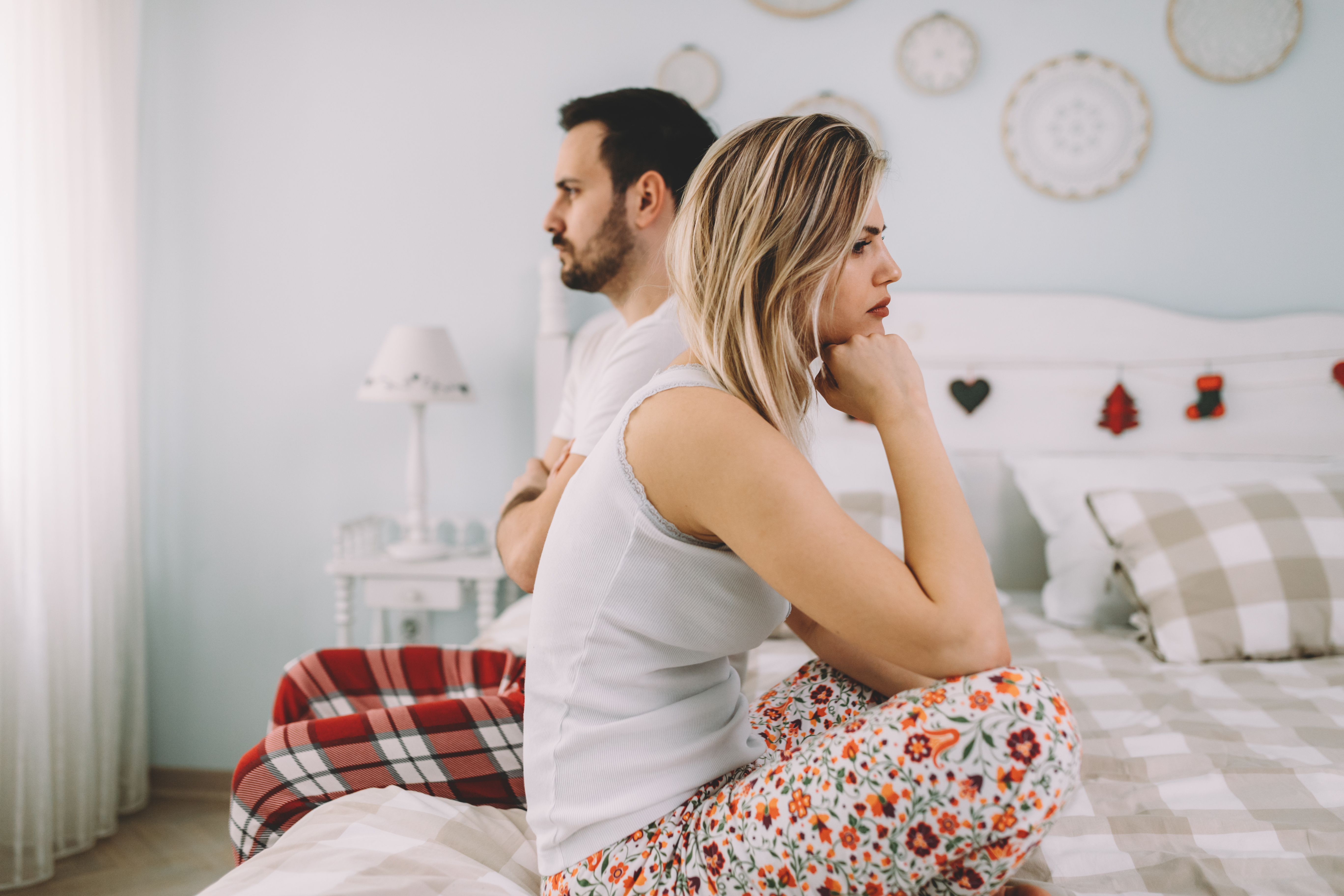 More than one in 10 also resorted to a trial separation in the 12 months after their baby's arrival, but later got back together.

Break-ups most commonly take place at the six month mark – and one in three of the couples who ended things citing ‘a complete lack of communication’ as the main reason.

Around three in 10 said their sex life dwindled with the bundle of joy’s arrival while 29 per cent missed the affection they had shared previously.

But 23 per cent blamed it on one party cheating within 12 months of the birth.

Regular arguments, one partner being less involved in the care of the baby and having to adjust to the new responsibility also caused irreparable problems, according to the study by ChannelMum.com and The Baby Show.

However, a quarter of couples admitted they had problems with their relationship before the baby came along, which became worse after the birth.

1.    We stopped communicating properly about anything

3.    Not as much affection generally

6.    We already had problems before the baby was born, and this created additional strain afterwards

7.    One of us was always nit-picking the other's involvement with the baby

8.    My partner was going out all the time and leaving me to do everything

9.    One/ both of us couldn't adjust to the new responsibility

10. One of us cheated on the other

11. One/ both of us suffered from depression

12. One parent was less involved with the baby than another

13. We felt under too much pressure to cope with parenthood

14. Our whole life went into chaos

16. Lack of sleep meant we couldn't rationalise about anything

17. We weren't fully prepared to have a baby

18. One of us felt side-lined in favour of the baby

"While it’s widely assumed a new baby brings a couple closer together, this isn’t always the case.

"Sleepless nights, less time for intimacy and added responsibility can test even the most committed relationships.

“Parents already prepare financially and even redo their home for a new arrival, so it makes sense to emotionally ‘babyproof’ your relationship before birth too.”

The study revealed more than six in 10 parents admitted they weren’t prepared for the huge impact having a baby would have on their life.

Half of couples reported arguing more frequently following the birth of their child and a third said would sometimes go five days at a time without talking to their other half.

Lack of sex or being pressured into sex were the most common triggers for rows, along with one third who complained about not getting enough sleep.

It also emerged one fifth of parents found the lack of sleep during the early months was so severe that it left them unable to rationalise what was happening to their relationship.

Sadly, one quarter of couples found very little time for each other once the baby was born, and 28 per cent said when they were together, all they would do is argue.

For women, a huge drop in body confidence also had an impact on the relationship post birth, while 24 per cent of men felt completely side-lined as mum favoured the baby.

Unfortunately, almost one fifth of parents admitted they didn’t implement any measures to protect their relationship during the early months of parenthood.

However, 23 per cent, of those polled via OnePoll, did call on family and friends for additional support, and 24 per cent made sure they shared out the housework.

Sharing night-feeds, making time for regular sex, having time-out with friends and regular date nights were other methods used to maintain a happy relationship.

Zoë Bonser, show director at The Baby Show added: “It’s disheartening to see so many couples break up in the first 12 months of parenting – one of the most exciting times in their lives.

"While it is a wonderful period, there’s no doubt about it, it’s stressful with the change in sleep patterns, routines and responsibilities and getting used to there being a third person around that you have to care for all the time.

"The most important thing is to keep talking and recognise how you’re both feeling and ensure you make time for each other, as well as your baby.

“Because this is such a huge issue we have joined forces with ChannelMum.com to offer visitors at this weekend’s Baby Show advice on how to prepare for and overcome the challenges that parenthood brings and really enjoy this amazing time you go through together, as a couple.