By the time I pulled into my hotel at about 10 p.m. on Thursday, Nov. 8, ash had already started to rain down on the nearby freeway. I had spent the evening at vigils in Thousand Oaks, Calif., where a gunman killed 12 people at a country music bar the night before.

Even as the service at the Thousand Oaks community center started, people’s phones buzzed with alerts warning them of impending and nearby evacuations. But, really, I thought little of it. The fires felt far away, as if they were smoldering in some distant forest, not a nearby canyon. Never for a moment did I stop to think we could be evacuated just a few hours later. 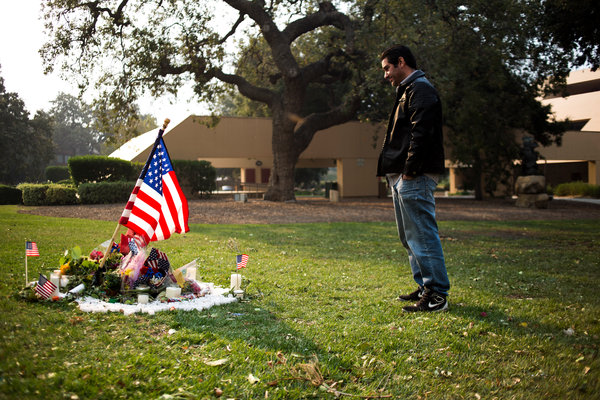 I could have driven home that night — Thousand Oaks is about 35 miles north of Los Angeles, where I’ve been based for several years as a national correspondent. But I assumed I would need to be back in the area again the next morning and I was eager to avoid Friday morning traffic.

I had been working since 5 a.m., when I woke up to messages from editors asking me to get there as soon as possible. (My colleague who first heard the news had arrived in the area around midnight, working through the evening to interview witnesses and survivors.)

Throughout the day, I drove all over the region talking to the gunman’s neighbors and to survivors, including some who had already survived a previous mass shooting. It was the second mass shooting I had reported on within the span of three weeks. And once again it was a huge story, with around-the-clock television coverage.

When I settled down in the hotel room, I figured I would at least get a much-needed full night’s rest. As I drifted off to sleep, I tried to think about what possible follow-up stories we could do about the way this conservative suburban area was responding to the attack.

Then, just after 3 a.m., I awoke to a voice on a gurgly loudspeaker: “We are under mandatory evacuation orders. Please collect your bags and exit immediately.”

In my groggy half-sleep, I was initially confused. For a split second I wondered if I could wait it out, perhaps pretend to sleep through the announcement. But I know from years of reporting on wildfires that people ignore evacuation orders at their peril.

The lobby downstairs was filled with frustrated business executives, frazzled families who had already been forced to evacuate earlier and more than a dozen F.B.I. agents who flew in from Virginia to help with the shooting investigation. I tried to cozy up to them, asking them where they were heading since so many of the roads back into the city appeared to be shut down. 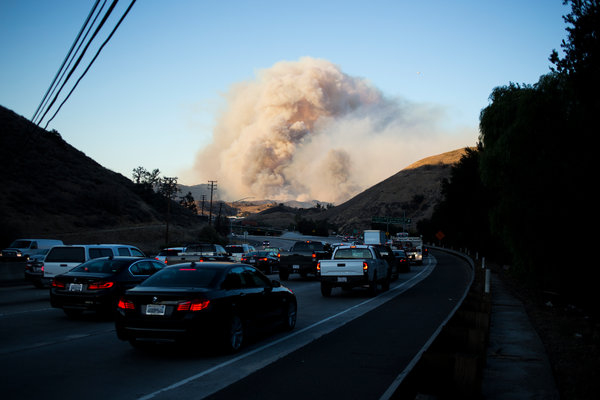 I dismissed the idea of heading right back to Los Angeles, figuring I should visit the evacuation centers crowding up in the middle of the night. When I arrived at the Thousand Oaks Teen Center, it was a familiar evacuation tableau: people crowded around a television to try to figure out whether their homes had been destroyed.

It took several minutes for me to realize I had been in the same parking lot earlier that day, looking for loved ones of those who died at the Borderline Bar. Few there wanted to speak with me. As one worker put it, “It really can’t get much worse.”

An hour or so later, it did. As I drove down the 101 Freeway, flames were easily visible from both sides. Thousands of people were evacuated from Thousand Oaks, including those who had survived the shooting the night before. It was even worse in the northern part of the state, where an inferno trapped people trying to escape in their cars, likely killing hundreds.

When I saw flames a few hundred yards away before dawn that day, I was entranced by both their beauty and their power. I wondered how firefighters could be sure they could control them and keep them off the busy roadway. It was only later, when I asked an official that question, that I realized the truth: They were not sure of anything.

Jennifer Medina is a national correspondent based in Los Angeles. Since joining The Times in 2002, she has also covered politics in New York and Connecticut and spent several years writing about New York City public schools. @jennymedina • Facebook