Grab those tissues: “We’ll Meet Again” is back for a second run. And a reboot of a 1980s animated series has its premiere on Netflix.

WE’LL MEET AGAIN 8 p.m. on PBS (check local listings). Ann Curry returns as the host of this emotional series that reunites people with those who saved their lives long ago. The first episode spotlights two Vietnam veterans — one an Army officer who was rescued by a helicopter pilot, the other a soldier whose leg was saved from amputation by a surgeon. “We’re living in such an acrimonious time, and I’m going the other direction,” Curry said in an interview with The New York Times. “I want to find and do those stories that remind us that in fact our true nature is not where we are — that we actually are bigger and deeper and more generous than that.”

BASKETBALL: A LOVE STORY 8 p.m. on ESPN. This 20-hour film wraps up with a number of short stories on the history of basketball. Highlights include a look at how the W.N.B.A. came to be, a celebration of the biggest men in the sport to date and a chronicle of LeBron James’s career. 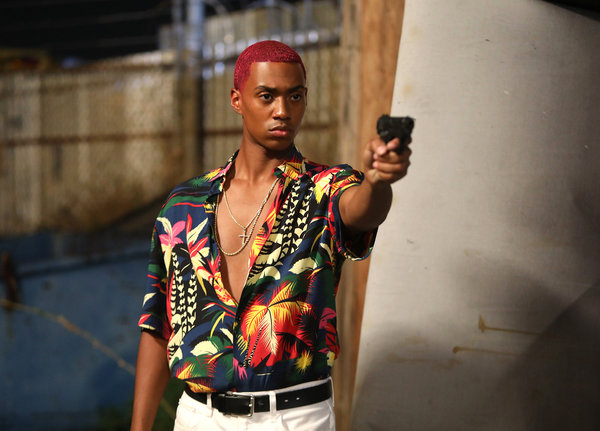 CARL WEBER’S THE FAMILY BUSINESS 9 p.m. on BET. On the surface, the Duncans seem like a respected family from Jamaica, Queens, who live a luxurious life thanks to the patriarch’s thriving car dealership. But behind closed doors, they go to great lengths to fend off threatening politicians, drug cartels and the Mafia. Based on the crime novels by Carl Weber, this eight-part drama series opens as the head of the family, L. C. (Ernie Hudson), decides to pass down his leadership of the company. But the decision proves difficult when his supplier cuts him off and his opponents try to bring the dealership down.

24/7 THE MATCH: TIGER VS. PHIL 10 p.m. on HBO. Golf aficionados who have been anxiously waiting for Tiger Woods and Phil Mickelson to go head-to-head in a $9 million, winner-take-all match on Nov. 23 can watch them prepare for that high-stakes event in this documentary series.

MUNCHIES GUIDE TO … 10 p.m. on Viceland. The hosts of this culinary travelogue series channel their adventurous sides to find the special eats that define national cuisines. In this episode, Ivar Berglin tours his native Sweden and chows down on reindeer delicacies, enjoys a local northern dish called palt and drinks cocktails made of foraged ingredients.

SHE-RA AND THE PRINCESSES OF POWER on Netflix. Who said reboots are strictly network territory? Netflix and DreamWorks give this animated series, first produced in 1985 by Filmation, a new look. It follows Adora (voiced by Aimee Carrero), a young orphan soldier who realizes she grew up in an evil empire when she comes across a magic sword that turns her into a heroic warrior princess. As she navigates her new identity, she leads a group of freedom fighters who set out to battle her former allies and save Etheria, her homeland.