A new adaptation of the Richard Adams novel “Watership Down” debuts on Netflix. And a Tim Burton movie airs on FXX.

WATERSHIP DOWN on Netflix. The brutality of Richard Adams’s 1972 novel about a group of rabbits banding together to survive against dangerous predators is toned down in this new computer-animated adaptation, a coproduction of BBC One and Netflix. A roster of celebrities give voices to these creatures (John Boyega, Tom Wilkinson and James McAvoy among them, with Ben Kingsley as an evil leader), but, in his review for The New York Times, James Poniewozik lamented that this adaptation is a “blandified” take on the tale that is “less a bittersweet story of survival and freedom and more like a summer family action-pic.” He also noted that the rabbits’ “stiff, floaty, uncanny motion looks like something from a ’90s CD-ROM video game.”

THE SAINT PAUL CHAMBER ORCHESTRA on Spco.org. You don’t have to leave your house to hear an expert take on George Frideric Handel’s “Messiah,” the Christmastime favorite. The Saint Paul Chamber Orchestra will perform that oratorio under the baton of Jeannette Sorrell on Sunday; the show will be livestreamed on the Orchestra’s website beginning at 3 p.m. Eastern Time. 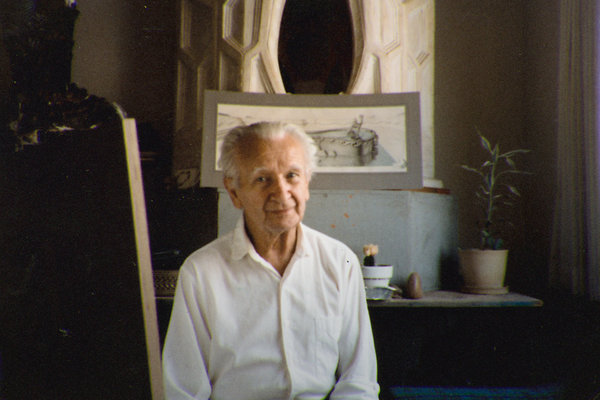 STRUGGLE: THE LIFE AND LOST ART OF SZUKALSKI (2018) on Netflix. The sculptor Stanislaw Szukalski fled Poland during World War II and ended up settling in Burbank, Calif., where he lived in obscurity for years. He eventually befriended George DiCaprio, the father of Leonardo DiCaprio; among the many fans the artist later amassed is the younger DiCaprio, one of the producers of this documentary about Szukalski’s life and work.

MISS PEREGRINE’S HOME FOR PECULIAR CHILDREN (2016) 7 p.m. and 10 p.m. on FXX. Following in the footsteps of J.K. Rowling’s Hogwarts and the “X-Men” franchise’s Xavier’s School for Gifted Youngsters, Ransom Riggs’s young adult novel “Miss Peregrine’s Home for Peculiar Children” imagines a home for young misfits with supernatural powers. Tim Burton directed this film adaptation, which, like the novel, blends comedy and tragedy. Asa Butterfield stars as Jake, a Florida boy who, after falling into a time loop, meets the leader of the home (Miss Peregrine, played by Eva Green) and is immersed in the weird. “Mr. Burton, whose artistry is at times most evident in its filigree, can be a great collector when given the right box to fill, as is the case here,” Manohla Dargis wrote in her review for The Times. “He revels in the story’s icky, freaky stuff; he’s right at home, which may be why he seems liberated by its labyrinthine turns and why you don’t care if you get a little lost in them.”

CHARLES KRAUTHAMMER: MAKING HIS POINT (2018) 10 p.m. on Fox News. The conservative columnist and television commentator Charles Krauthammer, who died in June at the age of 68, is the subject of this hourlong documentary, hosted by his son, Daniel Krauthammer. Before his death, the elder Krauthammer had a weekly political column in The Washington Post, for which he won a Pulitzer Prize in 1987.