O.G. (2019) 10 p.m. on HBO; also on streaming platforms. The director Madeleine Sackler filmed this new drama over five weeks in a maximum-security prison in Indiana. It stars Jeffrey Wright (“Westworld”) as Louis, an inmate at the end of his 24-year-sentence whose path to freedom is disrupted when he gets involved with a younger, newly incarcerated prisoner (Theothus Carter). The cast features guards and inmates at the correctional facility, and, through her research into this feature, Sackler produced an accompanying documentary, “It’s a Hard Truth Ain’t It?,” which airs at 10 p.m. on Monday on HBO.

SATURDAY STACK — QUEEN 12 p.m. on AXS TV. Rami Malek has collected accolades for his role as Freddie Mercury in “Bohemian Rhapsody,” and he may just win his first Oscar for it on Sunday. The movie’s scenes of live shows portray Queen’s ability to dominate large crowds, but this marathon offers an overview of the real thing. It features concerts and profiles, beginning with a documentary on the band’s acclaimed album “A Night at the Opera.” 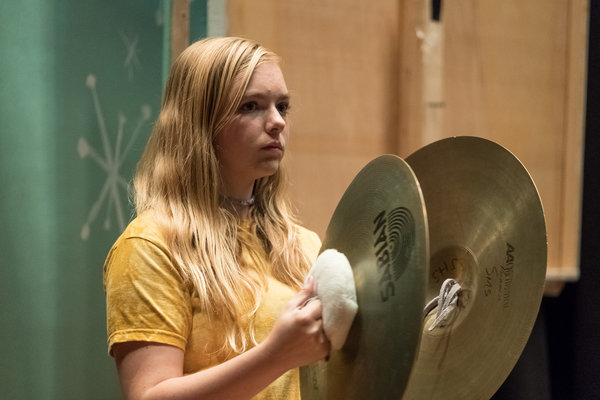 2019 FILM INDEPENDENT SPIRIT AWARDS 5 p.m. on IFC. Aubrey Plaza hosts the 34th Film Independent Spirit Awards live from Santa Monica, Calif. Among the nominees are “Eighth Grade,” for best feature; Barry Jenkins, for best director (“If Beale Street Could Talk”); and Toni Collette, for best actress (“Hereditary”). In an interview with The New York Times, Plaza said she was hoping for a grand entrance, but reality may be a tad less flashy: “I’m just going to wash up on shore from the water, in rags.” She succeeds the irreverent comics John Mulaney and Nick Kroll, who, in their opening monologue at last year’s ceremony, reflected on the news surrounding the #MeToo movement. (Mulaney asked: “What about Woody Allen and his last 20 unwatchable movies? Can I still not watch them?”)

THIS GIANT BEAST THAT IS THE GLOBAL ECONOMY stream or rent on Amazon. Adam McKay lends his signature fast-paced style to this eight-part documentary series on the dizzying and sometimes appalling ways of the global economy. In each episode, the host Kal Penn (“House”) unpacks a tricky topic like bitcoin or artificial intelligence with a no-holds-barred approach. And because McKay is an executive producer, expect a long list of celebrity cameos.

THE BLUE ROOM (2014) stream on Amazon, Hulu or Mubi; rent on Amazon, Google Play, iTunes or YouTube. Mathieu Amalric directs and stars in this steamy French thriller based on the novel by Georges Simenon. It follows Julien (Amalric) and Esther (Stéphanie Cléau), former schoolmates who, when they’re older and married, wind up in an impassioned affair. Their romance feels wicked from the start, but once Julien gets arrested, their lives intertwine in dark, unexpected ways. Writing in The Times, Manohla Dargis named the film a Critic’s Pick and called it an “elegant psychological freak-out.”