An Alexander McQueen documentary debuts on Amazon. And a Sundance TV series looks back at the Jonestown massacre.

McQUEEN (2018) on Amazon. The story of the renegade fashion designer Alexander McQueen, who died in 2010, has been told in a play, in biographies and in countless tabloids. This moving documentary by Ian Bonhôte and Peter Ettedgui is a welcome addition to that chronicle. It honors the designer’s eccentric vision through catwalk footage from his daring runway shows and interviews with family and friends. “Feeling less like a celebration than a fond farewell, ‘McQueen’ successfully steers clear of hagiography,” Jeannette Catsoulis wrote in her review for The New York Times. “Michael Nyman’s score can be annoyingly pushy. Yet the filmmakers’ emphasis on drama honors the driven personality of their subject, while tracing a fairly conventional glad-rags-to-riches narrative arc.” 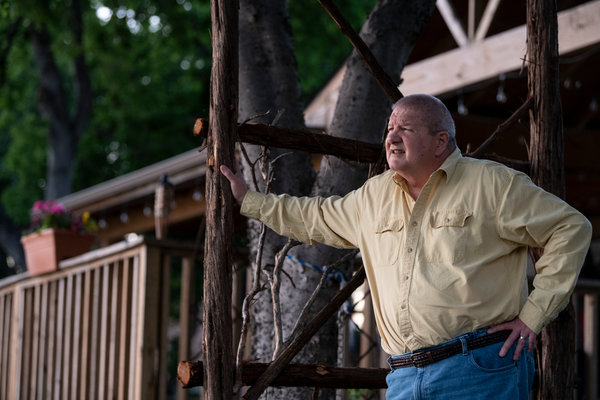 JONESTOWN: TERROR IN THE JUNGLE 9 p.m. on Sundance TV. This new two-part documentary series comes out 40 years after the Jonestown massacre and explores how the cult leader Jim Jones organized a mass suicide that killed more than 900 people in Guyana. Based on the book “The Road to Jonestown: Jim Jones and Peoples Temple” by the journalist Jeff Guinn, the show weaves archival footage and unreleased recordings of interviews with survivors and Jones’s relatives to paint a picture of the events. One of the factors that led to the followers’ acceptance, Carey Winfrey wrote in The Times in 1979, was Jones’s call for “revolutionary suicide”: the belief that “we’re going to show how a force of so many people can do so much to shape the world.”

BAREFOOT CONTESSA: COOK LIKE A PRO 8 p.m. on Food Network. Thanksgiving would be nothing without a juicy, family-size turkey. But in this one-hour special, the host Ina Garten suggests it’s what surrounds the centerpiece that makes the meal. She shares new recipes for mouthwatering sides like leek bread pudding, sautéed brussels sprouts and three variations of mashed potatoes, while guests Jennifer Garner, Nigella Lawson and Marcus Samuelsson weigh in with their own favorites.

A MURDER IN MANSFIELD (2017) 9 p.m. on Investigation Discovery. In this searing documentary by Barbara Kopple, Collier Landry returns to Mansfield, Ohio, where his mother was killed by his father in 1989. Landry was 12 when he testified against his father; here he confronts him and recounts how he coped with his mother’s death nearly 30 years ago.

SATURDAY NIGHT LIVE 11:30 p.m. on NBC. Steve Carell returns as host in an appearance expected to be his quote-unquote return to comedy. He’s joined by the British singer-songwriter Ella Mai. Far from his silly roles in “The Office” or “The 40-Year-Old Virgin,” Carell is currently starring opposite Timothée Chalamet in the father-son tear-jerker “Beautiful Boy.” In movies next month, Carell plays an artist overcoming trauma in the fantasy-drama “Welcome to Marwen,” and will portray Donald Rumsfeld in the political feature “Vice.”