THE AVENGERS (2012) 5:30 p.m. on USA. If the three-hour running time of the just-released “Avengers: Endgame” doesn’t have you spending Friday night inside a movie theater (or rolling your eyes), a bit of network jumping can make a long do-it-yourself Marvel marathon possible at home. One natural place to start is with this 2012 movie, the first to assemble Iron Man (Robert Downey Jr.), Thor (Chris Hemsworth), Captain America (Chris Evans), the Hulk (Mark Ruffalo) and other heroes under the command of the eyepatch-wearing spymaster Nick Fury (Samuel L. Jackson), making for one shiny, expensive story. Also airing at 5:30 are the Kenneth Branagh-directed THOR (2011) on FX and the playful ANT-MAN (2015) on Syfy, an origin story for the size-shifting superhero played by Paul Rudd. CAPTAIN AMERICA: THE FIRST AVENGER (2011), at 8 on FX, and IRON MAN (2008), at 8 on Syfy, tell yet more origin stories, while AVENGERS: AGE OF ULTRON (2015), at 8:30 on USA, and THOR: THE DARK WORLD (2013), at 10:30 on TNT, continue their characters’ story lines. Are you all caught up yet? 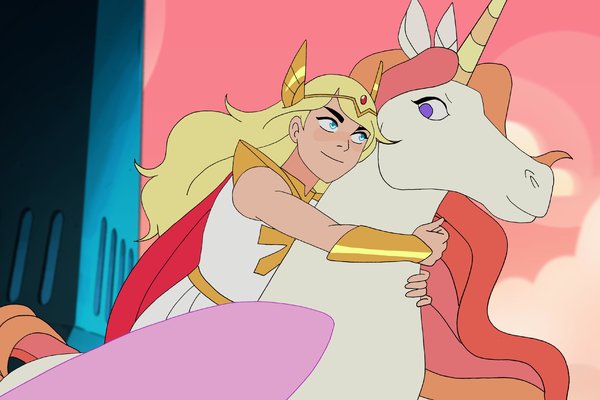 SHE-RA AND THE PRINCESSES OF POWER Stream on Netflix. Unicorns and spaceships abound in this animated series, a candy-colored reboot of the mid-80s show about a warrior princess. Led by the cartoonist Noelle Stevenson, whose graphic novel “Nimona” was nominated for a National Book Award in 2015, the new “She-Ra” in its first season introduced both its title character — an orphan, voiced by Aimee Carrero, who gains superpowers after discovering a magical sword — and a group of other warrior princesses. The second season, debuting Friday, continues their story.

ON THE BASIS OF SEX (2018) Rent on Amazon, Google Play, iTunes, Vudu and YouTube. Felicity Jones plays the Supreme Court justice Ruth Bader Ginsburg in this biopic about her earlier years. Directed by Mimi Leder from a screenplay by Daniel Stiepleman, who is Justice Ginsburg’s nephew, the film zooms in on a sex-discrimination case that Ginsburg argued in the early ’70s.

THE GREAT SILENCE (1968) Stream on Kanopy; rent on Amazon, iTunes and Vudu. In this snowy spaghetti western from the Italian director Sergio Corbucci, the main character is described as “a man that makes bounty killers tremble.” That man would be Silenzio (Jean-Louis Trintignant), a gunslinger with cut vocal cords who blasts his way through a story A. O. Scott called “preposterous” (not entirely negatively) in a Times review last year. “There is something about the film’s brazen mixing of incompatible elements that defies categorization, imitation or even sober critical assessment,” Scott wrote. A score by Ennio Morricone is another plus.