A documentary about the country singer Charley Pride airs on PBS. And “Chef’s Table” returns on Netflix.

AMERICAN MASTERS — CHARLEY PRIDE: I’M JUST ME 9 p.m. on PBS (check local listings). “When Jackie Robinson went to the major leagues, I was picking cotton beside my dad,” the singer Charley Pride recalls near the beginning of this documentary. “And I said to myself, ‘Here’s my way out of the cotton field.’” While Pride didn’t end up becoming a baseball star, he did break his own ground as a trailblazing country music star — and as one of the relatively few black performers to reach his level of success in the genre. This hourlong documentary charts Pride’s rise, beginning with his childhood in Sledge, Miss., where he was born in 1938 to a family of sharecroppers. Dolly Parton, Brad Paisley, Whoopi Goldberg, Marty Stuart, Willie Nelson and others make appearances.

TONE BELL: CAN’T CANCEL THIS 10 p.m. on Showtime. The comedian Tone Bell, known as the fiancé in the CBS sitcom “Fam” and a war-veteran-turned-security-guard in Netflix’s “Disjointed,” discusses student loans (paid) and Alaska (cold) in this comedy special. 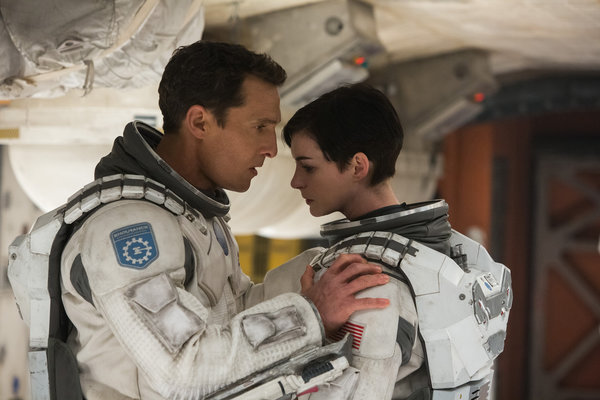 INTERSTELLAR (2014) 10:25 p.m. on FXM. Environmental catastrophe is at the center of Christopher Nolan’s anxious and ambitious space movie, which stars Matthew McConaughey and Anne Hathaway as astronauts on a mission to find humans a new home planet. That the search is necessary is a product of a Dust Bowl-like blight that has rendered Earth unable to produce most crops (other than corn). In his review for The New York Times, A. O. Scott wrote that the film “distills terrestrial anxieties and aspirations into a potent pop parable, a mirror of the mood down here on Earth.”

CHEF’S TABLE on Netflix. The sixth season of this food profiles a new set of a chefs. Asma Khan, who founded the Indian restaurant Darjeeling Express in London and put together a kitchen staffed entirely by women, talks here about formative experiences growing up in India. In another episode, the American chef Mashama Bailey gives a tour of her restaurant, the Grey, built in a former segregated bus station in Savannah, Ga. As in previous seasons, both the chefs and their food are presented simply, admiringly, and with a minimalism that reads as a rebuke of the bloated excess favored by food competition shows.

LOVING VINCENT (2017) Stream on Hulu; Rent on Amazon, Google Play, Vudu and YouTube. If you’re on a Vincent van Gogh kick after seeing “At Eternity’s Gate," consider this lush animated feature about the artist’s life from the directors Dorota Kobiela and Hugh Welchman. An Oscar contender in 2017, the film was marketed as the first full-length animated film to be made entirely of oil paintings on canvas. It follows a young man (Douglas Booth) investigating the painter’s death about a year after it happened. In his review for The Times, A. O. Scott wrote that the viewer “becomes accustomed to the images, and astonishment at the film’s innovative, painstaking technique.”