“Where were you tortured, and when?”

It was an unremarkable question at a trial whose raw material was cruelty and suffering, during four years of brutal rule in Cambodia by Khmer Rouge fanatics.

Was the witness whipped, beaten, waterboarded, suffocated in a plastic bag? Did his torturer poke a stick into his wounds, were his toenails pulled out, were electric wires attached to his ears?

Did the prison commandant Kaing Guek Eav, known as Duch, personally beat him until he was out of breath, or did Duch stand back and laugh as he watched, as some witnesses testified? 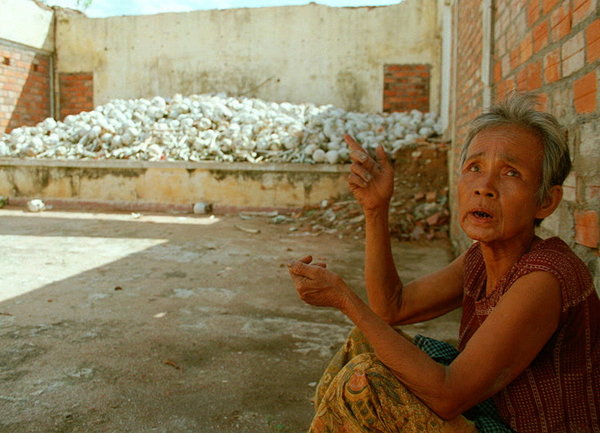 Duch (pronounced DOIK) was the first defendant in the United Nations-backed Khmer Rouge trial I covered for more than a decade, until what may have been the final verdicts, just this month, which convicted two senior leaders of genocide.

Those leaders were the last survivors of a group of revolutionaries responsible for the deaths of at least 1.7 million Cambodians from 1975 to 1979, from execution, starvation, overwork or disease.

They left it to others, like Duch, to do the killing.

He was the commandant of the main Khmer Rouge prison, Tuol Sleng, or S-21, where at least 14,000 people were tortured for days or weeks before being sent — almost every one of them — to a killing field for execution.

It was a dangerous place to work. As many as one-third of the prison staff was executed, sometimes for torturing with too much enthusiasm and letting a prisoner die.

Duch, with his tiny eyes and prominent ears, came to symbolize for me the cold, impersonal cruelty of a movement that lived by the slogan, “To keep you is no gain, to destroy you is no loss.”

I had arrived in Cambodia in 1996, when the country was still ragged and panting from the ravages of four years of mass killing, followed by more than a decade of civil war as the Khmer Rouge returned to their jungle insurgency.

I had seen trauma before, but never an entire traumatized nation. I reminded myself regularly that all the adults I met were survivors or former killers, who now had to try to live with what they had seen or done. Almost everyone, survivor or killer, had lost family members. They carried around inside themselves millions of tiny worlds of suffering.

I visited land mine victims from the civil war in the military hospital, a dark and dreadful place without regular water or electricity, where men begged me for crutches.

Others, crippled and rejected by society, hopped around the central market seeking alms. Of all of them, it was one man whose stark words stay with me. Holding out his hat to me, he said simply, naming the region where he had lost his leg, “Battambang — boom!”

At a government hospital I interviewed a psychiatrist — one of the few who survived the Khmer Rouge years — who was treating traumatized survivors. But he seemed unable to focus. His words wandered away to his own losses: a child, a spouse, a parent. He looked up. No, he insisted, he was not suffering from trauma. He was fine.

A 52-year-old wholesale rice dealer told me she had constant intestinal problems and passed out whenever she went to the bathroom. She said she suffered convulsions and was afraid to go out alone.

She closed her eyes for a moment. “I see a man running, and I see a man shooting,” she said. “I hear gunfire. I can hear the people saying, ‘Oh, they killed him!’ It is like a snapshot in my mind.”

Many with similarly haunting memories told me they were troubled by a single question: Who did this to us, and why?

The trial attempted to answer this question and compiled an unassailable record of historical data. But in the process it raised a deeper human question: What drove these killers and torturers? Are men like Duch somehow different from the rest of us, or do we all carry within us seeds that in the right conditions could turn us into beasts?

“How do human beings become part of a project of mass murder,” asked Alexander Laban Hinton in “Man or Monster?,” his book about Duch. “It’s too easy to dismiss people as sociopaths or psychos. Instead you really have to grapple with their humanity.”

Duch told the court that he had taken his revolutionary name from a children’s story about an obedient schoolboy who tried hard to please his teachers. He said he had attempted to get out of his assignment to work at Tuol Sleng but, like that obedient schoolboy, when he took on the task he was determined to do it right.

He stated proudly that he had invented or refined some of the methods of torture he described. He controlled the lists of those to be executed, including one list with the names of 17 children. It carried his handwritten instruction: “Kill them all.”

One of the great scholars of Cambodian history and the Khmer Rouge years, David P. Chandler, examined the question of culpability in his book “Voices from S-21” and concluded that “to find the source of the evil that was enacted at S-21 on a daily basis, we need to look no further than ourselves.”

It was easy to imagine, as he stood in the dock, that Duch was a man who could command an institution devoted to torture. For him, a courtroom was nothing. The force of his personality made everyone else seem smaller.

Sometimes with impatience, sometimes with contempt, he corrected witnesses about their testimony or lawyers who mistook a page number or a reference. At one point a judge admonished him that laughter was not an appropriate answer to a question.

I was fascinated by this complex, cruel man who so palpably embodied the question of Mr. Hinton’s book title: man or monster?

Whatever the answer, I wanted nothing to do with this laughing torturer. This was not a person with whom I wanted to feel a human connection.

I had been observing him for days through the floor-to-ceiling wall of bulletproof glass that separated the spectators from the courtroom. And Duch had apparently noticed me as well.

During a break in testimony, I walked closer to the glass wall, and he suddenly turned and looked directly at me. He raised a friendly hand and waved.

Without thinking, I waved back. 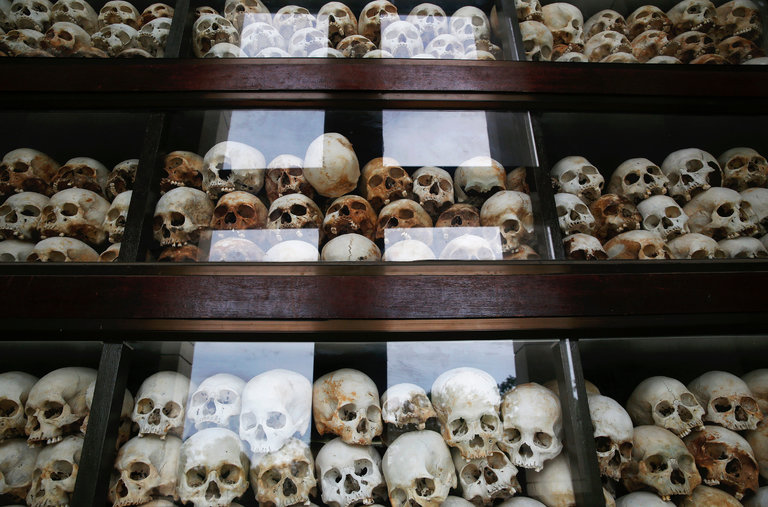 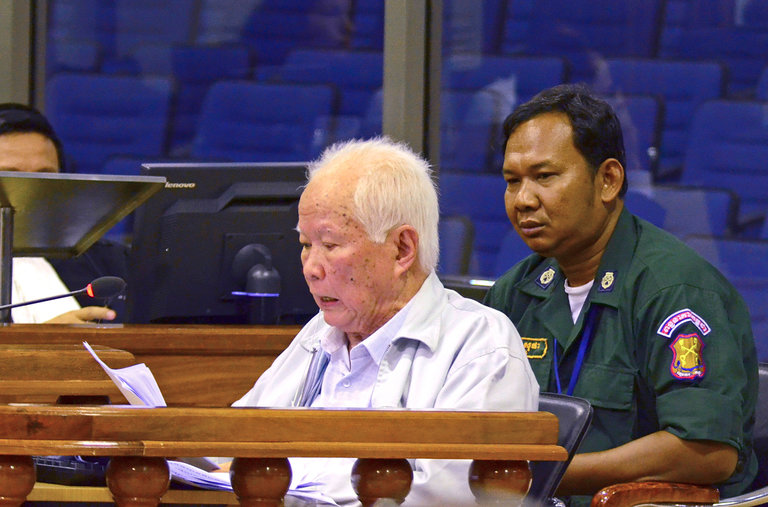 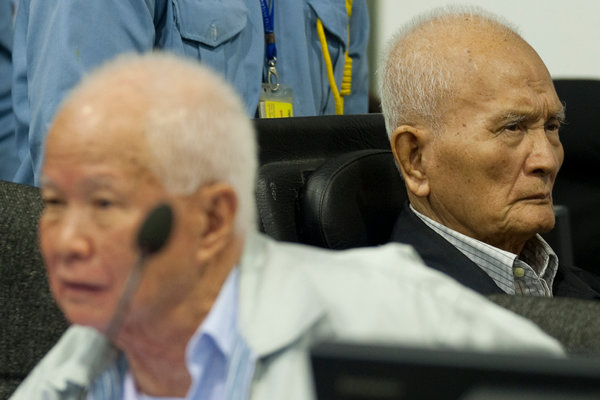 Seth Mydans reported as a foreign and national correspondent for The New York Times and its sister publication, The International Herald Tribune, from 1983 to 2012. He continues to contribute to The Times.