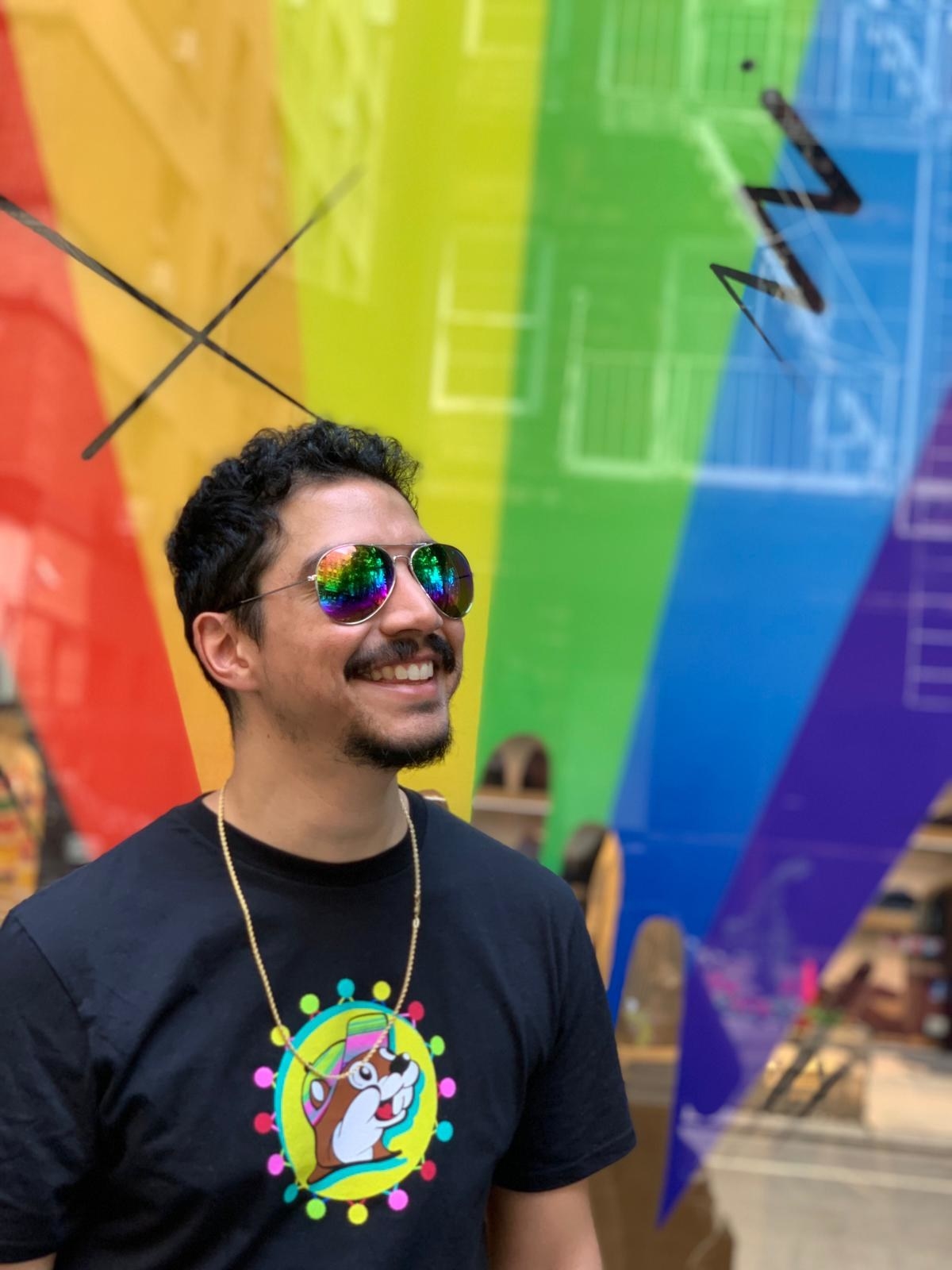 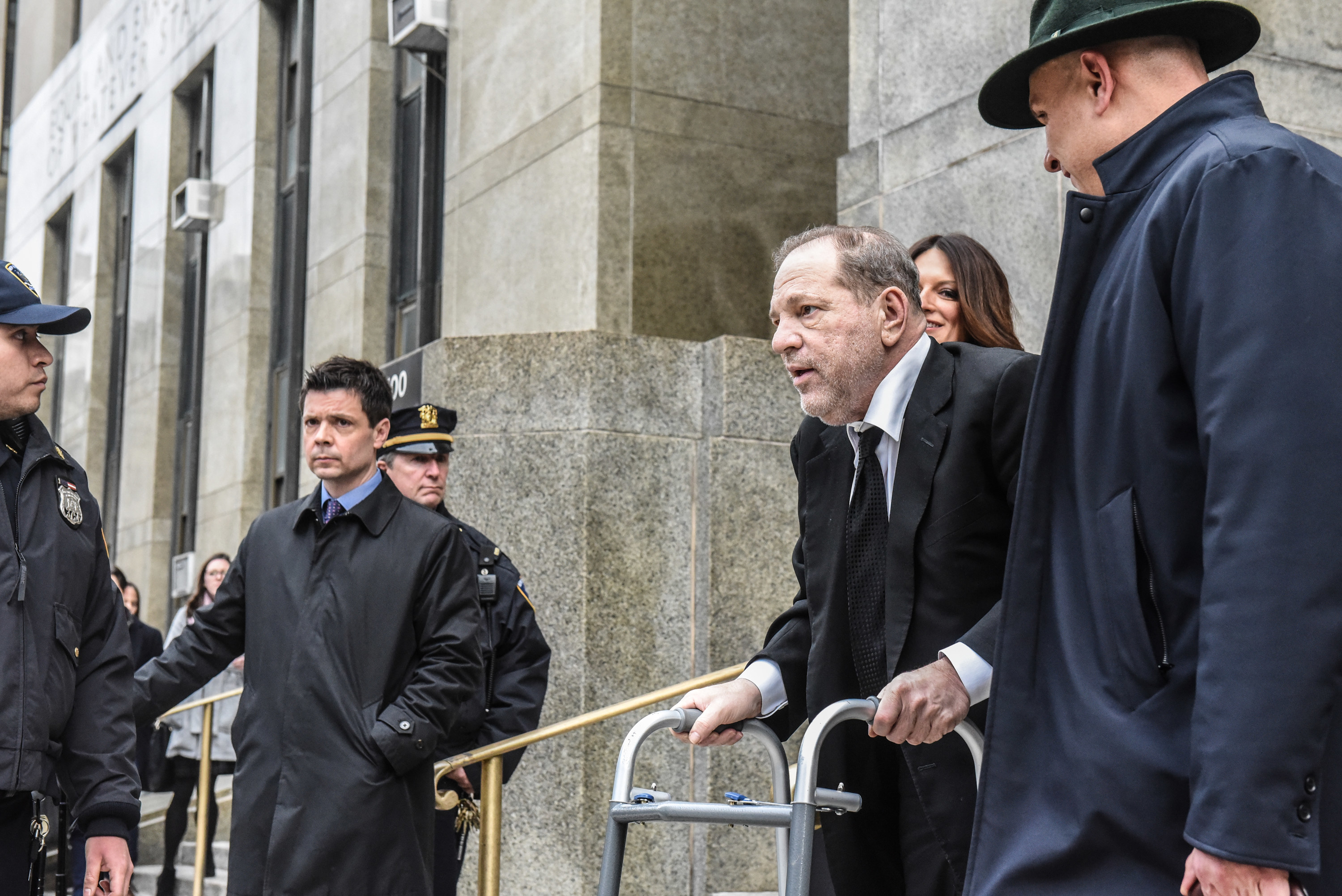 When Xorje Olivares arrived at the Manhattan Supreme Court for jury service on Wednesday morning, the crowd outside — including crews of TV reporters — didn’t totally tip him off as to what awaited him in the building.

Alongside hundreds of potential jurors, Olivares waited in a room and heard from a clerk about what to expect over the next day or so of jury duty.

“It was kind of as mundane as you would expect,” Olivares, who has a show on Sirius XM, told BuzzFeed News. His tweeted about the experience after getting a letter Friday saying his jury service was compete and he was dismissed for at least four years.

Though his friends and coworkers initially joked that he might be called as a potential juror in Harvey Weinstein’s rape trial, he brushed it off.

But when court employees called out names — Olivares’ among them —and they were shuffled into another courtroom, passing reporters and bystanders, he started believing that it was a possibility.

Olivares filed into the courtroom and ended up near the back. He couldn’t see much, except that there were a lot of potential jurors in the room with him, and tables near the front near where the judge sat.

“The judge says, ‘hi, welcome to jury duty, thank you so much for doing this,'” Olivares said. “I do want to let you know that the particular case that you might be considering today is The People v. Harvey Weinstein.”

The mood in the room shifted immediately, he said.

“It was so palpable,” he said. “Right off the bat I already knew people felt a certain way.”

Olivares recalled a middle-aged woman next to him muttering, “he’s such a monster.” A woman to his other side “just shook her head and kind of just threw her hands up in the air.”

“You can kind of see people were uncomfortable,” he said. “It really was one of those [things] where you feel tension in the room, and no one quite knows … how to be at ease.”

That reaction was not lost on Justice James Burke. Olivares said Burke, who Weinstein’s legal team wanted removed from the case, cautioned potential jurors that if selected, they should consider the case based on witness testimony and evidence presented in court, and not any external influences.

When Burke introduced Weinstein to the potential jurors, Olivares recalled him struggling to get up.

“That in and of itself was really surreal, because you can see, especially after we had seen all the visuals of him with the walker and him looking very frail and all that — that doesn’t quite fit with the narrative a lot of us know,” Olivares said. “It was just still somewhat shocking.”

Olivares said hands shot up immediately when the judge asked if any of the potential jurors felt they couldn’t be fair and impartial in the case.

The first person who responded was a woman Olivares recalled was in her early 30s, around the same age as him. She said she didn’t think she could be impartial because she was a survivor of sexual assault.

Olivares said others told the judge they had seen the news about the scores of sexual assault or harassment accusations against Weinstein, or were reading investigative reporter Ronan Farrow’s book, Catch and Kill, that documented the tactics Weinstein used to cover up the allegations and the women who made them.

When it was his turn to speak, Olivares stood up, said his name, and told the judge he could not be impartial.

They were eventually dismissed from the courtroom. Olivares said it was a strange feeling to leave the room with other potential jurors who spoke their minds about Weinstein.

“It was one of those weird things,” he said. “[We were] kind of looking around even though we didn’t know each other, like, oh my God, I think we just did that.”