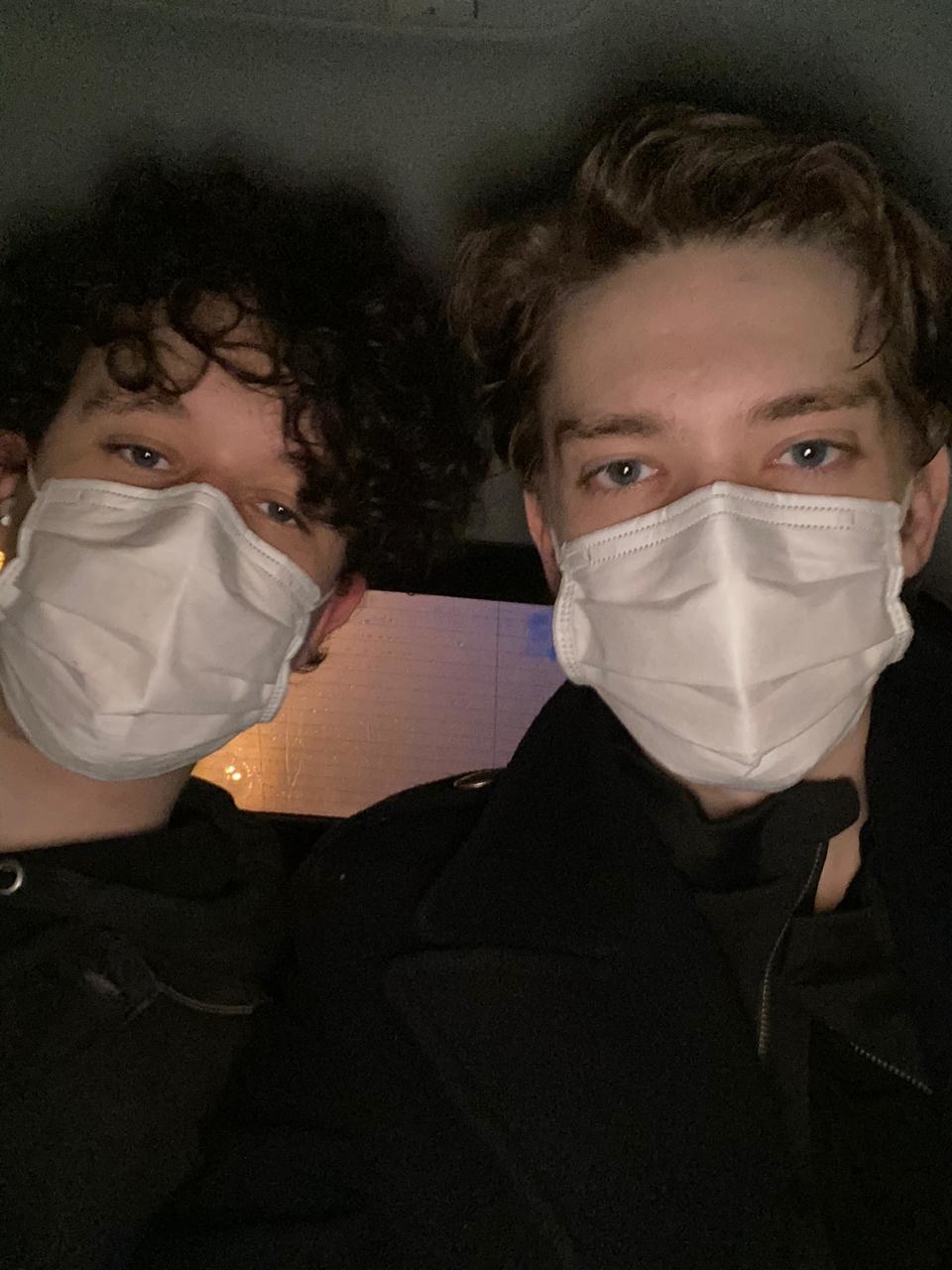 Trenton Thurber had settled into his seat with hundreds of other US citizens for the flight from Moscow to New York, relieved to be on the last one before Russia closed its airspace amid the coronavirus pandemic. He fastened his seatbelt as the engines revved up and the flight crew prepared for departure.

Just a few rows away, sat Julian and Nicholas MacKay, two brothers from Montana, who were desperately trying to get home to see their dying father.

Then an announcement came over the plane’s loudspeaker and in an instant, their hopes of getting home were dashed — yet again. The voice was the pilot telling everyone that the flight from Sheremetyevo Airport to JFK had been canceled and they would have to get off the plane.

That’s when the situation descended into chaos, according to Thurber, the MacKay’s and another American who spoke to BuzzFeed News by phone. The cancellation of the Aeroflot flight also leaves more than 100 Russians hoping to get home stuck in limbo in New York. They had hoped to be on the plane’s return flight to Moscow.

Trenton Thurber, a 26-year-old Arizona resident who previously described to BuzzFeed News his attempt to get home as Russia locked down its borders in the midst of the novel coronavirus pandemic, said passengers began shouting at the flight crew and demanding that the plane take off, cancellation orders be damned.

“There was a small group of determined passengers who said they weren’t going to leave the plane,” Thurber said.

They held out for more than an hour before finally disembarking, according to the MacKay brothers.

Julian, 22, and Nicholas, 19, flew to Moscow earlier in the day from St. Petersburg, where they work as a ballet dancer and a photographer, respectively. They chronicled their day-long, 450-mile journey in a series of videos published on their Instagram accounts. Some of those, as well as others, were shared with BuzzFeed News.

In one video, the MacKays are excited and hopeful about finally catching what appears to be the last flight out of Moscow aboard Russia’s flagship carrier, Aeroflot, after two weeks of attempts.

“We just got a call from the [US] embassy saying it’s not going to be canceled, hopefully,” Nicholas says.

The next video shows them waiting in a crowd of anxious people at the gate to get on the plane.

A video shot minutes later, though, shows chaos aboard the plane after the pilot announced the flight had been canceled. “People are starting to panic and go crazy,” Nicholas says, as masked passengers shout at the flight attendants.

The brothers then show the resulting pandemonium back inside the airport, after passing back through passport control.

The McKay’s purchased their tickets for the Friday flight to New York days earlier after several attempts to get a flight to the US in hopes of eventually making their way home to Montana to spend time with their dying father.

Now, after their flight was canceled and Russia suspended all future international flights — including those to repatriate citizens — on Friday, the young men fear they won’t be by their father’s side before he dies.

“It really is his last final days,” Julian said. “So it’s, like, really bad timing because, basically, my dad has given his whole entire life to make it so we are these independent people and I could pursue a ballet career.”

The MacKays and Thurber are now stranded with hundreds of other US citizens inside Moscow’s largest airport without any way of getting home to the US. They said neither Aeroflot employees nor airport workers have provided passengers with assistance or information.

“Me and my brother speak Russian, but there are hundreds of Americans who don’t and have no idea what’s going on,” Nicholas said.

A fourth American, Joshua Tesmer, is one of those who doesn’t know how he will get home after Friday’s flight was canceled. The retired Air Force veteran was working on an oil platform in Russia when the coronavirus began spreading around the world. “It’s quite disheartening to think we were going home and have the rug pulled out from under our feet in such a manner,” he told BuzzFeed News.

Frustrating the group even more has been the lack of help and advice from the US Embassy in Moscow. Inundated with calls from angry citizens stuck in a foreign country, diplomats there stopped answering calls, said the MacKays and Thurber.

“There’s no information, which is scarier than being told, ‘I don’t know,’” Julian said. “It’s ridiculous and scary having this feeling that you’re stuck and can’t go anywhere.”

Later on Friday, the US Embassy In Moscow said in a tweet that it was aware of the situation and was working to find a solution. It also seemed to place the blame for the cancellation on Russia.

“The flight was full of US citizens anxious to get home. We are awaiting an explanation from the Russian Federation,” the embassy said.

One of the responses to the embassy’s tweet pointed out that a flight from Moscow had arrived in New York on Wednesday, the day Thurber’s previously scheduled Aeroflot flight had been canceled.

“so, we can send a plane to collect medical supplies, but not citizens?” read that reply.

She was referring to a Russian government plane filled with 60 tons of medical supplies that flew to New York, which has emerged as the new global epicenter of the coronavirus crisis. President Donald Trump and President Vladimir Putin spoke on Monday by phone about the worsening situation in New York and the need for crucial supplies such as masks and ventilators.

The supplies were first reported to be humanitarian aid, with Russia said to be footing the bill. But later the US State Department said it had paid for them. A Reuters report on Friday, however, cited a US official as saying Washington paid for the entire planeload and Russian officials as saying Moscow had paid half the cost. Amid the confusion, Russia experts on social media have called the aid delivery a PR coup for the Russians.

To some, it even looked like the Kremlin was trolling the US on Friday after Russia’s RBK news outlet reported that some of the ventilators on the plane had come from a company currently under US sanctions. Boxes of them being unloaded from the plane could be seen in a video published by the Russian agency Ruptly, which is affiliated with the state-run outlet RT.

Meanwhile, at Moscow’s Sheremetyevo airport, Tesmer and Thurber are unsure of what to do and whether they will be able to get home, or be forced to hunker down and ride out the coronavirus wave abroad.

“This is the third flight I have been on that was canceled and they are now telling us there are no other flights out of Russia, with no specified date in the future for flights to resume,” Tesmer said.

“It’s back to square one,” Thurber said.

As for the MacKays, they decided it was best to get on a train and return to St. Petersburg, “where we can at least control the environment, in terms of water, food, friends,” Julian said.