Even for singers with established international careers, a debut at the Metropolitan Opera is a major milestone. And it’s not often that two important Met debuts take place — in polar-opposite roles, with completely different expectations — just 15 hours apart.

On Friday night, Rosa Feola, 32, an Italian soprano who has appeared to acclaim at the Teatro alla Scala, the Vienna State Opera and elsewhere, made her Met debut as Gilda in Verdi’s “Rigoletto.” This character, the winsome young daughter of an overbearingly protective father, is a classic role, written for a lighter, lyric coloratura voice and sung splendidly by many over generations, so a soprano must find a way to stand out.

Then, on Saturday morning, the Austrian tenor Andreas Schager, who has made a name for himself in heldentenor roles requiring Wagnerian heft and stamina, made his much-anticipated debut as Siegfried in “Götterdämmerung,” the fourth and final opera of Wagner’s “Ring.” Here the expectations were entirely different. The role, especially in “Siegfried” but also in this concluding, four-and-a-half hour installment, is one of the most punishing assignments in opera. Wagner fans have learned to appreciate any tenor who can at least get through it. After all, no Siegfried, no “Ring.”

[Listen to the musical building blocks of Wagner’s “Ring.”]

So how did these two artists fare? Very well. 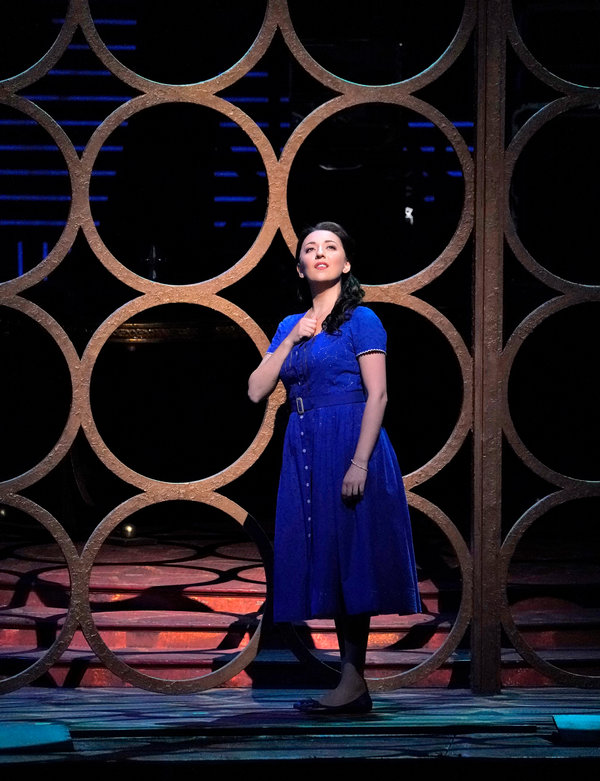 Ms. Feola has a warm, full-bodied voice with natural bloom and a touch of darkening richness. She dispatched coloratura runs and filigree with ease and agility. There was nothing generic about the beauty of her singing. Depending on the dramatic urgency of the moment, she would inflect a phrase with an earthy, even steely sheen. She seemed at home in Michael Mayer’s garishly colorful production, which sets the story in 1960s Las Vegas, with the Duke (the tenor Matthew Polenzani, in excellent voice) presented as a sort of headliner on the strip. In fact, the contemporary trappings allowed Mr. Feola to tease out contemporary resonances from Gilda’s character.

From the start, you could sense how exasperated this restless Gilda was with her smothering father, the jester Rigoletto (the baritone George Gagnidze), who tries to keep her in seclusion at home. When the Duke, pretending to be a poor student, romances her, Ms. Feola’s Gilda practically trembles with pent-up longing. Even in the wrenching Act II scene when Gilda, having been kidnapped by the Duke’s men and brought to their boss, confesses all to her father, Ms. Feola’s Gilda was alternately consumed with shame and afire with helpless ardor.

Mr. Schager pretty much met expectations, which is saying a lot given the paucity of tenors who can sing Siegfried. (He shares the role with Stefan Vinke through May 11.) He has a hefty voice with clarion top notes and energy galore. He began his career singing lighter repertory, and remnants of that background came through in the lyricism he brought to Siegfried’s tender moments. Of course, given the vocal demands, Mr. Schager had his share of bellowed outbursts, gravelly low passages and raw sound. His heartiness and vigor were boundless, and, like a college athlete, he scampered up and down the planks of the mechanical set that dominates Robert Lepage’s production.

In a role that can easily make Siegfried seem like some rowdy, clueless, clunky youth, he conveyed genuine romantic longing for Brünnhilde (the soprano Christine Goerke at her best). And during the long stretch of the story at the hall of powerful Gibichung family, when Siegfried — under the spell of a potion that makes him forget Brünnhilde and fall for Getrune (the gleaming soprano Edith Haller, in her Met debut) — Mr. Schager’s vulnerable Siegfried often seems poignantly confused, with flashes of memory when he appears to know something is not right. Until a dream-come-true Siegfried arrives, Mr. Schager will do just fine.

The bass-baritone Eric Owens made a prideful, calculating and vocally formidable Hagen. And, once again, the conductor Philippe Jordan is proving the hero of the Met’s “Ring.” He led an inexorably unfolding and incisive account of the score, drawing velvety string sound and blazing yet never blaring crescendos from the Met Orchestra, which has seldom sounded finer.

Ms. Goerke was magnificent. With unfailing energy, fearless abandon and gleaming sound, she was a mesmerizing Brünnhilde. She caught all the mood shifts of this volatile character, one moment coming across like a smitten young lover, the next a betrayed and embittered woman, a former Valkyrie warrior who by the end, in a self-immolating act of transcendence, brings down the entire edifice of the gods.