President Trump held a campaign rally in Pittsburgh on Tuesday with thousands of his supporters gathered in close quarters, many without masks.

Seth Meyers said of the massive crowd on Wednesday: “Trump might be getting four more years, but I’m not so sure about the rest of you.”

“If there’s any parents watching, if you ran out of ‘Where’s Waldo?’ books for your kids during quarantine, just hand them this photo and tell them to find a Trump supporter wearing a mask.” — JIMMY FALLON

“Just a tip: If you’re a cashier at the Chick-fil-A closest to the rally venue, you might consider dressing like the bad guys from ‘E.T.’” — SETH MEYERS

“And by the way, this isn’t hypothetical. We already know his rally in Tulsa led to a surge in cases there. At this point, Trump rallies are on the list of high-risk activities, just like doorknob licking, hugging everyone on the subway and eating shrimp at the strip club buffet.” — SETH MEYERS

"And I’m not even really sure what rally attendees are getting out of it for all the risks they’re taking. I mean, you can’t even really follow what the guy is saying. Most of the time he just stands there sweating profusely and complaining about things he recently watched on TV.” — SETH MEYERS

“His rallies are like karaoke night at the concussion ward. You could safely get the same experience Facetiming with your uncle who lives in Boca and eats dinner every night at 4:30 at Red Lobster. ‘You have to get there early so they don’t run out of the Cheddar Bay biscuits we love — we love the Cheddar Bay, don’t we folks?”” — SETH MEYERS

“By the way, did you see which network was airing the rally? C-SPAN3. You know your campaign is going well when even C-SPAN2 says, ‘Nah, we’re good.’” — JIMMY FALLON

The Punchiest Punchlines (No Tricks, No Treats Edition)

“You know, because of the pandemic, the C.D.C. is urging families to skip trick-or-treating this year, which really screws me up, because that’s my bit — I'm the one who takes the kids’ candy away!” — JIMMY KIMMEL, referring to his yearly Halloween prank

“They’re now recommending that if your kids want to do something spooky on Halloween, they should sit quietly and think about how badly the administration handled the pandemic response.” — JIMMY KIMMEL

“For instance, who wouldn’t enjoy a bag of PandeM&M’s? Or Now and Ventilators. Or Lemon Droplets. Or Feverishly Hot Tamales, No More Payday Bars, Reese’s Sneezes, Good and Fauci, Circus P.P.E.-nuts, Stand Milky Way Over There, Three Masketeers, Stuck at Home With Sour Patch Kids and, finally, Mike and Ike Are Dead.” — JIMMY KIMMEL, on how candy companies could rebrand

“Remember the good old days when all you had to worry about was a giant shiv in your Snickers bar?” — JIMMY FALLON

“The C.D.C. is discouraging trick-or-treating, but to be fair, maybe children shouldn’t have been going around collecting candy from strangers anyway.” — JIMMY FALLON

“That’s right, no trick-or-treating. It’s too bad — I’m really going to miss the disappointed look on my kids’ face when they get an Almond Joy.” — JIMMY FALLON

“Kids will miss getting candy, while parents will miss giving that quick judgey glimpse into their neighbor’s house: ‘Carpet in the kitchen? Very ’70s.’” — JIMMY FALLON

“Yeah, Halloween will be different. If you see a house covered in cobwebs, those aren’t decorations. Those are people who haven’t gone outside since March.” — JIMMY FALLON

Maya Erskine and Anna Konkle will talk about Season 2 of their hit Hulu comedy, “Pen15,” on Thursday’s “Late Night With Seth Meyers.” 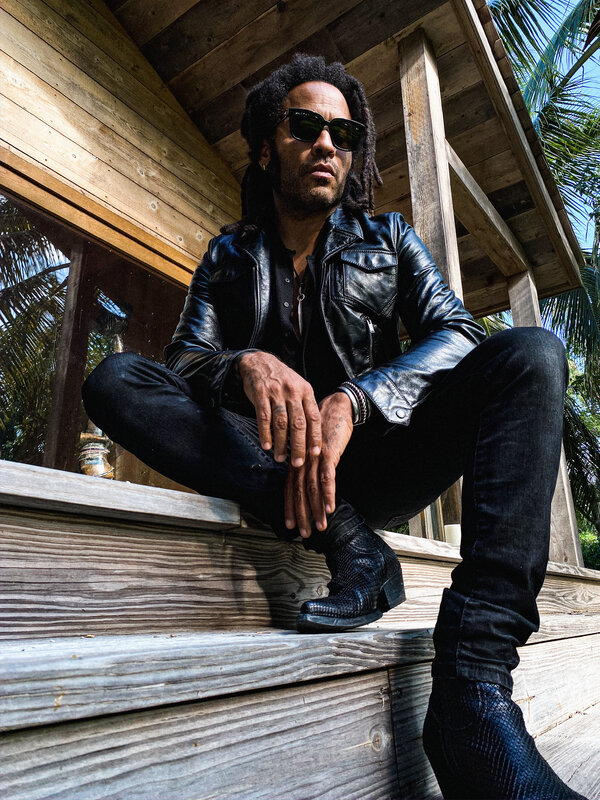 Lenny Kravitz’s new memoir, “Let Love Rule,” details his life from childhood up to the release of his debut album in 1989.