Tony Rice, an immensely influential singer and guitarist in bluegrass and in the new acoustic music circles that grew up around it, died on Saturday at his home in Reidsville, N.C. He was 69.

The International Bluegrass Music Association confirmed his death. No cause was specified.

“Tony Rice was the king of the flatpicked flattop guitar,” the singer-songwriter Jason Isbell said on Twitter. “His influence cannot possibly be overstated.”

Mr. Isbell was referring to what is commonly known as flatpicking, a technique that involves striking a guitar’s strings with a pick or plectrum instead of with the fingers. Inspired by the forceful fretwork of the pioneering bluegrass bandleader Jimmy Martin, Mr. Rice’s flatpicking was singularly nimble and expressive.

“I don’t know if a person can make anything more beautiful,” Mr. Isbell went on to say in his tweet, describing Mr. Rice’s fluid, percussive playing, in which feeling, whether expressed harmonically or melodically, took precedence over flash.

Mr. Rice left his mark on a host of prominent musicians, including his fellow newgrass innovators Mark O’Connor and Béla Fleck, acoustic music inheritors like Chris Thile and Alison Krauss, and his flat-picking disciples Bryan Sutton and Josh Williams.

“There’s no way it can ever go back to what it was before him,” Ms. Krauss said of bluegrass in an interview with The New York Times Magazine for a profile of Mr. Rice in 2014. She was barely a teenager when Mr. Rice first invited her onstage to play with him.

He was a catalyst for the newgrass movement, in which bands broke with bluegrass tradition by drawing on pop and rock sources for inspiration, employing a more improvisational approach to performing and incorporating previously untapped instrumentation like electric guitar and drums.

Not only a virtuoso guitarist, Mr. Rice was also a gifted singer and master of phrasing. His rich, supple baritone was as equally at home singing lead in three-part bluegrass harmony arrangements as it was adapting the troubadour ballads of Gordon Lightfoot under the newgrass banner.

But his performing career was abruptly cut short beginning in 1994, when he learned he had muscle tension dysphonia, a severe vocal disorder that robbed him of the ability to sing in public and compromised his speaking voice. He would not sing onstage or address an audience again until 2013, when the bluegrass association inducted him into the International Bluegrass Hall of Fame.

Not long after that diagnosis, Mr. Rice learned that he also had lateral epicondylitis, commonly known as tennis elbow, which made it too painful for him to play the guitar in public anymore as well. 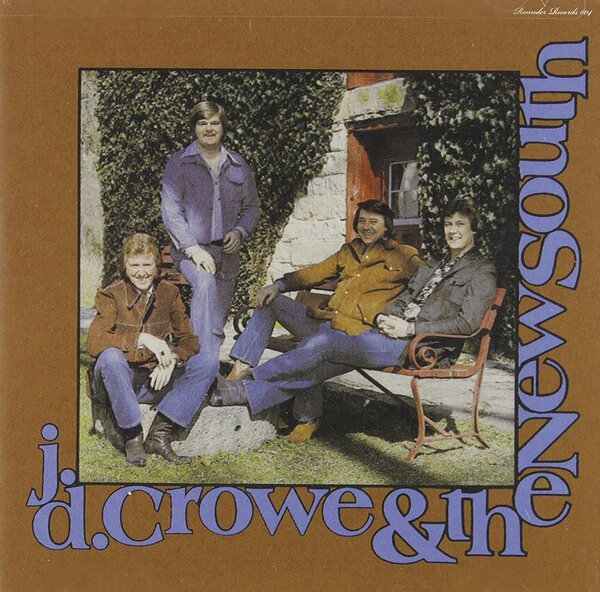 David Anthony Rice was born on June 8, 1951, in Danville, Va., one of four boys of Herbert Hoover Rice and Dorothy (Poindexter) Rice, who was known as Louise. His father was a welder and an amateur musician, his mother a millworker and a homemaker. It was her idea to call her son Tony, after her favorite actor, Tony Curtis. Everyone in the Rice household played or sang bluegrass music.

After the family moved to the Los Angeles area in the mid-1950s, Mr. Rice’s father formed a bluegrass band called the Golden State Boys. The group, which recorded several singles, included two of his mother’s brothers as well as a young Del McCoury at one point, before he became a bluegrass master in his own right. The band inspired Mr. Rice and his brothers to form a bluegrass outfit of their own, the Haphazards.

The Haphazards sometimes shared local bills with the Kentucky Colonels, a band whose dazzling guitarist, Clarence White — a future member of the rock band the Byrds — had a profound influence on Mr. Rice’s early development as a musician.

(Mr. White was killed by a drunken driver while loading equipment after a show in 1973. Afterward, Mr. Rice tracked down Mr. White’s 1935 Martin D-28 herringbone guitar, which he purchased from its new owner in 1975 for $550. Restoring the guitar, he started performing with it, affectionately calling it the “Antique.”)

The Rice family moved from California to Florida in 1965 and then to various cities in the Southeast, where Mr. Rice’s father pursued one welding opportunity after another.

He also drank, creating a tumultuous home life that forced Mr. Rice to move out when he was 17. Tony Rice struggled with alcohol himself but, by his account, had been sober since 2001.

Dropping out of high school, Mr. Rice bounced among relatives’ homes before moving to Louisville in 1970 to join the Bluegrass Alliance. The band’s members, including the mandolinist Sam Bush, went on to form much of the founding nucleus of the progressive bluegrass band New Grass Revival.

“The music laid out in front of me was like nothing I’d ever seen,” Mr. Rice told The Times Magazine in 2014. “At first I thought I couldn’t learn it. The only thing that saved me was that I always loved the sound of acoustic, small-group, modern jazz.”

After four years with Mr. Grisman, Mr. Rice established his own group, the Tony Rice Unit, which was acclaimed for its experimental, jazz-steeped approach to bluegrass as heard on albums like “Manzanita” (1979) and “Mar West” (1980).

Mr. Rice also recorded more mainstream and traditional material for numerous other projects, including a six-volume series of albums that paid tribute to the formative bluegrass of the 1950s.

Most of Mr. Rice’s releases after 1994, the year he got his vocal disorder diagnosis, were instrumental projects or collaborations, like “The Pizza Tapes,” a studio album with Mr. Grisman and Jerry Garcia of Grateful Dead fame; Mr. Rice contributed acoustic guitar.

His survivors include his wife of 30 years, Pamela Hodges Rice, and his brothers Ron and Wyatt. His brother Larry died in 2006.

Mr. Rice cut a dashing figure onstage, complete with finely tailored suits and a dignified bearing, as if to gainsay the lack of respect bluegrass has sometimes received outside the South, owing to its hardscrabble rural beginnings.

Mr. Rice was as conscious of these cultural dynamics as he was of the limitless possibilities he saw in bluegrass music.

“Maybe the reason I dress like I do goes back to the day where, if you went out on the street, unless you had some sort of ditch-digging job to do, you made an effort to not look like a slob,” he told his biographers, Tim Stafford and Caroline Wright, for “Still Inside: The Tony Rice Story” (2010).

“Back in the heyday of Miles Davis’s most famous bands, you wouldn’t have seen Miles without a tailored suit on,” he went on. “My musical heroes wear suits.”