Every Monday, the Times TV critic Margaret Lyons picks the best of what’s ahead before the weekend. Check back each week for more recommendations.

I Want to Embrace My Pessimism 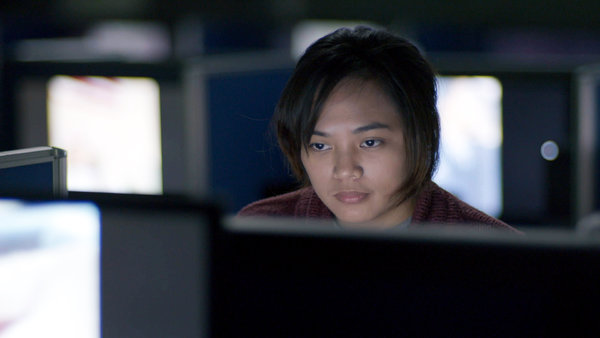 If you think the internet is full of horrible, horrible things, you’re completely correct. It’s basically the fatberg of humanity. This documentary introduces some of the content moderators tasked with keeping it a slightly cleaner, safer place — but that means they have to look at thousands of photos a day, many of which depict awful crimes against children, acts of terrorism and any manner of unconscionable behavior.

Most of these moderators live in the Philippines, and many work under terrible conditions and are traumatized by the awfulness they encounter. The next time you think your Facebook feed is a cesspool just because people are sharing too many annoying videos, take a moment to consider how much has already been filtered out.

I Want Something Forged by the Power of Grayskull

‘She-Ra and the Princesses of Power’
When to watch: Starting Thursday, on Netflix.

This reboot of the ’80s cartoon reimagines She-Ra and the magical land of Etheria more in the vein of “Steven Universe,” where collaboration reigns and the aesthetics are less steroidal. Our heroine is Adora, a teen orphan raised within the cutthroat world of the Horde, who accidentally finds a magical sword — and wouldn’t you know it, she’s really a princess, and she has powers she never knew about. The show takes a little while to get going, but once the rules of the world are set, things pick up substantially.

‘Being Erica’
When to watch: Now, on Hulu and Amazon.

“Being Erica” has been on Hulu for a long time, but now it’s available on Amazon, too. It is one of my favorite shows ever, and if you’re looking for an opportunity to experience every emotion, but mostly self-forgiveness, watch this Canadian magical-realism treasure.

Erin Karpluk stars as Erica, a woman with a surprising failure to launch, who is wracked with guilt and regrets about her life. Then a mysterious therapist gives her the chance to go back in time and “fix” all the mistakes she claims she made. While nothing goes exactly according to plan, Erica’s life starts to improve, and she starts to understand herself and other people with more compassion. If you like Canadian shows in general, or the tone of “Younger,” or stories of self-actualization that are not primarily about romance — or if you just want something gentle but adult — watch this.