John C. Reilly knows the value of a great partnership, and since September he’s doubled up in “Ralph Breaks the Internet” (with Sarah Silverman), “The Sisters Brothers” (Joaquin Phoenix) and “Holmes & Watson” (Will Ferrell).

Now comes “Stan & Ollie,” opening Friday, Dec. 28 in New York and Los Angeles before a national rollout on Jan. 25. In it, Reilly plays the outsize Oliver Hardy to Steve Coogan’s diminutive Stan Laurel, snagging a Golden Globe nomination for best performance by an actor in a motion picture, musical or comedy.

“Stan & Ollie” has plenty of both — the classic slapstick, the sweetly zany song-and-dance routines — as it follows the legendary duo through variety halls in 1953 Britain while the men try to jump-start their stalled careers. And their bickering wives (Shirley Henderson and Nina Arianda) say what their husbands dare not.

But mostly it shines a light on the tender twilight of Laurel and Hardy’s enduring collaboration, and the hurdles — Hardy’s gambling and poor health, Laurel’s lingering resentment after Hardy briefly went solo — that threatened to stop the show. KATHRYN SHATTUCK 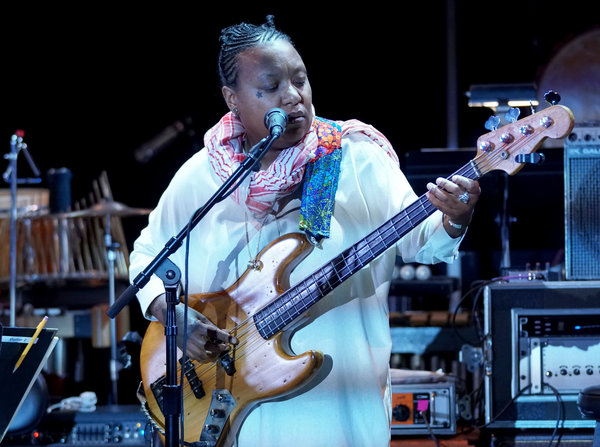 It’s never hard to find jazz in New York City, where one night’s worth of bookings can range from classic bebop to the most outré fringes of the avant-garde. That might explain the sheer breadth of Manhattan’s largest and most forward-looking jazz festival, the Winter Jazzfest, which has steadily expanded steadily its founding as a one-day, one-location concert in 2005.

This year’s edition supplements its two-day marathon on Jan. 11 and 12 (over 100 artists across 11 downtown venues) with a half one on Jan. 5, featuring a comparatively manageable six stages. The festival’s 2019 artist-in-residence, the genre-agnostic singer, bassist and bandleader Meshell Ndegeocello, will perform during both the full and half marathons. She will also helm a Prince tribute concert at Le Poisson Rouge (Jan. 4) and play from her own catalog at the intimate club NuBlu 151 (Jan. 10).

In total, the festival shows jazz at its most expansive and inclusive: It’s the only Stateside jazz festival to participate in Keychange, a program that encourages festivals to reach gender parity in their lineups by 2022. NATALIE WEINER

Haven’t heard of Marie Kondo and her mission to “spark joy” by decluttering the world? You must have been buried under a mountain of stuff.

The Japanese Kondo achieved cultish devotion upon the 2014 publication of “The Life-Changing Magic of Tidying Up,” with its charmingly singular rule: Hold each item and if it doesn’t elicit a sensation akin to cuddling a puppy, then send it packing — but not before honoring its former place in your life with a “thank you.”

Now, timed perfectly to resolutions season, Netflix is unveiling “Tidying Up With Marie Kondo” on New Year’s Day. In eight episodes, Kondo tutors Americans at pivotal points in their lives — a new marriage, a baby’s arrival, an empty nest, a husband’s death — in her KonMari Method, which advocates simplifying, organizing and storing in five categories (clothing, books, paper, miscellaneous, which she calls komono, and sentimental items). Then there’s folding, folding, folding, accompanied by crying, crying, crying.

“I’m so excited because I love mess,” says an exuberant Kondo, who believes that a clean home results in happier relationships. Now, go thank your stuff and set it free. KATHRYN SHATTUCK

The dancers aren’t the only ones on the brink of exhaustion by the end of this jam-packed festival, which started 10 years ago as the brainchild of Thomas Benjamin Snapp Pryor. Mercifully, it’s a good tired.

Yet Realness, running 10 days at 12 venues across New York City, offers more than performances. Five lecture performances will explore ideas around creative practice and protest. And Emily Johnson’s “Kin” series, Jan. 5-10, at Performance Space New York will highlight the work of five Indigenous artists from Australia, along with the New York-based Muriel Miguel. The only problem will be fitting it all in. GIA KOURLAS

Don Freeman is most famous for his 1968 children’s book “Corduroy,” about a lonely department-store teddy bear finding a friend. The story is sweet but deeply melancholy, and Freeman’s illustrations, which combine saturated colors with a muscular line, have a beguiling gravity.

The Californian transplant and Art Students League of New York alum, who died in 1978, also applied his talent to vistas of the city in the 1930s and ’40s. Examples at the Museum of the City of New York’s delightful holiday show include crowded El trains, children escaping hot tenement apartments on their fire escapes, bumper-to-bumper traffic in Columbus Circle and, as in this cartoon, backstage on Broadway. WILL HEINRICH

The great Italian conductor Arturo Toscanini was in his 60s when a gang of fascists assaulted him in 1931 Bologna for refusing to play their anthem. With Benito Mussolini in power at home and Adolf Hitler ascendant in Germany, Toscanini looked on in horror as European nations codified bigotry into law and hurtled toward war. Hitler once sent him a fawning letter, hoping in vain to lure him to perform at the Bayreuth Festival. Mussolini wiretapped Toscanini’s hotel room and, overhearing him decry anti-Jewish measures, had his passport taken away.

Eve Wolf’s multimedia “Maestro,” a music-drenched historical drama that follows Toscanini through the ’30s and ’40s, mixes in an affair of the heart, too, as the world comes apart. Starring the leonine Australian actor John Noble (“Fringe”) as Toscanini, and produced by the Ensemble for the Romantic Century, the show is based partly on the conductor’s letters to his much younger lover. Performances start on Thursday, Jan. 3, at the Duke on 42nd Street in Manhattan. LAURA COLLINS-HUGHES

The conductor Paavo Jarvi is a mainstay at the New York Philharmonic: This March marks the 20th anniversary of his first appearance with the orchestra, and last season he led a bracing account of Sibelius and Rachmaninoff. This week, Jarvi fills in last-minute, as the hotly anticipated debut of conductor Mirga Grazinyte-Tyla was postponed because of the birth of her first child.

The dependably revelatory Jarvi will oversee a program including not only two repertory chestnuts — Dvorak’s Cello Concerto, with the soloist Gautier Capuçon, and Ravel’s “Daphnis et Chloé” Suite No. 2 — but also a lesser-heard movement from Sibelius’s enchanting “Lemminkainen Suite.” WILLIAM ROBIN