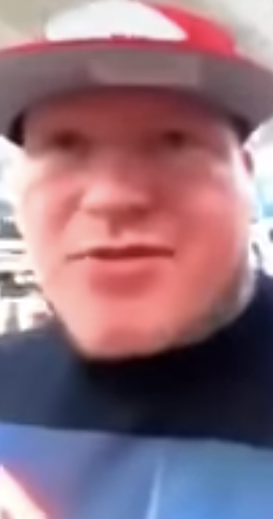 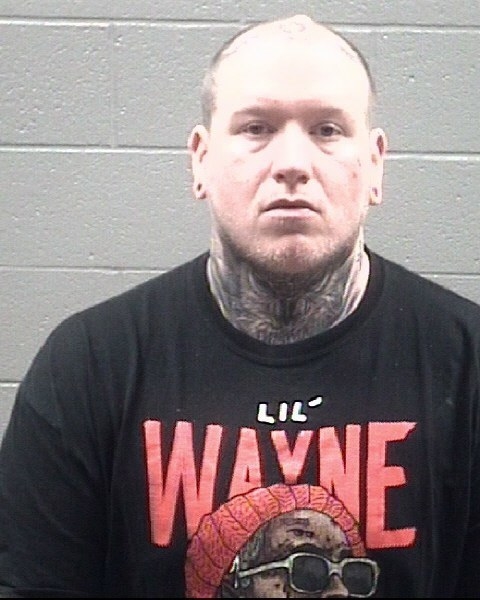 A 31-year-old man from North Carolina has been arrested after allegedly pretending to have the coronavirus and boasting about going to a Walmart in a Facebook video.

Justin M. Rhodes filmed himself walking around a Walmart store in Albemarle last week in a video for his followers.

In the video, he claimed he “definitely tested positive for coronavirus” and was asked to self-quarantine for 14–21 days.

However, he claimed he was asymptomatic but said, “I gotta eat too, so y’all just gotta deal with it.”

The rest of the nearly three-minute video features Rhodes discussing other places he had supposedly been that day and observing others in the store.

It has since been apparently deleted from Facebook, but lives on YouTube where it has been viewed more than 4 million times.

After numerous people reported the video to the Albemarle Police Department, officers began to investigate.

In a statement, Albemarle police said they brought the case to the local health department, which confirmed that “no one in Stanly County has tested positive for the Coronavirus.”

On March 20, detectives arrested Rhodes and charged him with felony perpetrating a hoax in a public building and disorderly conduct. His first court appearance in March 30.

Many local residents cheered the arrest of Rhodes on the department’s Facebook page.

“Y’all, I’ve never seen our community come together so much over one post,” wrote one person.

Rhodes posted an apology on Instagram, which he shared with BuzzFeed News. In it, he said he hadn’t been taking the virus seriously, and he has since been doing research and has realized the error of his ways.

“I am sincerely sorry, I acted very foolishly, stupidly, and during an uneasy time not only for our community but for the world,” he said. 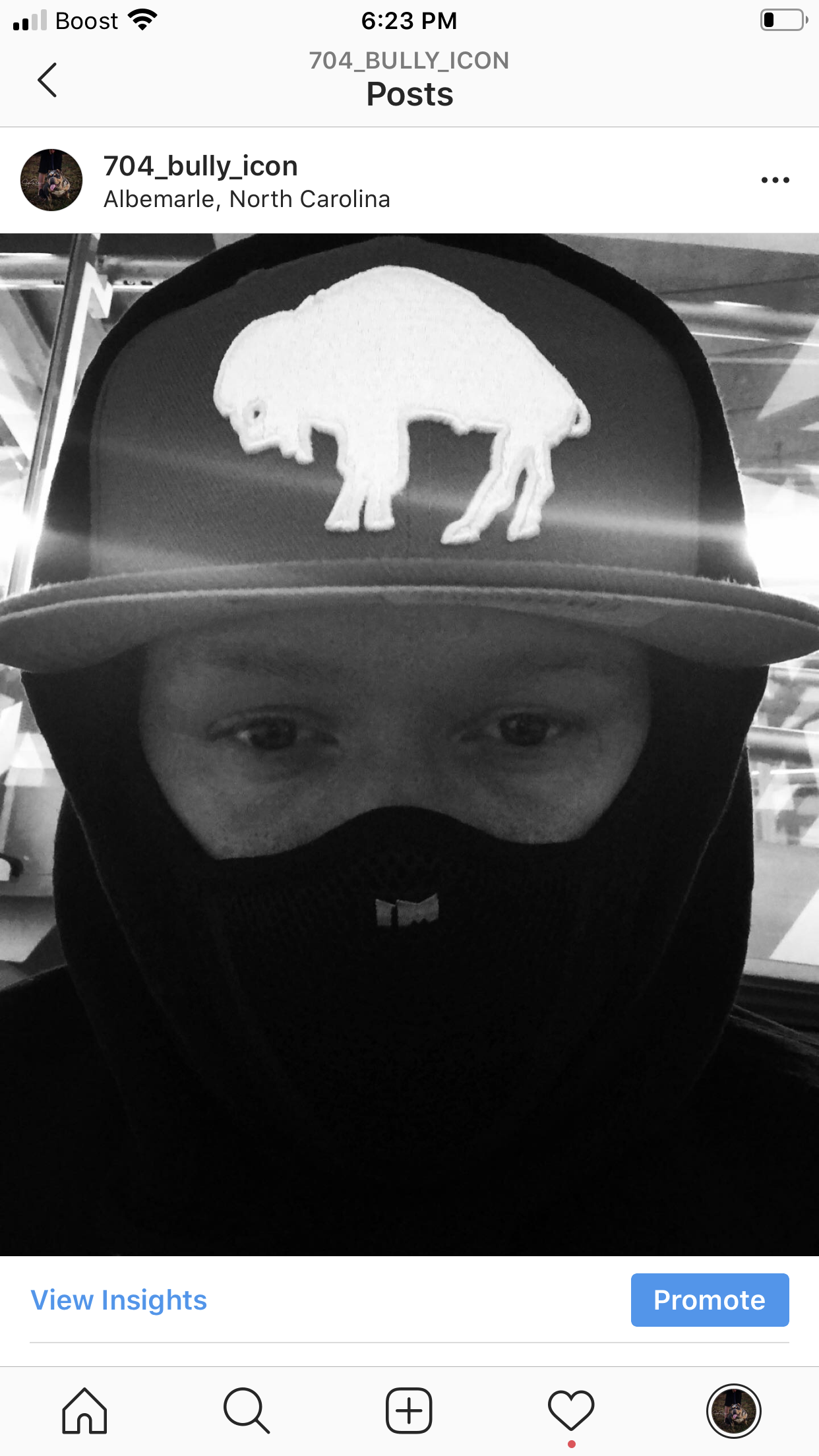 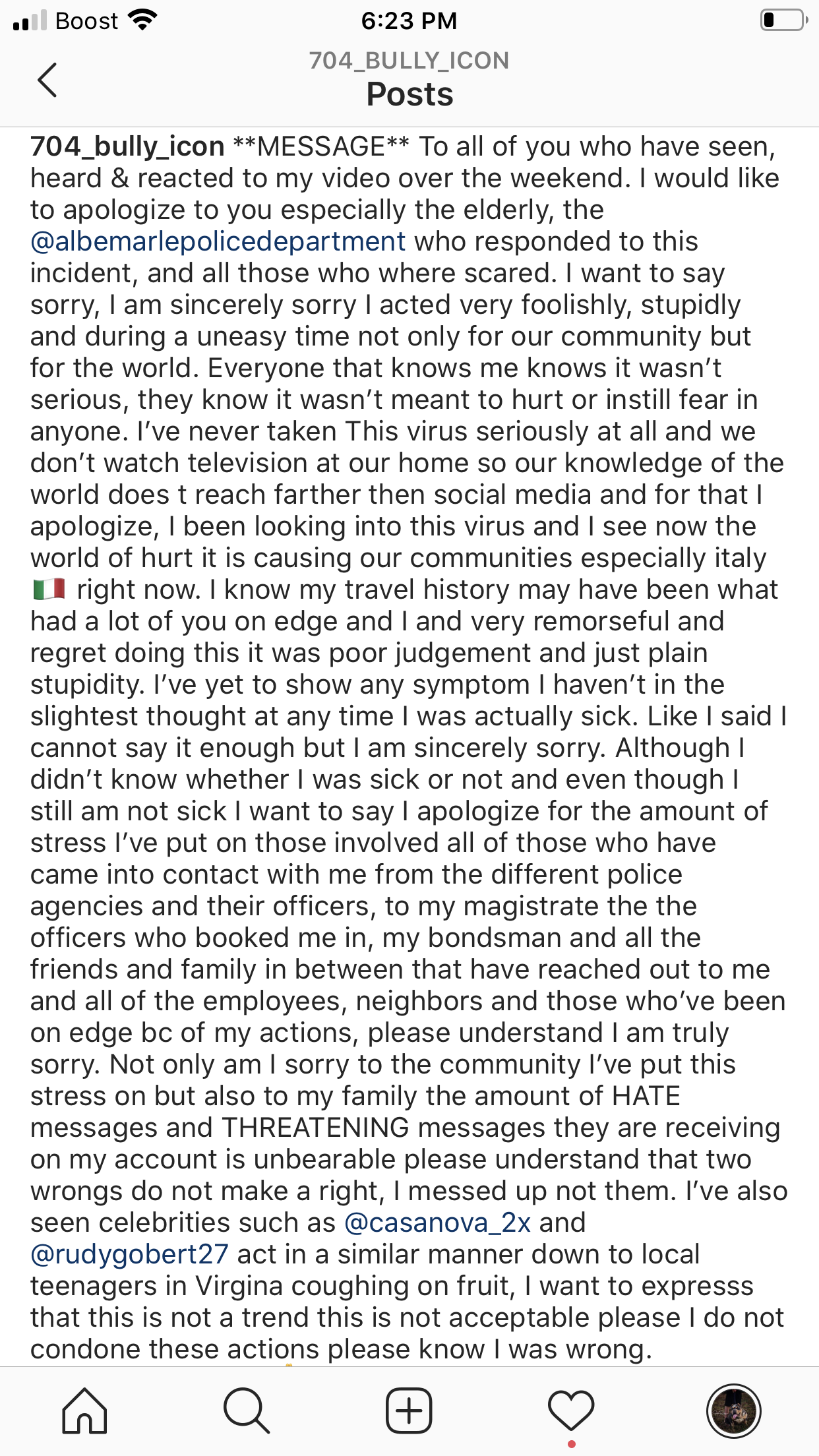 He told BuzzFeed News that his family, including his kids, have been getting hate messages, and said he wanted them to stop.

“Although people are mad and outraged two wrongs don’t make a right,” he said.