The 116th Congress will have a record number of women. So that means more women will bring their vaunted ability to compromise and work across the aisle. Right?

No, as it turns out, women are no more immune to the forces intensifying partisanship than men. That’s what political scientists have found. And some of the positive qualities women are praised for bringing to public office — collegiality, collaboration, relentless work ethic — aren’t born of some sort of innate gendered goodness. Chalk it up to self-preservation. As in other fields, women in politics often feel that they are held to a higher standard than men — and that they may lose their seats if they don’t deliver legislation.

Rather than an outbreak of bipartisanship, party polarization among women could well increase. That’s because the majority of women elected are Democrats, many Republican women elected are conservatives who’ve embraced President Trump, and both parties face pressures from their base to tack left or right.

It is true that women in Congress play on softball teams that include Democrats and Republicans — with no fewer than four captains last year, two Democrats (Kirsten Gillibrand of New York and Debbie Wasserman Schultz of Florida) and two Republicans (Shelley Moore Capito of West Virginia and Ileana Ros-Lehtinen of Florida). The men, on the other hand, play partisan ball. Women in the Senate gather for a regular dinner, and there is a longstanding bipartisan Women’s Caucus. But that doesn’t necessarily translate into bipartisanship on votes or even sponsoring bills.

“It’s Washington lore that at cocktail parties you develop these friends, everyone holds hands and sings ‘Kumbaya’ — but you’re first and foremost a partisan when you get to Capitol Hill,” said Jennifer L. Lawless, a political scientist at the University of Virginia.

She and a colleague evaluated bipartisanship on several measures, including how often men and women co-sponsor bills with members of the opposite party and whether men and women opted to travel on official congressional delegations with members of both parties, rather than stick to one-party travel. They found no differences between the sexes.

Tracy Osborn, a political scientist at the University of Iowa, notes that most research has found female politicians have grown apart ideologically. In her study analyzing roll-call votes in state legislatures, she found increasing polarization. Moderate Republican women once joined forces with Democrats to support such issues as abortion rights, but moderate women have felt increasingly unwelcome in the Republican Party, said Michele Swers, a professor of government at Georgetown. Democrats are in their own tug of war between progressives and centrists.

A database of all bills introduced to the House of Representatives from 1963 to 2009 showed that women not only propose more legislation than men, but they also do so on a wider range of issues. That research, conducted by Mary Layton Atkinson and Jason Harold Windett, political scientists at the University of North Carolina at Charlotte, found that women who were successful at deterring challengers in primaries introduced twice as many bills as men. They deduced that women feel they must demonstrate more accomplishments than men to stay in office.

Indeed, studies have found that women in Congress are highly effective — they steer more federal spending to their districts than male legislators and have higher rates of passage of their sponsored bills, for example, according to Mirya R. Holman, a political scientist at Tulane University. (The only exception is bills on issues affecting women, health, education and social welfare, which may encounter institutional roadblocks). 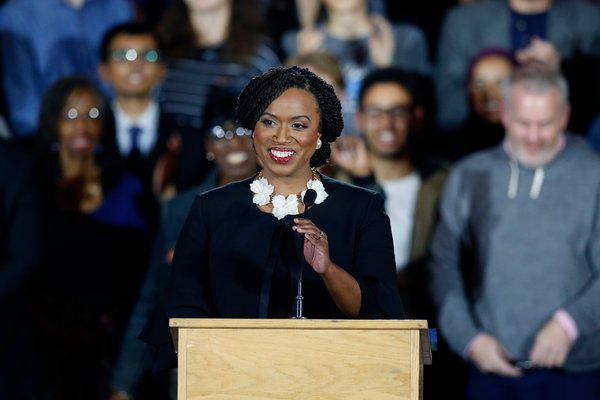 Women in Congress say they bring their perspective to fill yawning gaps and previous blind spots in legislation. Issues at the forefront of the Democrats’ agenda affect women disproportionately — more women live in poverty, more receive Medicare or Medicaid because they live longer than men, and many women oversee health care and education in their households.

Veteran congresswomen cite examples of their advocacy. Representative Barbara Lee, Democrat of California, said she presses to make sure that clinical trials include women of color, since they have often been left out of medical studies. Professor Swers noted that Senators Gillibrand of New York and Claire McCaskill of Missouri and former Senator Kelly Ayotte of New Hampshire were driving forces behind hearings and legislation on sexual assault in the military, even if their specific solutions differed.

Of 83 women interviewed by the political scientist Kelly Dittmar and her co-authors for a recent book on women in Congress, “A Seat at the Table,” many said that they focused on getting things done — and that building personal ties can help them try to find some aspect of policy they can collaborate on. So even if the overall number of bipartisan bills isn’t different for women than for men, they do feel as though collaboration matters.

Representative Grace Meng, Democrat of New York, said: “It’s nothing scientifically proven, but I do feel women legislators have a very different dynamic when they’re working together. I have a network of women members, and when we have ideas we bounce them off each other and no one’s worried about someone stealing credit.”

She conceded that it has been harder than ever before to find cross-party agreement, but she pointed to two bipartisan initiatives: hearings on sexual assaults in the workplace, and her work with Republicans to offer wider access to feminine hygiene products. And constituent protection will unite congressional delegations: Representative Martha Roby, Republican of Alabama, worked with her Democratic colleague from Alabama, Representative Terri Sewell, to defeat amendments that would have harmed Alabama’s catfish industry, much of it in Representative Sewell’s district.

Professor Swers noted that women elected from swing districts will have incentives to embrace moderation and strike compromises to keep their seats and to placate voters disillusioned with congressional paralysis. With Democrats in control of the House, more women will be in positions of power in the institution — Nancy Pelosi of California may well become speaker again, and women will head a few powerful committees like Appropriations and Financial Services.

In the end, even with the record numbers of women elected, they remain less than one quarter of Congress. “We’re still a foreign body,” Representative Meng said.

Susan Chira is a senior correspondent and editor covering gender issues, and was part of a team that won a Pulitzer Prize in 2018 for public service for reporting on workplace sexual harassment issues. @SusanChira