The Billie Holiday Theater offers a live performance of “12 Angry Men…and Women: The Weight of the Wait” in front of a Black Lives Matter mural. 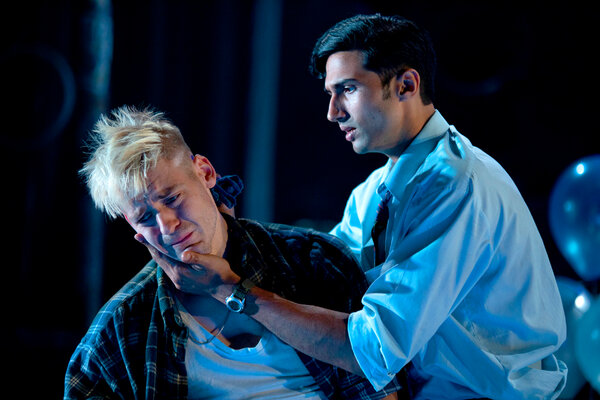 It has now been six months since American theater turned off its lights and embarked on a quest to simply exist. Tracking the ever-mutating world of streaming theater for this column has been an education, to say the least. Play readings, for example, tended to be reserved to industry folks; now they are a big part of theater fans’ diet. All shows used to be by appointment; now we differentiate between the ones available on demand and the ones where we do have to turn up in time.

On the other hand, we can watch livestreams from London from the comfort of our American BarcaLoungers while ordering takeout in the middle of a scene. You say “at long last,” I say “I miss those uncomfortable seats and interminable bathroom lines.”

And now, on with the shows. 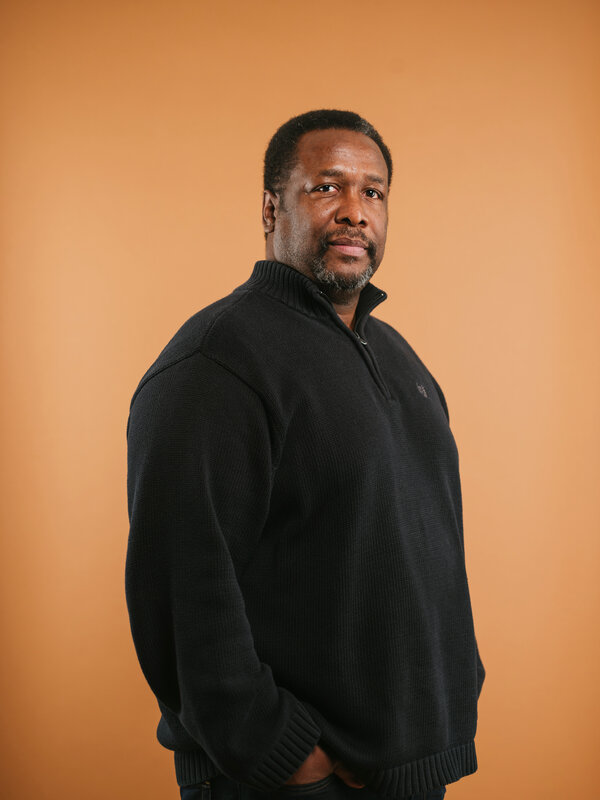 The Billie Holiday Theater, in Brooklyn’s Bedford-Stuyvesant neighborhood, is partnering with the New Press for a live performance of “12 Angry Men…and Women: The Weight of the Wait” in front of a Black Lives Matter mural. Wendell Pierce (who appeared in “Brothers From the Bottom” at the Billie in 2015), Lisa Arrindell and Billy Eugene Jones will read accounts of racial profiling pulled from the anthology “12 Angry Men: True Stories of Being a Black Man in America Today,” with new material about Breonna Taylor. (Sept. 12 at 8 p.m.; thebillieholiday.org.)

A second chance for ‘Three Viewings’

Debra Jo Rupp is best known for “That ’70s Show” but she is also a delightful stage actress — she was particularly good as a sweet baker with not-so-sweet hangups in “The Cake.” She and television husband Kurtwood Smith were planning to team up in person at the Berkshires’ Barrington Stage Company in Jeffrey Hatcher’s “Three Viewings,” but Covid regulations delayed the production. For now we’ll have to do with a live virtual reading. (Sept. 23-27; barringtonstageco.org.)

The virtual streets of Philadelphia

The ambitious Philadelphia Fringe Festival is making the most of the current predicament with over 100 shows — most of them digital, 15 or so performed in safe outdoor settings. Of particular interest is Trey Lyford, Geoff Sobelle and Steve Cuiffo’s “Elephant Room: Dust From the Stars,” a sequel to their very funny magic show “Elephant Room.” (Sept. 10-Oct. 4; fringearts.com.)

Philly’s Pig Iron Theater Company is livestreaming “Zero Cost House (for Zoom),” a collaboration with the Japanese playwright Toshiki Okada that premiered in 2012 and has been revised for the most significant technology to hit theater since the body mic. The semi-autobiographical story incorporates references to “Walden” and the Fukushima nuclear disaster. (Sept. 18-25; pigiron.org.)

Britain seems to be moving faster than the United States when it comes to livestreaming major physical productions. The Old Vic’s very popular series In Camera continues with Brian Friel’s “Faith Healer,” starring Michael Sheen, David Threlfall and Indira Varma. As with the previous shows, “Lungs” and “Three Kings,” the performances take place in an empty auditorium. (Sept. 16-19; oldvictheatre.com.)

Over at the Bristol Old Vic, Emma Rice (“Brief Encounter”) is recreating her 2017 musical staging of the French-Belgian comedy “Romantics Anonymous,” complete with real live actors engaging in real live kissing — a frisson of danger in our age of distanced art. (Sept. 22-26; wisechildrendigital.com)

Many shades of wit

The Noël Coward Foundation is throwing “A Marvellous Party” to celebrate the centennial of its namesake’s West End playwriting debut. Kate Burton, Judi Dench, Stephen Fry, Montego Glover, Derek Jacobi, Cush Jumbo, Kristine Nielsen, Bebe Neuwirth and Emma Thompson have R.S.V.P.’ed. You might have to bring out the cocktail tumbler for this one. (Sept. 20 at 2:30 p.m.; broadwayondemand.com.)

Curve Leicester has made available captures of four full productions, including Oscar Wilde’s “The Importance of Being Earnest.” But the real draw in the batch might well be Hanif Kureishi’s stage adaptation of his own screenplay for “My Beautiful Laundrette,” with new music by Pet Shop Boys’ Chris Lowe and Neil Tennant. (Through Oct. 31; curveonline.co.uk)

Another institution that has been opening up part of its archive for free is New York’s Wooster Group. Its latest offering is “The B-Side: ‘Negro Folklore From Texas State Prisons,’ A Record Album Interpretation,” in which the company stages a 1965 compilation of songs recorded by convicts. Don’t forget to check out the bonus videos that accompany the show. (Through Sept. 14; thewoostergroup.org.)

A Karen performance you can enjoy

It was only a matter of time until a so-called Karen would come to the stage — after all, performative emotion is a big part of that unfortunate phenomenon. The new “Karen, I Said” is written and performed by Eliza Bent, a quirky talent who had explored cultural appropriation in “Aloha, Aloha, or When I Was Queen.” (Sept 23-26; elizabent.wordpress.com.)

The switch to digital has not slowed down the popularity of interactive shows. The Houston company Strange Bird Immersive has made the transition better than many, with viewers of its show “The Strange Secret of Mr. Adrian Rook” visiting a series of Zoom rooms on their way to uncovering what happened to the title character. The big reveal came as a total surprise to me but judging by the chat window, my fellow amateur detectives were a lot more on the ball. (Through Oct. 10; strangebirdimmersive.com.)

Back to the classics

The producer Scott Siegel’s concerts, such as the Broadway by the Year series, have always tended to focus on the material rather than the razzmatazz, so their relatively pared-down approach makes them a good fit for a digital transfer. Even better, Siegel is able to pay the performers who appear in his virtual Great American Songbook shows, which premiere every other Thursday. This week’s edition stars Elizabeth Stanley, Christine Andreas, Lilli Cooper, Lisa Howard and the “Forbidden Broadway” favorite Jenny Lee Stern. (Thursday 10; siegelpresents.com.)