VIENNA — There was no mistaking the Vienna Philharmonic’s plush sound in November at the Musikverein here, as Franz Welser-Möst conducted excerpts from Wagner’s “Götterdämmerung.” Gentle strings, glowing brass and a blend across all instrumental sections spoke to a culture of playing that has been cultivated since the 19th century.

But even for an orchestra that lives and breathes tradition, recruiting the next generation of talent is no longer self-evident. That is why, for the first time in its history, the Philharmonic is opening an academy to train musicians hands-on. Auditions begin early next year amid a busy schedule that includes touring to Lugano, Switzerland; Salzburg, Austria; Frankfurt; Budapest; and, in early March, New York.

Orchestra academies offer young players a transition from conservatory to professional life but also allow institutions to pass on their specific culture of playing. The Berlin Philharmonic has maintained its own academy since 1972, at the initiative of Herbert von Karajan, and graduates currently occupy about 30 percent of the orchestra’s seats. More recently, in 2014, the Shanghai Symphony began partnering with the New York Philharmonic to prepare instrumentalists in China for the demands of orchestral life.

The Vienna Philharmonic’s academy will be comparatively small and exclusive. Only 12 players, ages up to 26, will gain admission to a fully subsidized two-year program not only immersing them in the traditional curriculum of chamber music, private lessons and performances with full orchestra, but also exposing them to Austrian culture and history. At least one instrumentalist will be from the United States, thanks to support from the Vienna Philharmonic Society, and talks are underway with leading East Coast conservatories.

The double-bassist Michael Bladerer, who also serves as managing director of the self-governed orchestra, admitted that the Philharmonic had been disappointed in recent years with the quality of auditions for new players. He hopes that the academy will raise standards. 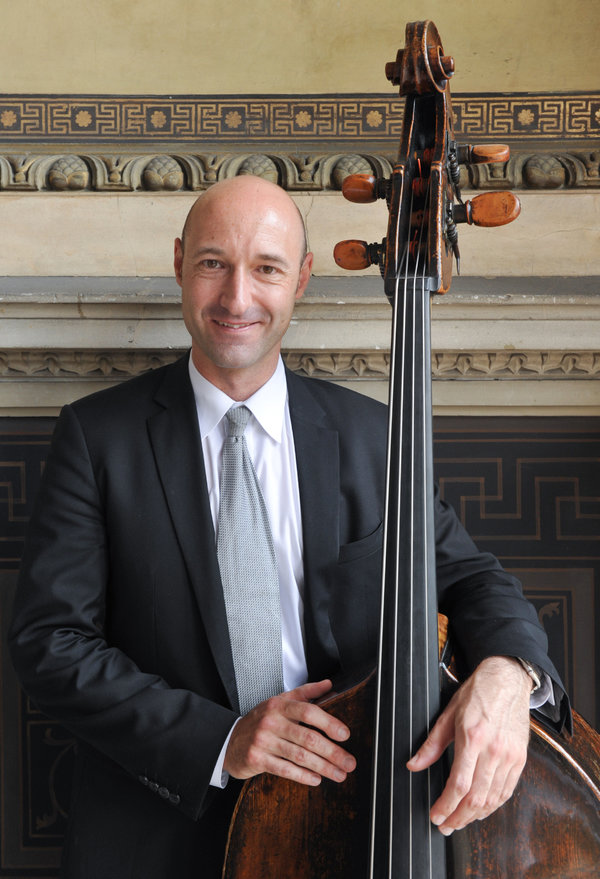 “Very often people are good technically, but we don’t always find what we are looking for,” he said. There is a desire, he said, to hear what he called “character,” adding, “In opera, it is about life and death.”

The Philharmonic divides its time between the pit of the Vienna State Opera and a schedule of up to 130 concerts annually. Players must rapidly learn new repertoire and, in the absence of a general music director, adapt to the style of different conductors. Even in pure orchestral music, the Philharmonic — and in particular the string section — is known for its singing quality.

Mr. Welser-Möst likened the orchestra’s musical language to a dialect that must be preserved in an age of internationalization. He called the academy an important initiative for ensuring that the Vienna Philharmonic would not become interchangeable with other orchestras, citing as examples the Berlin Philharmonic, Bavarian Radio Symphony Orchestra and the Philadelphia Orchestra, which are also famous for their rich strings.

“It is about having everyone speak the same language,” he said.

Seasoned conductors such as Mr. Welser-Möst, Riccardo Muti, Zubin Mehta and Herbert Blomstedt are already lined up to coach and lecture academy members when they are conducting the Philharmonic in Vienna. Plans are also underway for the academy to perform its own chamber series at the Musikverein and at the Stift Melk, an opulent baroque abbey in Lower Austria where players will enjoy a tour of the monastery library, crypt and more.

“One has to have seen, felt and smelled it to understand how old this culture is,” Mr. Bladerer said. “You can’t just read about it or look at a picture.”

Academy members will also be encouraged to study scores and letters in the archives of the Philharmonic and the Musikverein in connection with a given piece of music. The Philharmonic’s chairman and first violinist, Daniel Froschauer, recalled the impression of studying the original score of Schubert’s Fourth Symphony during rehearsals.

“One never forgets it again,” he said. “Now that I’ve seen how the crescendi look, I play it differently.”

The Philharmonic has distinguished itself over the centuries for its specifically Viennese, as opposed to German, sound culture. While it is possible to isolate certain features such as judicious use of vibrato or the sonority of native instruments such as Vienna horn or Vienna oboe, critics often resort to metaphors.

Eduard Hanslick wrote of the “feminine” as opposed to “masculine” approach, the sensual rather than the rigorous, in 1860. As Christian Merlin explains in his recent book “Le Philharmonique de Vienne. Biographie d’un Orchestre” (The Vienna Philharmonic. Biography of an Orchestra), the Viennese style results from the fusion of “Jewish, German, Czech, Hungarian, Slavic, Balkan components, forming a truly multinational melting pot.”

Until the 1970s, the sound culture was easily transmitted as most members studied with a Philharmonic player at the University of Music and Performing Arts Vienna before joining the orchestra. But in recent years, recruitment has become less and less local. The presence of family dynasties has also waned, with percussionists Benjamin Schmidinger, the solo clarinetist Daniel Ottensamer and a handful of other players serving as exceptions.

The orchestra also experienced a large turnover in age and nationality over the past two decades. More than 50 of the orchestra’s 148 players retired from 2000 to 2012, and the Philharmonic’s average age is currently 40. About 30 percent of players are foreign-born, as opposed to 18 percent in 1974.

The majority of foreign players come from Central and Eastern Europe, reaching back to the Philharmonic’s roots in the fabric of the Austro-Hungarian empire, but also extending to Russia (the violinist Ekaterina Frolova is one of 16 women).

As Mr. Merlin notes, the engagement of overseas players has been “more episodic.” At present, only Australia and New Zealand are represented, through three players.

The academy will be an opportunity to widen networks for recruiting and to embed young players in the Philharmonic’s working conditions. Accompanying duties at the State Opera will be limited, however, to ensure students have enough time to practice and win an audition either into the Philharmonic (a process that requires playing in the opera pit for three years before becoming an official member) or another great orchestra.

Mr. Welser-Möst spoke of the need “to infect these young people with the virus”: “It is a calling for most people to be a part of the Philharmonic,” he said, noting the personal dedication with which Mr. Bladerer and Mr. Froschauer are opening the academy.

“The way we play must be experienced,” Mr. Froschauer said. “There is a collective memory that we pass on without knowing it. This is an opportunity for young people from around the world to come and take part.”