In the secular architecture of New York, few houses of worship invite more devotion than our massive sports venues, built on the holy commandments of tax abatements and corporate sponsorship. Nowhere are more elevated hopes kindled or dashed; nowhere else can 20,000 people simultaneously decide that the 25-year-old guy who earns $8 million a year is a total loser.

For nearly four years, the street photographer Jeff Mermelstein had free rein to shoot the congregants at the Barclays Center in Brooklyn — pilgrims to the temporary shrine of Jay-Z or Barbra Streisand or the Nets or professional wrestling. 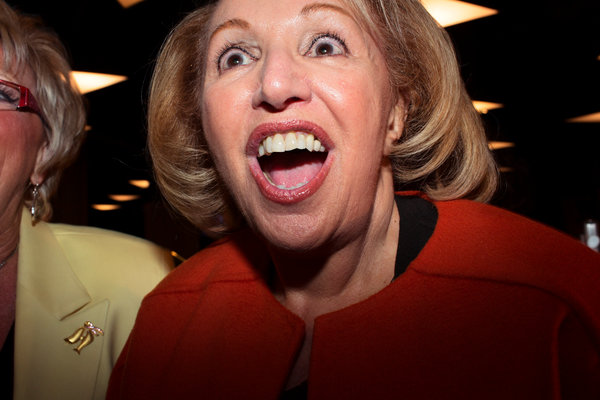 Mr. Mermelstein earned the assignment the hard way: his loft had to be torn down to make room for the arena. From this fraught start began a longstanding friendship with the arena’s chief developer, Bruce Ratner, who commissioned Mr. Mermelstein to do his stuff, no strings attached.

For the photographer, this often meant looking down. Whatever passion drove people to the arena, whatever faith united them, they tended to spill a lot of crap on the floor. Ketchup, soda, clothing, beer, popcorn — for Mr. Mermelstein, each mess suggested some activity that was now past, survived only by this clue. Who places a full bucket of popcorn in an arena corridor?

Really, a pickle? And is it artisanal? (After all, this is Brooklyn).

Mr. Mermelstein photographed performers and athletes and fans inside the arena’s main area, but found he was drawn to the life in the outer corridors, a neutral zone between the street and the big show within. “The corridors became my Sixth Avenue,” he said, referring to the mix of cultures and fashions on one of his choice spots for shooting street life in Manhattan.

“On the most literal level, the main difference is that the corridor is a container. When you walk down any street in New York, it’s open. But in the corridor of an arena, it’s quite closed. It’s a vessel, a ship, even.”

Seventy-one of the images are collected in a book called “Arena,” from TBW Books.

This being Brooklyn in 2019, Mr. Mermelstein’s 300-plus visits to the arena underscored the diversity of life within. Though Barclays, like other venues, has done its best to segregate the most privileged from the least, and the upper-middles from the middle-middles, in the corridors, as in our heart of hearts, we all love Beyoncé or fret the Nets the same.

And we all know that that young millionaire isn’t really a loser. But it makes us feel good to yell it anyway.

John Leland, a Metro reporter, joined The Times in 2000. His most recent book is “Happiness Is a Choice You Make: Lessons From a Year Among the Oldest Old,” based on a Times series. @johnleland