The topology of a Dinara Kasko cake is difficult to explain without discursions into higher math. A Ukrainian architect, Kasko, 30, is drawn to surfaces that are resolutely unflat. Some bulge outward, morphing into a cluster of perfect spheres, like oversize bubbles skimmed off the top of a bath; some sink in concave dips, suggesting valleys of miniature waves — eerie acts of biomimicry. Others rise and fall in a tessellation of triangles with sharp, jewel-like edges, their vertices multiplying. These are speculative structures, based on algorithmic models. They just happen to be rendered in mousse and meringue, destined not to be revered as monuments but eaten.

Baking is an exacting science, requiring finely calibrated scales and thermometers and obsessive tinkering with ratios of liquid and dry, fat and sugar. But Kasko goes further, using tools such as parametric scripting software (which turns designs into code) and an Ultimaker 3-D printer to create thermoplastic prototype molds, which she then casts in silicone and fills with traditional cake components, like almond sponge and passion-fruit crémeux. In spirit, she is a modern descendant of Marie-Antoine Carême, the 19th-century codifier of French cooking who built replicas of Greek ruins and Chinese pagodas out of butter and sugar and claimed confectionery as the primary branch of architecture.

Kasko, the daughter of two engineers, grew up near Kharkiv, Ukraine, where she lives now, 25 miles from the Russian border. Her mother baked only for special occasions: “I remember waiting two to three months for a cake,” Kasko said. Five years ago, she left her job at a design firm to take care of her newborn daughter and soon started an Instagram account (@dinarakasko) for what were then relatively straightforward cakes, constructed in her small home kitchen with little more than a mixer and an oven. She experimented with store-bought molds but quickly exhausted their capacities. So, in 2015, she produced her first prototype on a friend’s C.N.C. (computer numerical control) milling machine, which took a block of wood and carved away everything that was not part of Kasko’s design.

The result: a square cake with long cuts that made it resemble nine separate cubes, airbrushed to a midnight finish with cocoa-butter spray and held together by glossy rivulets of red mirror glaze. A crosscut of the cake on Instagram reveals strata of Emmanuel sponge, airy as a madeleine and studded with red currants; jammy raspberry confit; and jelly and mousse spiked with sparkling wine — the drama of the exterior giving way to something of a giggle, an effervescent memory. Such contrast is key to Kasko’s work. A cake might outwardly be inspired by Miura-ori, an origami fold involving a zigzag series of parallelograms, adapted in the 1970s by a Japanese astrophysicist for the deployment of solar panels on space satellites. But inside is all delicacy and lightness.

Kasko now sells her molds online and travels the world giving master classes. Still, few of her more than 600,000 Instagram followers have had a chance to actually taste her cakes. I was lucky to try one last June at the Metropolitan Museum of Art in New York, a Versailles-style three-tier glory with ornate geometric extrusions in mousse that disappeared, shockingly, under my fork. Kasko had confined herself to ingredients only available in 18th-century France, and suffused the yielding layers with sour cherry and rose. It tasted like summer, fugitive and bright.

This spring, a group of investors will open a pastry shop featuring Kasko’s recipes and designs in Doha, Qatar, with others to come in Moscow and Boston. Kasko never expected to become a recognized pastry chef; at the Met, she told me, “I was a housewife.” But recently, she shifted operations to a separate studio so that her family — soon to include a second child, due in May — no longer has to struggle to sleep while the Ultimaker churns out a template. Such 3-D printing can take as long as four days, provided that nothing goes wrong. “Sometimes there’s lightning,” Kasko said. “Something you just move a bit, and you have to start all over.” 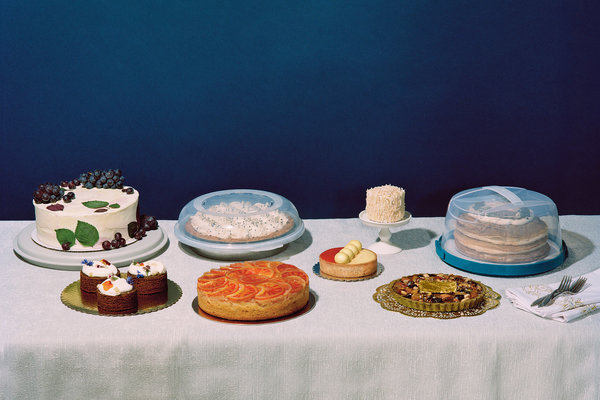 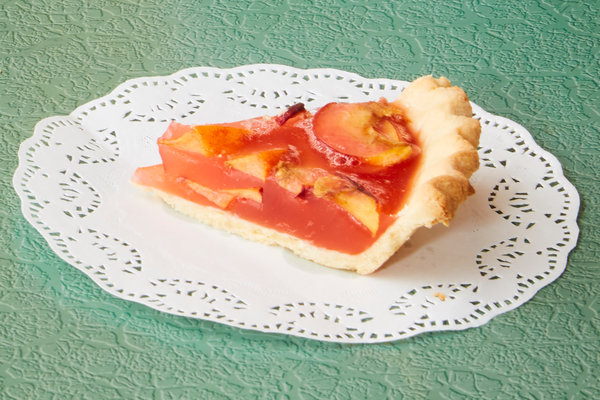 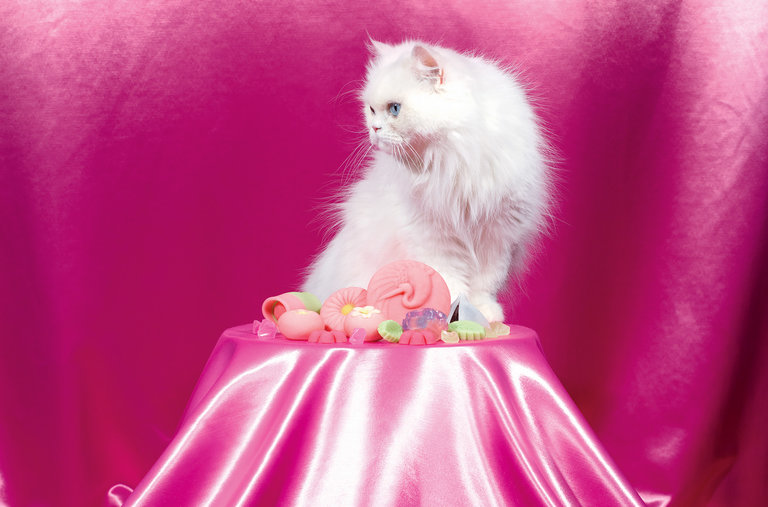