The live-action remake of the hit Disney cartoon stars musician and actor Donald Glover as Simba, and music legend Beyonce as Nala.

The movie is due to hit cinemas on 19 July next year.

The events featured in the trailer follow the original scene closely.

The short clip is narrated by James Earl Jones, who plays the king Mufasa in both the 2019 reboot and 1994 original, as one of the movie’s most iconic scenes is recreated. 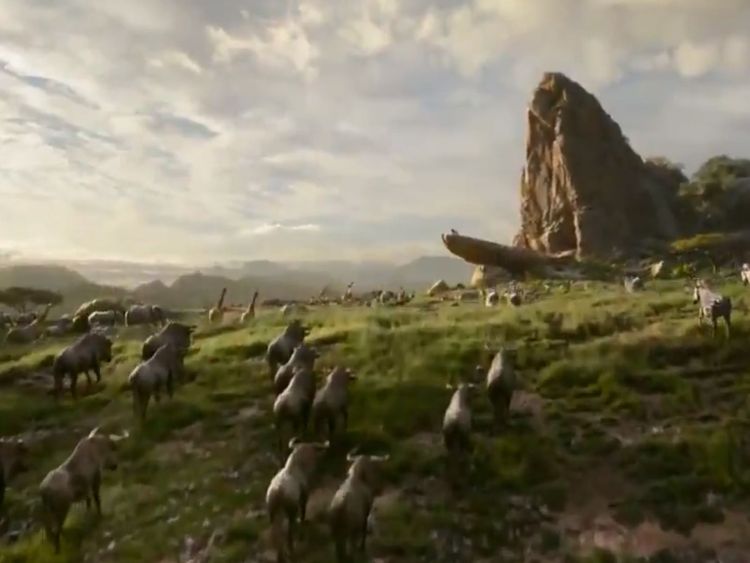 As the young cub Simba, Mufasa’s heir, is held up to be seen by the animals he will one day rule, Earl Jones says: “Everything the light touches is our kingdom, but a king’s time as ruler rises and falls like the sun. One day, the sun will set on my time here and will rise with you as the new king.”

The film follows Simba’s journey from cub to king of the pride, finding love, recovering from tragedy and fighting to take back his rightful place after a betrayal.

The 24-year-old classic is one of Disney’s most beloved titles – and the star-studded reboot is expected to be a box office hit.

English actor John Oliver will voice Zazu, the bird who acts as the king’s adviser, while Billy Eichner and Seth Rogan take on the comedy duo of meerkat Timon and warthog Pumbaa.

The Lion King won an Academy award and Golden Globe for the best original soundtrack.

It was confirmed earlier this year that four songs – Can You Feel the Love Tonight, Hakuna Matata, I Just Can’t Wait to Be King and Circle of Life – will be included in the new version.