Henry James’s 1898 horror novella “The Turn of the Screw” has been adapted into many forms since it was published, including in opera, ballet and theater — some of them great works in their own right. The story, about a young governess who is hired to tend to two orphans at a spooky country estate, has been perfect adaptation fodder because of its characters’ shadowy back stories and its central ambiguity: Are the ghosts in the story real, or are they only in the mind of the governess?

Perhaps nowhere has James’s story proved more fertile than onscreen — mostly in movies, although versions of the story have appeared in TV shows like “Star Trek: Voyager” and the 1960s and ’70s horror soap “Dark Shadows.” On Friday, Netflix will debut the latest such offering, “The Haunting of Bly Manor,” a stand-alone follow-up to “The Haunting of Hill House.” Here’s a look at some of the most compelling screen versions so far and how they put their own spin on the material. 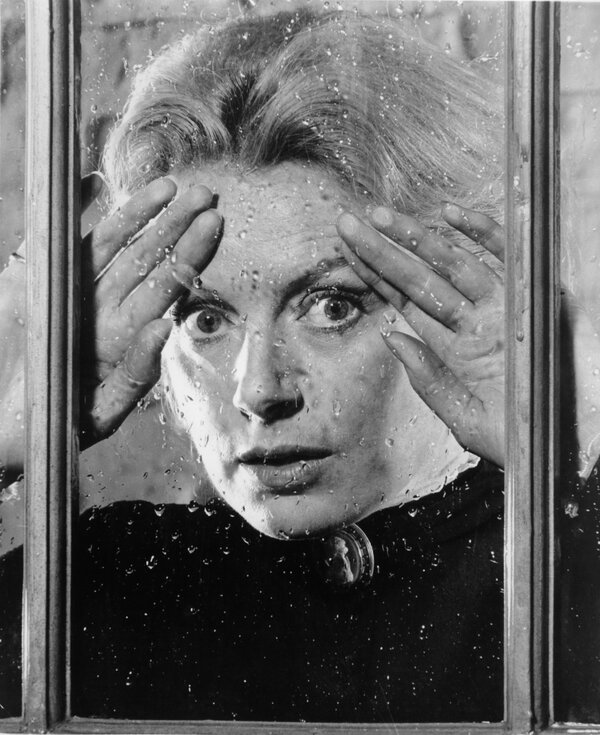 With a screenplay by Truman Capote, “The Innocents” remains the most acclaimed adaptation, partly because of how faithful it is to the original. It depicts all of James’s narrative beats, as the governess (Deborah Kerr) enjoys an idyllic life bonding with a housekeeper, Mrs. Grose (Megs Jenkins), and the two children, Flora and Miles — that is, until she begins to believe that the ghosts of a previous governess, Miss Jessel, and a valet, Peter Quint are possessing the children. The film is beautifully shot, genuinely terrifying, and few actresses have walked the story’s tightrope of ambiguity as well as Kerr.

A prequel starring Marlon Brando (with a terrible Lucky Charms-style Irish accent), “The Nightcomers” backfills the novella’s rough sketches of the lives of Quint (Brando) and Miss Jessel (Stephanie Beacham), their relationship and their corrupting influence on the children. Empowered by the more sexually open filmmaking of the 1970s, here the adults are given a sadomasochistic relationship that Miles and Flora (older here) spy on and begin to imitate. But its Quint’s philosophies on death that risk turning the children into the characters of bad-seed films like “Village of the Damned.”

A Spanish-American production, “Presence of Mind” moves the story to an island off the Spanish coast, gives us a there-and-gone Harvey Keitel as the children’s uncle and an almost campy Lauren Bacall as Mrs. Grose (renamed Mado Remei here). It seems to want the distinction of being the most uncomfortable “Screw” adaptation. Favoring the horror committed by humans over ghosts, it twists James’s characters into unsettling territory, including a revelation that the governess (Sadie Frost) was physically and sexually abused by her father and a squirm-inducing pseudo-romance between her and Miles.

The specter of James’s novella looms over “The Others,” which is not a direct adaptation (it’s set in the aftermath of World War II and features a mother instead of a governess) but uses familiar narrative building blocks: A woman (Nicole Kidman) watches over her two children in an isolated country estate, inhabited only by servants, which appears to be haunted by ghosts. Its tone, however, is where “The Others” most echoes James and “The Innocents,” spooking audiences with a similar slow-burn dread and an uneasy uncertainty about what exactly is going bump in the night.

Distinguished mostly by being the rare “Turn” adaptation in a contemporary setting, “In a Dark Place” makes bargain bin creative choices that appear to be attempts at titillation but are tasteless in execution. Particularly crass are the ways in which it handles the sexual abuse experienced by its governess (Leelee Sobieski) as a child, along with its choice to introduce a gratuitous lesbian relationship between Mrs. Grose (here Miss Gose) and Miss Jessel (Tara Fitzgerald and Gintare Parulyte), and another between Miss Grose and the governess.

Featuring a pre-“Downton Abbey” Michelle Dockery, the BBC’s made-for-TV take on James remains mostly loyal to the source material with some notable exceptions. It moves events forward to the 1920s and offers a higher body count (a maid falls off a roof, possibly pushed by Quint), and gives its heroine (Dockery) a sexual fantasy or two. The film also opens in a sanitarium, where the governess is being interviewed by a psychiatrist, seeding doubts into what we’re about to witness at Bly Manor.

A Brazilian film that relocates the ghost story to a remote coffee plantation, “Through the Shadow” does something rare with the source material: It gives room to the oft-ignored staff at Bly Manor, allowing viewers to see all the work that goes into creating enough leisure time for rich people to worry about ghosts. The film adds racial dynamics, too (the family is Hispanic, and all the servants are Black), augmenting the tension in an already uncomfortable situation.

Set in 1994 for no clear reason, “The Turning” makes other choices that feel like change for the sake of it. Its nanny (Mackenzie Davis) is given a mother who is mentally ill (not cinema’s most subtle foreshadowing), it makes the children (Finn Wolfhard, Brooklynn Prince) more sadistic, and it recasts Quint as a rapist (his relationship with Miss Jessel is consensual in most adaptations). The film also aspires to turn James’s subtle dread into “The Conjuring”-level terror, but the scares don’t rise above those of most B-movies.