The siblings were with two friends when they were assaulted in Nantwich, Cheshire, over the festive period.

They were attacked by a group of thugs in a nightclub on Thursday, according to reports.

AJ, who is one of the professional dancers on hit TV show Strictly Come Dancing, suffered bruising to his face, arms, body and legs, a family spokesperson told Sky News.

Curtis, a pro-dancer on the Irish version of the show Dancing With The Stars, is due to have an emergency operation in the coming days after sustaining knee damage.

He also had injuries to his eye and face. 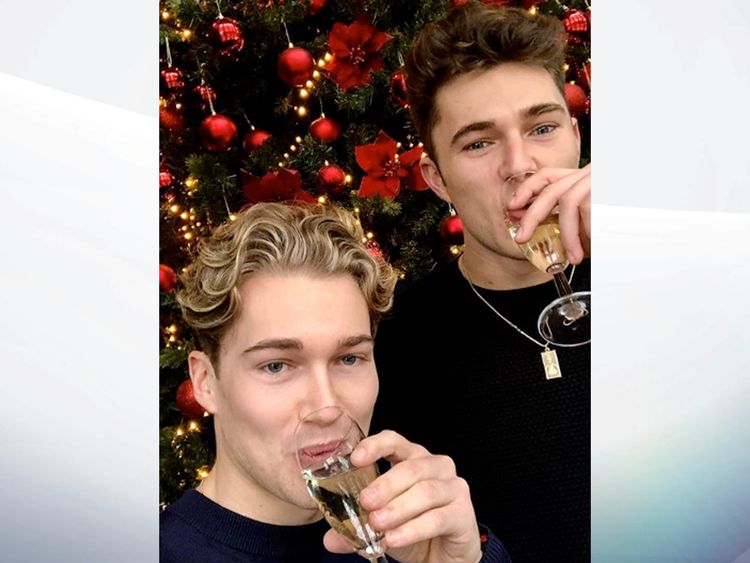 Curtis, 22, has been forced to quit Dancing With The Stars as he will not recover from his injuries in time for the new series which starts in about a week.

A tweet from the show said: “Dancing With The Stars pro-dancer Curtis Pritchard was involved in an incident on 26 December 2018.

“As a result of the injuries sustained, he will not have recovered in time for the launch of the new series, which will air 6 January 2019.

“Dancing With The Stars wish Curtis a speedy recovery.

“A replacement for Curtis on the show is currently being arranged by ShinAwiL and we look forward to welcoming Curtis back when he recovers.”

AJ’s co-stars sent messages of support to the pair, with Giovanni Pernice writing: “Wtf is wrong with this people ????? Guys I’m so sorry @CurtisPritchard @Aj11Ace I’m with you all the way !! Disgusting !!!!”

Katya Jones added: “I can’t believe what happen to @Aj11Ace and @CurtisPritchard . Sending lots of love your way. It’s Christmas people! Where is humanity going? #disappointed.”

A spokesman for the Pritchard family said statements have been given to the force and officers are carrying out an investigation.

In the latest series of Strictly, 24-year-old AJ was partnered with triathlete Lauren Steadman who was the 11th celebrity to leave the show after facing Ashley Roberts in the dance-off.